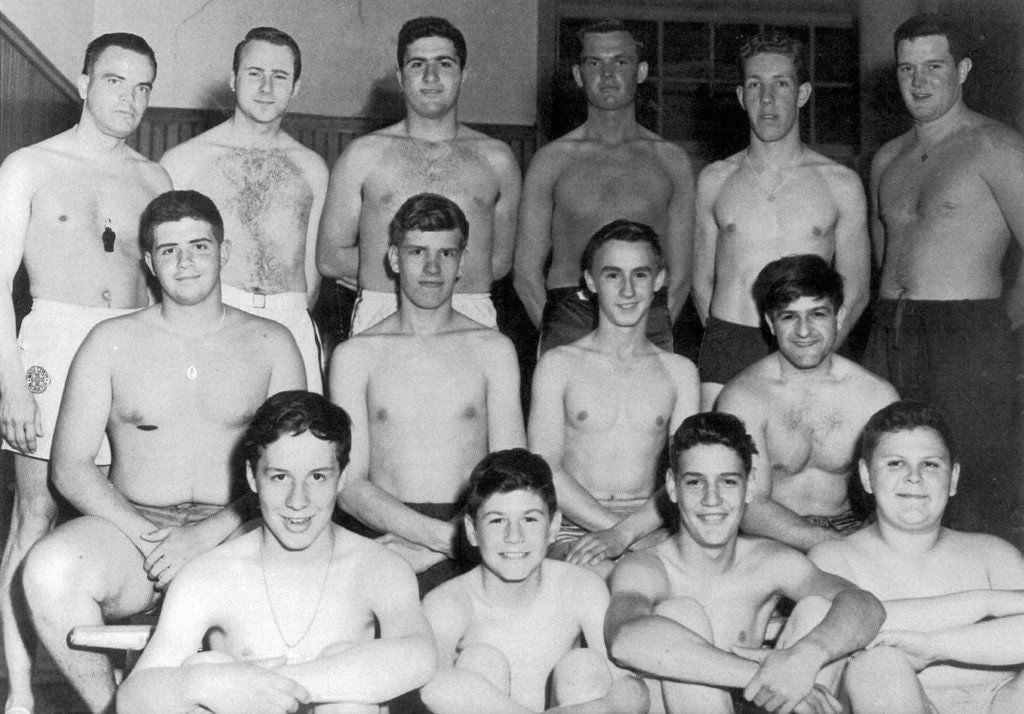 The Salem YMCA Lifesaving Class of 1952, led by Jim Manning. 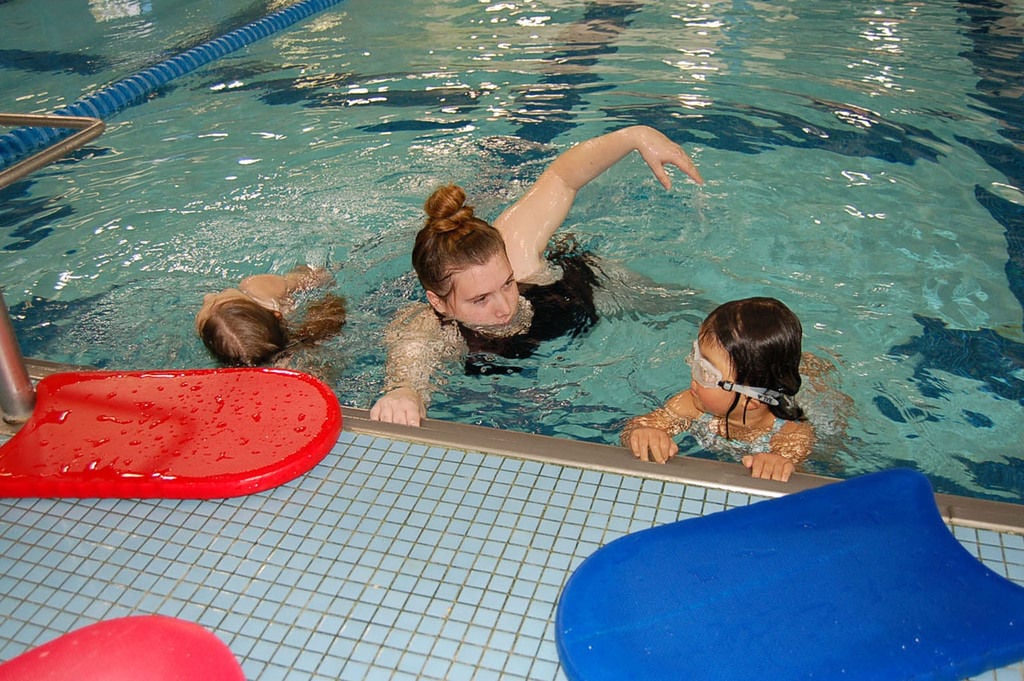 Two children look on as their instructor demonstrates the crawl stroke at the Beverly YMCA Learn to Swim class.

The Salem YMCA Lifesaving Class of 1952, led by Jim Manning.

Two children look on as their instructor demonstrates the crawl stroke at the Beverly YMCA Learn to Swim class.

As the weather warms, swimming is again on our minds as many across the North Shore flock to beaches and to pools. YMCA programs have been influencing the sport of swimming and teaching children aquatic safety for over 100 years.

The country's first reported "swimming bath" was housed in the Brooklyn YMCA in New York in 1885. The trend caught on, and by 1900 over 100 YMCAs had pools.

The Salem YMCA was one of the first in the country to have an indoor filtered swimming pool in the early 1900s.

With the invention of quality filtration systems for swimming pools came the invention of the formal swim lesson. Deaths from drowning were increasing each year, so the Y set out to teach the basics of swimming. In 1909, the Y launched a campaign to teach "every man and boy in North America to swim."

George Corsan of the Detroit YMCA created the concept of the group swimming lesson. Within four years, he had perfected his method and presented it to the national YMCA. The idea caught on and Corsan was asked to travel around the country teaching large group lessons.

Until the last 50 years or so, the YMCA was literally for "young men." A newspaper article from the Salem Y's archives, dated April 6, 1950, read that the Y would "be open one day a week to women because the program has been successful in Lynn and Beverly." By the fall, the Salem Y offered swimming lessons to both men and women, and in February 1951 the Salem Y began offering "Lifesaving" classes to girls as well.

Susan Guertin, the aquatics director of the Marblehead/Swampscott YMCA, recalls, "When I started 39 years ago, women could not swim with the men. I think I was the first one allowed! Men and women had separate times they could use the pool. When they finally combined swim times, the men were not very happy."

Over the years, Guertin has taught thousands of children to swim.

"We used to run swim meets in the tiny pool. There was no room for spectators or swimmers on deck. The grandchildren of my first official class now swim at the Y, and my first assistant, though in her late 70s, is still a lifeguard and participates in Master's Swim."

Swimming lessons are a staple of the YMCA of the North Shore. Local Ys held "Learn to Swim" weeks, which were run under the direction of dedicated staff members like Jim Manning of Salem.

Manning, who joined the YMCA staff in 1935 and continued to be involved right up until his passing in 2003, also pioneered life-saving classes at the Salem Y. During "Learn to Swim" week, any boy in the fifth grade and up was invited to take a week of lessons for free as a public service to the city.

Initially created to increase water safety and decrease incidents of drowning, lessons began as a response to a community need. As they did back then, our local YMCAs have responded to today's community need — new types of aqua fitness and rehabilitation.

Aquatic therapy, for example, can help people recovering from injuries and surgery. The zero-impact workouts allow participants to build their muscles without strain.

"The program gives them their mobility back, allows range of motion and resistance that is impossible to duplicate on land, and often greatly reduces pain much faster than typical land therapy," said Merri-Lynn Lathrop, aquatics director of the Ipswich Family YMCA.

Another new program is SwimFit, which offers fitness swimmers, triathletes and adult competitive swimmers a specialized workout for their interests.

The commitment to the sport of swimming has led our local Ys to have a very successful competitive swimming program. Since becoming the YNS Sharks, they have been crowned YMCA Eastern Massachusetts District Champions and YMCA New England Champions since 1996. They are the largest YMCA swim team in the country and sent 15 swimmers to the National Championships last month in Fort Lauderdale, Fla.

The YMCA of the North Shore's competitive aquatics department has also introduced a water polo team, the YNS Thunderstruck.

"Some of our swimmers take a break from the swim team in the summer but want a way to stay in shape and try something new, so they join the water polo team," says Ogden.

For over 100 years, the Y has helped strengthen our community through swimming programs. It is committed to teaching children and adults the skills they need to stay safe around the water. It is also committed to creating new and fun ways to use the water for fitness and rehabilitation. As times change, so does the YMCA, as it continues to evolve to meet the needs of our community.