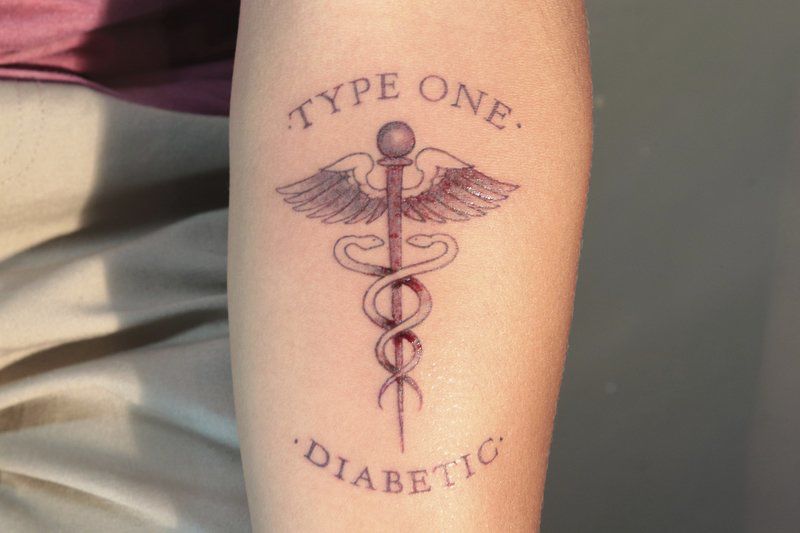 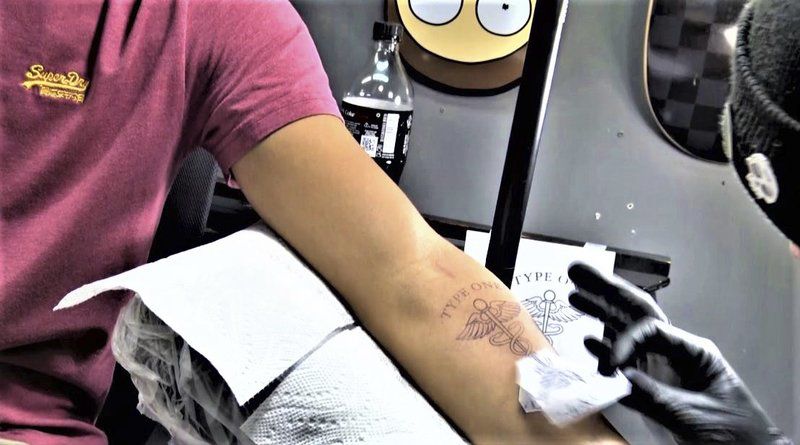 NEWBURYPORT — What if a tattoo could not only be made from ink that’s easily disguised, but also potentially save your life?

That’s what Robb Osinski seeks to do, with the launch of INQUEAlert, which uses body art to replace medical alert jewelry.

The Newburyport resident is the founder and CEO of Lowell-based Bambu Global, the parent company of INQUE Holdings LLC and its tattoo technology. INQUE is a patented skin tissue imaging system that allows its tattoos to be “blanqued,” a process that decolorizes the tattoo and makes it invisible.

“It’s a skin wellness concept,” Osinski said. “So, it’s not a tattoo parlor.”

INQUEAlert is a charitable program that branches off the technology and offers a limited number of tattoo templates for people with diabetes, epilepsy or other life-threatening conditions at no cost to them. It’s an alternative to a medical alert bracelet or necklace.

“What our technology offers is the ability for people that have life-threatening illnesses to have an option to identify conditions that are prevalent,” said Betty Gower, chief marketing officer at Bambu Global.

If a person’s condition or allergies change, the tattoo can be “turned off” through the “blanque” process.

Right now, the INQUEAlert tattoos are only available in the Lowell area. But Osinski said plans are underway to open four more locations in Greater Boston next fall. He wants to eventually expand to 117 locations. Stores will include virtual reality and mirrors, which allow customers to see what a tattoo would look like on their body.

The ideal placement for a medical alert tattoo is the forearm or where an IV is inserted.

“What the medical community has told us is when you go in for a crisis in the emergency room, they go in for an IV, so it’s always important to have it in the first place they would identify,” Gower said.

Maxwell Campbell, 18, of Belmont, is a Type 1 diabetic who was looking for an alternative to the medical alert jewelry he kept misplacing. He is the first recipient of INQUEAlert, receiving his free medical alert tattoo just before heading off to the University of Massachusetts Amherst this fall.

“I wanted something that would allow me to more easily fit in on campus,” he wrote in a statement, adding that he liked that it could be removed “if diabetes is cured, or even if I just don’t want the tattoo anymore.”

The tattoo ink is free of heavy metals and chemicals. The company said the ink has passed cytotoxicity and skin sensitivity tests.

“When we ‘blanque’ it, meaning turning it invisible, we use an infrared energy source that is delivered with a laser,” Osinski said. “But that laser intensity is a fraction of the intensity of what it takes to actually go through conventional tattoo removal.”

Osinski said conventional tattoo removal breaks down the particles of the ink, which the body then absorbs.

“That’s when it becomes dangerous, when that material moves into the body and gets into the lymphatic system,” he said, “which is designed to flush out foreign objects in your body. But doctors are finding that these inks are getting trapped in the lymph nodes.”

Larry Strain, chief development officer at INQUE, said the company prefers to be considered part of the health and beauty industry.

“We use the word ‘tattoo’ primarily to describe what we are not,” Strain said.

To be considered for the INQUEAlert program, go to inquealert.com.

Staff writer Heather Alterisio can be reached via email at halterisio@salemnews.com or by phone at 978-961-3149. Follow her on Twitter @HeathAlt.

Market Data by TradingView
Stay in touch with your community!
Sign Up Now!