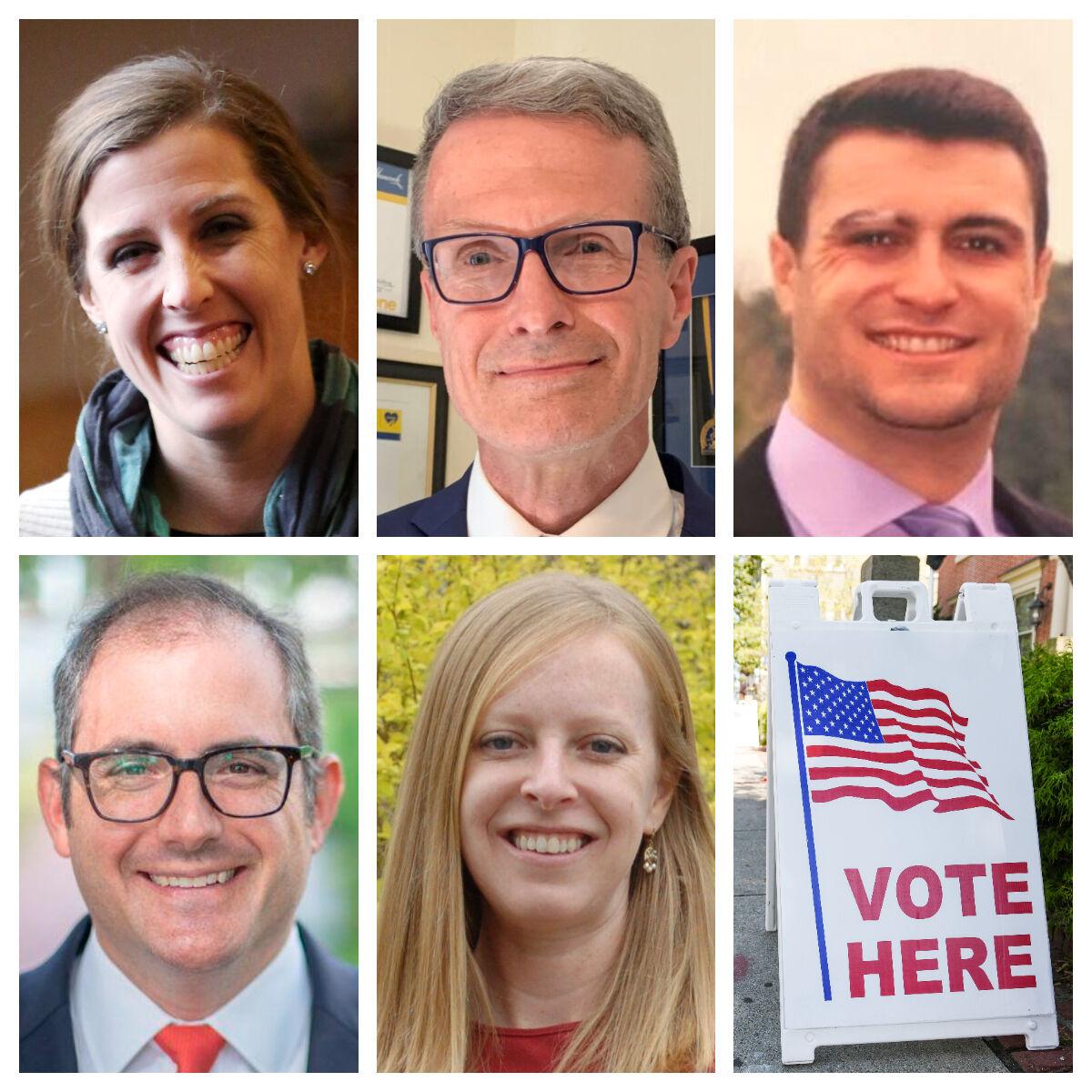 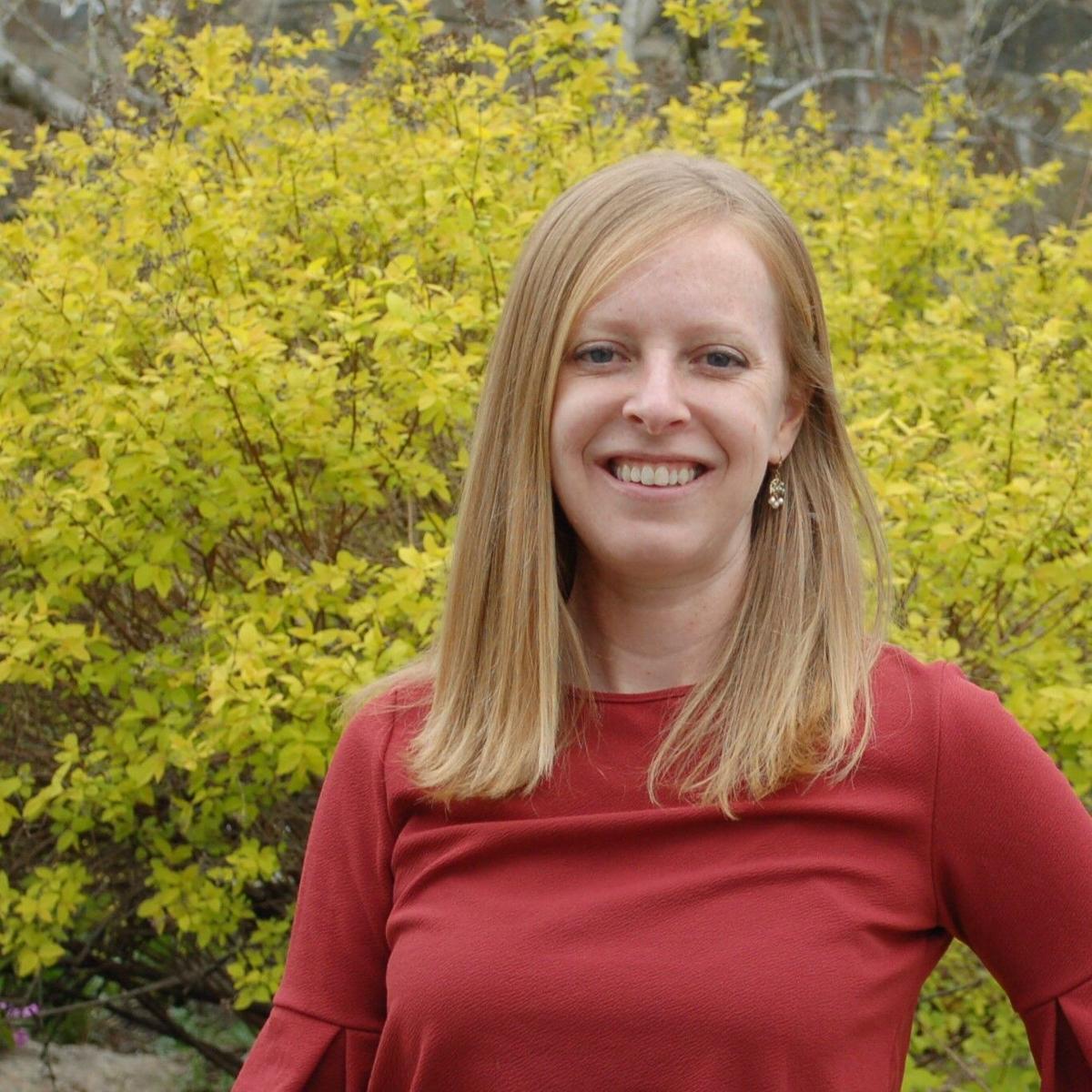 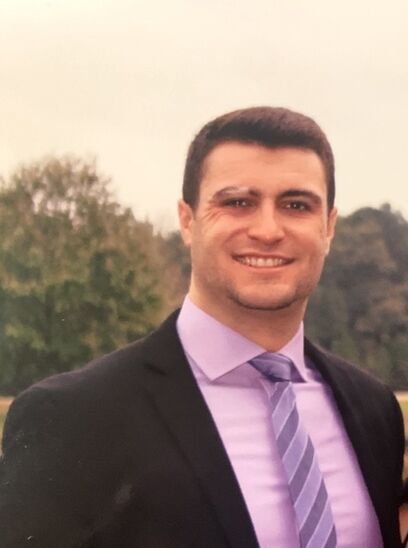 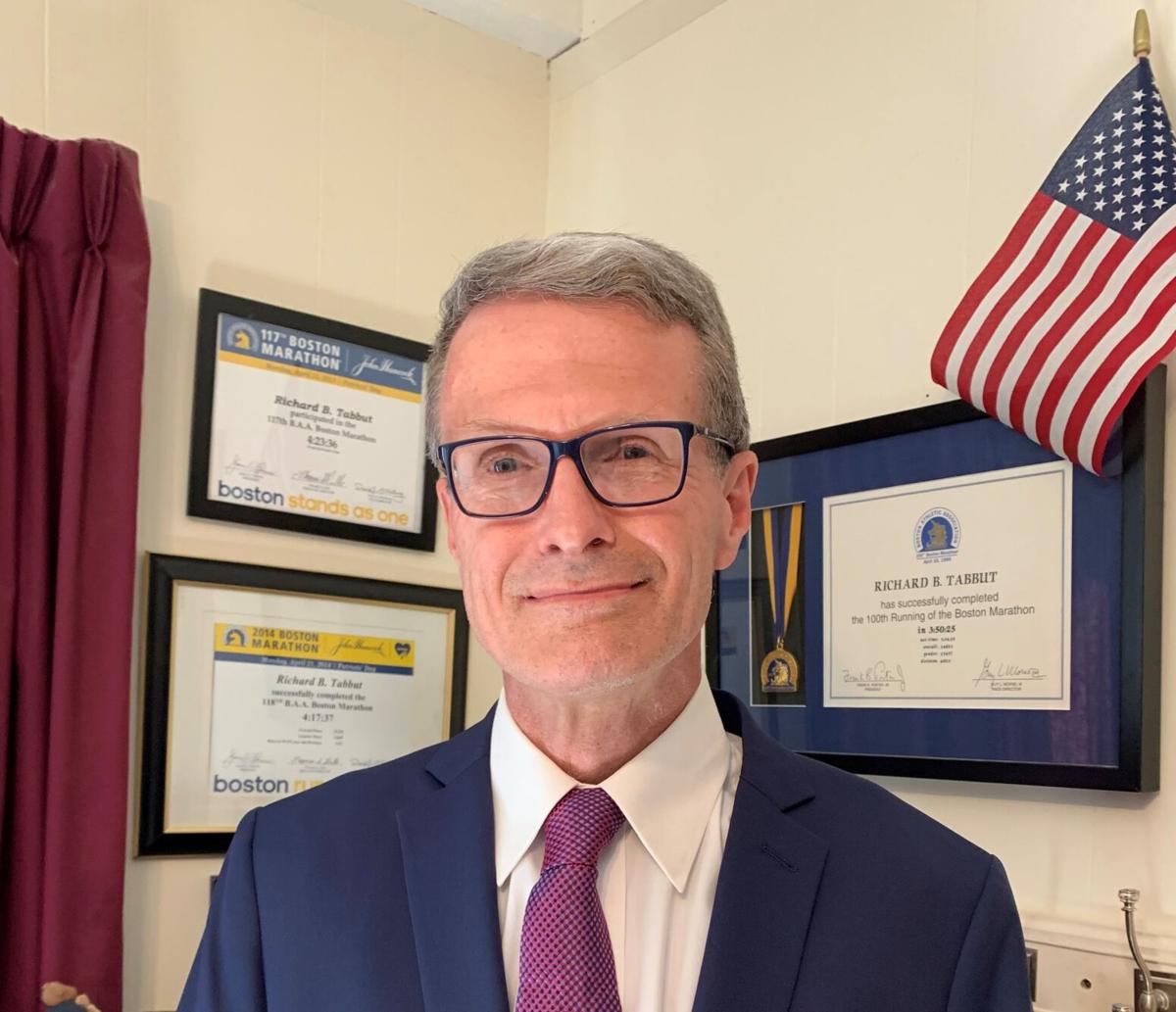 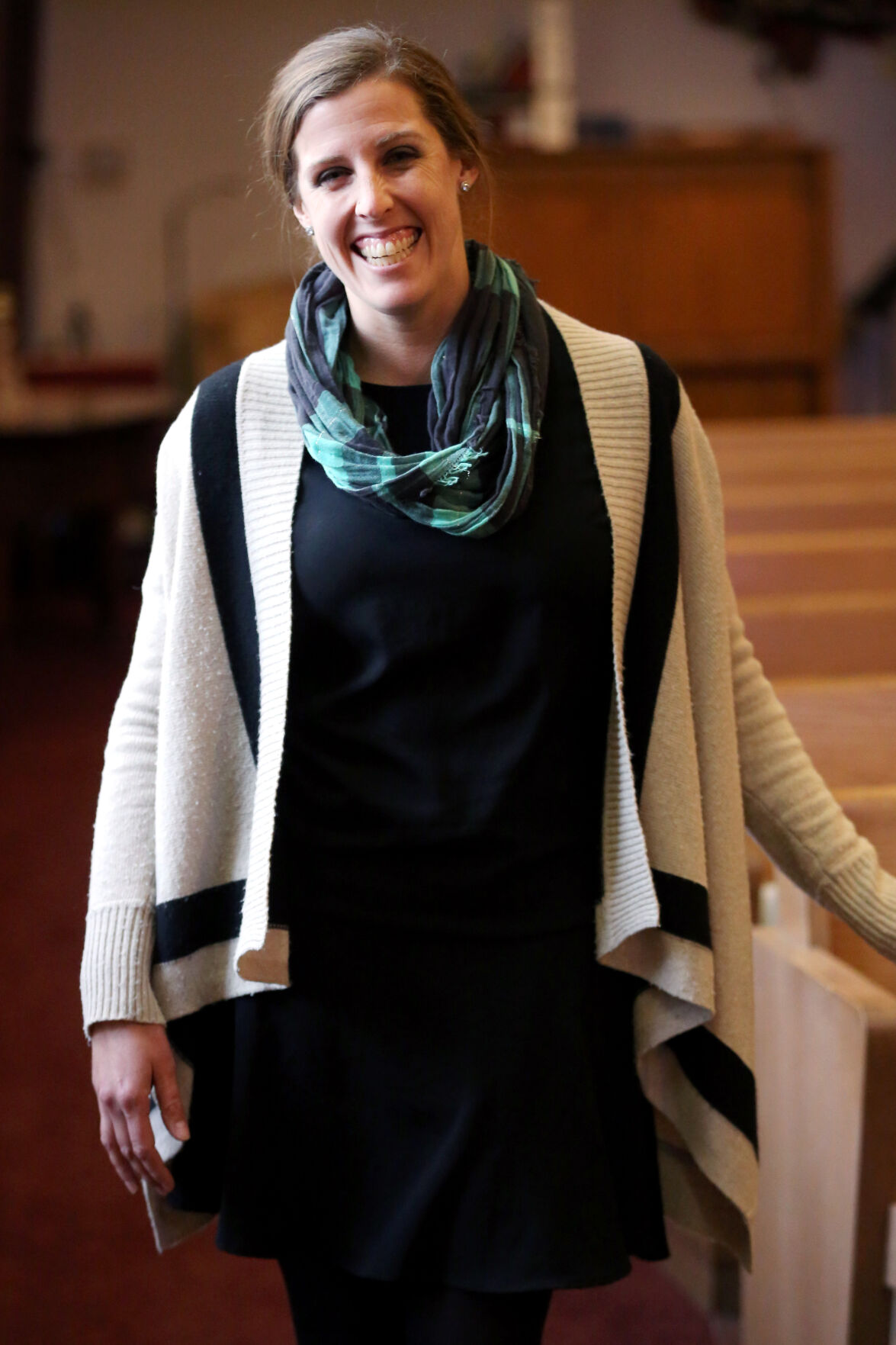 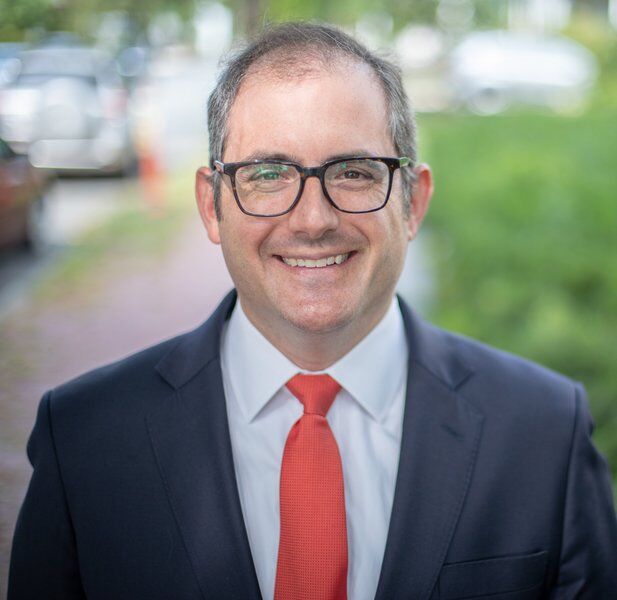 BEVERLY — No matter the outcome of Tuesday’s election, the makeup of the three at-large seats on the Beverly City Council will look a lot different next year.

Longtime at-large city councilors Paul Guanci and Tim Flaherty are not running for reelection, taking with them nearly 40 years of combined experience on the council, including Guanci’s long tenure as council president.

Four new candidates have joined Julie Flowers, the only at-large incumbent, in the race for the three at-large seats that will be decided on Nov. 2. Beverly is the only city in the state in which the top vote-getter among the at-large candidates automatically becomes council president, adding another twist to the race.

Here’s a look at the five candidates competing for those three at-large spots on the nine-member City Council.

After many years working in global policy, Bowen is now focusing her attention on local politics with her first run for public office.

“I’ve always wanted to be in public service and have been in a variety of ways,” she said. “In some ways I was sort of primed to run for office at some point because it’s one of the best ways to serve a community.”

Bowen, 40, grew up in Swampscott and graduated from Yale University and Harvard’s Kennedy School of Government. In between, she joined the Peace Corps and lived in a small town in Ghana for two years.

Bowen has worked in the nonprofit sector on such issues as public health and sustainable investing and has traveled the world. She’s now the executive director of the North Shore Community Mediation Center in Beverly.

Bowen became involved on the local level as a member of the Beverly Charter Review Committee, which has looked at possible changes to the city’s ordinances.

Bowen said her background as “a bit of a generalist” would apply well to the job of city councilor.

Cosmas grew up in Maryland, graduated from Georgetown University and Boston College Law School, and moved to Beverly in 2014, where he opened his own law practice and lives with his wife and two daughters on Washington Street in downtown Beverly.

“I have a unique set of personal experience here in Beverly among the candidates,” he said. “I’m a homeowner, a husband, have two kids in the Beverly schools, and my 76-year-old mom lives downstairs. I have a law firm in Cummings Center. I’ve really bought into Beverly and I want to make it a better place.”

Cosmas, 42, said he was inspired to run for office after a friend asked him to help Voices of North Beverly, the neighborhood group that formed over concerns about contamination at the Varian site.

“It showed me that a lot of the skills and talents I have as a litigator I could use to help the city,” he said. “I get paid to apply facts to the law, read through dense documents and figure out what they mean, and to advocate and get the best results for my client. As a city councilor, the city of Beverly would be my client.”

Cosmas said he graduated from two Jesuit institutions in Georgetown and Boston College Law School that “really hammered issues of human justice into our head.” He said he would apply those standards in his role as city councilor, including on issues of diversity and equity.

“President Kennedy talked about these things as a moral issue,” he said. “We’ve got to try to get people to realize that we’re a dynamic community and the Beverly of the future might not look exactly like it did when they were growing up, but it could be a better place. Diversity gives a community strength.”

Flowers is seeking her third term on the City Council and is the only incumbent at-large councilor on the ballot.

“I think we have begun so much good work in so many areas,” she said. “I’m running to hopefully get to continue to work with residents and other elected officials on all of those issues. I want to continue to be a voice for people.”

Flowers, 42, is a minster at the First Baptist Church in Beverly and lives with her son, Emmett, a 10-year-old student at Beverly Middle School.

“I think about running for him and all of his peers at every age,” Flowers said. “We have so many constituents in Beverly who are not yet voters but they are also our constituents.”

Flowers said the city is facing many issues, including the pace of development, recovering from the pandemic, affordable housing, climate change, and equity issues. She would like the city to consider spending money from its “free cash” account on streets and sidewalks, and budgeting for a communications position at City Hall to improve communication and transparency.

If Flowers tops the ticket and becomes council president, she said she would “absolutely bring my best energy and thoughtfulness to the job.”

Sweeney said he has a combination of experiences that make him well-suited for the role of city councilor. He is a member of the Beverly Planning Board, chair of the Beverly Cable TV Advisory Commission, and has worked for the town manager of Reading.

Sweeney, 26, said he has experience working with budgets in his job as assistant director for federal funds at the Massachusetts Executive Office for Administration and Finance, where he has also assisted cities and towns with pandemic relief money.

“I am really passionate about local government,” Sweeney said. “I do believe local government is accessible. You have to be results-oriented because you are the last line of defense for the three levels of government. I have seen first-hand the impact you can have on your community in local government.”

Sweeney graduated from Gordon College and has a master’s in public administration from Suffolk University. He said he and his fiancée are committed to raising their family in Beverly.

Tabbut said he decided to run for City Council after discovering that his daughter couldn’t afford to live in the city anymore.

“We don’t do anything for people who are starting out and want to buy their own property,” he said. “We really need to do whatever it takes to get it done.”

Tabbut, 63, said was inspired by his parents to serve others. His mother was disabled and his father was a World War II veteran.

Tabbut said he has a good financial background from his career as a corporate comptroller for small businesses. His is a lifelong city resident, an active runner and a volunteer at Beverly Bootstraps. He said he plans to stay involved in the community if he’s not elected.

“I know the city very well and I care very, very, very deeply about this city,” he said.

Occupation: Assistant Director for Federal Funds for the Massachusetts Executive Office of Administration and Finance

Education: Bachelor's degree in accounting from University of Massachusetts at Boston