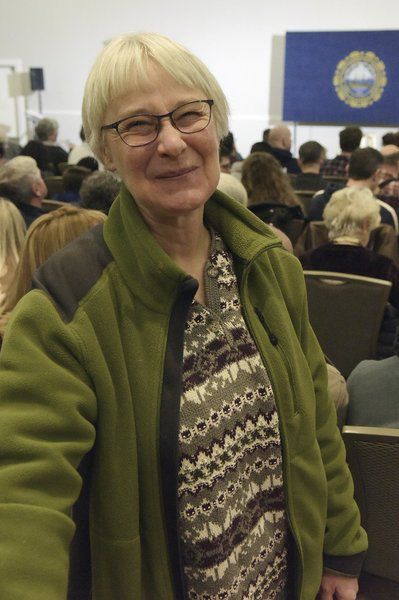 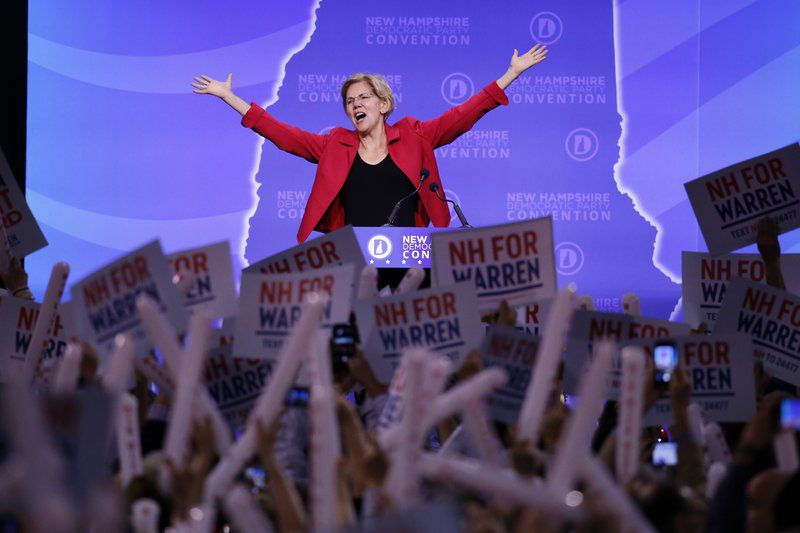 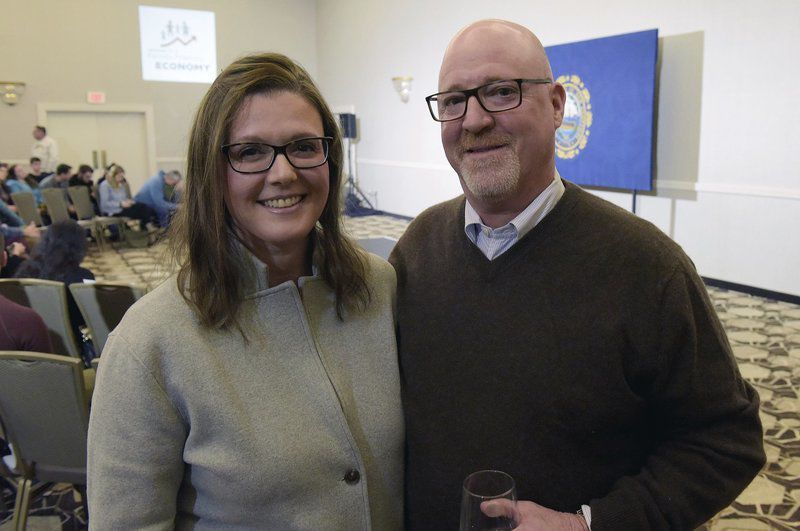 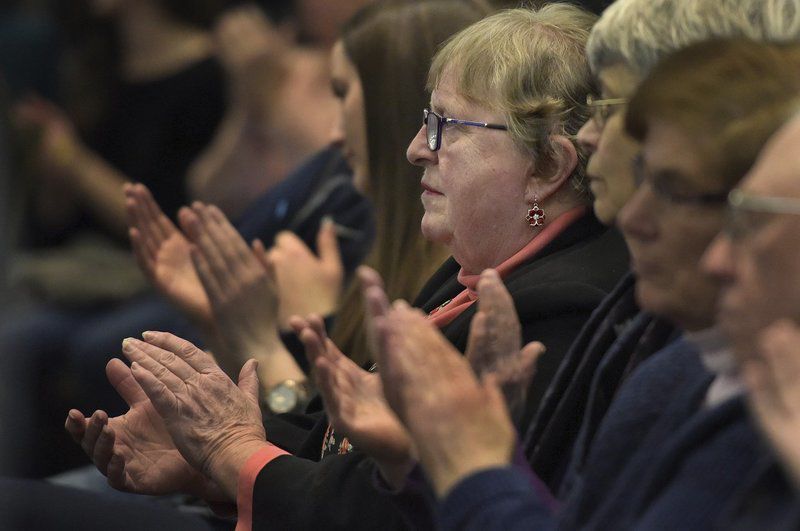 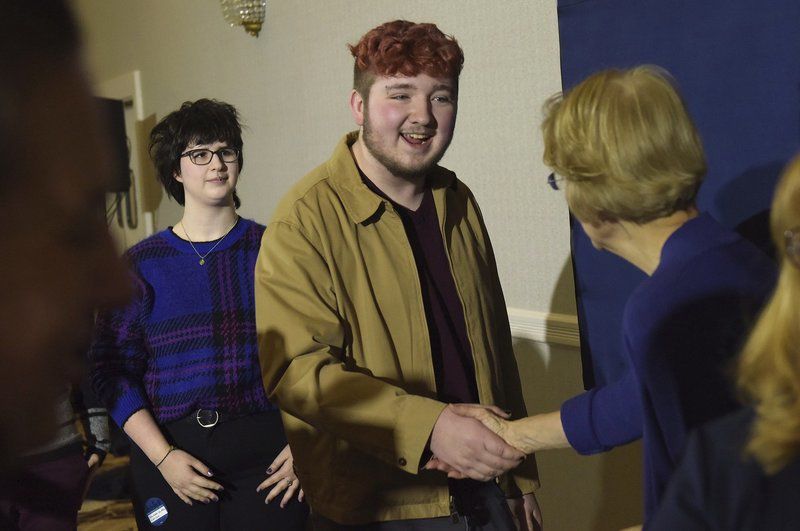 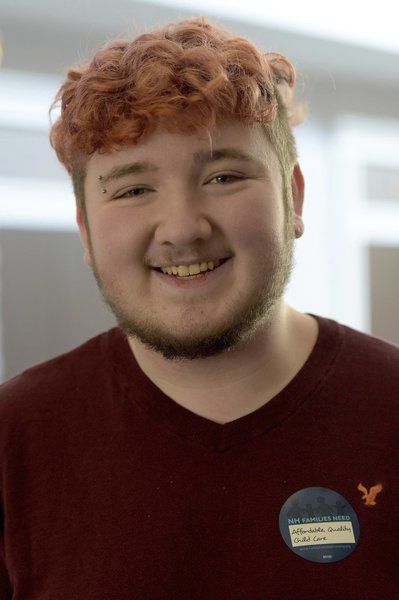 She’s had plenty of opportunities to hear from the candidates.

“It’s real face-to-face politics,” Smith, 72, a registered independent who typically votes Democrat, said of the experience that is voting in the New Hampshire primary. “You feel like you’re going to have a say in something that’s really important.”

Smith recently stood in line for nearly an hour at the Grappone Conference Center in Concord to get a selfie with Warren after listening to the Massachusetts senator talk about her plans to boost the incomes of low and middle-class families by taxing the ultra-rich.

Smith said she’s concerned about electability, and she wants to back a candidate who can beat incumbent President Donald Trump.

“We have a president who is thoroughly unprepared to run the country,” said Smith, who sells voodoo dolls of Trump and GOP Senate President Mitch McConnell in local shops and online. “His actions have brought so much harm to people, and we need a change in leadership.”

New Hampshire voters have a special place in the process of picking presidents. When they go to the polls Feb. 11, Granite State voters will kick off a long schedule of primaries to winnow the field of 14 Democratic candidates to decide who will contest, presumably, Trump’s re-election bid in November.

Within the New Hampshire electorate is a special category of voter, the super-informed who make a point of attending as many coffees, rallies, speeches and forums as their calendars can manage. Some check off candidate encounters like bird watchers or moviegoers who make a point of seeing all of the films nominated for a “Best Picture” Oscar.

They pour over policy statements, news stories and social media posts to inform their choices.

“It’s going to be a difficult decision because there’s so many good candidates,” said Pat Myers, 66, a Democrat from Weare. “For me, it’s going to come down to the wire.”

Myers is among a majority of New Hampshire voters who remain undecided with roughly a month to go before the ballots are cast.

That happened in the 2016 primary. Democrats in New Hampshire, and eventually throughout the country, backed Hillary Clinton. As a result, many supporters of Vermont Sen. Bernie Sanders sat out the general election in protest.

Myers, a Pennsylvania native, admits she wasn’t very politically active until she moved to New Hampshire about 30 years ago.

“I was never so involved in the candidates and the elections as I have since I’ve been here,” she said. “If you’re interested, you can learn so much about what they’re talking about because the candidates have to go where the people can see them.”

Earnhardt Dail, 19, of Epsom, is a registered Democrat who will be voting for the first time next month.

He also takes his choice in the country’s kick-off primary seriously.

“It’s cool how many opportunities we get to see and hear the candidates,” he said. “I think New Hampshire is a good bellwether for the nation, regardless of the lack of diversity.”

He says he’s narrowed his picks to a handful of candidates, with Warren and Sanders at the top.

For Dail, an education major at Lesley University in Cambridge, the candidates’ stands on major issues are far more important than whether they can beat Trump.

“Electability was the issue in the last presidential election, and it didn’t work out,” he said. “So I think we need to go with who we believe in rather than who we think can win.”

That approach to vetting candidates doesn’t work for Matt Conserva, 52 of Concord, who has voted for Republicans and Democrats in the past.

A registered independent, he said he’s looking for anyone who can “get Trump out of the White House,” though he doesn’t consider himself bound to party politics.

“If Mitt Romney ran I’d probably vote for him,” he said. “I’m looking for the best candidate.”

New Hampshire’s so-called “undeclared” voters, or independents, make up about 41% of an electorate of more than a million registered voters.

While the state’s voters are notorious for waiting until the last minute, when they do make up their minds, recent history shows they’re most often right.

Trump, who is seeking a second term, has solid support from a majority of the state’s Republicans, polls show, despite a primary challenge from former Massachusetts Gov. Bill Weld and former Illinois congressman Joe Walsh.

That worries Democrats like Dick Sawler, a retired Teamster from Newmarket, who doesn’t see a strong challenger in the Democratic field.

“They’re all preaching to the choir,” said Sawler, 69. “When are they going to start going to the V.F.W. on a Friday night and make their pitch?”

Sawler, who has voted in every New Hampshire primary for 50 years, said he too hasn’t decided who he’ll vote for in the upcoming primary.

“I haven’t seen enough evidence that any of them are capable of winning over Trump’s base,” he said. “And they’ll need to do that to win.”