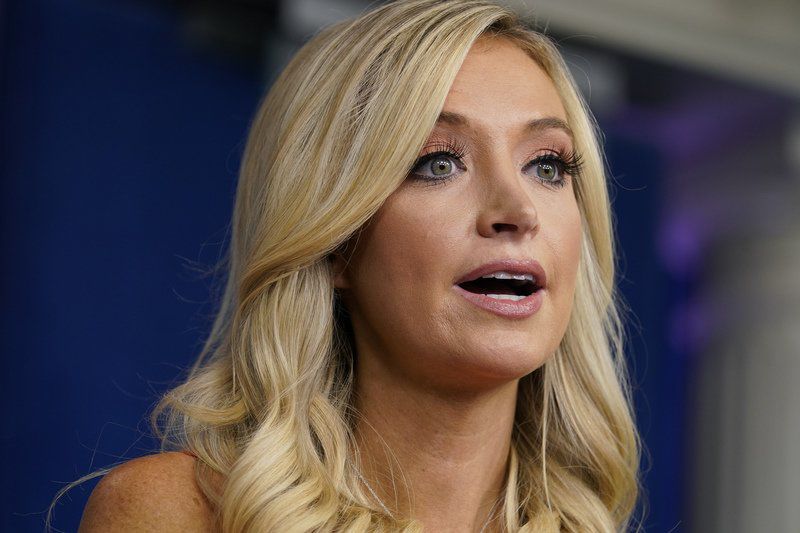 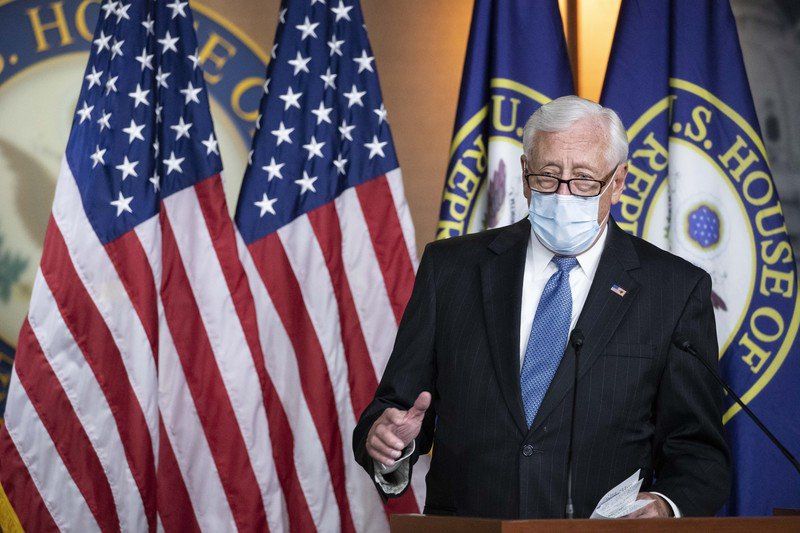 House Majority Leader Steny Hoyer of Md., speaks during a news conference on Capitol Hill, after a meeting at the White House, Tuesday, June 30, 2020 in Washington. (AP Photo/Alex Brandon) 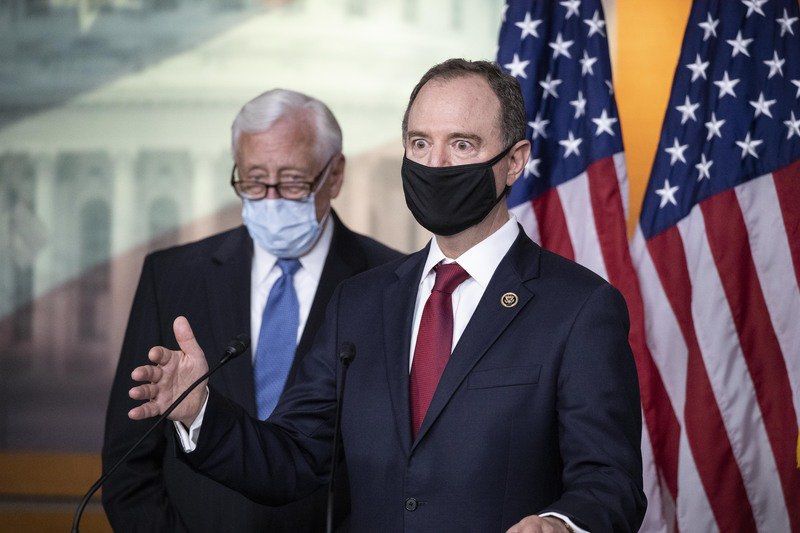 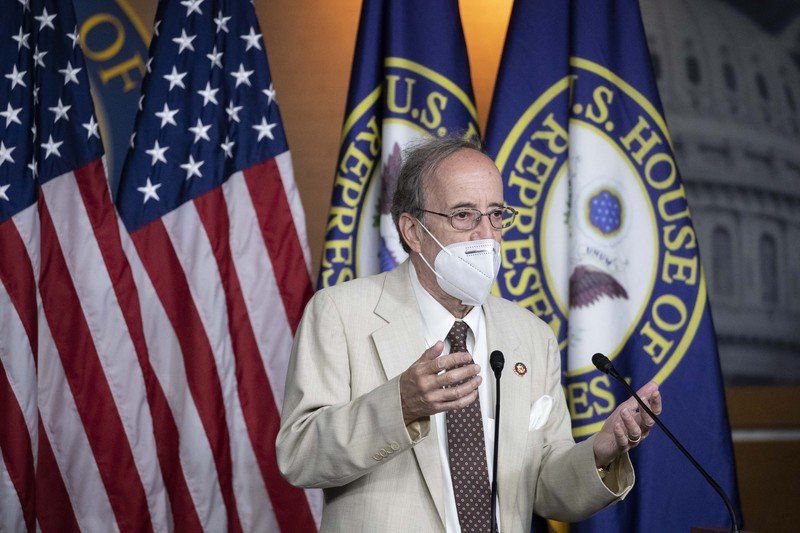 Rep. Eliot Engel, D-N.Y., Chairman of the House Committee on Foreign Affairs, speaks during a news conference on Capitol Hill, after a meeting at the White House, Tuesday, June 30, 2020 in Washington. (AP Photo/Alex Brandon) 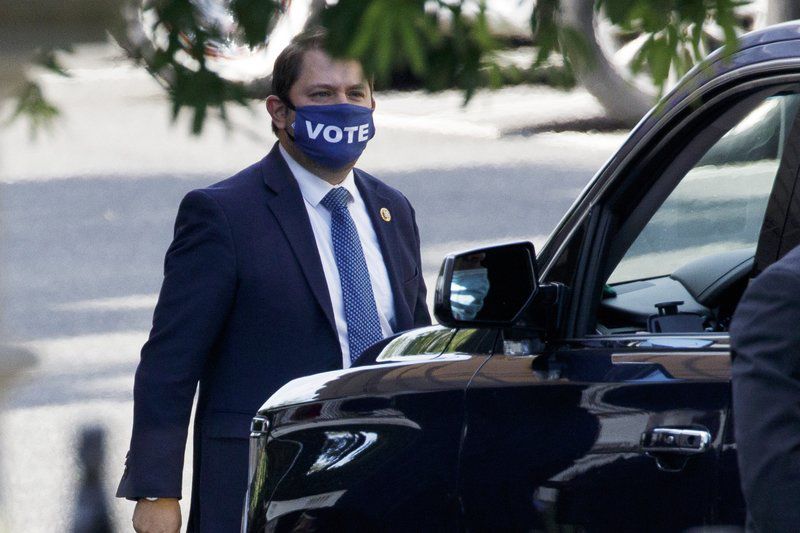 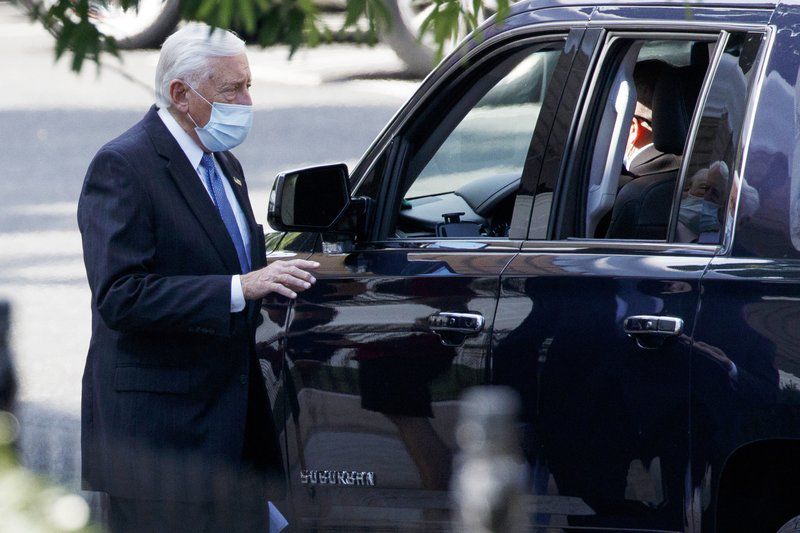 House Majority Leader Steny Hoyer of Md., speaks during a news conference on Capitol Hill, after a meeting at the White House, Tuesday, June 30, 2020 in Washington. (AP Photo/Alex Brandon)

Rep. Eliot Engel, D-N.Y., Chairman of the House Committee on Foreign Affairs, speaks during a news conference on Capitol Hill, after a meeting at the White House, Tuesday, June 30, 2020 in Washington. (AP Photo/Alex Brandon)

WASHINGTON (AP) — President Donald Trump on Tuesday came under growing pressure to respond to allegations that Russia offered bounties for killing American troops in Afghanistan, with Democrats demanding answers and accusing Trump of bowing to Russian President Vladimir Putin at the risk of U.S. soldiers' lives.

Frustrated House Democrats returning from a briefing at the White House said they learned nothing new about American intelligence assessments that suggested Russia was making overtures to militants as the U.S. and the Taliban held talks to end the conflict in Afghanistan. Senate Republicans who attended a separate briefing largely defended the president, arguing along with the White House that the intelligence was unverified.

The intelligence assessments were first reported by The New York Times, then confirmed to The Associated Press by American intelligence officials and others with knowledge of the matter.

House Intelligence Committee Chairman Adam Schiff, one of the Democrats who attended the briefing, said it was “inexplicable” why Trump won’t say publicly that he is working to get to the bottom of the issue and why he won’t call out Putin. He said Trump’s defense that he hasn’t been briefed is inexcusable.

“Many of us do not understand his affinity for that autocratic ruler who means our nation ill,” Schiff said.

“These are very concerning allegations and if they’re true, Russia is going to face repercussions,” Sherrill said. "We really pushed that strongly in the meeting.”

She wouldn’t say how the White House officials reacted or say if the briefers told the Democrats that in fact Trump was briefed.

White House press secretary Kayleigh McEnany has repeatedly insisted Trump wasn’t briefed on the findings because they hadn’t been verified. That's an unusually high bar, since it is rare for intelligence to be confirmed without a shadow of doubt before it is presented to senior government decision-makers.

McEnany declined to say why a different standard of confidence in the intelligence applied to briefing lawmakers than bringing the information to the president.

Some House Republicans who were briefed by the White House on Monday also said they left with questions.

Texas Rep. Mac Thornberry, the top Republican on the Armed Services Committee, said the panel would "leave no stone unturned” in seeking further information. Rep. Liz Cheney of Wyoming insisted there would be “ramifications” for any targeting of Americans.

But Senate Republicans seemed less concerned and questioned the media reports. Majority Leader Mitch McConnell said he didn't think Trump should be “subjected to every rumor.”

And Republicans briefed in the White House Situation Room on Tuesday appeared mostly satisfied with the answers they received. Senate Armed Services Chairman Jim Inhofe of Oklahoma said he was “convinced” Trump didn't know about the intelligence. Wisconsin Sen. Ron Johnson, chairman of the Homeland Security and Governmental Affairs Committee, said Trump “can’t be made aware of every piece of unverified intelligence.”

Senate Intelligence Committee Chairman Marco Rubio said he believed the U.S. was prepared "to do everything possible to protect our men or women stationed abroad, from a variety of threats."

Rubio said new Director of National Intelligence John Ratcliffe, one of the briefers, would be meeting with the Senate panel for a previously-scheduled meeting on Wednesday.

Senators reviewed classified documents related to the allegations Monday evening and Tuesday, including information that was not previously known, according to one aide who was not authorized to discuss the matter publicly and spoke on the condition of anonymity. It was unclear what was contained in the documents.

Some Republican senators did express frustration.

Nebraska Republican Ben Sasse, a member of the intelligence panel, said Monday evening that Congress should focus on finding out who knew what, and when, “and did the commander in chief know? And if not, how the hell not?”

The intelligence community has been investigating an April 2019 attack on an American convoy that killed three U.S. Marines after a car rigged with explosives detonated near their armored vehicles as they traveled back to Bagram Airfield, the largest U.S. military installation in Afghanistan, officials told the AP.

Three other U.S. service members were wounded in the attack, along with an Afghan contractor. The Taliban claimed responsibility for the attack. The officials the AP spoke to also said they were looking closely at insider attacks — sometimes called “green-on-blue” attacks — from 2019 to determine if they are also linked to Russian bounties.

One official said the administration discussed several potential responses, but the White House has yet to authorize any.

Intelligence officials told the AP that the White House first became aware of alleged Russian bounties in early 2019 — a year earlier than had been previously reported. The assessments were included in one of Trump’s written daily briefings at the time, and then-National Security Adviser John Bolton told colleagues he had briefed Trump on the matter. Bolton declined to comment on that matter, and the White House did not respond to questions.

The intelligence officials and others with knowledge of the matter insisted on anonymity to discuss the highly sensitive matter.

Asked about the reports on the alleged bounties, Putin’s spokesman Dmitry Peskov said Monday, “These claims are lies.”