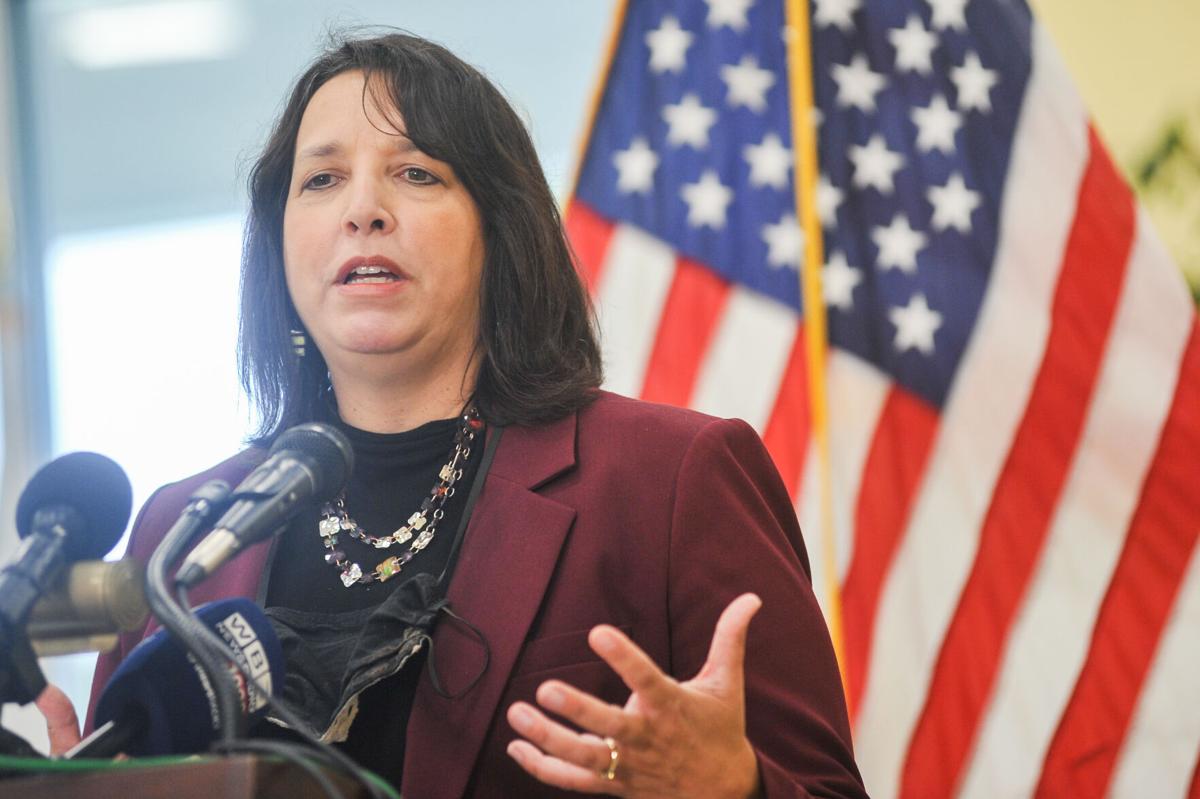 Salem Mayor Kim Driscoll, during a press conference on Oct. 16, 2020, addresses steps being taken in the second half of October to protect the health and well-being of residents, employees, and visitors in anticipation of Halloween amid the coronavirus pandemic in Salem. 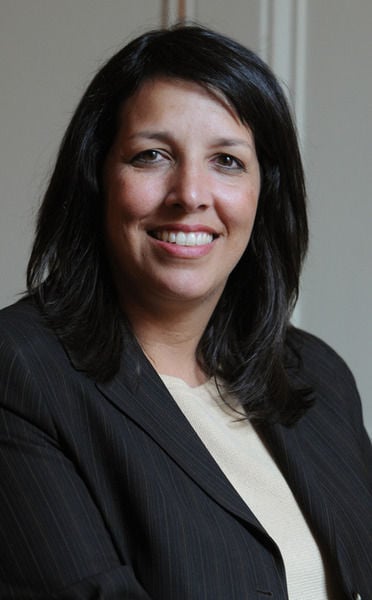 Salem Mayor Kim Driscoll, during a press conference on Oct. 16, 2020, addresses steps being taken in the second half of October to protect the health and well-being of residents, employees, and visitors in anticipation of Halloween amid the coronavirus pandemic in Salem.

SALEM — Mayor Kim Driscoll has officially kicked off her campaign to become Massachusetts’ next lieutenant governor with a goal of helping lead the state through “an inflection point.”

Driscoll, a 55-year-old Democrat, announced early Tuesday afternoon her candidacy for lieutenant governor in this year’s statewide gubernatorial elections on Tuesday, Nov. 8. The news follows rumors in late December that she was considering a run, which Driscoll confirmed at the time only as an idea being considered with friends, supporters and family.

“Mayors like me have been on the frontlines of our most urgent fights — from COVID-19 response and recovery to racial equality, the climate crisis, strengthening our public schools and making housing more affordable,” Driscoll said in an announcement video. “At this moment of change, so much is at stake. We need leaders who understand and can empower communities. Our cities and towns need a new voice on Beacon Hill.”

Driscoll’s announcement came barely a week after she was sworn into her fifth four-year term as Salem’s chief executive. Were she to serve out the term until 2025, she’d tie Francis Collins as Salem’s longest-serving mayor.

Speaking by phone Tuesday, Driscoll said the announcement will not impact things in Salem, and that her corner office is actively “full steam ahead on all our efforts.”

But the lieutenant governor seat will be wide open at a critical time in the state, with the region heading into its third year of the COVID-19 pandemic and the current Republican administration stepping away from a third term. Gov. Charlie Baker and Lt. Gov. Karyn Polito recently announced they would not seek reelection.

With the news that Baker — who has enjoyed high popularity during his tenure — and Polito won’t seek third terms, a wave of prospective candidates has emerged for the top elected seats in state government. That includes four Democrats who have already announced their candidacy for lieutenant governor: Bret Boro, a Babson College lecturer; state Rep. Tami Gouveia, of Acton; and state Sens. Adam Hinds, of Pittsfield; and Eric Lesser, of Longmeadow.

“I really think we’re at an inflection point in the Commonwealth, as we’re still fighting this pandemic and hopefully coming out of it,” Driscoll said. “Our recovery efforts are really going to need someone who has strong municipal experience, someone who has been on the front lines and trying to not only work on COVID issues, but trying to develop more affordable housing, trying to address climate change impacts, working within our public schools and trying to improve them.

“Those are things we’re going to need to, really, expedite and enhance at the state level,” Driscoll continued. “I really feel mayors are part of the ‘Get Stuff Done’ wing of government...and I’d like to use my experience to be an effective partner on Beacon Hill. Cities and towns are going to need it.”

Driscoll’s announcement was well-orchestrated, with a list of nearly two-dozen allies in government endorsing her run, from local committee members to state leaders, and a well-produced video to accompany her announcement Tuesday.

Beverly Mayor Mike Cahill and Peabody Mayor Ted Bettencourt were not listed among those allies, but both said Tuesday they’re staunch supporters of her announcement and eager to see the Witch City mayor seek higher office.

“I have tremendous respect for her and plan to be as supportive and helpful as I can with her campaign. I’ve known and worked with her for decades at this point, and I know she’s an incredibly talented leader,” said Cahill. “I’ve watched her in action at the regional and state levels, and I see how effective she is and the level of respect she inspires and commands across the region.”

“She’s very generous with her time and with working with people,” said Bettencourt. “She works very well with people and knows how to get things done, knows how to build coalitions to accomplish important goals. She’s a person of action and truly understands the nuts and bolts of the job, of municipal government and the important issues of the day.”

Jason Silva, outgoing town administrator in Marblehead and a former chief of staff for Driscoll, said she brings “a unique blend of intelligence, a never-ending work ethic, and progressive vision for the future as mayor and now also as a candidate for lieutenant governor.

“She’s a strong leader locally in Salem who knows how to get things done and has been a bold leader amongst her peers on statewide issues such as housing, racial inequality, climate change and transportation needs among many, many others,” Silva continued. “I’ve learned a lot from her and remain amazed by all she has accomplished as mayor.”

Patricia “Patti” Morsillo, president of Salem’s City Council, said Driscoll’s decision to run state-wide “is a huge amount of work and a huge amount of effort, and her message of wanting to bring the experience and voice of on-the-ground city work is important. That actually struck me, that we don’t have that voice.”

“We haven’t had that voice that I can ever remember, and I think the pandemic has made it clear that if the state-level government doesn’t know how and why things happen at the city level, it’s pretty hard to make the right decision,” Morsillo said. “Even though I know he (Baker) takes input from the mayors, having that kind of experience in the governor’s and lieutenant governor’s office would be amazing for cities.”

“Mayor Driscoll’s candidacy for lieutenant governor is an amazing thing,” he said. “We’ve benefitted so much from her leadership, that it’d be great for the whole commonwealth to (as well). She’s someone who just knows communities well and is always willing to do what it takes to get people what they need and have — a true servant leader.”