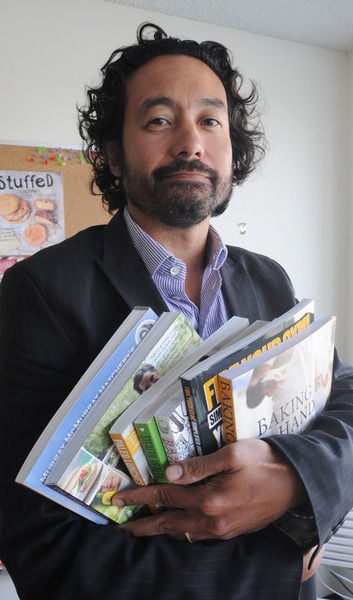 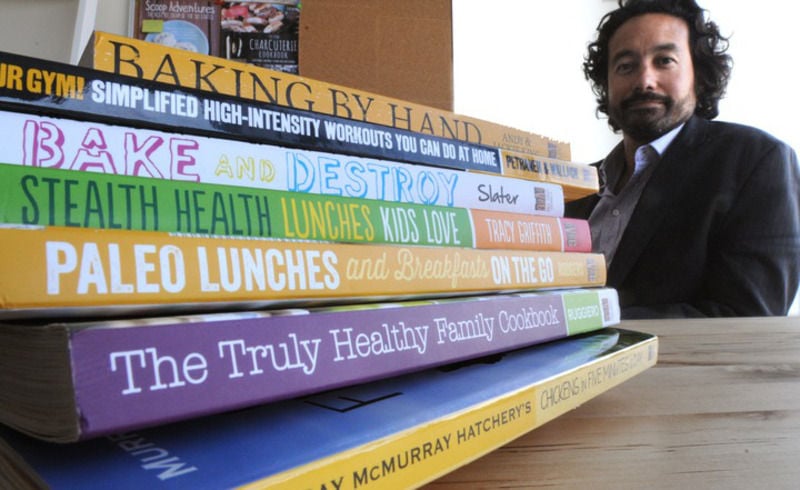 Andy and Jackie King, owners of A & J King Artisan Bakers in Salem, have satisfied a lot of customers with their handmade bread.

William Kiester was one of them.

In fact, Kiester, publisher of Page Street Publishing in Salem, liked their bread so much he recently published a cookbook sharing their recipes and techniques, “Baking by Hand: Make the Best Artisanal Bread and Pastries Better Without a Mixer.”

“A & J matches up with some of the best I’ve ever had,” Kiester said. “It’s something I feel the world should know about.”

Finding authors who provoke such a passionate response and helping them to reach a wider audience defines his approach to everything he publishes.

“Really, what we’re doing is going out there and trying to find authors who have a devoted audience that believes in them,” he said. “We’re taking people with talent who should be famous but are falling down on the marketing side, and are putting them out there.”

Kiester believes in scouting and developing talent in the same way the Kings make bread, with a hands-on approach.

“I have a big sign up here that says, ‘Test the product,’” he said. “We go out there and find people we think are cool, have talent, and try some of their recipes — test some of the things they do.”

But Kiester balances his enthusiasm with expertise and looks for endorsements from authorities in a potential author’s field to confirm his belief in their abilities.

Page Street’s approach recently received an endorsement of its own in the form of a distribution deal with Macmillan Publishing, one of the world’s biggest publishers.

“They have an incredible sales force that has opened up and maintains the broadest range of sales channels for any book,” Kiester said. “It was a coup for a start-up. I only had my previous publishing record to recommend me.”

That record includes 20 years of experience, in which Kiester served as publisher of Murdoch Books in Australia from 2005 to 2007, in addition to working in New York for London-based Quarto Books and for Random House.

Before founding Page Street, he honed many aspects of his publishing approach while working as publisher of Fair Winds Press in Beverly, which he joined in 2007.

“When I got there, Fair Winds was struggling,” Kiester said. “They had a lot of one-color, gifty, impulse-buy books.

“I changed the list to a practical, highly illustrated health and fitness sort of lifestyle list. We added a lot of photos and made the books more practical.”

The strategy paid off, increasing sales at Fair Winds dramatically, turning it from one of the smallest publishers in the group to one of the largest, Kiester said.

Page Street — named for a “bohemian” street in San Francisco where Kiester lived when he was starting out — published its first list of seven titles this spring.

Its fall list, which includes “Baking by Hand,” offers five titles that are mostly cookbooks but include works on fitness, cocktails and dieting.

“The paleo diet is getting big; it’s gluten-free, dairy-free and grain-free,” Kiester said. It’s meant to mimic the eating habits of the earliest human beings.

Page Street has reprinted “Paleo Breakfasts and Lunches on the Go,” by Diana Rodgers, four times in the two weeks since its release.

Kiester works with a number of photographers, whose talents he matches with an author’s to come up with between 60 and 100 photos for each book.

With the exception of one hardcover, all Page Street books are paperback originals, which have an accessible price that fits the company’s marketing emphasis.

Kiester also believes in bringing out an author’s “whole personality” in a book, along with the recipe, exercise method or diet plan they are writing about.

“We made the author platform a more important part of the book,” he said. “The book should reflect their aesthetic, their voice.”

Far from indulging authors, this means challenging them to hone their message, which can be a difficult process.

“We’re advocates for the reader,” Kiester said. “The reader wants to make great bread, and our goal is to make sure the content immediately speaks to their needs.”

In one of Page Street’s titles, “Stuffed, The Ultimate Comfort Food Cookbook,” author Dan Whalen wanted to include traditional dishes like manicotti along with his “crazy concoctions like macaroni and cheese hamburgers.”

“But people aren’t buying it for stuffed manicotti,” Kiester said. “They want interesting food their kids will enjoy.”

That careful focus on content, which Kiester discusses in weekly meetings with his authors, distinguishes Page Street from other publishers.

“We make really sure they follow through on their promise,” Kiester said. “In this day and age, so much publishing is based on concept, but they don’t put enough editorial resources on that concept.”

The importance of content makes Kiester somewhat indifferent to whether the editions he publishes are print or electronic. Page Street publishes an e-book version of every title, which so far amounts to 10 percent of sales. He compares their impact to that of mass-market paperbacks in the 1950s.

“They became a small part of the market for people who digest books quickly. That’s exactly what’s happening with ebooks,” he said. “It’s all about content. Those are just different platforms.”