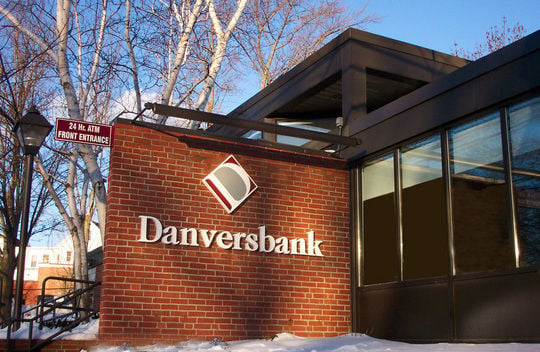 Danversbank is being acquired by People's United for $493 million. 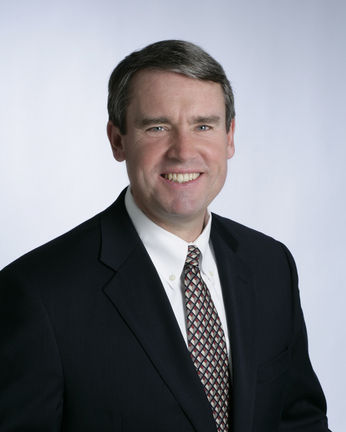 Danversbank is being acquired by People's United for $493 million.

BEVERLY — When news broke this month that Danversbank was being acquired by a large Connecticut bank, customers couldn't help but wonder about the loss of local identity.

Jack Barnes promises he will do his best to make sure that doesn't happen.

John P. (Jack) Barnes is not only the president and CEO of People's United Bank, the $25 billion bank that has agreed to buy Danversbank for $493 million.

He's also the Jackie Barnes who grew up on Raymond Avenue in North Beverly, went to St. John the Evangelist School and graduated from Beverly High School in 1973.

"I certainly think to some extent it will help," Barnes said of his local ties. "At least people will know I'm very familiar with the community and the market."

Barnes, 55, has lived in Vermont and Connecticut since graduating from college, but his ties to the North Shore remain strong. His late father owned the Yankee Shop on High Street in Danvers, selling and servicing lawnmowers and motorcycles, and later became a civil engineer who ran a quarry for Lynn Sand & Stone.

Barnes' 87-year-old mother still lives in Beverly, as does his sister.

Barnes said he took business classes at Beverly High but never considered a banking career until he went to Northeastern University, where he got a job with the Federal Deposit Insurance Corp. in Boston through the school's cooperative education program.

He spent 25 years at Chittenden Bank in Vermont before that bank was acquired by People's United in 2008. When People's United CEO Philip Sherringham resigned last April, Barnes was named interim head.

In July, he was appointed to the position permanently, with a base salary of $850,000 and cash bonuses of up to $1 million, plus stock options.

Barnes has taken over during a period of rapid growth at People's United. The company has acquired five banks in the last year, including an expansion into Massachusetts with the acquisition of Butler Bank in Lowell, River Bank in North Andover, and now Danversbank.

"He's taken the bank in the direction it needs to go in with the acquisitions," said Paul Timpanelli, president of the Bridgeport (Conn.) Regional Business Council. "He's very focused, very energetic and very passionate about what he's doing."

Coming on the heels of Danversbank's 2009 merger with Beverly National Bank, People's United is essentially replacing two banks with a combined 350 years of history on the North Shore.

Barnes, with his North Shore roots, understands the history, but assures customers that People's United Bank will continue with the same community approach to banking.

"We are what I'd consider in a sweet spot," he said. "We still have strong community bank roots, even though we have grown to a size that gives us the capability to deliver more products and services to customers.

"My ideal result would be that people do not feel much change at all. Eventually after some time we could consolidate the system and change the signs, but people will see the same faces in the branches and feel very comfortable with the change."

Asked about the possibility of layoffs, Barnes said "some support services would be consolidated" when Danversbank converts to the People's United system before the end of this year.

But Barnes said the bank could also create new jobs because it hopes to continue growing on the North Shore and in the Boston area. He said there are no plans to close any of Danversbank's 28 branches, and People's United will go ahead with Danversbank's plan to open two new branches in Boston and one in Lexington.

Barnes said he could not promise that there would be no fee increases, "but in the grand scheme of things people can expect things to look and feel very similar."

Todd Martin, a visiting professor of economics at Fairfield University and a former chief economist at People's United, said he does not know Barnes well, but People's has been in existence for 169 years and has a reputation as a "very good community bank."

Not everyone in the Connecticut area has been pleased by People's rapid expansion. The bank's share price dropped below $13 after the Danversbank acquisition was announced, down from the $20 it sold for in a 2007 public offering.

"I bought 100 shares and I'm sitting in a $700 hole," Fairfield University economics professor Edward Deak said. "The idea that you want to be in the Boston market is curious to me because it's already so heavily banked. Can you go more than a block and a half without running into a commercial bank?" But Barnes said the moves into Massachusetts are a "natural extension our brand." With the addition of Danversbank and its $2.63 billion in assets, People's is now the seventh largest bank in Massachusetts, with a "continuous footprint" from Worcester through Boston and into New Hampshire, he said.

Barnes will still run his growing bank from the People's United headquarters in Bridgeport. But with the bank soon to be operating on the North Shore, he expects to make more trips than usual to his former hometown.

"My mother thinks I'm going to increase my visits," he said.

Staff writer Paul Leighton can be reached at 978-338-2675 or by e-mail at pleighton@salemnews.com.

Peabody - Kerri A. Actis, 41, of New York and formerly of Peabody, died on Saturday September 18, 2021. Born in Boston, she was the daughter of Paul Actis of Florida and Margaret "Peggie" (Bowen) Actis of Danvers. Kerri was raised and educated in Peabody and was a graduate of Peabody Veteran…