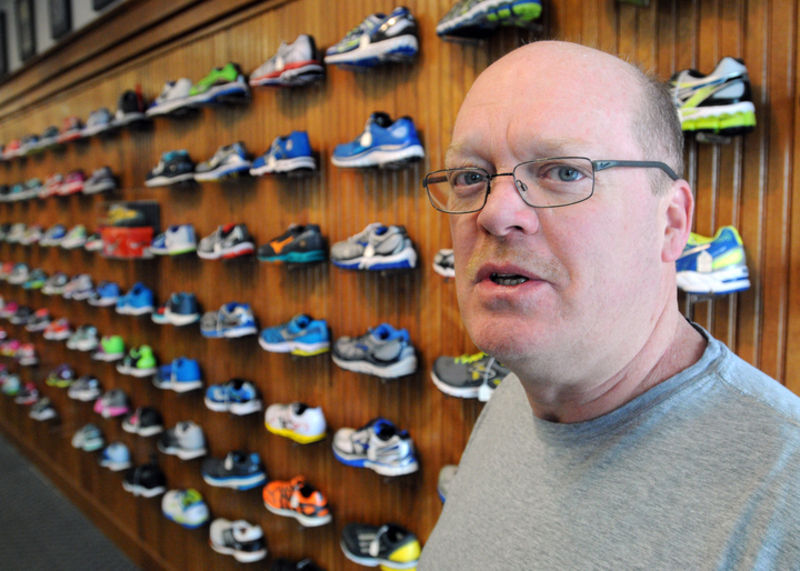 Dave Menosky of the New England Running Company is expanding his running store to include options for trail runners. 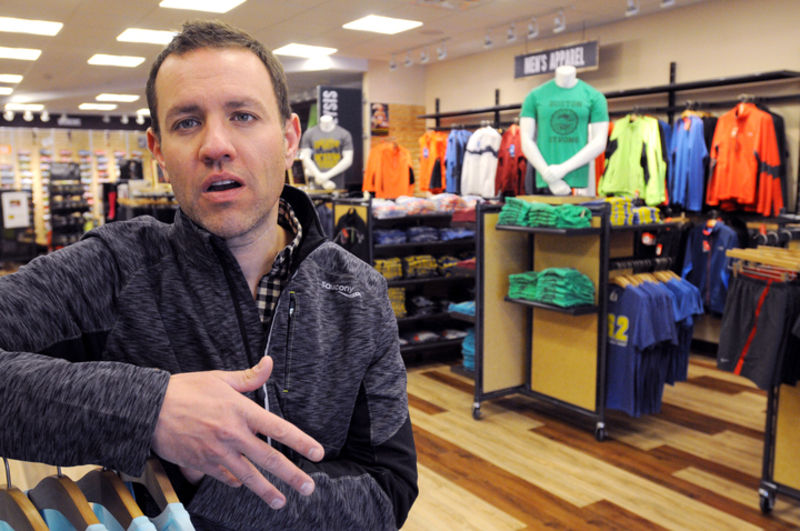 Brett Reily, district manager of Greater Boston Running Company talks about the business inside the new Swampscott location, which opened in September.

Dave Menosky of the New England Running Company is expanding his running store to include options for trail runners.

Brett Reily, district manager of Greater Boston Running Company talks about the business inside the new Swampscott location, which opened in September.

As more people get off the couch and hit the streets, two shops specializing in running gear are growing to meet the demand.

Locally owned New England Running Company on Enon Street in Beverly is expanding its store, while the Greater Boston Running Company, which is part of a nationwide chain, opened its sixth running store, in Vinnin Square in Swampscott in September.

The news comes at a time when runners seem to be everywhere on the North Shore. Some are training for the Boston Marathon, but many are simply running to stay fit and be part of a growing community.

“I think the sense we have on running, it’s perceived it’s more attainable than it ever was,” said Brett Reily, district manager for Greater Boston Running Company. The sport does not require much specialized equipment or a particular venue.

And as participation grows, so does competitiveness among businesses in the running industry.

“It’s definitely stronger,” said Dave Menosky, owner of New England Running Company. “There are just more sources for buying shoes online. The big-box stores are carrying more on running. We have to update our game.”

According to a report by the nonprofit Running USA, participation and athletic shoe sales hit an all-time high in 2012, when at least 51.4 million Americans laced up at least once that year, an increase of 2.8 percent from the prior year. Of those, 29.5 million were considered core runners, a jump of 2.9 percent, says the survey, citing figures from the Sports and Fitness Industry Association.

The trend, however, has been away from specialty athletic footwear shops, as percentage of sales from these stores has dropped from 22.1 percent in 1998 to 18 percent in 2012. General sporting goods stores, discount stores and online sales have shown significant sales gains, the report states.

New England Running Company’s Monesky, 56, of Beverly, says the sport is gaining popularity because of a growing desire to get fit with others in 5K road races or fun runs that people are just happy to finish. Local running clubs like Wicked Running Club of Salem (wickedrunningclub.org), for example, hold a variety of group runs for its members, plus various races throughout the season.

Menosky, who hails from Youngstown, Ohio, was a competitive miler in the mid-1970s and 1980s until a car accident in 1987 ended his running career. He stayed involved in the sport, first working in sales and marketing for running-shoe maker Asics from 1990 until 1997, then as a buyer for Marathon Sports until 2003.

Menosky opened his store 11 years ago to capitalize on what he saw as an untapped market on the North Shore. Business has been steady, he said, partially because the shop gets involved in the community. His store sponsors a series of road races, from the Frosty Four on New Year’s Day to the Wild Turkey 5-mile Run in the fall.

The store’s expansion will allow it to carry more shoe brands for trail runners, who account for 5 percent of the shop’s business. About a quarter of his business comes from walkers.

Another way a small specialty store can distance itself from big competitors is through customer service, by helping with fit, analyzing a runner’s gait, and locating the right pair of running socks, Menosky said. A good running shoe, which will last 400 to 500 miles, costs about $100.

“We also allow (customers) to go outside for a little test drive,” Menosky said.

At Greater Boston Running Company’s new store in Swampscott, you don’t have to run outside to try out the shoe. The store offers a free gait analysis on a treadmill.

“We want to sell you the right running shoe,” Reily said.

Greater Boston Running Company has stores in Andover, Hingham, Lexington, Newburyport and Newton. The group is part of a chain of affiliated stores that Indianapolis-based athletic retailer Finish Line acquired in September 2011 for $8.5 million, according to a press release. The chain had annual sales of $19 million in 2011.

The Swampscott store opened at the former Athlete’s Corner athletic shop. Reily said customers lined up outside when the shop opened.

“There was such a need here,” he said. “It felt like a natural fit, and we would do well. We were overwhelmed by the reception.”

Like New England Running Company, the store in Swampscott is trying to build a community of runners, offering group runs where “nobody’s left behind,” Reily said.