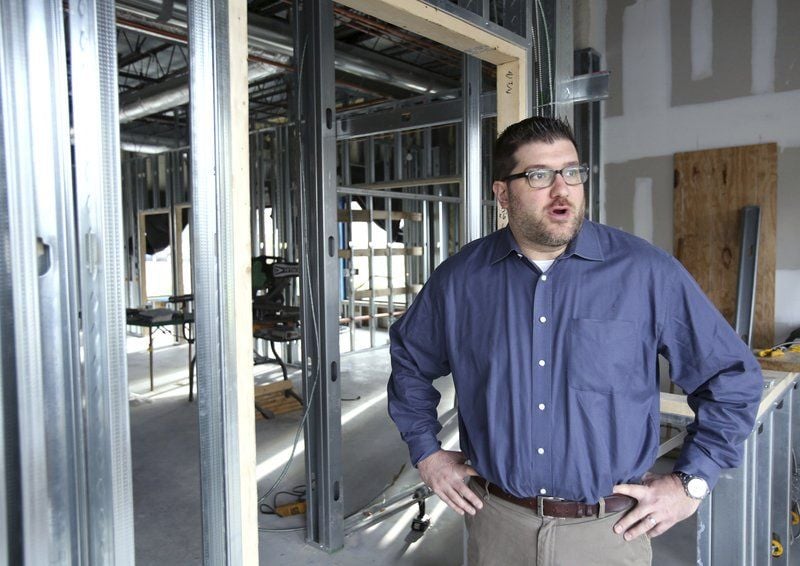 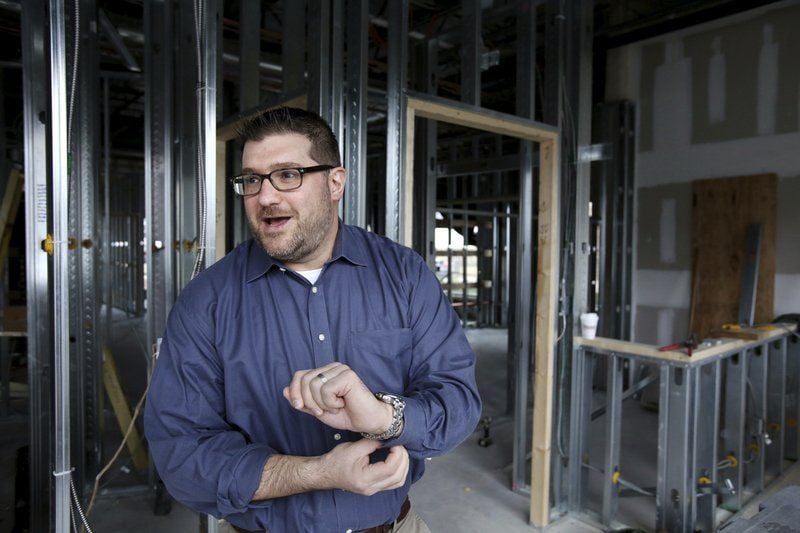 The walls are roughed in with metal studs, and you have to imagine what the reception area, exam rooms and offices for two doctors might look like when the practice opens Feb. 1.

One thing that will be missing from the future home of Gold Direct Care: cubicles for employees to handle the billing of insurance companies.

That’s because Gold will not be billing insurance.

Gold is setting up what he said is the first true direct primary care physician’s practice in Massachusetts, though the idea of paying a membership fee to see a doctor is not new. There are 4,400 such physicians in the United States, according to MedFirst Partners, the consulting firm that is helping Gold set up his practice.

Instead of fee-for-service for each doctor’s visit through the traditional third-party payer health care model, members of Gold’s practice pay a monthly membership fee to him, and see him as needed. It’s for primary care in his office, not at a specialist or in the hospital.

Gold said patients will have access to him anytime, either through a same-day appointment or cell phone or even via Skype. Patients pay a flat rate for Gold’s services based on age, $30 a month for kids to $125 a month for older adults.

There are no copays.

It’s a model of a practice Gold hopes will change the way doctors relate to patients, bring down health care costs, and allow him to spend more time with patients instead of with paperwork. Gold is leaving North Shore Physicians Group to open his new practice at 123 Pleasant St.

At his current practice, Gold estimates he spends about one-third of his time on administrative tasks, instead of seeing patients.

”I can eliminate a huge amount of that fluff,” he said.

Gold said about 80 percent of care can be provided in the doctor’s office, but it does not make sense to bill insurance for each visit. For instance, he said, we all have car insurance, but we don’t use it to pay for gas or routine maintenance.

Under the present health care model, patients turn to their insurance for everything, which drives up the cost, Gold said.

For example, if your kid falls and has a bad cut, Gold can take care of the wound in his office instead of having a family heading to the emergency room. If your kid has a sore throat, and you are not sure what to do, you can see Gold as many times as needed to rule out something serious, he said. A kid who comes in sick with the flu might need IV fluids in his office instead of at the ER. People do not have to worry about what it costs to see him.

Presently, he has to see about 20 patients a day, spending as little as 15 minutes with each one. He hopes to spend more time with each patient in his new practice.

Signing up with a direct primary care does not mean you can go without health care insurance. Bill Cossart, president of Wayland-based MedFirst Partners, the consultant that is helping Gold set up his practice, said you will need some sort of high deductible health insurance policy for direct primary care to work.

”Wrapping this around a catastrophic plan makes sense,” Cossart said.

What Direct Primary Care is not is “concierge medicine,” Cossart said, which involves patients paying for access to a doctor, but the practice also bills health insurance.

”The agreement for payment is between the physician and patient,” Gold said of direct primary care. Gold saves money because he does not have to employ a contingent of people to chase after insurance payments, or spend time himself filling out forms. Cossart estimates it takes one and a half employees to administer the health insurance paperwork for one doctor.

Gold said patients will also get access to office-based lab work and related services. He said he can do a blood test for $1.50 instead of billing insurance at a much higher rate. A cholesterol test would cost $3 instead of $90 being billed to insurance.

He also plans to work with independent radiology labs in Andover and southern New Hampshire to get the best price for his patients for MRIs or other imaging tests. Unlike patients, he can negotiate with large hospitals for a price for such services, something patients cannot do now.

Cossart said there may also be an upside for businesses that offer memberships to direct primary care physicians, because they would save money by switching their employees to plans that have high deductibles. In some cases, it may even be worth it to pay memberships for employees.

Gold said direct primary care is good for a wide range of people like a self-employed freelance photographer or carpenter who makes too much to qualify for health insurance subsidies, but can’t afford so-called “Cadillac” plans or a single mom caring for a child with a medical condition. A geriatric patient would be able to sit down with Gold on multiple visits over the course of a week to work out a care plan, without having to worry about cost.

Gold hopes that under this model, he would have the time to listen to his patients and be more of a doctor again.

”If you listen to a patient, 90 percent of the diagnosis comes from the patient,” Gold said.