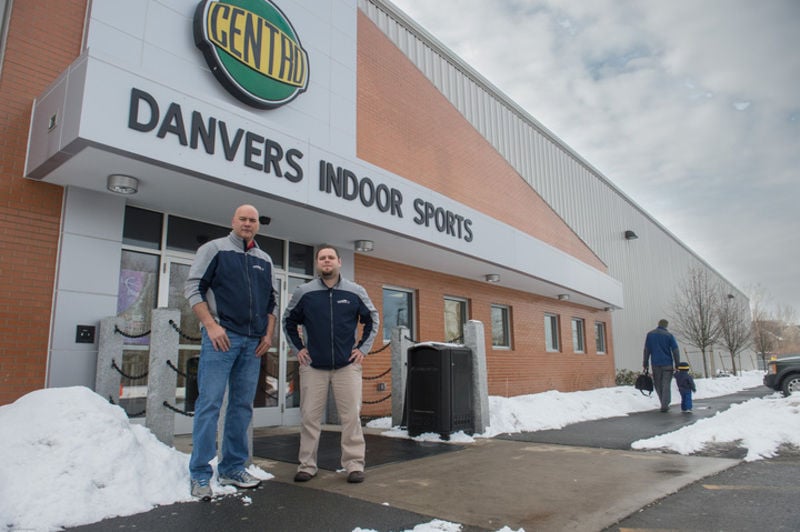 From left, Kelly Cragg, owner of Danvers Indoor Sports, and general manager Josh Lewis stand outside the business off Andover Street in Danvers. Demand for space is prompting an expansion. 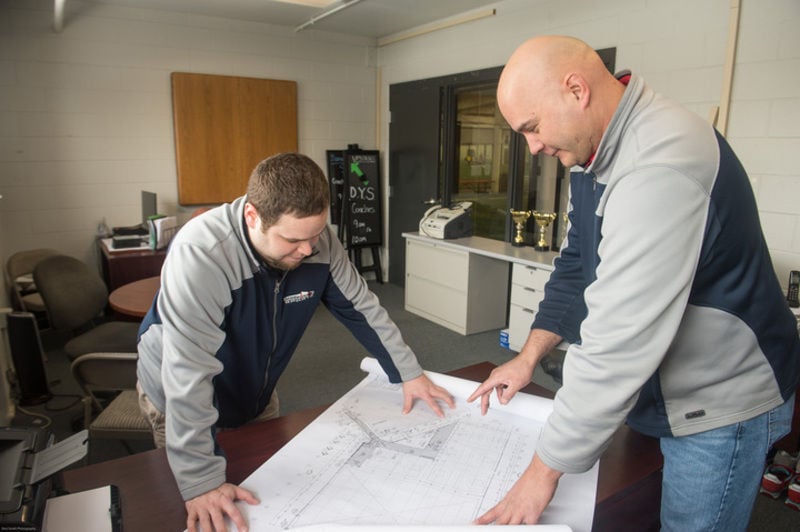 The future look of Danvers Indoor Sports is shown in this artist's rendering. 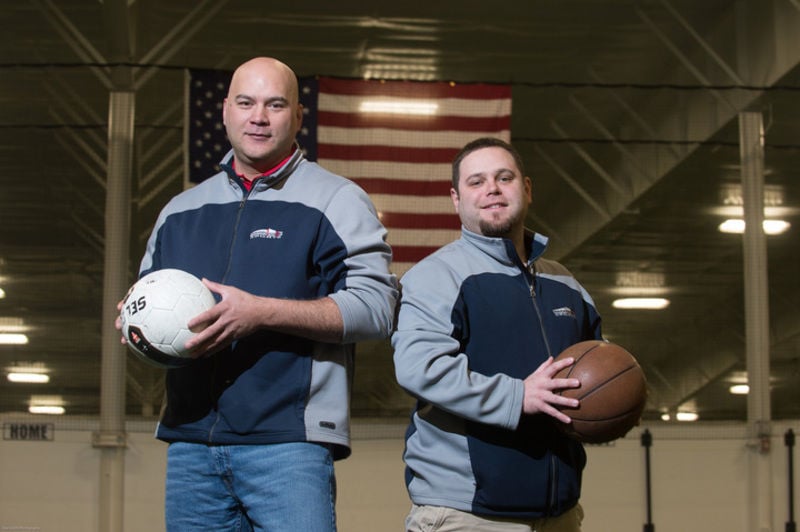 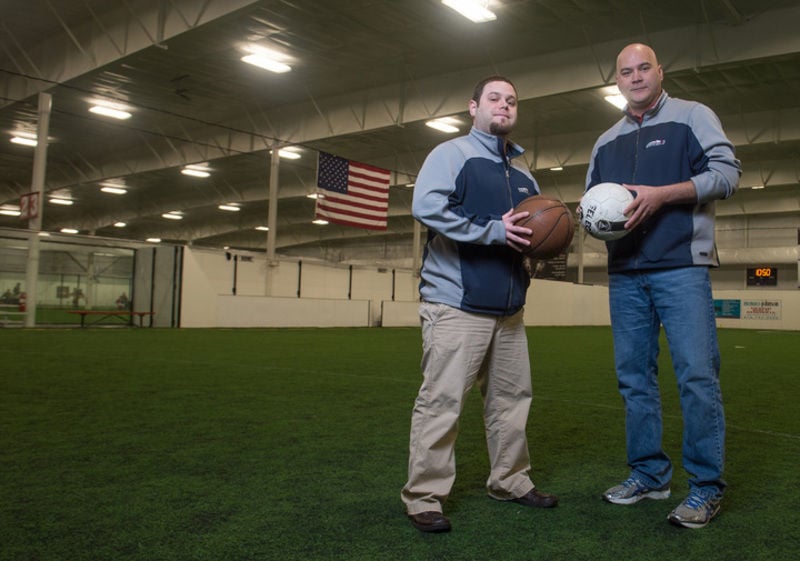 Desi Smith Staff photo/Salem News. From left, Josh Lewis, general manager, and Kelly Cragg, one of the owners, stand on the indoor field at Danvers Indoor Sports. Less than three years after opening, the business is ready to expand. March 10,2014

From left, Kelly Cragg, owner of Danvers Indoor Sports, and general manager Josh Lewis stand outside the business off Andover Street in Danvers. Demand for space is prompting an expansion.

The future look of Danvers Indoor Sports is shown in this artist's rendering.

Desi Smith Staff photo/Salem News. From left, Josh Lewis, general manager, and Kelly Cragg, one of the owners, stand on the indoor field at Danvers Indoor Sports. Less than three years after opening, the business is ready to expand. March 10,2014

DANVERS — When they built the cavernous Danvers Indoor Sports complex in 2011, developers were dreaming big, hoping demand for their four artificial turf fields would make the facility viable.

In less than three years, the soccer, lacrosse, field hockey and basketball teams have come. Now there are plans for the complex to double its size.

It’s not just the need for field space during the winter that is driving demand, but also the need to offer space for educational or training programs for coaches and referees.

“Right now, the diversity is what is bringing light to the need,” said Kelly Cragg, a partner in the development and manager of Danvers Indoor Sports. Cragg and his father, Don Cragg, ran youth soccer programs at the arena at Topsfeld Fairgrounds until 2009. They have more than 20 years of experience running indoor sports facilities.

Danvers Indoor Sports was built on a 21-acre parcel at 150 Andover St., the site of the former Morton Thiokol chemical plant. The first phase was built in 2011 for $3.4 million at a time when demand for indoor field space was on the rise.

The 88,000 square-foot facility was developed by MRS Management Co. of Topsfield, which has now won approval from the town to nearly double the size of the operation with an approximate 75,000-square-foot addition.

The expansion will cost about $4 million, though the final number could be more than that, “depending on which path we go” when it comes to the fit-out, Cragg said.

A large metal industrial building on the site has been demolished already to make room for the expansion.

The family-owned construction firm Connolly Brothers of Beverly built Danvers Indoor Sports, and they are working on the expansion.

“The job they did here speaks volumes of what they are capable of doing,” said Cragg, a partner in the development with Mark Mscisz.

“It should be a fairly simple process” to get the new building up, said Connolly Brothers Vice President Jay Connolly, who expects construction to take six months.

While the area has a number of indoor sports facilities, and large indoor sports complexes are common in other parts of the country, “this area does not have anything even remotely close to what they have,” Connolly said.

When Danvers Indoor Sports was envisioned, Cragg said, they knew there would be other uses besides league play.

“The building was built to satisfy the needs of the sports we had done business with for 20 some-odd years,” he said. “We felt this size building would definitely satisfy our model for what was out there, but that doesn’t compensate for the programming needs that are out there, the training pieces in the educational programs that run alongside these. ...

“Coaching certifications, coaching classes, their general meetings,” he said. “That’s where the building is really making an impact. ... Now, 21/2 years into it, we are seeing that now’s the time to start focusing on those programs -— educational programs, training programs.”

In addition to the obvious team sports uses, such as soccer leagues, a semiprofessional football team and a rugby program want to use the facility because they need a place to practice, Cragg said.

The new building will feature four “multicourts” that can be used for basketball, volleyball, futsal or cheerleading. It will have a 220-foot by 160-foot field, which can be divided into three smaller fields.

“We talk about diversity, this will give us the ability to host tournaments,” Cragg said. Corporate outings and weight-lifting competitions are also a possibility.

Schools and towns have also come calling. When Danvers High renovated its high school fieldhouse a few years ago, the school turned to Danvers Indoor Sports for athletics space.

The expanded facility will also mean a few more jobs. The facility has a dozen people on its staff, Cragg said. About 50 referees who work as private contractors also work the games. A separate fitness-center business, Repertoire Fitness, has about a half-dozen people. About seven people work concessions.

In past couple of weeks, the facility has hired Josh Lewis of Haverhill as its general manager. He worked for eight years at the Sports Zone in Derry, N.H. Cragg said it will be important to keep present customers happy as the facility courts new ones.

“It’s bringing in good, quality people and focusing on our customer base and making sure they are taken care of before we expand,” Cragg said.