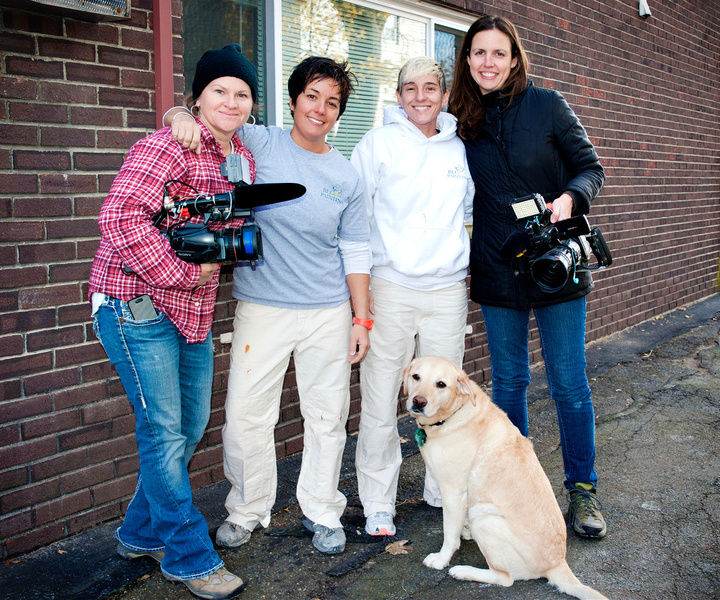 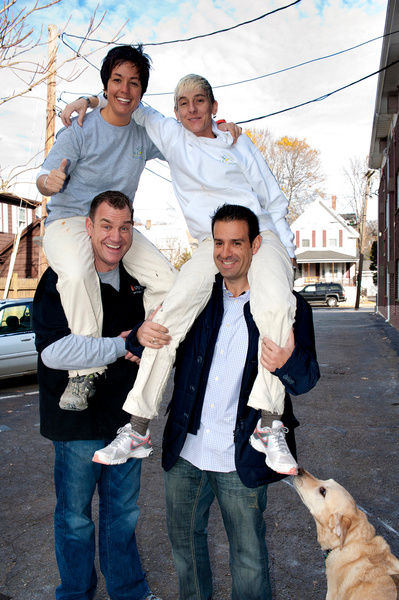 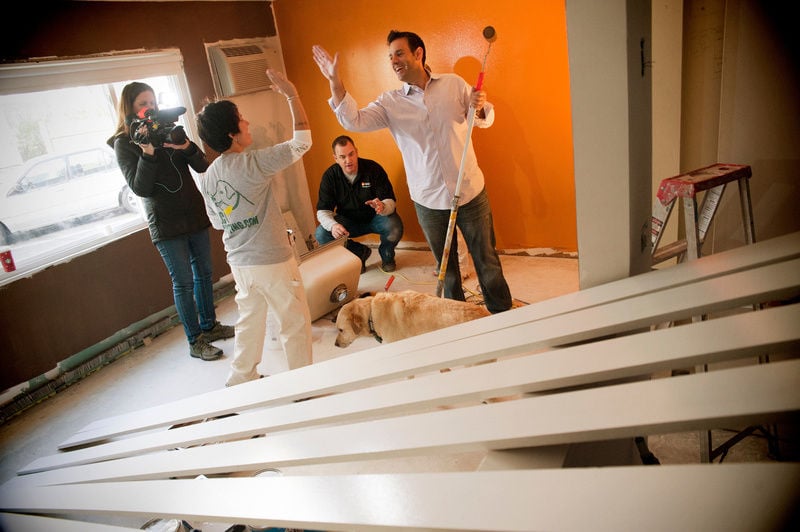 Salem's Brooke Cambridge, left, and Peter Souhleris of Boxford, co-host of "Boston Flippers" on A&E, high-five during the filming of an episode. 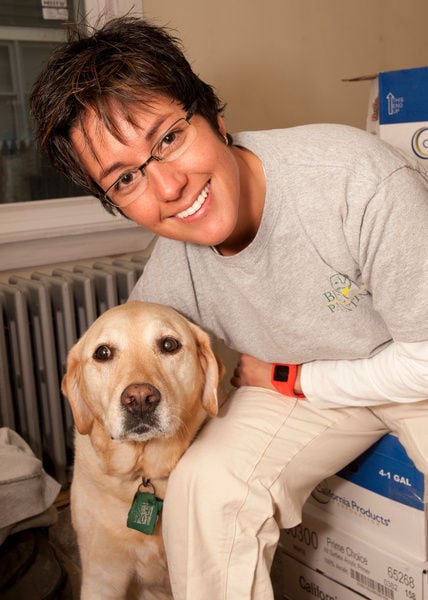 Painting contractor Brooke Cambridge of Salem, with Toby Sage, who appears in her company's logo. 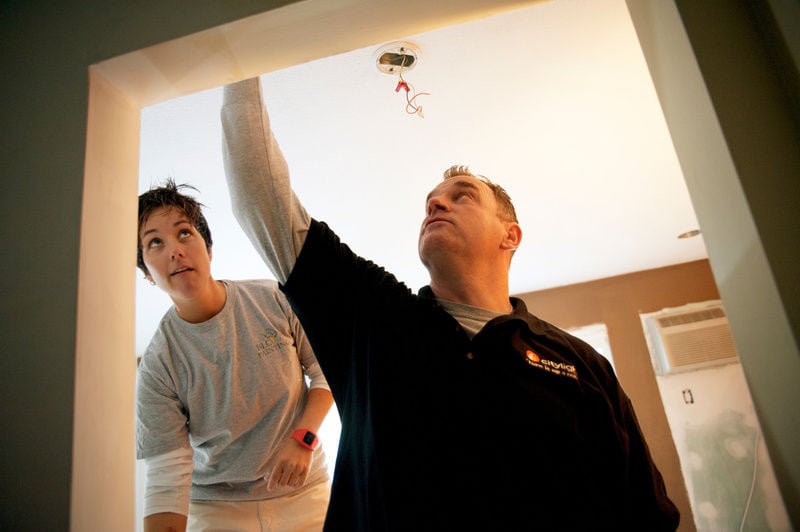 Brooke Cambridge of Salem with Dave Seymour, co-host of A&E's "Flipping Boston," at work on a house renovation.

Salem's Brooke Cambridge, left, and Peter Souhleris of Boxford, co-host of "Boston Flippers" on A&E, high-five during the filming of an episode.

Painting contractor Brooke Cambridge of Salem, with Toby Sage, who appears in her company's logo.

Brooke Cambridge of Salem with Dave Seymour, co-host of A&E's "Flipping Boston," at work on a house renovation.

SALEM — Brooke Cambridge has been painting houses for 14 years and started her own business, BLC Painting, seven years ago, employing a crew of four. Now she’s making her television debut in three upcoming episodes of “Flipping Boston,” a new show on the A&E cable network that is co-hosted by Peter Souhleris of Boxford.

The episodes were shot in Salem, Danvers and Lynn and will air Feb. 23, March 2 and March 9.

Cambridge, 32, grew up in Falmouth, Maine, and moved to the North Shore about 10 years ago. She is also a talented hockey player and once tried out for the women’s Olympic team.

Cambridge has worked hard to develop a competitive edge and credits her dog, Toby Sage, who appears in her company logo, with helping to develop the company’s positive image. Cambridge chatted with The Salem News recently about her business and the show.

How were you chosen for “Flipping Boston”?

We got a phone call out of the blue. They did a Google search, saw our website and liked it.

The logo stood out — it’s my dog, my yellow Lab with a paintbrush in her mouth. It set us apart, makes it more personal, says we’re friendly, that kind of thing.

Who designed the logo?

Myself and one of my best friends, Donnie Baker, a graphic designer.

What’s the show about?

It’s a flipping show, renovation. We come in and do the painting work for the project that they are flipping or renovating. We did a condo in Lynn, and Pete (co-host Peter Souhleris) owns a pizza shop in Danvers, Pete’s A Place — we did interior and exterior for that.

What did the pizza place look like after you were done?

It’s very bright, very dramatic, a lot of cool logos. We spiced it up from what he had previously in there, gave it kind of a new, modern look.

How did you get into painting houses?

It wasn’t the dream career. I fell into it in my early 20s with some friends who were doing it as well.

How did you decide to start your own business?

After I worked for a few companies, I decided, ‘Why am I working so hard to help these guys make this money? I think I can do this myself.’

What was involved in getting started?

I started from the ground up. I didn’t have any clientele and tried to get word out through friends and family. I made some business cards. After some time, it worked. ... I spent so much of my time researching online, looking through local, federal websites at what I can do, what qualifications do I need, who do I need to talk to, how to become a legitimate business, if there were any qualifications I needed that would make me stand out.

What did you learn?

I figured out that we needed a home improvement contractor license, as well as doing some research and finding the Painting and Decorating Contractors of America. That was a great outlet. It’s out of St. Louis, a national organization with regional chapters. I’ve been a member for several years now and I’m on the board of directors.

What do they do?

We meet monthly and do a conference every year to learn about the best business practices, the newest products, anything relating to the painting industry.

Did I see that you also recently met with Mayor Driscoll to discuss women in business, and have listed with the state’s Supplier Diversity Office?

Just this week we became certified as a woman’s business enterprise. I had been trying to do that for year; it’s very involved, it took me until now to get moving.

Do you need any kind of certification to work on historical properties on the North Shore?

We are EPA lead certified. It’s a state certification you have to have on any homes built before 1978 that have lead, inside or out. There are certain qualifications and ways things have to be done to protect the environment. There’s a no-sanding law in Salem; you can’t sand outside and have the dust flying all over the place. That type of thing.

How involved are you in each episode of the show?

As I understand it, on the 28th, we have a small piece in that. On the second of March, we have quite a scene, and the 9th of March, we did some work on that as well.

Will you be making future appearances on the show?