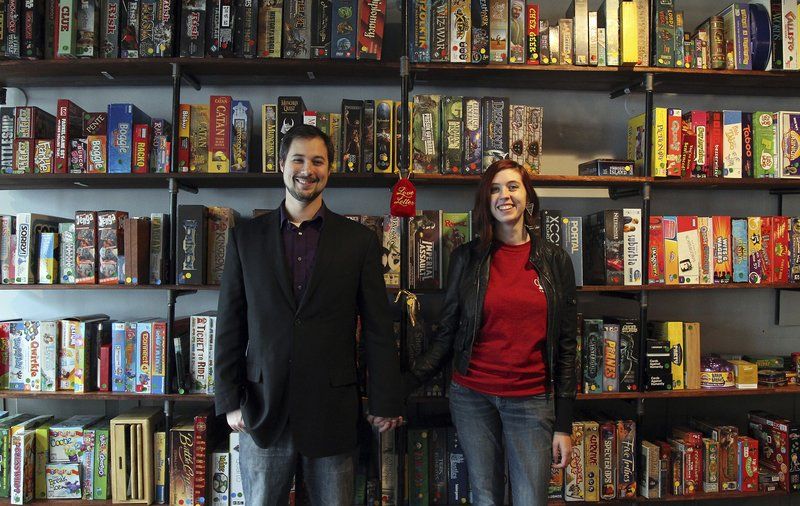 DAVID LE/Staff photoBeverly residents Kevin and Ryn Grant have more than 300 different board games on the shelves in their new board game cafe at 240 Rantoul St. in Beverly, called The Castle. 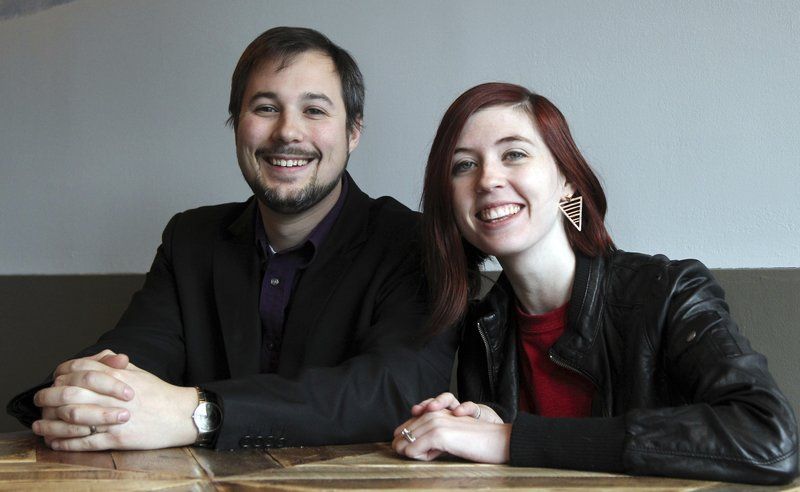 Kevin and Ryn Grant, of Beverly, are the owners of a new board game cafe.

DAVID LE/Staff photoBeverly residents Kevin and Ryn Grant have more than 300 different board games on the shelves in their new board game cafe at 240 Rantoul St. in Beverly, called The Castle.

Kevin and Ryn Grant, of Beverly, are the owners of a new board game cafe.

BEVERLY — Rantoul Street now has its own castle. A board game cafe castle, that is.

With a grand opening this past Saturday, The Castle is the culmination of more than a year’s worth of planning and work by Ryn and Kevin Grant.

More than 300 board games line a shelving unit against a wall in one room and there’s an espresso machine behind a bar in another — the couple said they’re ready for their debut in business ownership.

And there’s a library to match.

As visitors sip down an espresso or indulge in a panini, they can choose from a variety of games — classics such as Guess Who? or Sorry! or something spooky and requiring teamwork such as Betrayal at House on the Hill and Zombicide Season 2: Prison Outbreak. It’s a $5 flat rate to play a game, Ryn explained, but there’s no time limit.

The cafe features a subtle castle theme — chandeliers over the bar with chains, reminiscent of those in medieval castles; a sword behind the bar and a dragon mural on one wall.

Kevin, a Danvers native, and Ryn, originally from Maine, met while studying at Gordon College in Wenham. After graduating and each getting jobs, the couple decided to take a step back.

“We both have very entrepreneurial streaks,” Kevin said. “We wanted to do something that would help the community.”

They originally wanted to open a board game store, Ryn said, but realized the “business model just wasn’t viable” after some research.

“While we were researching, we came across board game cafes,” she said.

A road trip to Toronto helped the Grants visualize what it could be like — there are four of them in that city’s downtown.

“Canada’s kind of where the hub is, but you’ll see more and more have popped up around the world and in the country,” she said. Once they got an up-close look at what could be, they felt they could make it work back home.

The couple was able to secure a space at 240 Rantoul St., which used to house a restaurant. They were able to renovate the space and buy what they needed for the cafe through a few sources.

A state Small Business Association loan, along with $20,000 raised through an Indiegogo crowd funding campaign, helped. Overall, Ryn said, the investment is below $100,000.

The couple has hired nine part-time employees, one of which is a game master, there to educate people on new games.

Amid the growing pains of opening a new business, the couple is looking at how they want the cafe to develop.

Expanding the game library is one goal, Ryn said. Turning a back room into a private gaming area is another. The Grants are also looking at hosting private events.

Having an interactive place for people to visit was one of the elements the Grants wanted to provide downtown. Even before the cafe opened up to local gamers, there had been some hype at the prospect.

“The enthusiasm has been tremendous,” Ryn said. “We’ve just gotten a lot of support and excitement.”