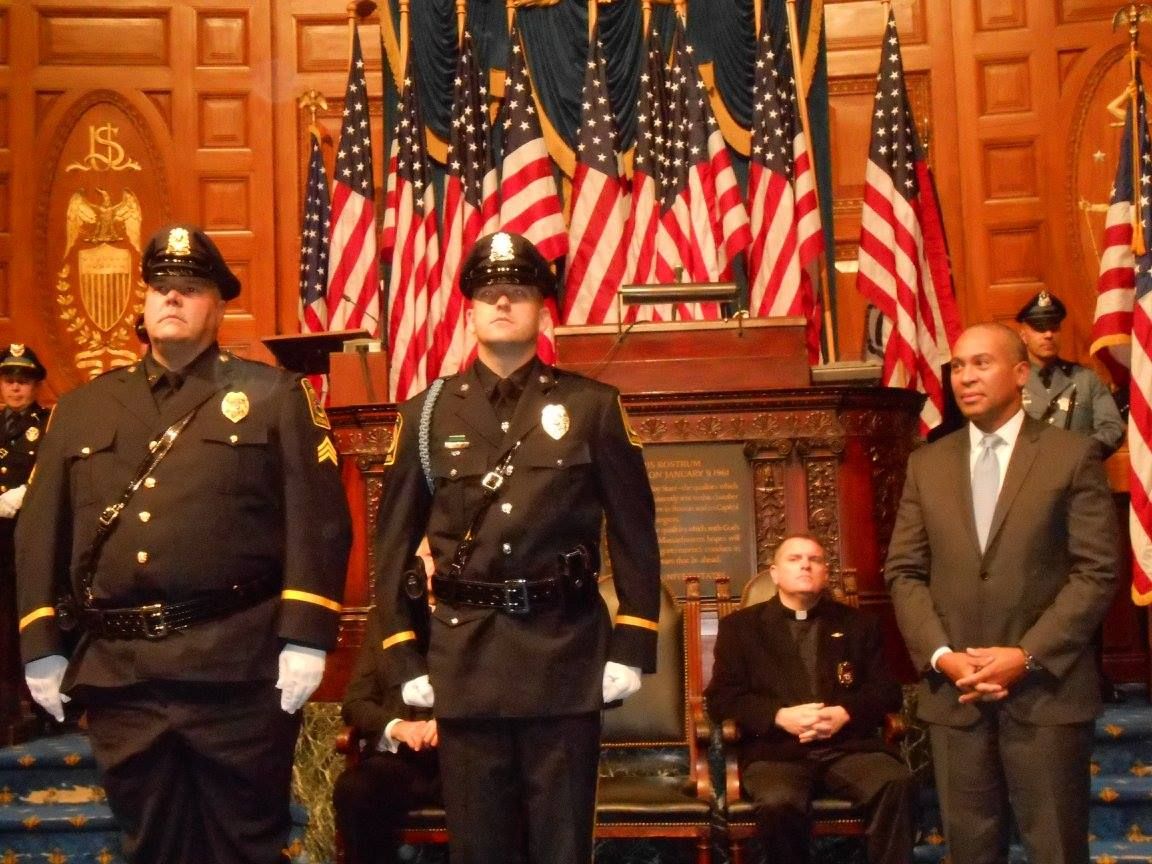 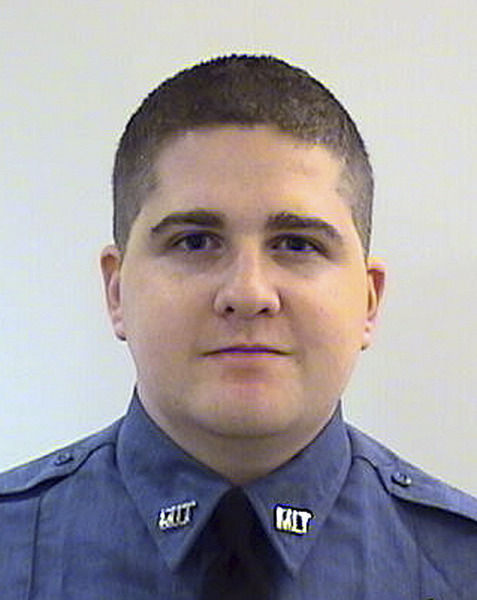 BOSTON — Armed with a knife, Scott Kehoe confronted police officers outside the Avalon Apartments in Danvers as they shouted at him to drop the weapon.

Kehoe, a 37-year-old with a history of mental illness, was wanted by police on home invasion, kidnapping, assault and a litany of other charges. He waived the knife at the officers, according to reports of the Aug. 22, 2013 incident, lunging toward them.

Danvers officer Justin Ellenton and Sgt. Peter Shabowich were among a half-dozen officers who tried to talk Kehoe into putting down the knife, even after he'd slashed a State Police trooper. When he charged Danvers police Sgt. Paul Stone, officers fired their weapons, according to police reports, hitting him multiple times.

Kehoe was taken to a hospital where he was later pronounced dead. A subsequent investigation by the Essex County District Attorney's office ruled the shooting justified.

On Wednesday, Ellenton and Shabowich were honored for bravery by Gov. Deval Patrick, along with 23 other law enforcement officers, including several who responded to the 2013 Boston Marathon bombing.

“Those who serve in law enforcement place themselves in harm’s way for the rest of us,” Patrick told the gathering of police officers, family and friends inside the stately House of Representatives chamber. “This award recognizes officers whose actions have demonstrated bravery above and beyond expectations, and for that they are to be commended.”

The officers received the 31st annual Trooper George L. Hanna Memorial Awards for Bravery. Hanna was killed in the line of duty in 1983.

Danvers Police Chief Neil Ouellette said Ellenton and Shabowich faced a “no-win situation” where they were forced to take lethal action to protect themselves and other officers who responded to the call.

"The incident rapidly unfolded into a life-threatening encounter for the police officers involved,” he said. "They showed courage and professionalism in stopping this threat.”

An award was presented posthumously to MIT Police Officer Sean Collier, whom authorities say was killed by the suspects in the bombings, brothers Dzhokhar and Tamerlan Tsarnaev. Collier was a Salem State graduate.

Three Lynn police officers — John Bernard, Joshua Hilton and Paul Scali — were recognized for their role in stopping a man who was threatening people in the Kings Lynne complex on Sept. 5, 2013.

The man, 30-year-old Denis Reynoso, grabbed an officer's gun and fired two shots as they struggled, according to police reports. Officer Hilton fired one shot at the man, killing him.

Christian M. Wade covers the Statehouse for The Salem News. He can be reached at cwade@cnhi.com.

One week after a 37-year-old Danvers man was shot to death by police, the public is still in…

Venice, FL - James V. Giarrusso Jr. (Jim), 88, of Venice, Fla., passed away on November 12, 2020. He was born April 1, 1932 to James and Caroline Giarrusso. As a Boston Native, he was graduate of Boston English High School and Boston Technical School. Jim retired from Stone and Webster Engin…

Salem, MA - Alex Arthur Filias, 98, formerly of Manchester By The Sea, Marblehead, and Church Street, Salem. He leaves his beloved wife of 48 years, Ruth (Davis) Filias. His life was defined by working in a family business, Dutch Bowl Restaurant, being a Seaman First Class during WWII, playi…