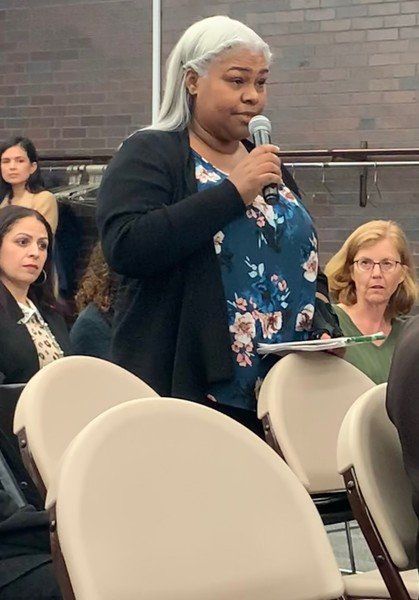 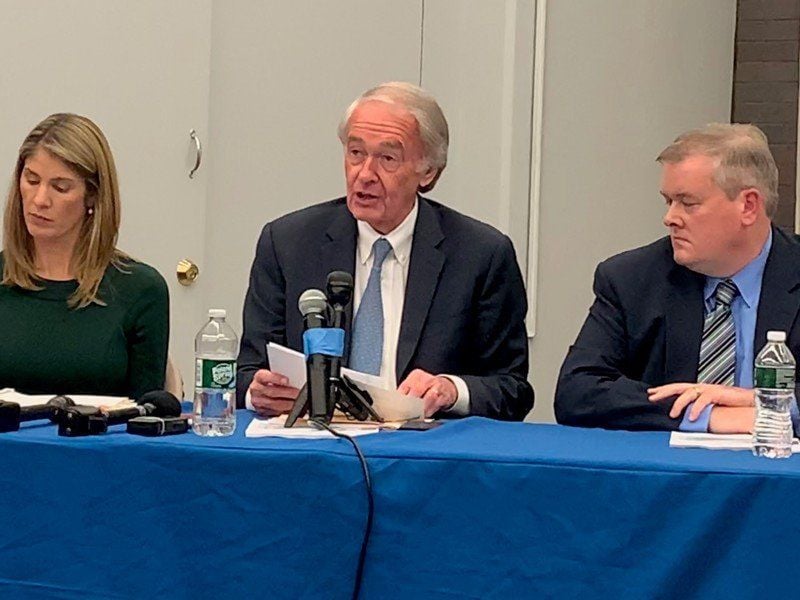 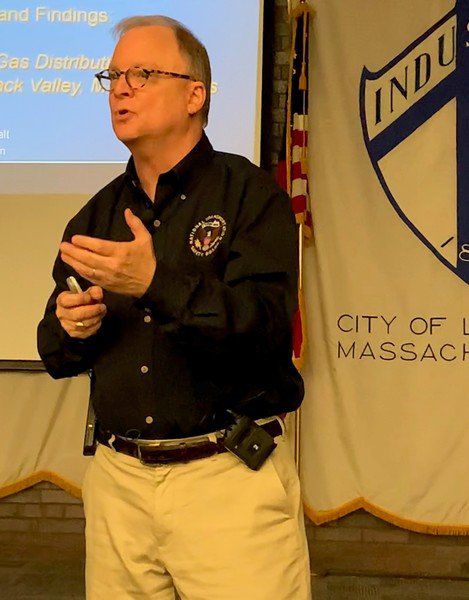 Robert Sumwalt, the chairman of the National Transportation Safety Board, goes over the final findings by his agency of the Sept. 13, 2018, gas explosions and fires during a hearing at Lawrence Public Library Friday afternoon.

Robert Sumwalt, the chairman of the National Transportation Safety Board, goes over the final findings by his agency of the Sept. 13, 2018, gas explosions and fires during a hearing at Lawrence Public Library Friday afternoon.

LAWRENCE — As local and state officials applauded the release Thursday of the final federal safety report on the Sept. 13, 2018, Columbia Gas disaster, on Friday, Massachusetts regulators announced the start of two, new investigations into the utility company’s work in the Merrimack Valley. The investigations will focus on the company’s work before and after the explosions and fires that led to one death, hundreds of injuries, and scores of damaged buildings.

Matthew Nelson, chairman of the Department of Public Utilities, told about 50 people gathered in the auditorium of the Lawrence library Friday afternoon that his agency was able to commence the investigations now that the final, federal report by the National Safety Transportation Board had been released.

“We have launched two investigations into the Columbia Gas,” Nelson said, speaking from the front table where he was joined by the head of the NTSB and several elected leaders. “We have serious concerns about the management, workmanship and credibility of Columbia Gas. As a judicial agency, we want to make sure homes and businesses have peace of mind that they are getting safe gas service.”

He noted in a press release issued while the hearing was going on, that while a lot of changes have been made since the disaster, more changes will be needed.

“These investigations will help ensure any further necessary system improvements are made, and will take place in a transparent and public manner to provide residents every opportunity to be part of the process,” he said, noting that the agency would be holding at least one public meeting in the Merrimack Valley in the coming months to gather public input as part of the year-long investigations.

According to the press release, the DPU will also investigate Columbia Gas’ preparation for the gas incident and the company’s implementation of its emergency response plan, including an examination of the company’s preparation for and management of the restoration efforts. It will also focus on public safety; allocation of resources to affected municipalities; timely and accurate communication with state, municipal, and public safety officials; and dissemination of timely information to the public.

Based on its findings, DPU could impose multimillion-dollar fines against the company.

Nelson also told the crowd that the state agency has hired a company to conduct an audit of Columbia Gas and the actions it took leading up to the 2018 incident as well as a more recent gas leak — on Sept. 27, 2019 — that led to evacuations of homes and businesses for nearly three days.

The cause of that incident was determined to be a poorly marked gas valve that was mistaken for a water meter.

NTSB Chairman Robert Sumwalt told the audience Friday that his agency’s investigation found that the 2018 incident was the result of “human error.” He went over some of the 14 findings and new safety recommendations that are contained in the report, including a provision that a professional engineer be required to sign off on all Columbia Gas plans before the start of construction.

That recommendation, he said, has already been acted upon by the Massachusetts Legislature, which approved a bill requiring a professional engineer for all work done by gas companies throughout the state.

Sen. Edward Markey, D-Mass., who called for the Friday meeting, slammed Columbia Gas for “putting profits over protection” by using incomplete and outdated maps, unqualified engineers and taking shortcuts in their construction practices.

“This accident was not inevitable, but it was preventable,” he said, pushing for passage of a bill that would increase safety protocols for gas companies across the country.

Mayor Dan Rivera, one of the panelists at the head table, called for a moment of silence for 18-year-old Leonel Rondon, who died when he was crushed by the chimney of a house that blew up as a result of the overpressurization of gas lines in Andover, North Andover and Lawrence.

He said Columbia Gas “had acted negligently for years” leading up to the disaster and pressed once again for the removal of the gas company’s license to operate in Massachusetts.

“If you remove their license it sets a standard for all companies to put safety over everything else,” he said. “The culture of the company will not change if nobody is held accountable. This report is the final word on the cause of the blast. It opens the door for other authorities to levy fines and punishment on a rogue company. I hope all of us hold them accountable.”