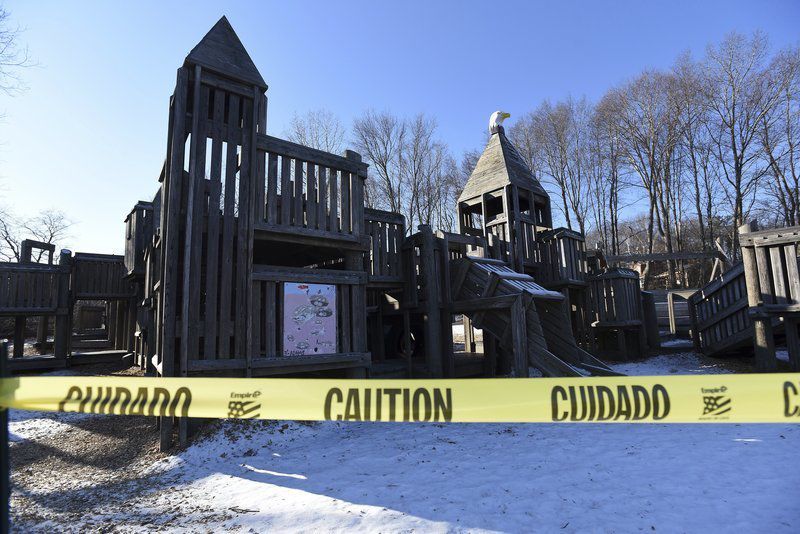 PAUL BILODEAU/Staff photoThe Eagle's Nest playground at Essex Elementary School has been closed due to structural safety concerns, according to the Manchester Essex Regional School District. 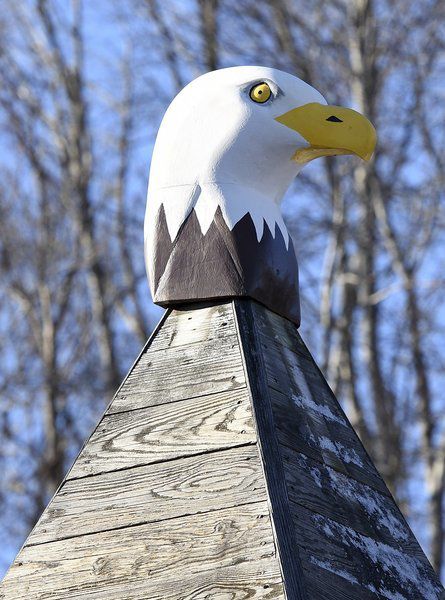 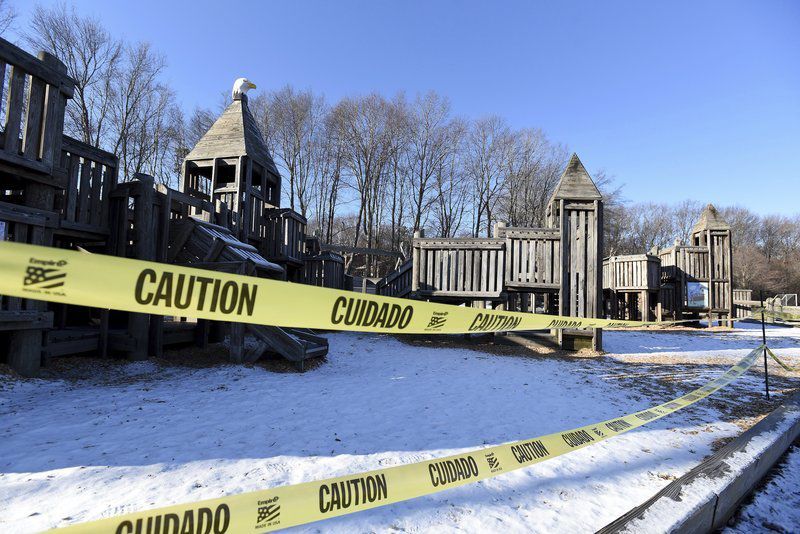 PAUL BILODEAU/Staff photoThe Eagle’s Nest playground at Essex Elementary School has been closed due to structural safety concerns, according to the Manchester Essex Regional School District. 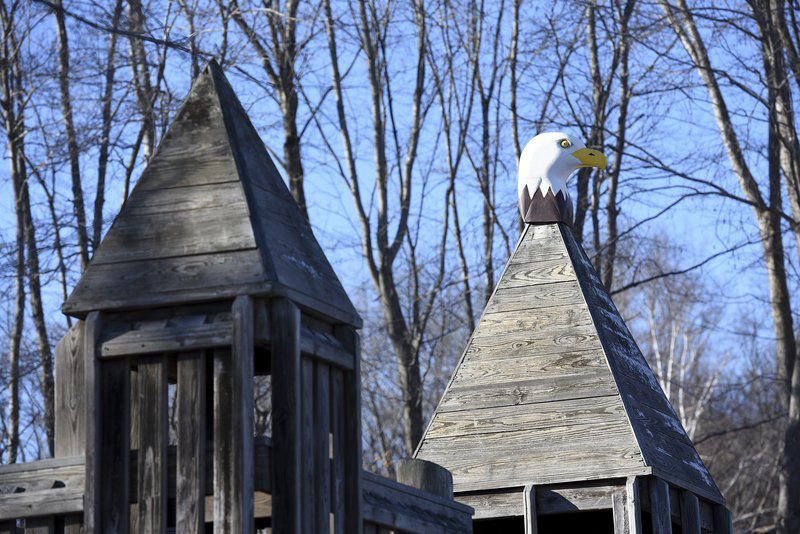 PAUL BILODEAU/Staff photoThe Eagle's Nest playground at Essex Elementary School has been closed due to structural safety concerns, according to the Manchester Essex Regional School District.

PAUL BILODEAU/Staff photoThe Eagle’s Nest playground at Essex Elementary School has been closed due to structural safety concerns, according to the Manchester Essex Regional School District.

Essex Elementary School’s playground, known colloquially as the Eagle’s Nest, will be torn down after entertaining Cape Ann and North Shore children for more than three decades.

The Manchester Essex Regional School District (MERSD) closed down the playground on Wednesday because of concerns about the structure’s integrity. The play area was roped off by yellow police caution tape.

In email sent Thursday at 4:26 p.m. to Essex Elementary families, Avi Urbas, the school district’s director of finance and operations, explained further why playground was shut down.

“Earlier this week, Pam Beaudoin and Jennifer Roberts emailed about the need to close the Eagles’ Nest playground. This decision was made with student safety in mind based on the findings of a report from Playground Inspections of New England (PINE) of Brewster, MA, a certified playground safety inspector,” he said. “These findings were consistent with the most recent annual review conducted by MERSD’s facilities department.”

“Over the past several years, MERSD has routinely invested annual capital repair funds into the playground in an attempt to extend its useful life,” Urbas continued. “The inspection report, however, documents a large number of safety concerns that can no longer be remedied with routine maintenance practices. Some relate to changes in design standards in the time since Eagle’s Nest was constructed (e.g., appropriate use zones). Others relate to the natural decay of a wood structure over time. Remedying these items would require rebuilding large sections of the structure, which would not be cost effective.”

According to report by PINE inspector Nancy White, some of the problems with the Eagle’s Nest are:

Not enough surfacing (or resilient surfacing) throughout the entire playground. “The number one reason children are injured on a playground is due to a lack of surfacing.”

Access does not meet current state and federal law mandates for those with disabilities.

Wood rot, shards, splinters, and cracks are present throughout the playground.

Swing supports are ‘bending’ and have weakened. Stability has been compromised.

In all, White listed 38 issues with Eagle’s Nest that would need to be addressed to make it safe.

“Unfortunately, the Essex Elementary School playground has a very high probability of accidents. They are in fact, accidents waiting to happen. In my professional opinion, I recommend removal of the entire structure and swings.”

But Urbas alluded to what is next.

“Student safety is our top priority. Although we are disappointed to be closing Eagle’s Nest, we feel it is prudent to follow PINE’s recommendation in closing the playground, effective immediately. Our work will quickly turn towards planning for the future, and we welcome your input,” Urbas said.

The MERSD School Committee will discuss the process for design and construction of a new playground at its meeting on Tuesday, Jan. 14, at 6:30 p.m. in the library at Manchester Essex Regional High School, 36 Lincoln St. in Manchester.

Eagle’s Nest was privately funded and constructed by members of the community. Local decoy carver Bob Brophy whittled two iconic cedarwood eagle busts for the structure’s tallest tower. The 1985 original was replaced around 10 years ago after a janitor accidentally threw it away.

“I’ve planned on taking the eagle head’s down myself,” said Brophy on Thursday. “Not today, though. It’s too damn cold.”

The news of the playground’s closure didn’t come as a surprise to the experienced woodsmith.

“I’m glad they’re making (a playground that’s) safe for the kids,” Brophy said. “It must have been rotting for years.”