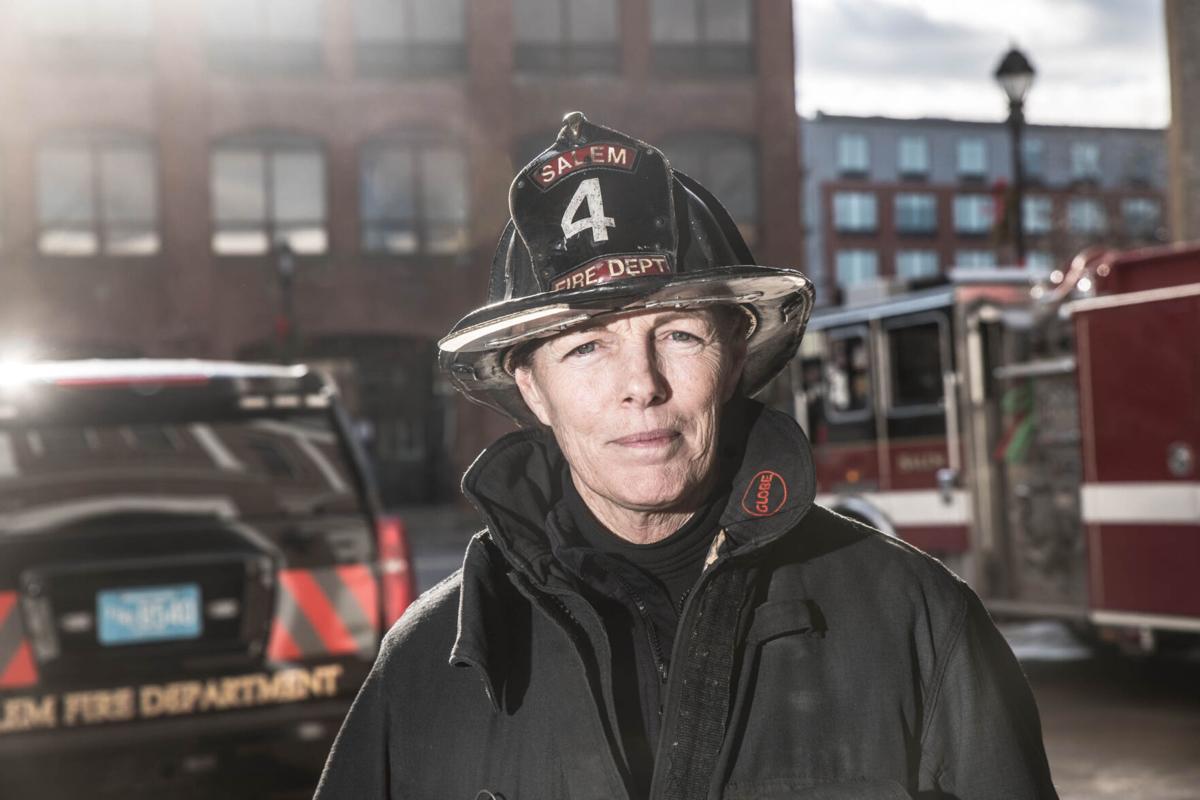 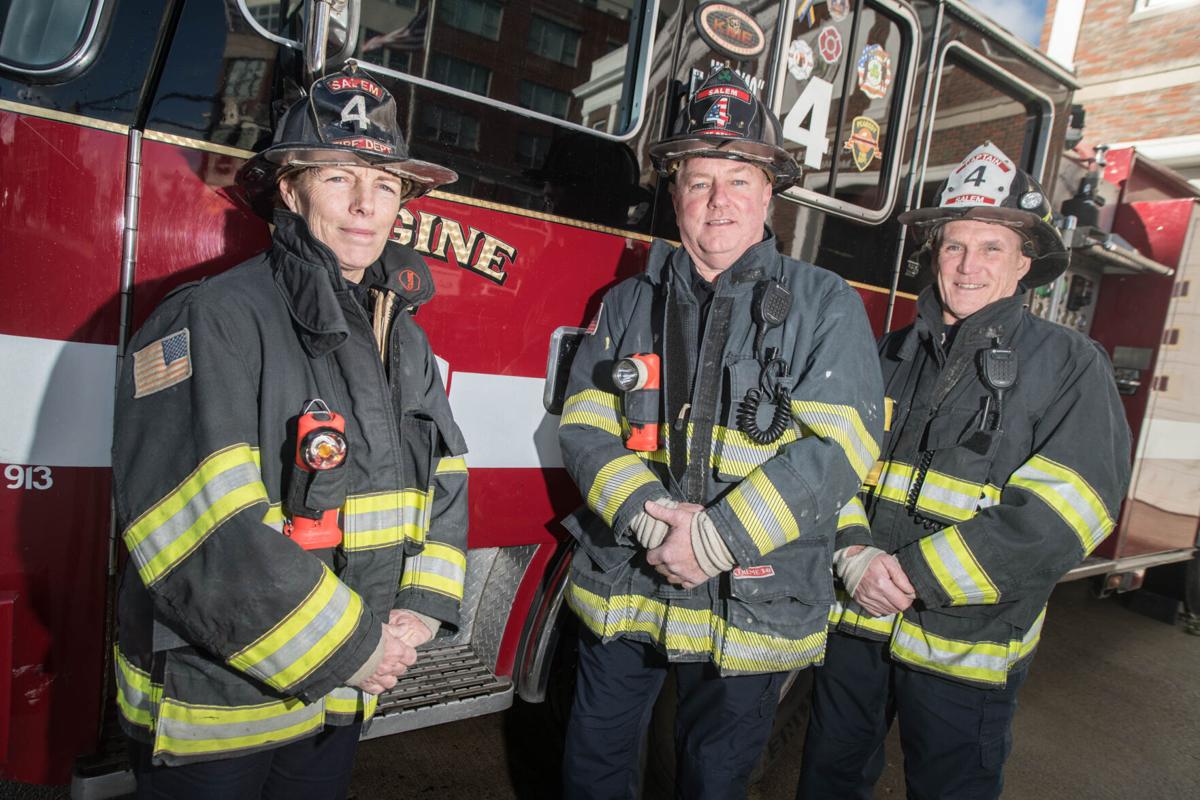 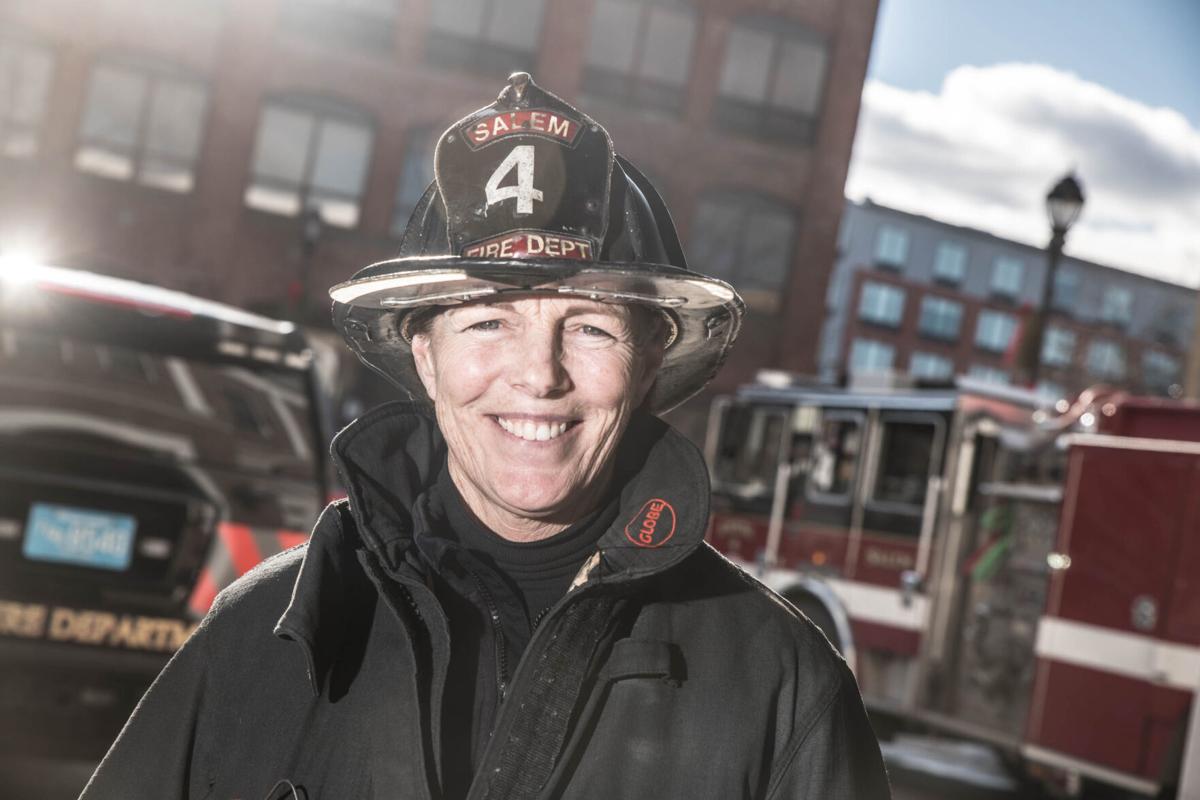 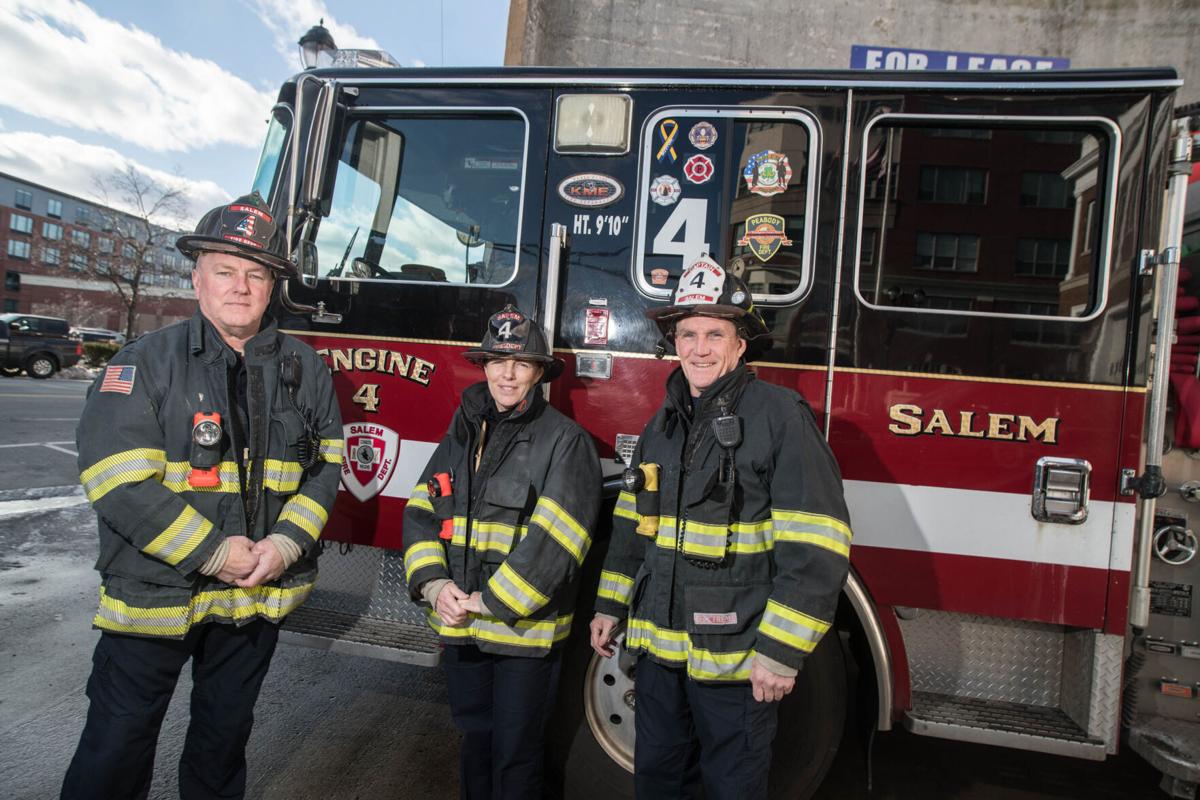 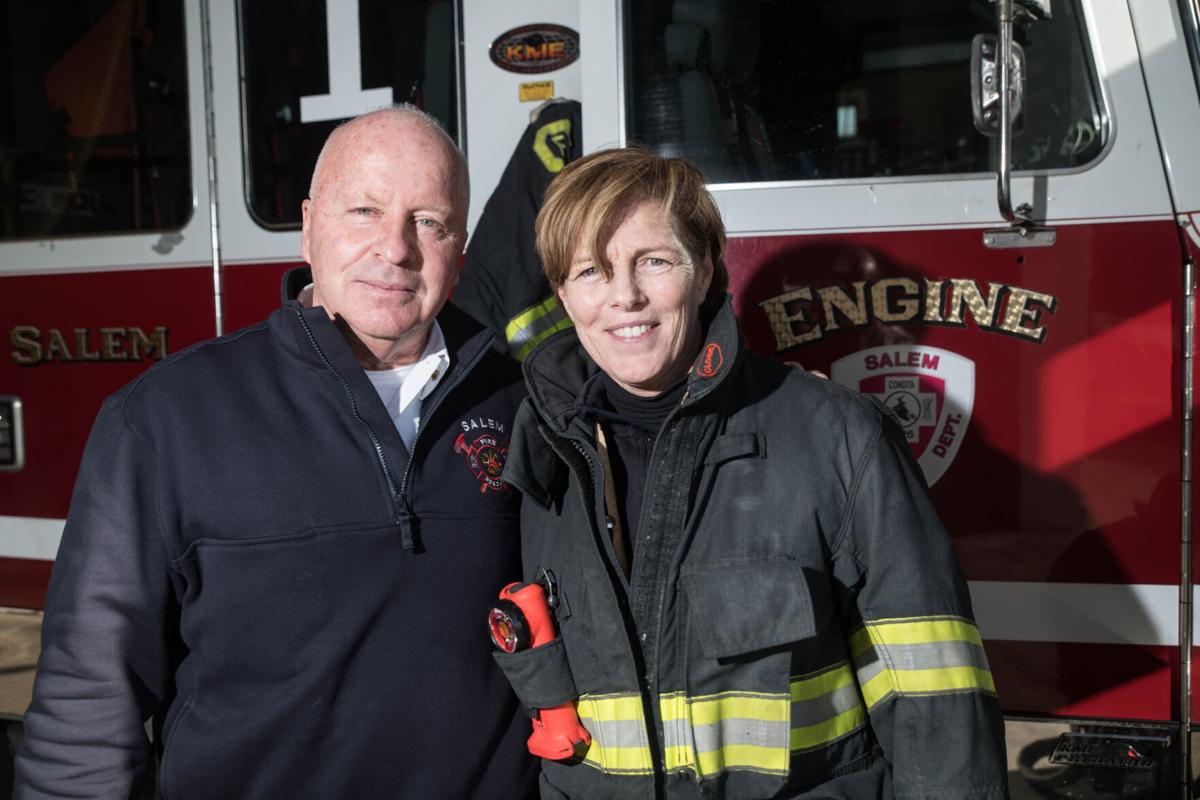 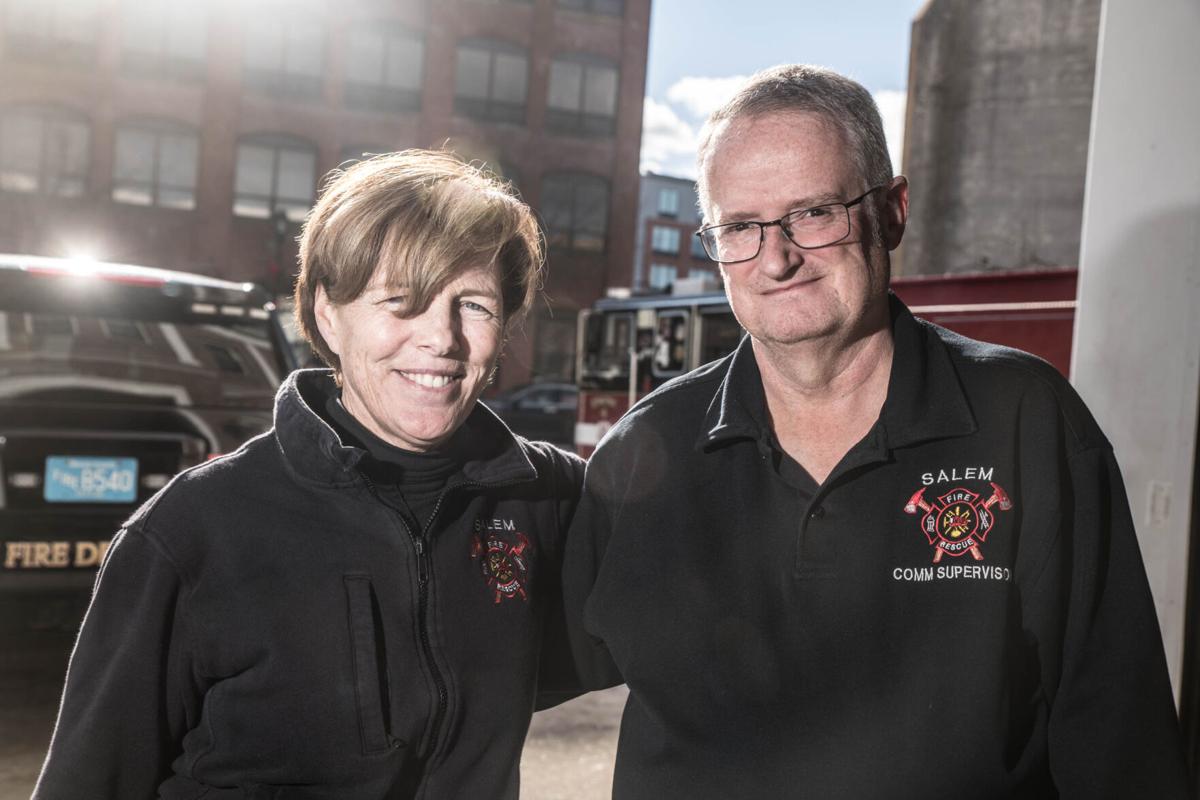 SALEM — Patricia “Patti” Marfongelli has a long legacy within Salem’s Fire Department, one that even predates her 36 years as a firefighter — and she had a big first: The first woman to don firefighting gear in Salem when she accepted the job in 1986.

On Monday, the 60-year-old’s 36-year watch ended. The last day included an interview in the James “Jim” Koen Jr. firehouse on Essex Street, a building named after her father, who died in the line of duty Feb. 23, 1981, when she was just out of high school. A number of her other family members have served or are still on the Salem Fire Department.

“It’s a great job. I just love it, still love it today,” Marfongelli said, smiling ear-to-ear. “But it’s time. It’s time to go. You know when it’s time to go, and I just feel it.”

Over three decades, the job has changed dramatically. Gear has become lighter and easier to move in. Technology makes firefighting a more precise science, and now there are more women on the job.

That last metric hasn’t seen as big of a shift, however. Less than 1% of firefighters in Massachusetts were women when Marfongelli started, and today that number is closer to 3%. In Salem, there is one other woman on the department: Lt. Erin Griffin.

“Didn’t Mary Butler get on at the same time?” asked fire Chief Alan “Al” Dionne, who was sitting across from Marfongelli. Butler was the first woman to serve as Salem’s police chief and retired in 2020. “She was among the first police officers. These jobs are unheard of for women.”

“To me, I always felt personally like I had to do things 10 times better just because of the position I put myself in,” said Marfongelli, turning to the chief and leaning back in her chair. “I hope I maintained that throughout my career.”

“Imagine the pressure,” replied Dionne. “If I screw up, I’m just a knucklehead. If she screws up? ‘A woman screwed up.’”

“A lot of those things, I just let roll off,” Marfongelli continued. “You can’t take this job if you worry about what everyone says and thinks. You personally have a common goal to do your job, and to do as good a job as any other guy.”

Marfongelli’s time in the Salem department predates her by generations. Her great-grandfather, James S. Keon, served during the Great Salem Fire in 1914 and later became chief. His son (Marfongelli’s grandfather) James J. Koen Sr. served in the department for 40 years, as did his son, James Koen Jr., Marfongelli’s father.

Marfongelli can remember watching fires as a child, when “my mother and one of her friends, whose husband was on the job, would throw us in the station wagon.”

“My whole family was into firefighting,” she said. “My grandfather had four or five sisters... big family.”

But tragedy would strike the family — and the department family — in 1981.

“I think we were all home on college break,” she recalled, explaining that phone calls started coming in looking for her mother, who was out at the time. “Then they kept calling and calling and calling. I knew something was wrong.”

Ultimately, her father succumbed to the hellish environment of a fire on Southwick Street. The cause of death was exhaustion, with the whole gamut of chemical exposure that comes with firefighting. An autopsy was never done — customary in the field.

In time, Marfongelli said she became curious about the job. Her mother pushed her to take the firefighting exam, which she did five years after losing her father. By then, her two brothers had also taken the test and joined the department: James, in 1984 (yes, there are four James), and Kevin in 1985.

“I was curious to see what the job was like, what it was about, the energy of it,” Marfongelli said. “Everyone was nice. They were all my fathers’ friends.”

But there were no handouts for the first woman to put on gear.

That was made easier by the fact that in uniform, in firefighting gear, no one can really tell your gender. Of course, that made the scenes after a fire interesting at times, she explained.

“Once you have everything on, no one knows who you are. It doesn’t matter,” she said. “When you finish and take off your mask and helmet, people go, ‘Oh my god.’ It still happens today.”

But there’s a school of thought that it would happen less if more women entered the field.

“There’s been a jump in military service. Police have more than us...” Dionne added. “I don’t know what it is.”

Today, although her husband, Antonio Marfongelli, is a deputy chief on the department, there’s a sense of loss with her retirement for those who work alongside her.

“Patty was a trailblazer,” said Capt. Patrick Tobin. “She’s been an outstanding firefighter from Day One, and she paved the way for a lot of other female firefighters throughout the state.”

“She’s good people, and I trust her with my life,” added firefighter Eddie O’Keefe. “There aren’t many people I’d say that about. She wouldn’t leave you.”

“Everybody brings something to a fireground. Some people are good in dark, confined spaces. Others are good on ladders, and we all round out a group,” Dionne said. “On the medicals, she’s invaluable. When she walks in on a medical in particular, with an older woman or a younger woman, we’d all just drop back and support her. ‘Patty’s got this one.’”

To learn more on becoming a firefighter, visit bit.ly/3sNK32W.