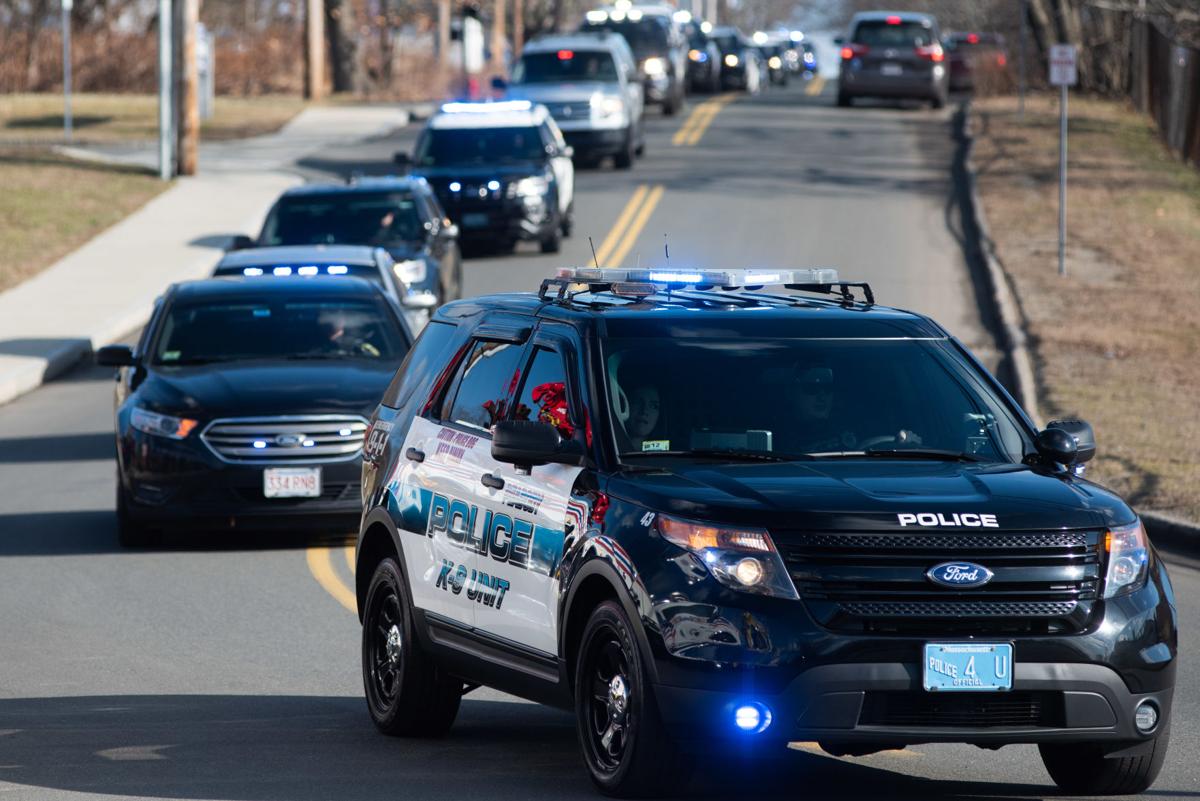 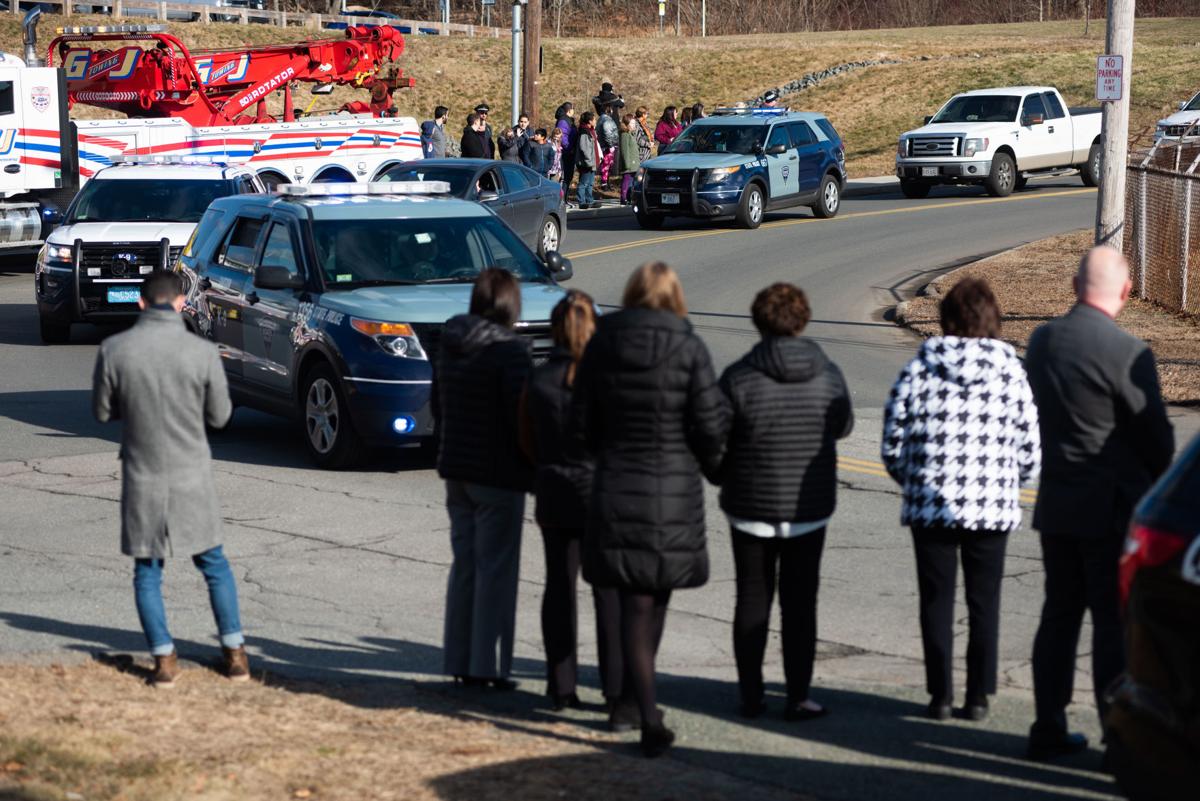 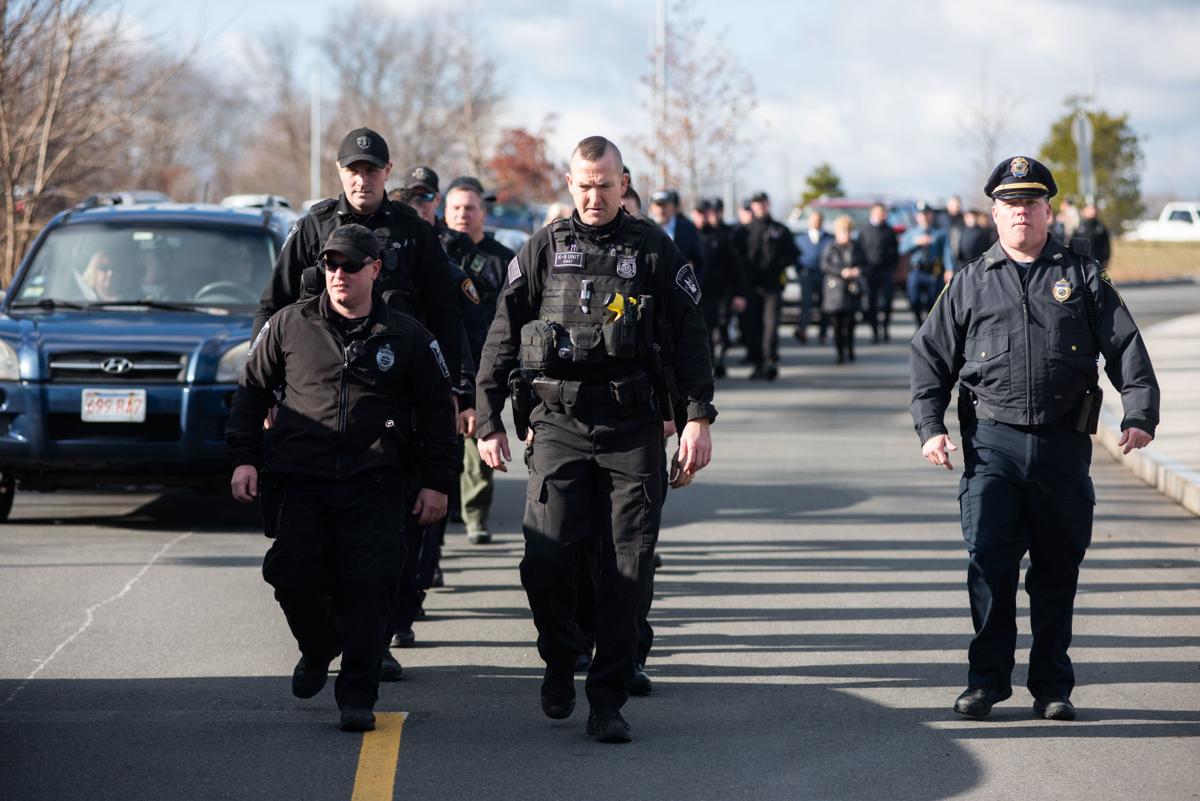 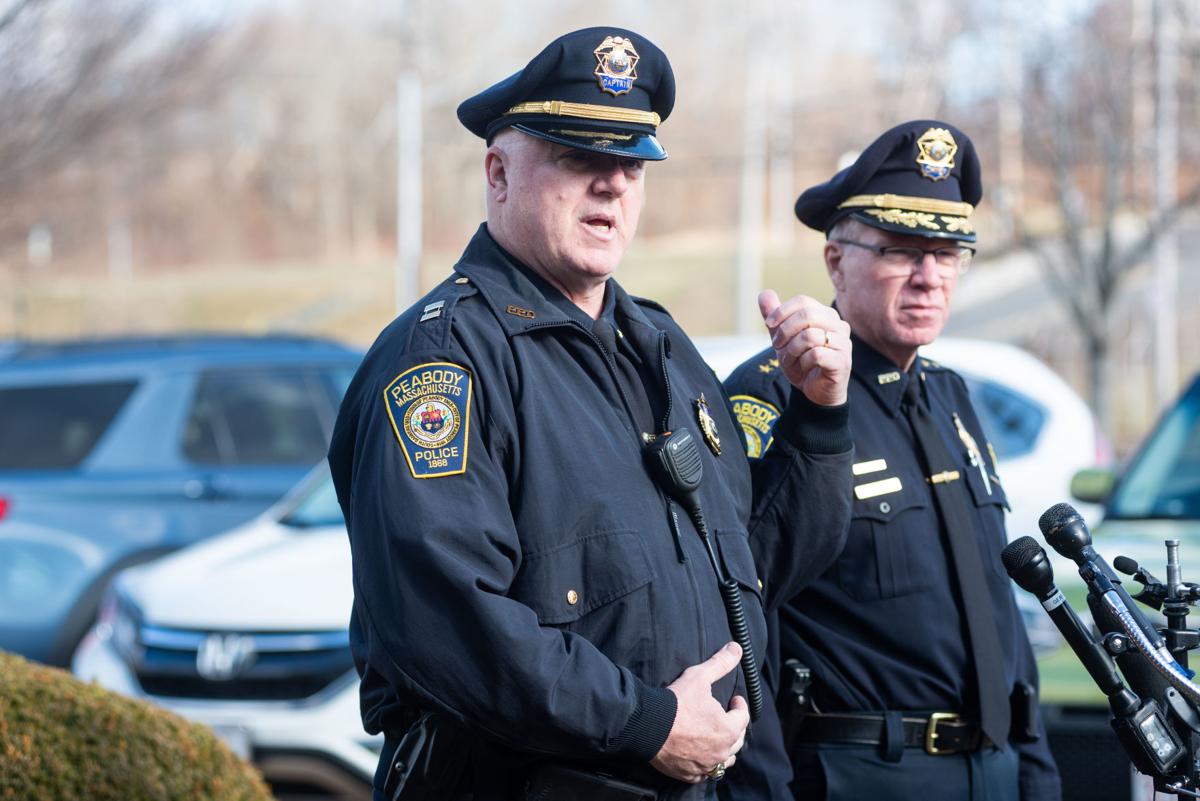 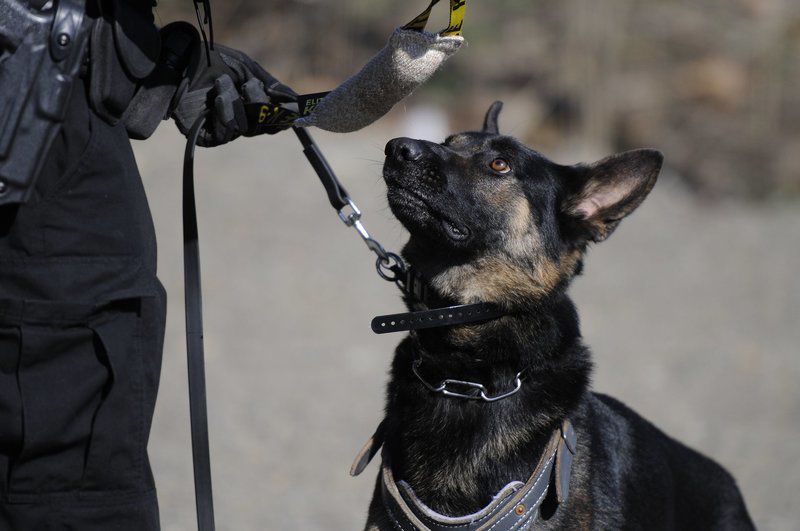 PAUL BILODEAU/Staff photoK-9 Caine watches his handler, Peabody police officer Corey Salvo, before being rewarded after finding an item during training in 2017.

PAUL BILODEAU/Staff photoK-9 Caine watches his handler, Peabody police officer Corey Salvo, before being rewarded after finding an item during training in 2017.

PEABODY — The sign board in front of the police station on Allens Lane flashed "Rest Easy Good Boy" as a procession of more than 30 K-9 units from across eastern Massachusetts circled the building for Peabody police K-9 Caine's final ride.

Caine, a 4½ year-old German shepherd from Hungary, had been a member of the department since 2016, but he died last week after taking ill. His handler, officer Corey Salvo, and Salvo's wife were by his side.

Salvo has been with the department for just over five years.

K-9 units, including those from state police and many surrounding towns, paraded down Route 114 from Bulger Veterinary Hospital in Lawrence, where the procession started, through Peabody Square and then to the Peabody police station in a show of respect for Caine and Salvo.

Some dog owners and two dozen students from the nearby Higgins Middle School stood on Perkins Street as the procession passed by. Two massive tow trucks from G/J Towing and Recovery were also parked nearby to show respect to the K-9.

"We just wanted to come out and thank everybody for the support that we've seen in the last week or two," Griffin said. "It really means a lot to us. Caine was a special member of the department, as you can imagine. He meant a lot to us. He meant a lot to Officer Salvo. Both of them together did a tremendous amount of good work in the community helping people. And, you you know, it was very sudden and very shocking to us that this happened and we are very saddened by it."

This story will be updated.

Beverly - Lawrence (Larry) Weinberg, of Beverly, died peacefully in his sleep the evening of April 1st from complications of Parkinson's disease. He was the son of the late Sam and Eve Weinberg and was married for just under 62 years to Christa E. (Teubner) Weinberg. Born in Everett, MA, Lar…