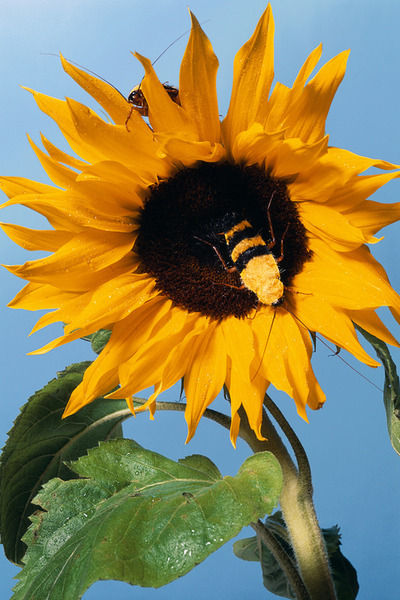 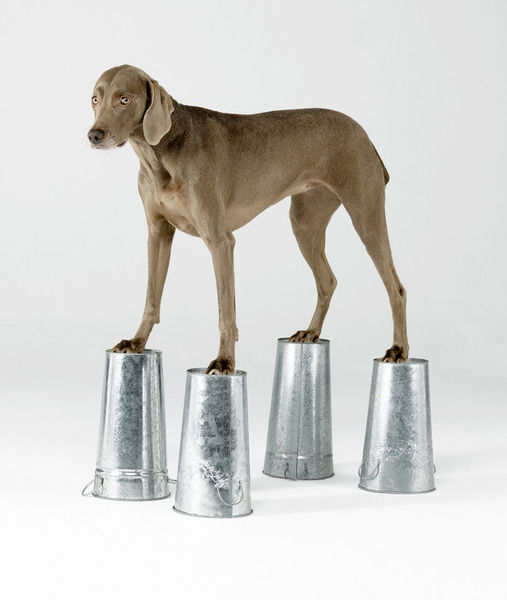 "Platform Shoes," by William Wegman. Wegman spent years observing dogs to figure out what they will and won't do, then captures them in unusual positions. 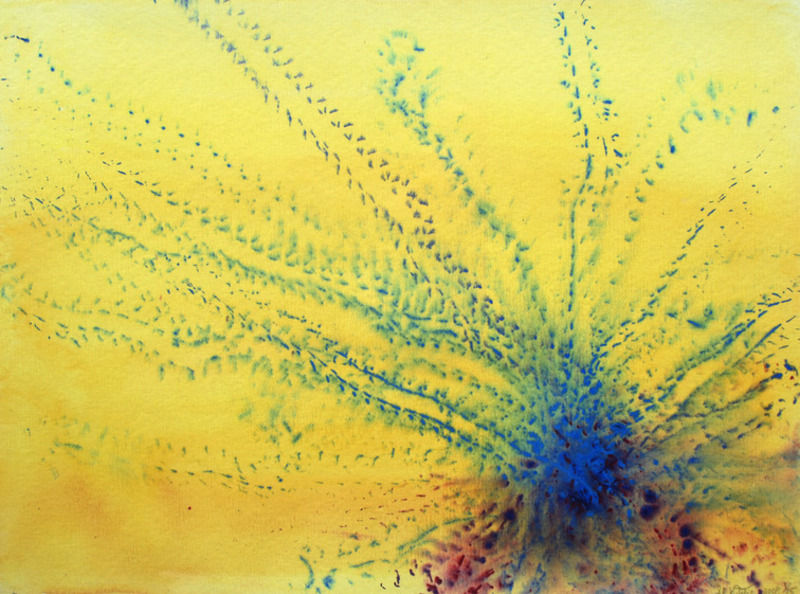 "Sunrise No. 1," 2004, Steven R. Kutcher. The artist used beetles with painted legs to create this painting.

"Platform Shoes," by William Wegman. Wegman spent years observing dogs to figure out what they will and won't do, then captures them in unusual positions.

"Sunrise No. 1," 2004, Steven R. Kutcher. The artist used beetles with painted legs to create this painting.

Most artists create images with a paintbrush or piece of charcoal. Others use an elephant, or maybe a beetle.

“I’m looking for this engagement with the animals as part of the artistic process,” said Jane Winchell, who curated “Beyond Human: Artist-Animal Collaborations” at the Peabody Essex Museum. “We’ve got things that are collaborations with ants and collaborations that incorporate humpback whales.”

The show is unlike anything Winchell has seen before.

“I was aware of shows with artists who were really interested in probing into the creativity they had witnessed in other animals,” she said. “I was aware ad nauseam of shows with representations of animals, or a particular artist doing something innovative with animals.

“What I hadn’t seen was a show that captured a broad spectrum of works being generated at this intersection of artists engaging very directly with live animals, either harnessing the behavior of a particular animal or exploring the relationship between us and other animals.”

The painting “Sunrise No. 1” by Steven Kutcher, for example, was created by covering a beetle’s legs with paint and allowing it to crawl on a sheet of wet paper.

Kutcher, who worked with the spiders in the movie “Arachnophobia,” knew the darkling beetles he was using would crawl toward a light source. So he rotated the paper, allowing the beetle to create lines of footprints radiating out, like rays of light in a sunset.

While many of the more than 30 artworks in the exhibit are visual, others are aural, or tactile, or both.

“Ryan Hackett worked with the heartbeat of a polar bear in deep sleep, not quite hibernation,” Winchell said. “He turned this slow, pulsing heart rate into an installation. You experience it by touching this rectangular, fake-fur block on the floor.”

By imagining what it would be like to have such a heart, we can feel the difference between ourselves and the bear. That understanding also brings us closer to the other species.

“Part of what I’m hoping comes out of this is, not only are they looking at other animals, but also what does it say about us,” Winchell said. “What do we take away from this that is knowledge and experience that is personal?”

Another artist in the show, Catherine Chalmers, challenges our loathsome feelings about cockroaches by disguising them.

In a series of photographs, she has painted roaches to resemble bees or ladybugs, insects that we generally admire.

As we ponder their images, and realize there is something odd about their legs and antennae, we are led to ask why we think one insect is “better” than another.

“What is our reaction to this animal when we see it this way versus seeing it on our kitchen counter?” Winchell asked. “Do we react differently? It’s the same animal.”

Most of the animals and insects represented in the show have created art by acting naturally, rather than as a result of being trained.

William Wegman, for instance, doesn’t train his dogs to strike poses, but rather captures them in positions they would normally assume.

“He spent all these years watching what they will do and won’t do,” Winchell said. “He doesn’t practice these things with the dog. It’s a kind of playing; it’s part performance, part play, part trust. It’s the relationship that he has to establish with these dogs in order for them to participate. It’s also beautiful to look at.”

Winchell said the kind of art she has selected for this show started in the 1970s and reflects our evolving appreciation for animals.

“We consider ourselves very different from other animals, and yet there’s a growing body of research that finds the contrary,” she said.

Many of the artworks not only reflect the results of such scientific research, but also incorporate its methods.

“Mark Fischer is an engineer and artist who converts sounds into image,” Winchell said. “He developed a technique that involves taking a sound that the humpback whale is producing, and turns it into a multicolored, visual representation. He will take a half-second of that song and convert it into an image that allows you to see much more closely the frequency of certain patterns that the whale makes.”

This exhibit coincides with the reopening of the art and nature center, and the new space gives Winchell, who is director of the center, more freedom to experiment. She hopes this will allow her to mount exhibits that challenge people’s preconceptions of the natural world.

“I love people to enjoy what they’re doing in the center,” she said. “But it’s what they take away from the experience that is most important to me.”

Beverly - William F. McMahon, 52, of Beverly, passed away Friday morning, April 2, 2021 at North Shore Medical Center-Salem Hospital in Salem. Born in Beverly, he was the son of the late Joseph and Rose (Cabral) McMahon. Mr. McMahon had been employed with Atlantic Paving. William enjoyed mod…