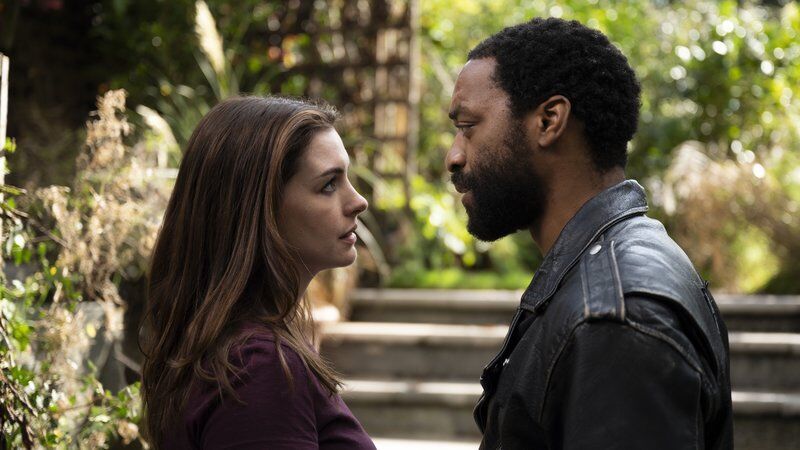 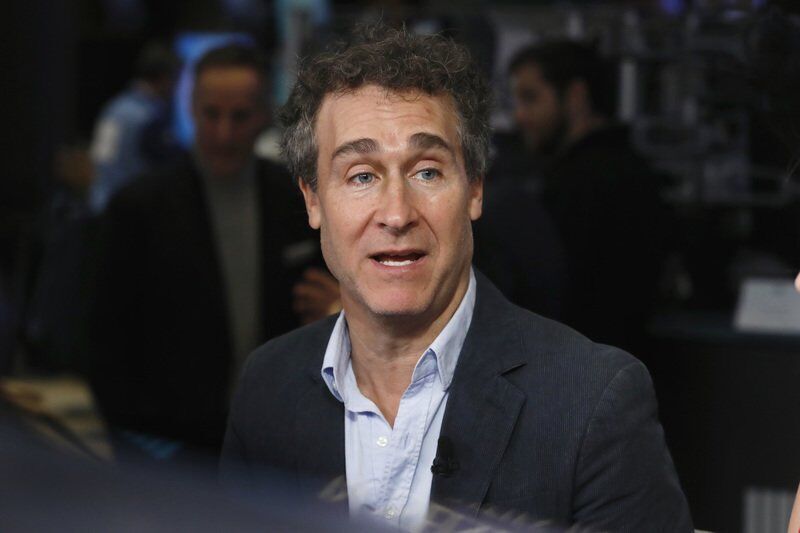 In four months, in the middle of a pandemic and widespread shutdowns, Doug Liman and his team wrote, shot and edited a glossy Harrods heist film in London with Anne Hathaway and Chiwetel Ejiofor. (Richard Drew/Associated Press)

In four months, in the middle of a pandemic and widespread shutdowns, Doug Liman and his team wrote, shot and edited a glossy Harrods heist film in London with Anne Hathaway and Chiwetel Ejiofor. (Richard Drew/Associated Press)

Director Doug Liman was on a call with screenwriter Steven Knight and producer PJ van Sandwijk in July when they started wondering what it would be like to make a movie about the current moment IN the current moment.

Liman makes films about characters in extraordinary situations: an assassin with amnesia (“The Bourne Identity”), a military officer caught in a time loop (“Edge of Tomorrow”), an unhappy married couple who are also secret killers (“Mr. and Mrs. Smith”). The lockdowns, the economic stress and the isolation of quarantining, he thought, could be the perfect backdrop for one of his films.

And in four months, in the middle of a pandemic and widespread shutdowns, he and his team wrote, shot and edited a glossy Harrods heist movie in London with Anne Hathaway and Chiwetel Ejiofor. The result, “Locked Down,” comes to HBO Max today.

“For the next 50 years, people are going to be making movies about what we’re all going through,” Liman said.

He wanted to be the first and to use the chaos of the moment to capture something true. Besides, he’s a filmmaker who thrives on the impossible. His next film is literally taking him to space with Tom Cruise.

In the process of making “Locked Down,” possibilities emerged where they never would have before. They got major movie stars and financing with only a quarter of the script. Harrods, the luxury London department store that does not often allow film and television sets on their grounds, agreed to let them shoot there. They told them there was no plan B. If there was no Harrods, there was no film. A few days later, they had a yes. In other words, it’s a movie that could only have been made during the pandemic.

“Filmmakers, certainly myself, are known for being optimists and proposing outrageous things, and then producers and the adults in the room rein them in a little bit,” Liman said. “This is a situation where there were no adults in the room.”

Hathaway’s agent told Liman he’d better at least talk to her and describe his vision if she couldn’t get a full script. A few minutes in, Hathaway told him to save his breath: “I’ve read it, I love it, and I’m in,” he recalled.

Within weeks, they were filming.

Liman decided that they’d shoot the 180-page script in 18 days. It was a self-conscious choice: He’d shot his debut, “Swingers,” in 18 days, too.

“I equated what we were doing trying to pull this film off to matching what the characters on screen are trying to do robbing Harrods,” Liman said. “These are both completely crazy and audacious plans.”

It required everyone to be on their toes. Once he had to shift to a nine-page dialogue scene that neither star had prepared for. And they made do, taping Hathaway's dialogue anywhere they could including, but not limited to, Ejiofor’s body and a calendar she draws on.

“When she said she was in, she was IN,” he said. “I got some of the most honest performances I’ve ever gotten on screen because Annie and Chiwetel could see how far out on a limb I was going and they went out there with me.”

There were numerous instances of his cast and crew diving in with innovations and a can-do spirit. The first shot in the movie, an empty intersection in Notting Hill, was filmed by Liman himself outside of the place he was staying before he went to work. The vast majority of Harrods extras are actually Harrods employees. Composer John Powell, who spent six months on the “Bourne Identity” score, did this one in three weeks.

And the Zoom and Skype scenes? They were done live. The people on the other end, from Ben Stiller to Mindy Kaling, are in their own homes, in their own wardrobe, acting alongside their own families. It made for interesting casting requests: For Ejiofor’s brother and sister-in-law, he needed two actors who were already living together. For Hathaway’s boss, he needed someone with a teenager and to be in a place that looks somewhat like Vermont. For her co-worker, he needed someone with a toddler.

“There were so many times when I said, ‘When are you ever going to have a chance to do this again?’” he said. “I thought, let’s just embrace it.”

So when Warner Bros. bought the film for HBO Max and asked them if they could finish it a week earlier, they didn’t balk.

“We were like, you are speaking our language,” Liman said.

Part of the collective energy was because “Locked Down” was one of the first independent films to go back into production in the U.K. and people were simply happy to be back at work. They used the safety protocols that Cruise helped develop for “Mission: Impossible” as a guide.

But Liman was always keenly aware that there was no guarantee they’d be able to finish “Locked Down.” They couldn't afford to shut down for two weeks like the bigger productions; their entire shoot was scarcely longer than that to begin with. In the end, they finished without incident.

“The protocols work,” he said. “The social distancing, the masks, they work.”

And he hopes that more independent films will follow their lead. Otherwise, he said, “This time next year, there will be only franchise films.”

Liman is slightly anxious about awareness, too. Because of the fast timeline, there’s no six-month studio-refined publicity campaign. It’s just coming out. And he cares about “Locked Down” even more than he imagined back in July.

“It is a little gem of a movie,” he said. “It needs people championing it.”