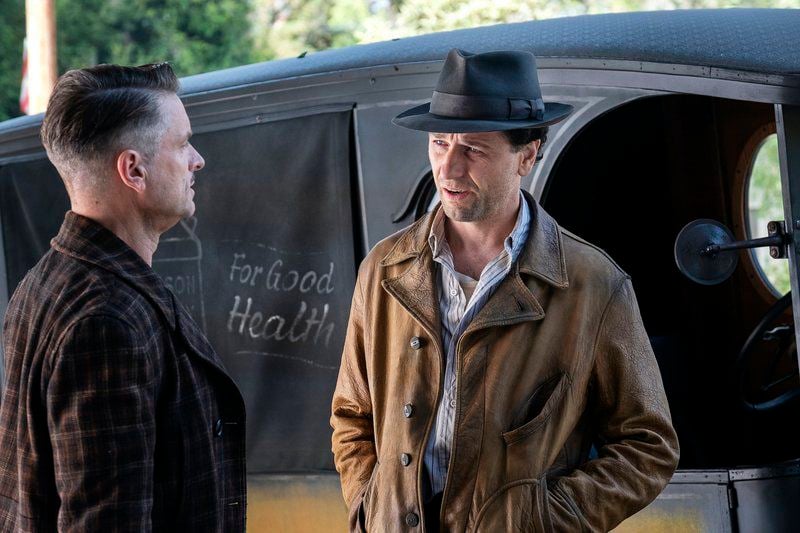 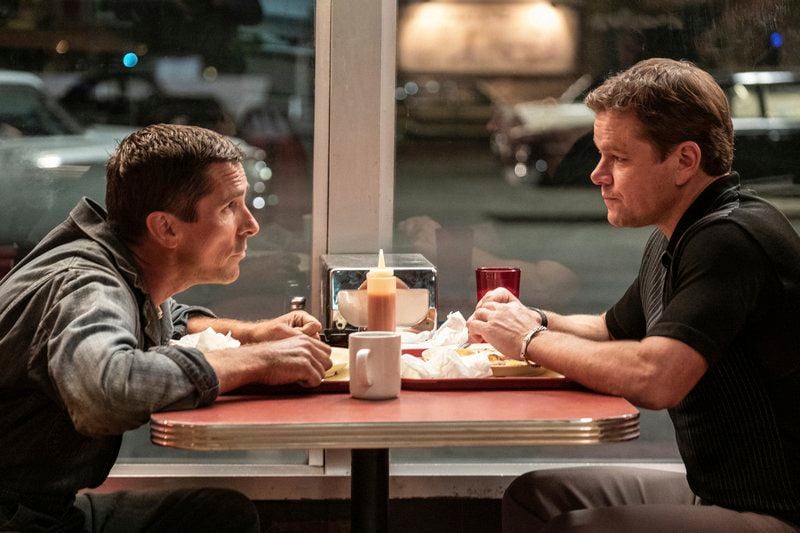 Sure, we might still be doing our best to practice some form of social distancing. But that doesn’t mean we can’t bond with Dad — or hold him close in our hearts — as we check out a TV show or two in honor of Father’s Day.

With that in mind, here are a few viewing options for this weekend. They include a new documentary from Ron Howard, some fun films, a “Perry Mason” reboot, a John Legend special and one “Last Dance” with Michael Jordan and the Bulls.

So kick off your shoes, pass the popcorn and tell the old man to be ready to ...

Celebrate modern parenthood: Dropping on the Friday before Father’s Day is a heartfelt and humorous documentary simply titled “Dads.”

Get his cars-and-sports fix: Revved up for the weekend? Saturday night brings the television debut of “Ford v Ferrari.” Matt Damon and Christian Bale deliver high-octane performances in the 2019 best picture Oscar nominee, which recalls how, in the 1960s, a scrappy car designer and a brash driver conspired to end Ferrari’s dominance at the 24 Hours of Le Mans race in France. (8 p.m. June 20, HBO).

Then, on Sunday, there’s the “2020 Espys.” Like so many other events, the long-running awards show will look different in light of the COVID-19 pandemic. The emphasis will shift from athletic achievement to honoring those in the sports world who have performed humanitarian acts of “service, perseverance, and courage.” WNBA star Sue Bird, U.S. Women’s National Soccer Team co-captain Megan Rapinoe and Seattle Seahawks quarterback Russell Wilson will co-host the show. (9 p.m. June 21, ESPN).

Put on his dancing shoes (aka Air Jordans): Here’s another sports-related pick (OK, yes, we’re really craving some NBA hoops). If you missed “The Last Dance,” ESPN’s wildly popular 10-part documentary series that chronicles the untold story of Michael Jordan and the 1997-98 Chicago Bulls, no worries. ABC is reairing Parts 9 and 10 on Saturday, June 20. And if you want to see the whole thing, it’s still available on ESPN.com.

Revel in action-movie thrills: If Pops is the type who loves turbo-charged flicks crammed with explosions, car chases and fisticuffs, he might want to check out the “Father’s Day Action Marathon” being offered by the cable channel HDNet Movies.

The lineup features tough-guy stars such as Arnold Schwarzenegger, Burt Reynolds and Sylvester Stallone, and includes titles like “The Terminator” (1984), “White Lightning” (1973), “Point of No Return” (1993), “The Taking of Pelham One Two Three” (1974) and more. (June 21, HDNet Movies; check listings for specific times and titles).

Enjoy a Legend-ary night: Does Dad need some tunes to boost his spirits? John Legend, father of two, invites him (and you) to a celebration of dads with a one-hour variety special, “John Legend and Family: A Bigger Love Father’s Day” (8 p.m. June 21, ABC).

We’re told that the evening will be a tribute to fathers everywhere and will blend live musical performances with “some much-needed levity and plenty of surprises.” Legend will perform material from his new album, “Bigger Love,” and some of his celebrity friends — and fellow dads — will join him for a “Fatherly Feud” game.

Embrace the new/old "Perry Mason": HBO’s latest series “Perry Mason” is not your father’s courtroom drama, but it might conjure up some good memories of Raymond Burr and the iconic character he embodied for so long. In this prequel, Matthew Rhys (“The Americans”) plays Erle Stanley Gardner’s main man during his formative years in Depression-era Los Angeles — before he became a lawyer. It’s one of 15 new summer shows that we’re most excited about. (9 p.m. June 21, HBO).

Laugh with the "Father of the Bride": When websites compile their favorite films to watch on Father’s Day, the 1991 remake of the 1950 Spencer Tracy comedy is invariably among the top must-see picks (right up there with “Finding Nemo”). Steve Martin plays the typical overprotective dad who has to come to terms with letting go of his little girl (Kimberly Williams) as her wedding day approaches. This one is packed with plenty of humor and heart. (Available via on demand or Hulu, and for rent on Amazon Prime).