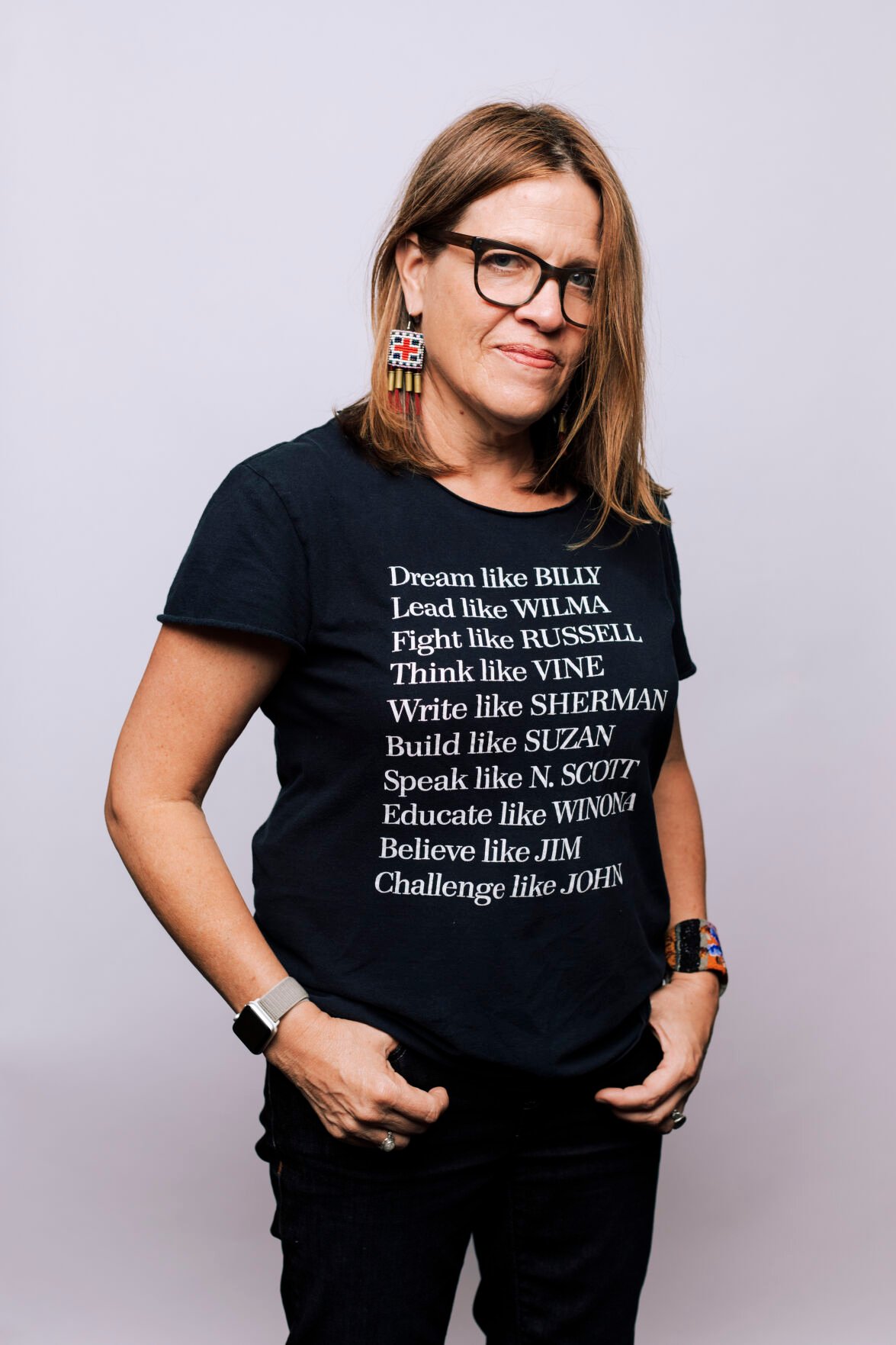 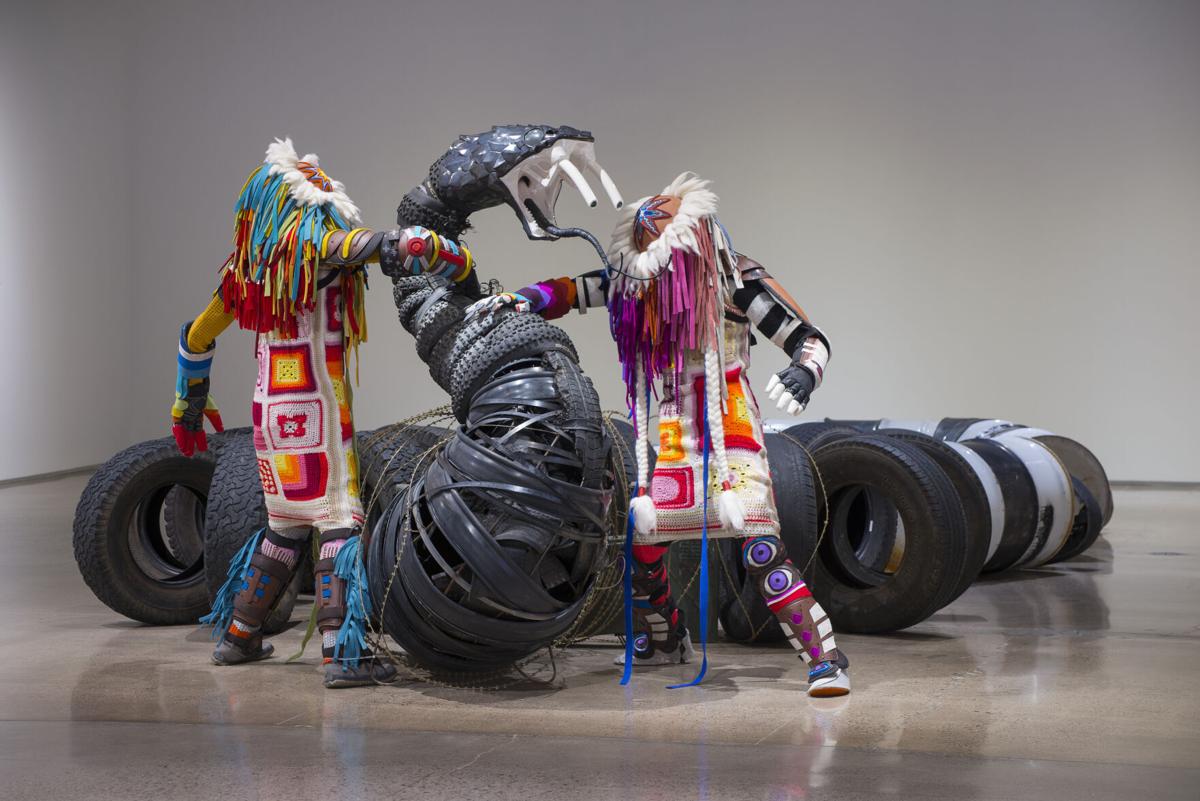 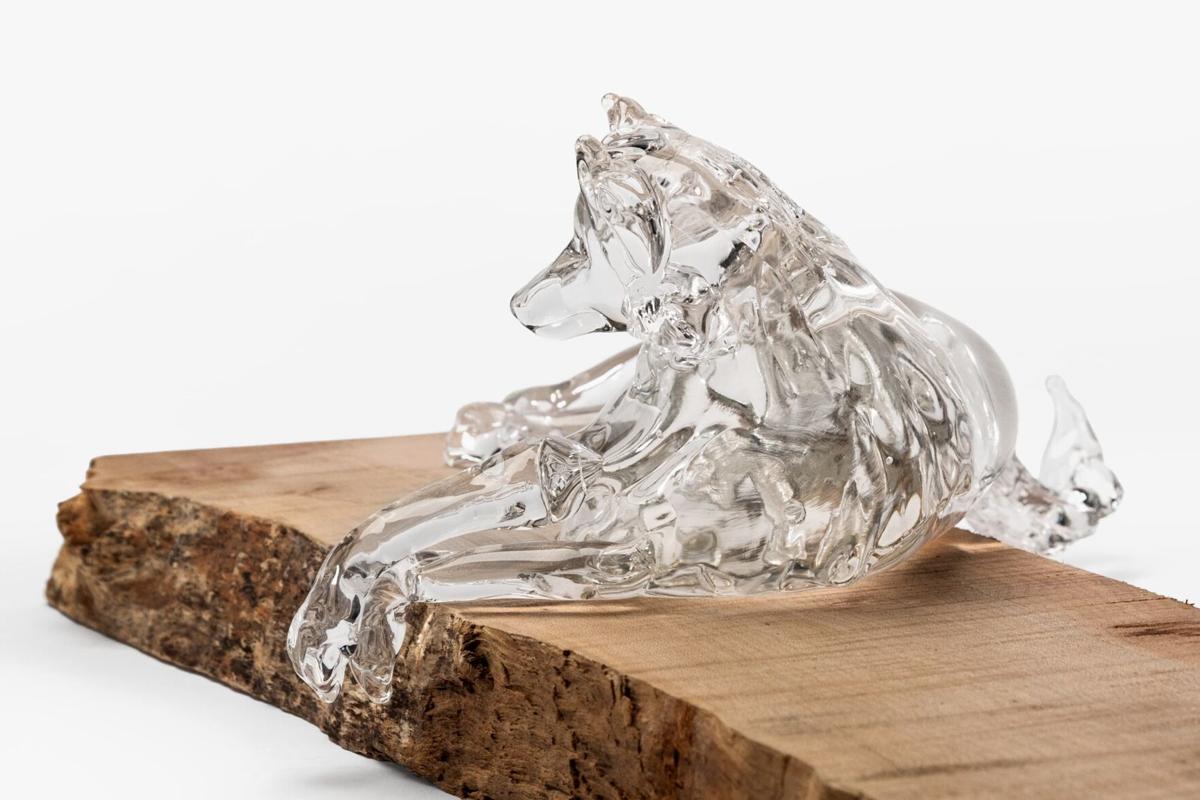 Companion Species by Marie Watt, crystal and western maple base. 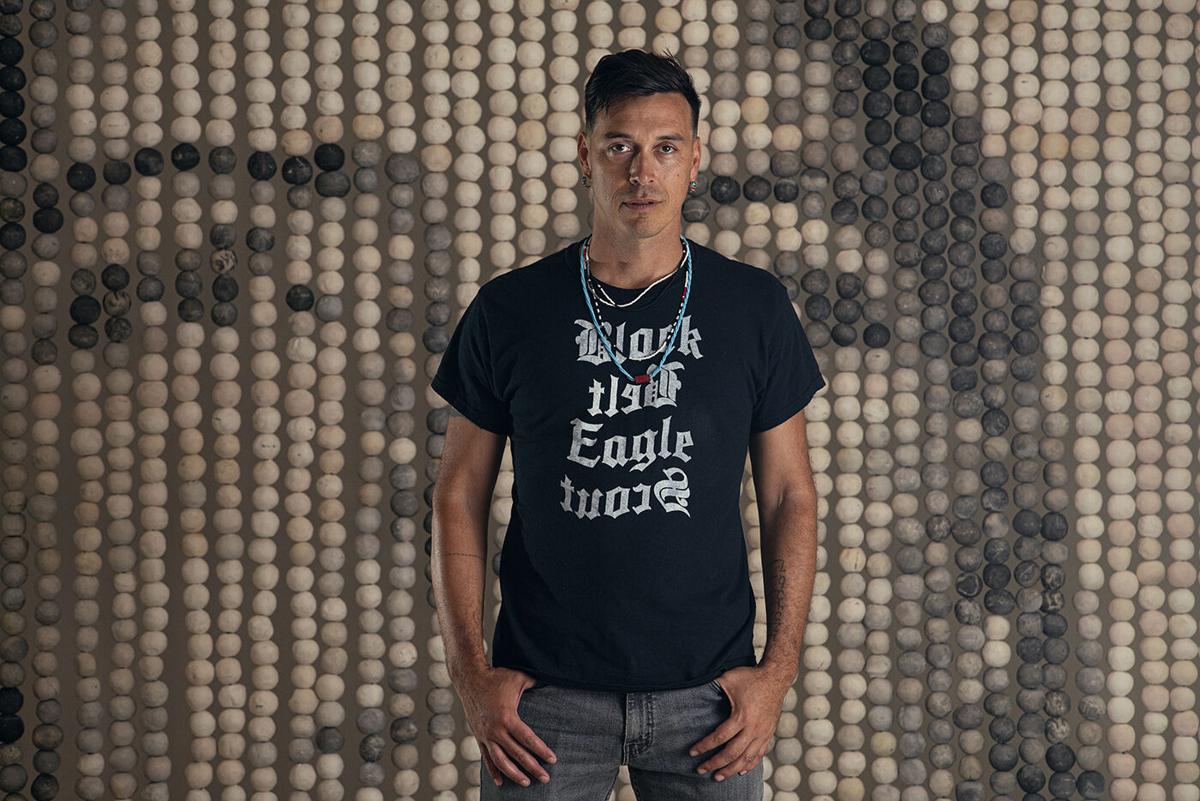 Companion Species by Marie Watt, crystal and western maple base.

The two artists — Marie Watt and Cannupa Hanska Luger — use their creativity as a process that connects each of us through a variety of media.

Each/Other: Marie Watt and Cannupa Hanska Luger originally was organized by the Denver Art Museum and is on view at PEM from Jan. 29 through May 8.

For Watt and Luger, art can be a social project where participants become engaged, invested and able to forge new relationships. The 26 large scale works on view represent a wide range of media — from carved wood and fabric sculpture to photography and video — and are divided into two sections that explore each artist’s creative interactions with community, materials and the land. Several works were produced through a collaboration with non-artist volunteers in what is known as “social practice,” artwork that focuses on the interaction between audience, social systems, and the creator.

Visitors are encouraged to search for signs of the many hands that helped to create the works and consider how the natural environment contributed to this exhibition.

“These works are tangible but, more importantly, are memories and evidence of collaborations — people coming together and taking part in something greater than themselves,” said Karen Kramer, PEM’s curator of Native American and Oceanic Art and Culture. “Gathering to socialize and work on something together is often the way knowledge is shared and objects are made in Indigenous communities. For these artists, collaboration is not a means to an end. It’s central to their art practice, fuels their passion and spurs their action in making a difference in the world.”

Working in tandem and across many days during the global pandemic, Watt and Luger merged practices on Each/Other, a larger-than-life sculpture created with people from around the world. The artists asked participants to embroider messages on bandanas and consider how acts of collaboration help heal broken bonds with the environment and with each other. They are bound together as a monumental, 20 x 12 x 9 foot she-wolf, which reflects the idea of kinship with animals inherent in Indigenous beliefs. The bandanas came to the artists by the hundreds, sent from a cross-section of people of various ages and ethnicities. Their timely messages include “MMIW,” calling attention to the missing and murdered Indigenous women epidemic and “Dismantle All Colonial Systems Now.”

Some messages range from the personal to the universal, including “Be A Good Ancestor” and “I Miss Your Embrace.”

“Each/Other not only presents the results of Watt and Luger’s past collaborative projects, but invites us to be a part of the artists’ creative processes, and through that experience, to become aware of the world outside of our immediate and limited vision,” says John P. Lukavic, organizing curator and the Denver Art Museum’s Andrew W. Mellon Curator of Native Arts. “Together, Watt and Luger show us the ways in which art moves beyond the end-product, beyond a static or luxury item, to become the very process of creation itself—unbound and limitless.”

For Luger, “Art is a verb, not a noun. Art is a practice, it’s an activity. It is an action.” His art-making practice interweaves performance and political action to communicate stories about 21st-century Indigeneity. Using short instructional videos distributed on social media, some of Luger’s projects invite others into his creative process to collaborate on pressing issues. Although the participants from all corners of the world may never meet, each person is invested in the meaning of the work and each project celebrates the effort it takes to collectively affect change.

Luger’s Mirror Shield Project resulted from a call to action as a direct political response to the acts of police against Dakota Access Pipeline protesters in 2016. Through a call for collaborators and a series of in-person workshops, people created mirrored, shield-like forms for the water protectors. Holding these while on the front lines of the standoff, the water protectors forced police and other security forces to face their own humanity reflected in the mirrors. The idea was inspired by Ukranian women who used mirrors in a similar way during the 2014 uprising.

Watt’s ongoing crowd-sourced Blanket Stories is a series of sculptural works made from stacked blankets that the artist has described as a visualization of how we enter and leave this world: in blankets. The work is inspired by the stories of beginnings, endings and lives lived in between. The blankets, collected from the public, also reference how Native Americans gift blankets to mark important life events.

Another of Luger’s work on view is Every One, a pixelated portrait composed of over 4,000 individual handmade clay beads created by hundreds of people across the U.S. and Canada The piece is meant to cut through the data and humanize the numbers of missing and murdered Indigenous women, girls, queer and trans community members. Realizing the connection between workers hired by lumber, oil, and gas companies and increased murders and disappearances, Luger asks us to shoulder some culpability in the processes that lead to such violence and to find ways to heal.

As part of her artistic ways, Watt creates textiles that bring people together through sewing circles. For her Companion Species: Ferocious Mother and Canis Familiaris, Watt led a conversation on the theme of equity where she asked, “what would the world look like if we thought of ourselves as companion species; places, nations, generations, beings, all interconnected.” The resulting artwork — which has the words Equity, Love, Shelter, Solidarity, and Voice stitched onto the surface — helps us see the thoughts and feelings of people in the group made manifest by many hands working together.

Based in Portland, Oregon, Marie Watt is a citizen of the Seneca Nation whose practice explores multiple materials and the collaborative act of artmaking. Her artworks are held in collections across the United States and Canada, including the Peabody Essex Museum, Denver Art Museum, the Portland Art Museum, the Whitney Museum of American Art, Crystal Bridges Museum of American Art, and the National Gallery of Canada. Watt has received public art commissions from the Tacoma Art Museum, the Bill and Melinda Gates Foundation, the Denver Art Museum, and the United States Embassy in Islamabad, Pakistan, through the U.S. State Department’s Art in Embassies program. Watt exhibits internationally and is represented in Portland, by PDX Contemporary Art, in Seattle, by Greg Kucera Gallery, and in New York by Marc Straus Gallery.

Cannupa Hanska Luger, born on the Standing Rock reservation in North Dakota, he is a New Mexico-based interdisciplinary artist and a citizen of the Three Affiliated Tribes of the Fort Berthold Reservation. His artworks address environmental justice and gender violence. From 2018 to 2020, Luger received fellowships and awards from such organizations as the Smithsonian Institution, the Center for Crafts, the Joan Mitchell Foundation, and the Museum of Arts and Design. Luger has exhibited at Princeton University Art Museum, Art Mûr, Crystal Bridges Museum of American Art, Orenda Gallery, and the National Center for Civil and Human Rights, among others. Luger holds a BFA in studio arts from the Institute of American Indian Arts and is represented by Garth Greenan Gallery in New York.