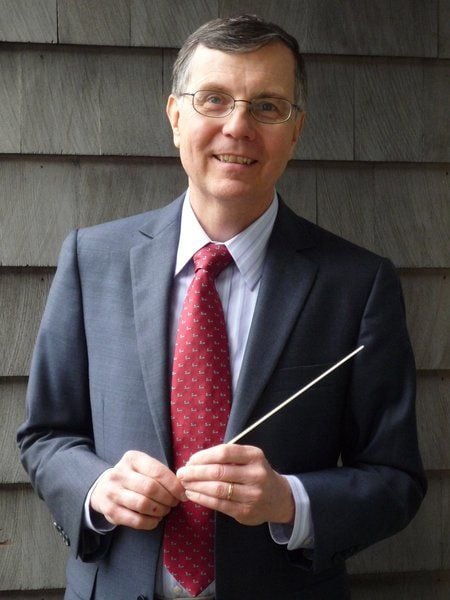 John Koza of Beverly, who has played clarinet in the Salem Philharmonic since 1976, is taking over as conductor this Sunday. 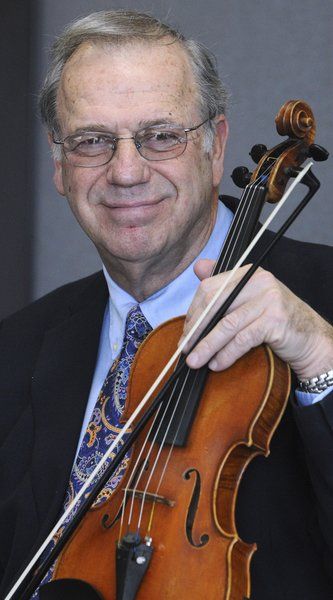 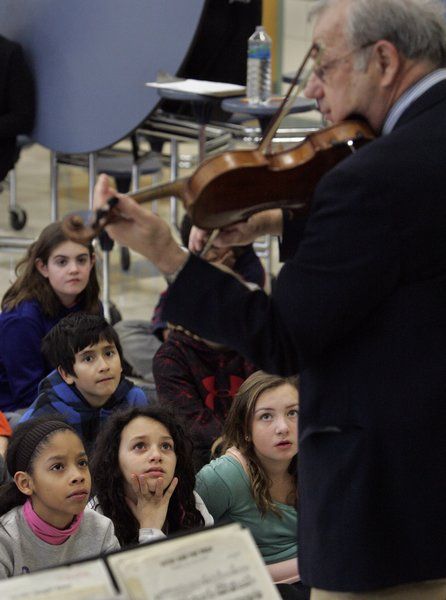 Ken Yuszkus/Staff photoAlan Hawryluk, shown here playing violin at the Cove School in Beverly in 2013, will continue to educate students after his retirement as a conductor.

John Koza of Beverly, who has played clarinet in the Salem Philharmonic since 1976, is taking over as conductor this Sunday.

Ken Yuszkus/Staff photoAlan Hawryluk, shown here playing violin at the Cove School in Beverly in 2013, will continue to educate students after his retirement as a conductor.

The baton has been passed.

Alan Hawryluk, conductor of the Salem Philharmonic for 44 years, has named principal clarinetist John Koza as his replacement.

“To take on this legacy he has built for so many years is a tremendous privilege, and just a little overwhelming,” Koza said. “It’s such a privilege to conduct an orchestra.”

Koza, who has been playing for the philharmonic since 1976, has been preparing for his new role.

“In more recent years, Alan named me as assistant conductor, so every year I did some conducting, although never a full program,” he said.

Koza was born and raised in Salem, now lives in Beverly, and studied music as an undergraduate at UMass Lowell.

In addition to performing with the philharmonic, he was a founding member of Marblehead’s Symphony by the Sea, and has played with the Paul Madore Chorale, the Concert Singers of Greater Lynn, and other classical music groups on the North Shore.

The Salem Philharmonic’s Jan. 11 performance, which is the first in a series of free concerts they have played every winter since 1904, will mark Koza’s debut in the lead role.

“Before the concerts, you pick out the music, and you find the soloists that will be joining you,” Koza said.

The program for Koza’s first concert will begin with “A tribute to young artists,” and will feature the Salem High School Orchestra and Chorus and pianist Edi Rovi, who recently graduated from Salem State, playing Haydn’s Piano Concerto No. 11.

“That was Haydn’s last piano concerto, one people are likely to recognize,” he said. “It’s a bright, sparkly concerto.”

The concert is meant to showcase the young musicians who Koza and Hawryluk both instruct in the Salem Philharmonic Youth Orchestra.

The second concert, on Jan. 25, is titled “Strings and Friends, a concert to honor Conductor Emeritus Alan Hawryluk.”

“The focus is on Alan’s legacy as the conductor, so the focus will be on string music,” Koza said.

Along with Edward Senn on bassoon, the program will feature violinist Dea Hoxha—one of Hawryluk’s students—playing the first movement of Mendelssohn’s violin concerto.

“Then Alan will join with Dea to play the Bach double violin concerto,” Koza said.

The final concert in the series, on Feb. 1, is an opera double feature with soprano Danielle Vayenas and tenor Fred Van Ness.

“I’m a big opera fan, and it’s such a delight to play,” Koza said. “The dynamic is different, and the repertoire is different. You’re coordinating the orchestra with the vocalists, and the conductor is managing that.”

Hawryluk said it was always in the back of his mind to turn the symphony over to Koza.

“People like him, and he’s a smart musician,” he said. “He has good organizing skills too, which is a big help.

“He has a lot of years playing under various conductors, so he has some good ideas about music.”

Hawryluk will continue to play violin with the philharmonic, in addition to serving as concert master of the Cape Ann and Melrose symphonies, as well as the Hillyer Festival Orchestra.

He taught Koza in middle and high school in Salem, and will continue to teach young musicians after stepping down as conductor of the philharmonic.

“As a violin teacher, I want to make sure that kids get exposed to good music, and be a part of that as long as I live,” he said. “That’s why I still have a youth orchestra.”

While the conductor’s primary job is to select music and prepare musicians, raising funds for the winter concert series is an important part of the job.

While local businesses, the Salem Trust Fund Commission, and the Salem Cultural Arts Council continue to support the philharmonic, funds from the American Federation of Musicians have slowly disappeared.

“It was money set aside from the purchase of LPs,” Hawryluk said. “But that dried up, because you can’t buy LPs anymore.”

Members of the community have filled that gap by hosting parties in their homes, to raise the missing funds, he said.

As Koza takes over as conductor of the Salem Philharmonic, he is aware of the entire community’s support for the winter concert series, and is committed to keeping its legacy alive.

“This possibly is the oldest continuously operating free concert series, certainly in this area, and perhaps in any area,” he said. “We want to keep this thing free and accessible to everyone, and keep it family friendly as well.”

Amazing Rockport estate leaves nothing to the imagination