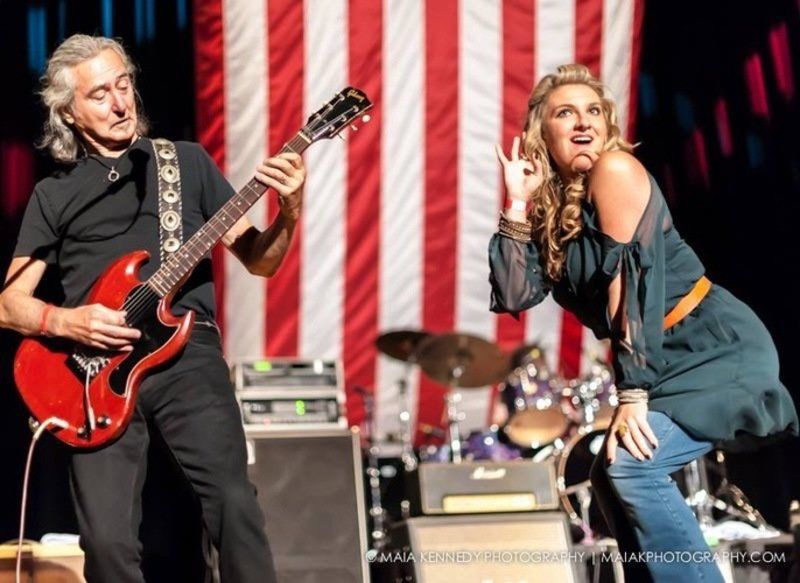 Maia Kennedy/Courtesy photoMegan Wolf shares the stage with Barry Goudreau during the 2016 “V is for Veterans” benefit concert at Lowell Memorial Auditorium. 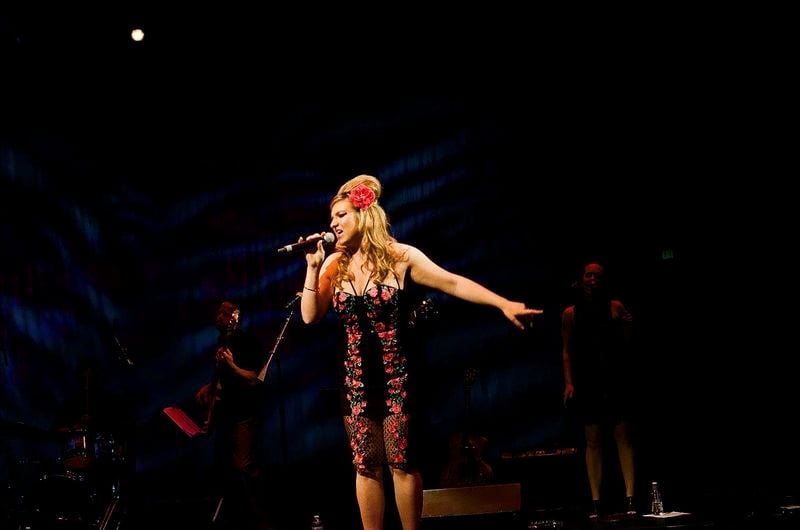 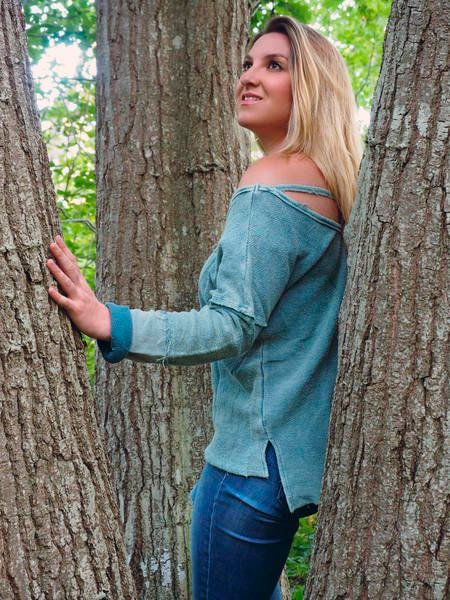 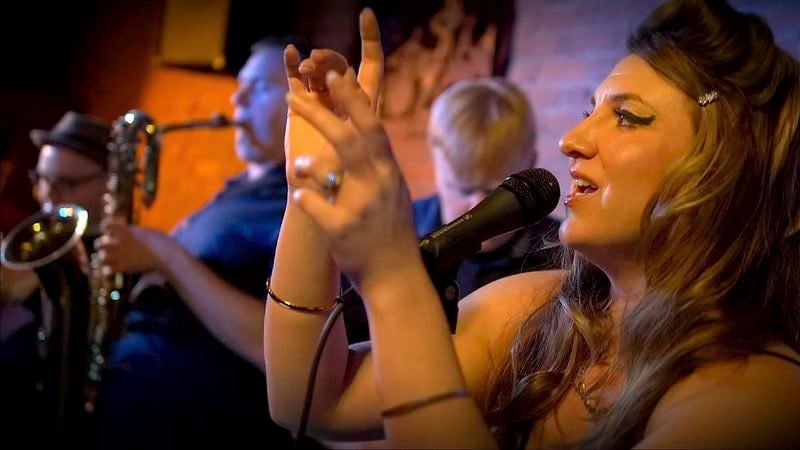 Dave Habeeb/Courtesy photoMegan Wolf’s Amy Winehouse tribute show has proven to be a hit with audiences. 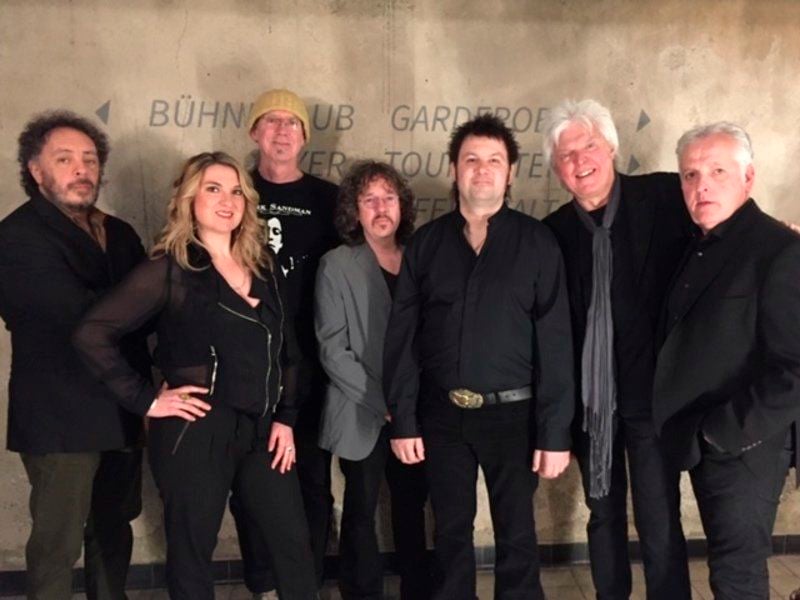 Courtesy photoMegan Wolf is a member of Mad Dogs Unchained, which features original members of the Joe Cocker band. The group comes to Gloucester Stage Company on Friday night to perform its tribute to Cocker as part of the Woodstock 50th celebration.

Maia Kennedy/Courtesy photoMegan Wolf shares the stage with Barry Goudreau during the 2016 “V is for Veterans” benefit concert at Lowell Memorial Auditorium.

Dave Habeeb/Courtesy photoMegan Wolf’s Amy Winehouse tribute show has proven to be a hit with audiences.

Courtesy photoMegan Wolf is a member of Mad Dogs Unchained, which features original members of the Joe Cocker band. The group comes to Gloucester Stage Company on Friday night to perform its tribute to Cocker as part of the Woodstock 50th celebration.

The music of two iconic vocalists, generations apart, has become a fountainhead of inspiration for Megan Wolf.

Wolf, who was born and raised in Gloucester, has immersed herself into these vastly different musical worlds in two projects — one focused on Joe Cocker (1944-2014) and the other on Amy Winehouse (1983-2011).

In July, Wolf moved to Utah to pursue new opportunities in the rapidly growing area known for its music and film festivals, and also to be closer to the entertainment capital of Las Vegas, a five-hour drive from Salt Lake City.

She returns to town to perform with “Mad Dogs Unchained: The Ultimate Joe Cocker Experience” this Friday at Gloucester Stage Company and to present her Amy Winehouse tribute show next Thursday, Nov. 14, at Lizard Lounge in Cambridge.

“I’m time-traveling with these two singers,” Wolf said. “They are similar in some ways in that they both had such big hearts and even bigger voices.”

Since 2016, Mad Dogs Unchained has sold out theaters in both the U.S. and Europe, performing many No. 1 hits such as “With a Little Help From My Friends,” “Unchain My Heart,” “The Letter” and “Feelin’ Alright,” in addition to a new interpretation of Prince’s “Purple Rain.”

Next week, Wolf turns her attention to Winehouse with a tribute show featuring the late singer’s Grammy-Award winning album “Back to Black” in addition to other hits. This tribute has played to sold-out crowds in Boston, and Wolf packed North Shore Music Theatre in Beverly this past May.

She’ll be joined in Cambridge by Gloucester’s Renee Dupuis on backing vocals, Andover’s Jeff Buckridge on guitar, Sam Gilman on keyboard, Matt Giannaros on bass and Dean Johnston on drums.

As with most aspiring entertainers, Wolf’s journey has been filled with twists and turns.

After graduating from Gloucester High School in 2007, she attended Emerson College in Boston. But her heart was always focused on music.

At end of 2015, she left Gloucester, where she had been performing with 10 bands on the North Shore and working with many Cape Ann and Boston musicians.

“But I felt like I wasn’t writing as much and feeling like I hit a dead end, so I decided to move to New York City,” Wolf said. “I packed up my Subaru hatchback, and everything I owned fit in it.”

She lived on a shoestring budget, working as a waitress at the Mermaid Oyster Bar in the East Village.

“But I had time to pick up my guitar and write songs,” she said. “I was all by myself and sang only my songs, and it transformed my voice. I was able to sing in different ways because I never consistently sang my own songs. I had been more like a human jukebox singing songs by Aretha Franklin, Etta James, Jimi Hendrix and many other rock ’n’ roll and jazz tunes.

“This was an empowering time,” she said. “I started to build up a belief in myself to dive into being a solo act. Then I ran out of money, and I moved home to Gloucester.”

Wolf said she was feeling down about her state of musical affairs when she got a call from Warren Babson, a sound engineer at Gloucester’s Bang-A-Song studio, who was looking for a background singer. She went to a studio session, and she nailed it.

Jon Butcher, a musician and producer, encouraged Wolf to give it her all at that session.

“I had one of those moments when I felt my spirit expanding,” she said. “I closed my eyes and opened my mouth, and it was magical. When I opened my eyes, the first person I see is executive producer Leighton Wolffe. When I got out to the booth, they were all clapping.”

A couple of years later, she and Wolffe were married.

In 2016, Wolf released her first solo album, “That Girl,” produced by Butcher and Wolffe, of Electric Factory X. It was then that she changed her professional name from Megan McKenzie to Megan Wolf.

“I took that name, like the animal, to create a new persona in this move to rebrand,” she said.

“It was my diary. It was everything I was feeling, the budding romance and changes in my life,” she said. “That was my first major launch pad.”

While working with Electric Factory X, Wolf performed at a veterans benefit concert, “V is for Veterans,” with a group of world-class musicians. That led to her becoming part of Mad Dogs Unchained, and she developed her relationship with Cocker’s music from there.

In another serendipitous meeting, under a full moon last July, Wolf reconnected with Buckridge, a guitarist who often played Gloucester’s Rhumb Line. After catching up on their musical trajectories, the two decided to get together to brainstorm a set list to see where it may go.

“He said when he was cleaning out his desk that a book full of charts fell off his desk,” Wolf said. “They were all Amy Winehouse songs, and he thought it would be cool to do an Amy Winehouse night.”

Wolf agreed to give Winehouse’s music a try. So last September, they were booked at The Beehive in Boston in a show that had little promotion and little rehearsal.

“I stepped onstage, and all these women in the audience are looking at me with some reservation, but by the time the first song was over, everyone was on the floor dancing to every song and I thought, ‘OK, we are onto something,’ “ she said. “Then an hour into the first set, the manager gets onstage and says we need to stop. He said there is a line out the door and around the block, and they cleared the venue to do a second sold-out show that night.”

The group later booked a show at Chianti in Beverly, followed by a sold-out show at 9 Wallis in Beverly in March after which they were approached to do the show at North Shore Music Theatre.

“I really started to understand what I was doing more at that show,” Wolf said. “When I sing Amy, I am drawn into the trenches of her heartache. It wasn’t just the performance. It was about honoring her — and she showed up on that show. We played 90 minutes. It was the night of my life.”

The last two years have been a time of explosive growth — both personally and professionally, Wolf said.

Her vocal talents started earning recognition from international recording artists, and she found herself moving into a new sphere without losing her roots.

Wolf said she took a leap of faith heading out west this summer. But within a week of moving, through her industry contacts, she formed a 10-piece Las Vegas-based band for the Amy Winehouse tribute show with music director Eric Walters. In what she sees as a validation of her work, they are now getting ready to launch a tour in 2020.

“This is such a blessing, and we are now in the final stages of packaging the production,” she said. “It feels like we are on the beginning of a wave.”