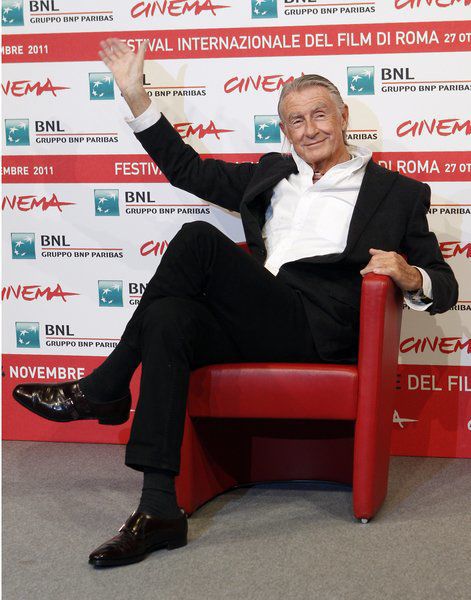 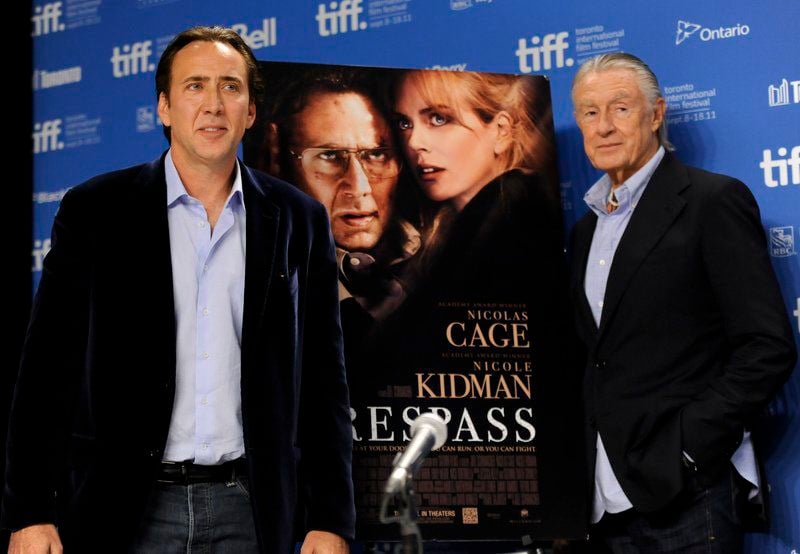 Actor Nicolas Cage, left, and and director Joel Schumacher participate in a news conference for the film "Trespass" during the Toronto International Film Festival in September 2011. (Evan Agostini/Associated Press)

Actor Nicolas Cage, left, and and director Joel Schumacher participate in a news conference for the film "Trespass" during the Toronto International Film Festival in September 2011. (Evan Agostini/Associated Press)

Legendary director Joel Schumacher leaves behind a cinematic legacy littered with a wide variety of unforgettable films that were incredibly popular and left an undeniable impact on pop culture, but were also often derided by critics.

Schumacher died on Monday at the age of 80 after a yearlong battle with cancer.

His take on Batman in the mid-’90s, with “Batman Forever” and “Batman & Robin,” was colorful, campy, kooky and knowingly cartoonish. Critics disliked the films, but they were box office behemoths and imprinted on the psyche of a generation of millennials.

Both “Batman Forever” and “Batman & Robin” are available to stream on HBO Max or for a $3.99 rental on Amazon or iTunes. The films are a hoot, just a blast of pure, neon-hued energy and heavily winking humor, a far cry from the dark and gritty superhero turns we saw in the 2000s.

In “Batman & Robin,” George Clooney dons the rubber mantle, and Alicia Silverstone comes along for a ride as Batgirl, while Uma Thurman wows as Poison Ivy and Arnold Schwarzenegger gives us the chills as Mr. Freeze.

Schumacher was born and raised in New York City, a streetwise city kid who went on to attend Parsons School of Design and design window displays for Henri Bendel. He was the toast of NYC nightlife and the fashion world in the ’70s, palling around with the designer Halston (Schumacher appears in the 2019 documentary “Halston” on Amazon Prime), and started out as a costume designer on films such as “The Last of Sheila” ($3.99 on Amazon and YouTube).

Schumacher had an incredible eye for casting. He essentially created “the Coreys,” casting both Corey Haim and Corey Feldman in the film, as well as giving Kiefer Sutherland and Jason Patric breakout starring roles, and creating iconic characters and imagery in this Santa Cruz-set vampire beach movie.

Schumacher also directed the Brat Pack classic “St. Elmo’s Fire” (on Showtime or $3.99 on iTunes, Amazon) and worked with Sutherland again on the death-courting thriller “Flatliners” ($3.99 digital rental), which might be one of his best films.

The stylishly gothic and deeply spiritual thriller follows five medical students as they attempt to test the boundaries of life and death, while “flatlining,” inducing death medically and bringing each other back to life. It’s operatic and eerie and boasts a quintet of great performances from Sutherland, Julia Roberts, Kevin Bacon, Billy Baldwin and Oliver Platt.

In the ’90s, he and casting director Mali Finn discovered young Brad Renfro and cast him in the John Grisham legal thriller “The Client” (HBO Max), co-starring Tommy Lee Jones and Susan Sarandon, and made Matthew McConaughey a leading man with another Grisham adaptation, “A Time To Kill” ($3.99 digital rental) co-starring Samuel L. Jackson as a black man on trial for seeking vengeance on his daughter’s white attackers.

After his 2011 film “Trespass” (free on Tubi), which co-starred two of his former collaborators, Nicolas Cage and Kidman, and Australian character actor Ben Mendelsohn in one of his first breakthrough Hollywood roles, and a few episodes of Netflix’s “House of Cards,” Schumacher retired.

But he left behind an oeuvre of wonderful and wildly varied films and his own unique mark on Hollywood, as well as in the fond memories of his collaborators and fans. Watching a Schumacher film this week to celebrate his life and career will undoubtedly be an entertaining treat.