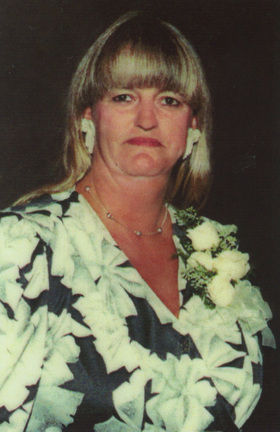 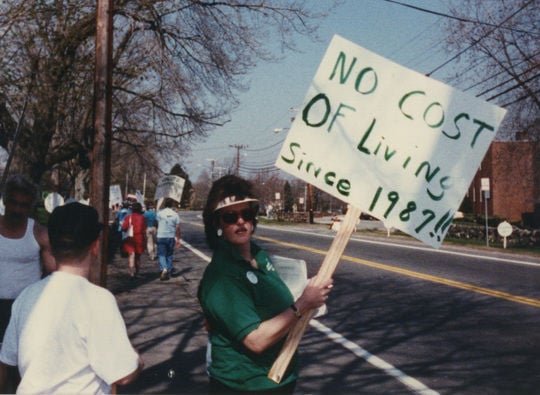 Rose Grocki is seen on a picket line. The labor leader was a tireless advocate for her union members.

Rose Grocki is seen on a picket line. The labor leader was a tireless advocate for her union members.

This article has been corrected since publication. To read the correction, please click here.

Everyone's life has a story. In "Lives," we tell some of those stories about North Shore people who have died recently. "Lives" runs Mondays in The Salem News.

SALEM — The long line at the O'Donnell Funeral Home said a lot about Rose Grocki, who died April 13, barely a month after being diagnosed with gastric cancer.

More than 600 people attended the wake for the 58-year-old labor leader, longtime member of the Ward Two Social Club, and devoted wife and mother.

Grocki touched more lives in this city, and beyond, than even she ever imagined.

They were thanking Grocki, the business agent for AFSCME Council 93 on the North Shore, for a lot of reasons — for standing by them during difficult labor negotiations, for genuinely caring about their working conditions, for walking picket lines in all sorts of weather and for a lifetime of kindnesses.

Ryan Davis, a Salem police officer, was one of many who shed tears. He had lost his own mother at a young age and referred to Grocki as his "detail mom." When he worked police details, standing in the hot sun or driving rain, Grocki would pass with a wave and a smile, or often stop to bring him coffee or just to check on him.

"She was such a caring woman," the 37-year-old officer said. "She always stopped by and took care of me."

There was also a tough side to Grocki, a fierce defender of working men and women who could outtalk or stare down almost any adversary at negotiations.

"I wouldn't want to be sitting across the table from her," said her daughter, Tanya, 30, a grade school teacher.

Grocki won a lot of labor fights in her more than 20 years as business agent. A few years ago, she helped Salem's more than 40 cafeteria workers fend off an effort to privatize the school lunch program. It was a fight she took to heart.

"She was awesome," said Deborah Jeffers, who was then the union vice president and is now the food service director for the Salem School Department. "She got us meetings with the mayor and superintendent, and also directed me to certain people in Boston and Washington. ... She gave us a voice, that's what she really did."

The former Roseann Elizabeth Gauthier — just "Rose" to everybody — was a hard and conscientious worker from the time she started at the former Eagle Can company in Peabody, soon after her 1971 graduation from Peabody High School.

She worked the assembly line for 13 years, a hard job that often left her with lacerations to her hands. Once, she mangled a thumb so badly it required a skin graft.

"We have a nice family portrait," her son said, "with my mother standing there and she's got a bandage on her fingers."

No matter the injury, Rose Grocki didn't take sick days and didn't miss work. Not surprisingly, she got top pay for a woman on the line.

"She always got to the top, no matter what she did," said James Grocki Sr., her husband of 34 years.

After work, Rose often retired to the former Yankee Club in Peabody, which is where she met her future husband. When they were married, the couple had their reception at the Yankee Club.

"We dropped so much money in there, (the owner) just thought she should give us the place for nothing," her husband said with a laugh.

While she was working the assembly line and raising a family, Rose Grocki went to night school at Marian Court College in Swampscott. Not only did she earn an associate's degree in one year, instead of two, she also was class president and won a leadership award at graduation.

In those hectic days, Grocki often rose at 4:30 a.m., shuffled the kids off to grandparents, put in a full day's work and headed to college at night.

"She had to work hard from a really young age," her son said.

As a business agent, Grocki was on the kitchen phone all the time, heading to negotiating sessions or dragging her kids and husband off to picket.

"My friends (often) would be there," her son said. "She wanted warm bodies."

Grocki, who seldom took vacations, worked right up to the end.

"The night she was diagnosed and was lying in the hospital, she was giving me numbers to call," her daughter said.

Peterborough - Eva H. Sacharuk died, peacefully, at her home in Peterborough, N.H. on June 1, 2021. Before moving to Peterborough in 2019, she was a long-time resident of Wenham, Massachusetts where she raised her family with her husband Serge since 1960. Eva is survived by her loving husban…