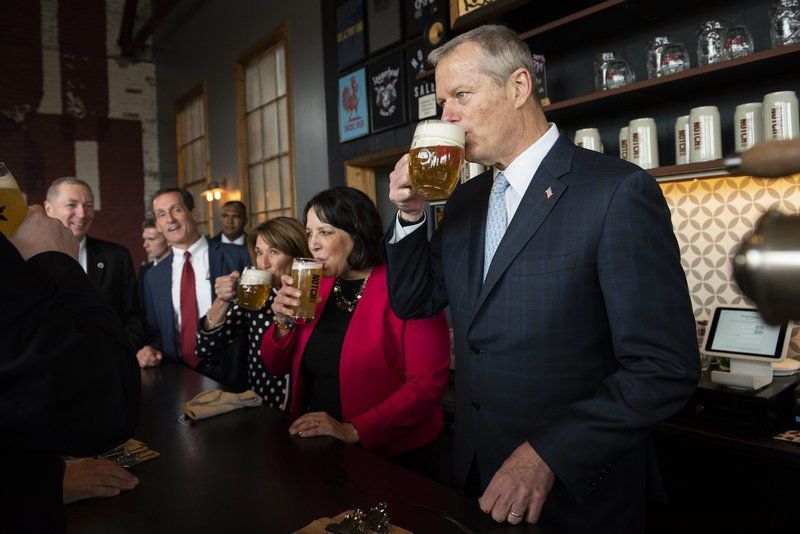 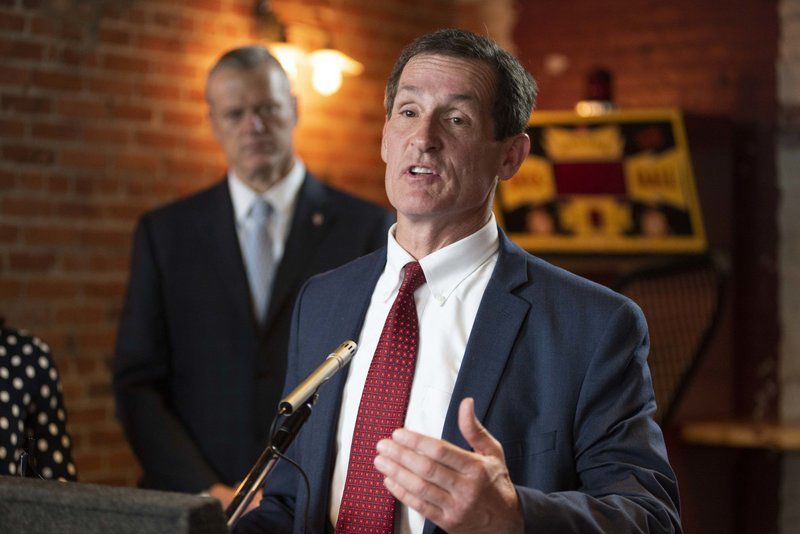 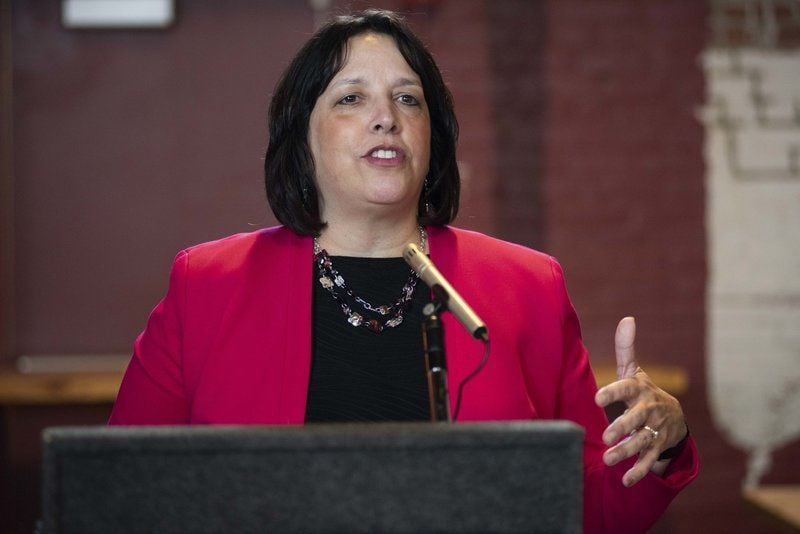 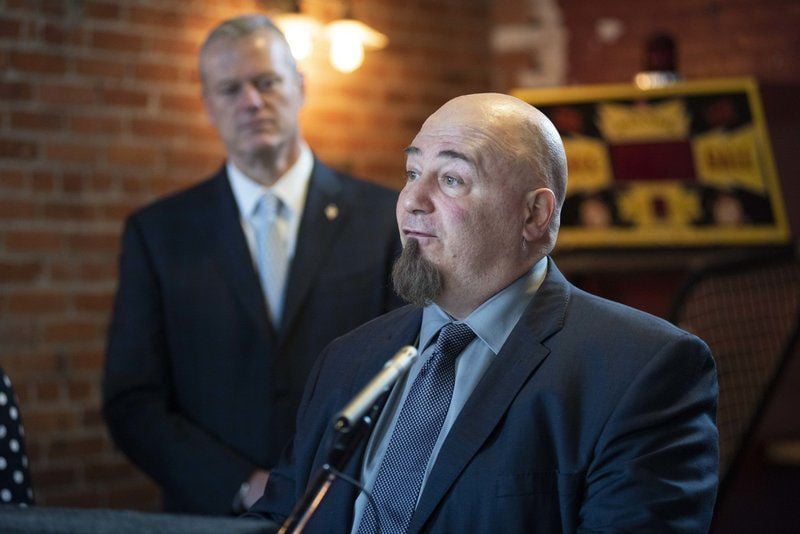 Ryan McBride/Staff photoRichard Marino, owner of Chianti restaurant in Beverly, speaks about how some of his employees have been priced out of the area. 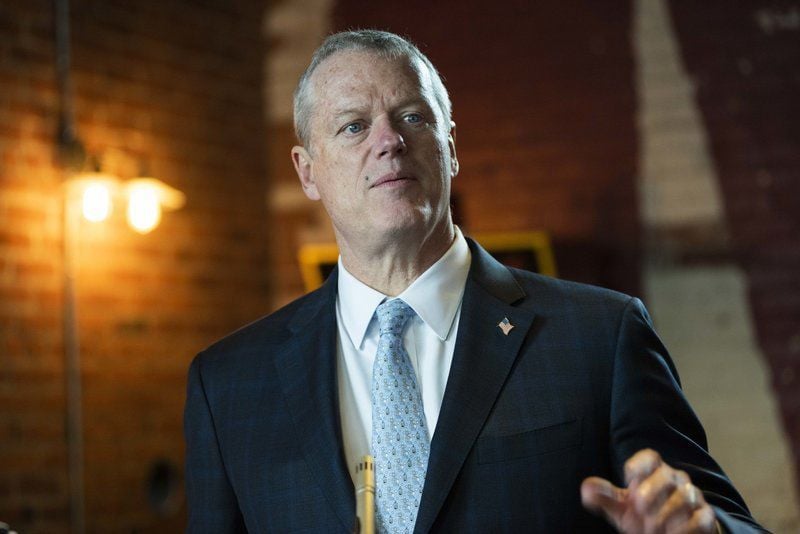 Ryan McBride/Staff photoRichard Marino, owner of Chianti restaurant in Beverly, speaks about how some of his employees have been priced out of the area.

SALEM — A proposal that would allow municipal and religious buildings to be converted to housing got a 7-4 vote from the City Council earlier this year — one vote shy from the two-thirds vote it needed to pass.

Now, legislation at the state level could prevent what Gov. Charlie Baker's office Friday called "future debacles like that seen in Salem."

Baker, Lt. Gov. Karyn Polito and several state and local officials came together at Notch on Derby Street Friday to highlight the Housing Choice act. The bill, if passed, would provide cities and towns with a range of tools for approving new housing projects with a 51-percent "simple majority" from local bodies instead of the two-thirds super-majority zoning changes require today.

The legislation responds almost directly to a housing crisis local leaders have been speaking to in recent months, where demand for homes is so high that people are priced out of the region.

"If anything comes on the market, it gets bid out because the demand for it is so high, which makes it unaffordable for most people," Baker said. "Folks have to move farther and farther away from their circles of friends, family, work."

With that, the heart and energy of a community changes. Meanwhile, those moving further away rely more on travel, Baker said, and sparking "huge transportation issues."

"It's an existential issue. We need to deal with this," he said. "Many of these places are just as typical as Salem. The North Shore, generally the United States, is building housing — lots of it — and they're building it because they want those young people and young families to be part of their future."

The act, if passed, would allow a simple majority vote at local boards to approve the creation of "in-law" apartments and accessory dwelling units, increased density through special permits, cutting parking and dimensional requirements, and more.

The housing crisis has also affected local businesses, whose owners say their employees are finding themselves gradually priced out of living nearby. Claire Kallelis, general manager of Hawthorne Hotel, spoke on the issue at Friday's event.

"We have a hard time retaining our employees," she said. "The Hawthorne Hotel has about 175 employees. Half of them live in Salem, around 60 percent... and half of the 60 percent are actually born and raised in Salem."

But that number is slowly declining. That's also the case for Rich Marino, owner of Chianti in downtown Beverly.

"We're seeing the same thing over here," Marino said. "About a third of our employees no longer live in the city as well."

The tools may alarm for how they could create more dense developments, but Polito said they're addressing a problem that is just as alarming if not worse.

"All of the regions of the commonwealth have different priorities and needs around housing," she said. "The one thing everyone agrees with is we don't have enough. We estimate we need about 135,000 new units of housing by 2025. Those are big numbers."

In Salem alone, the city would need to create 2,725 new housing units by 2030 to keep up with climbing housing costs, a recent forum on the issue said. Beverly, meanwhile, has an unmet housing need of about 4,000 units, Beverly Mayor Mike Cahill said.

Polito said the state will never reach those numbers if it maintains the status quo.

"Zoning at the state level in Massachusetts hasn't been reviewed in over 50 years," she said. "A lot has changed in the Commonwealth in five decades, and if we're going to plan appropriately for the future of this Commonwealth, for the next five decades, we need to look at the rules."

The Housing Choice bill was filed in February and sent to the Joint Committee on Housing on Feb. 28. For more on the bill, visit malegislature.gov/Bills/191/H3507.