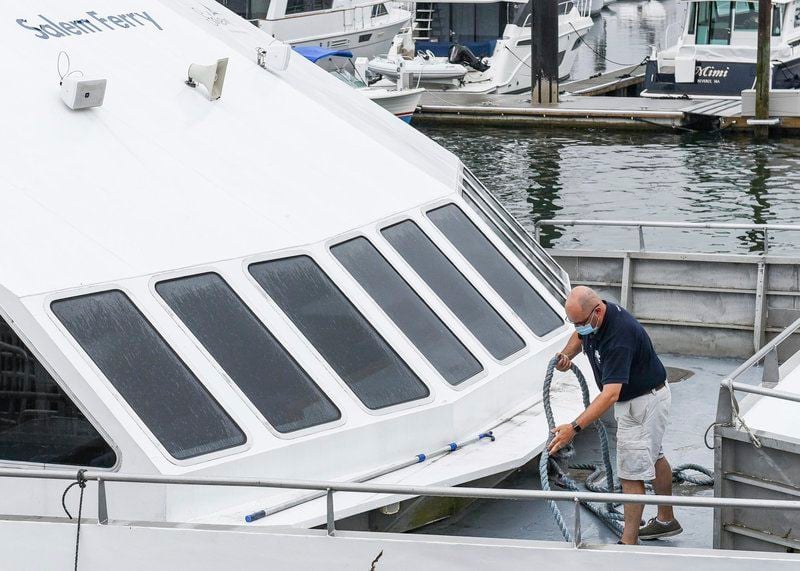 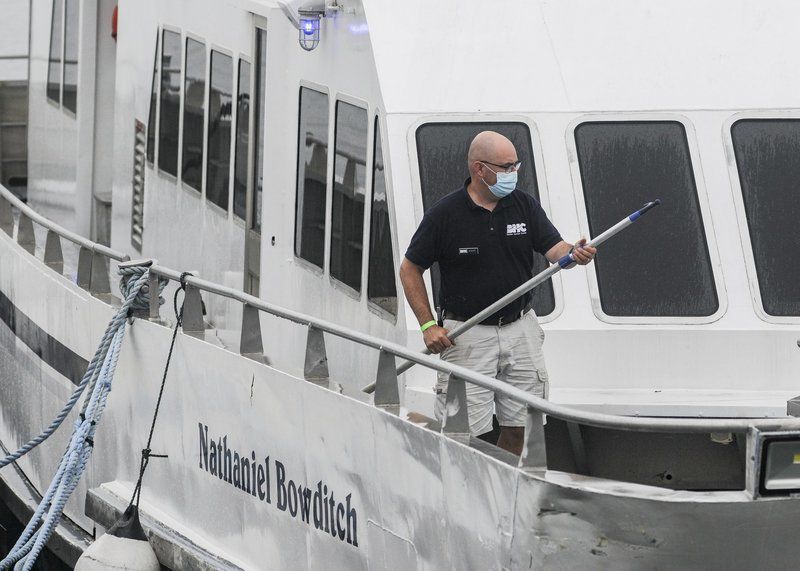 Captain Steve Cleary checks out a pole at the Salem Ferry Wharf amid the coronavirus pandemic. The Salem Ferry is scheduled to resume operations on July 3. JAIME CAMPOS/Staff photo 6/30/2020 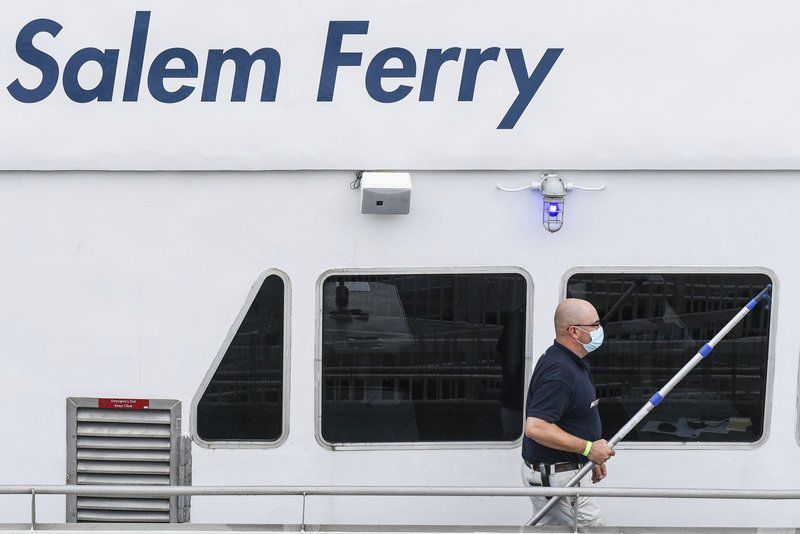 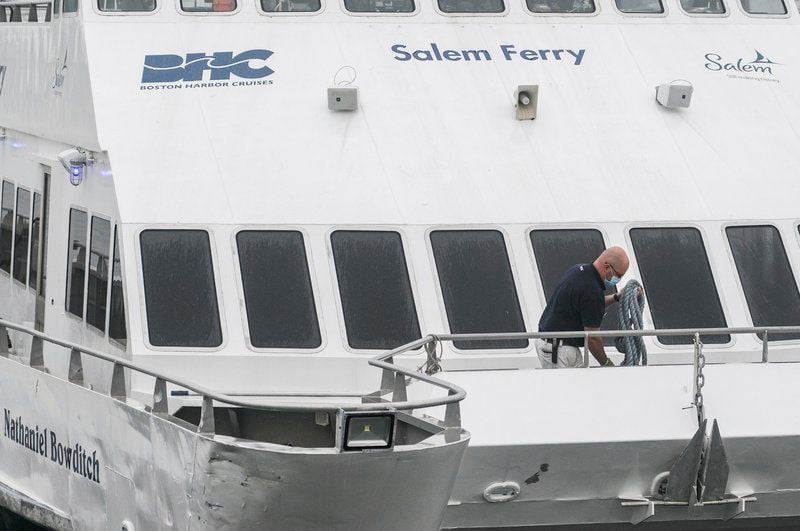 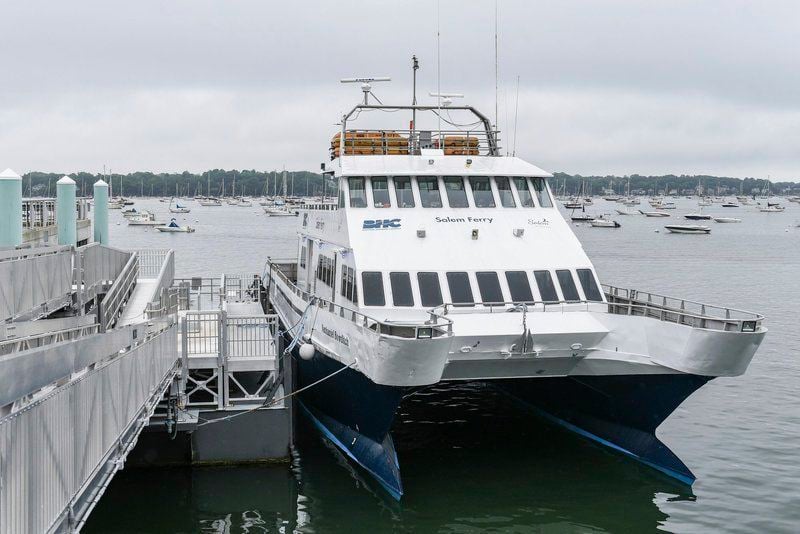 Captain Steve Cleary checks out a pole at the Salem Ferry Wharf amid the coronavirus pandemic. The Salem Ferry is scheduled to resume operations on July 3. JAIME CAMPOS/Staff photo 6/30/2020

SALEM — The ferry is back.

Salem Ferry, a Boston Harbor Cruises commuter service that brings passengers between Boston and Salem, will resume service Friday, July 3. It's expected to run through to Oct. 31.

The news comes as businesses begin to return after the COVID-19 pandemic triggered shutdowns around the world. Though the tourism industry is still decimated and likely won't return to normal for some time, the ferry is more focused on getting commuters and local travelers back and forth, according to Kate Fox, executive director of Destination Salem.

"It's another indicator that there's life after the pandemic and that Massachusetts numbers are good," she said. "We need to continue to follow the public health guidelines; when we do that, we get to do things like get out on the water and take the ferry to Boston or to Salem from Boston."

The ferry will operate with modest restrictions. Pre- and post-trip cleaning and sanitizing will be a routine part of ferry operations for the foreseeable future. Masks will be required to board Bowditch, and its crew will be screened and temperatures checked daily.

The 149-passenger Nathaniel Bowditch ferry is working with a certificate of inspection that caps occupancy at 50%, according to Salem Harbormaster Bill McHugh.

To accomplish keep people apart, booths and rows of seats will have every other seating area closed off, according to Jeanne Sullivan, Boston Harbor Cruise's director of brand and communication. The ferry will also only sell drinks and packaged food for the time being, though that could change in the future.

"The MBTA ferry started up a week and a half ago. We've seen light ridership so far, because most of the people who take them are working from home," Sullivan said. "People are returning to the streets."

Mayor Kim Driscoll celebrated the news, saying the ferry is "an important service, not just for our reopening local business community, which serves visitors to Salem, but to commuters who are now starting to return to work in greater numbers."

"We'll be closely monitoring the situation in collaboration with our Board of Health and other agencies," Driscoll said, "so we can respond quickly should the need arise. For now though, the return of the Nathaniel Bowditch will be a welcome sight."

Boats are back, cruises not

"Obviously, Salem has been back on the water for recreational boating for quite some time now," he said. "We're seeing a very robust turnout on the harbor, but this is important because it'll get more traffic through the ferry terminal and downtown, hopefully from people looking to make Salem part of their summer destination."

While the ferry is resuming service, only one of several cruise ships that had Salem as a destination going into the year have remained on the calendar.

"I'm anticipating she may cancel as well," McHugh said. "I just haven't heard."

There's a growing assumption that there is a "no-sail order" on cruise ships, which McHugh said isn't the case. There is nothing saying cruises can't operate at this point; companies are simply playing it safe.

"It's just the cruise ship companies realizing what's going on," he said.

The rebooting of the ferry comes at the beginning of the July 4 holiday weekend, which Sullivan said could drive traffic as families look for things to do outside of their own backyards.

"Everyone is looking for something to do on the Fourth of July, and they could take the ferry from Boston to Salem and enjoy the day in Salem," she said. "It does seem like people are being very cautious and sensible, and going along with guidelines."