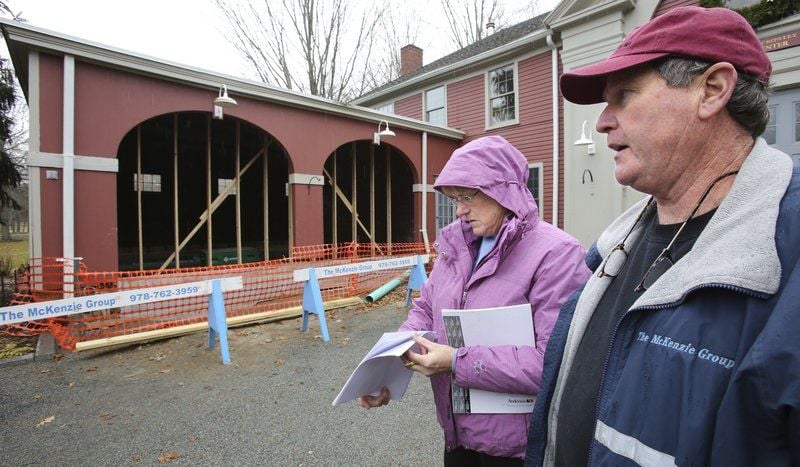 Bill and Lois McKenzie talk about the nature center, on the left, under construction at Endicott Park in Danvers. 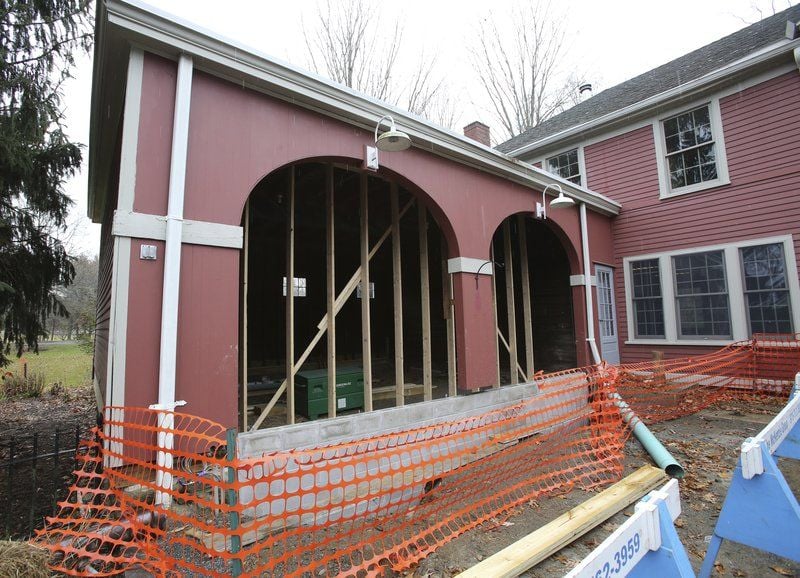 A new nature center under construction at Endicott Park in Danvers will allow park staff to expand programs for visitors.

Bill and Lois McKenzie talk about the nature center, on the left, under construction at Endicott Park in Danvers.

A new nature center under construction at Endicott Park in Danvers will allow park staff to expand programs for visitors.

DANVERS — Bill and Lois McKenzie are known for their volunteer work, overseeing the former fireworks show at Danvers Family Festival.

Now the couple want to make a bang at Endicott Park, helping to oversee a revived Friends of Endicott Park group that aims to boost educational offerings and raise money to maintain the 165-acre park.

Friends of Endicott Park was founded in 1993, but had been dormant in recent years. It was revived in January by enthusiasts of the park. One of the group’s first initiatives is construction of a new Nature and Environmental Education Center in the carriage house, which serves as the park’s visitor center.

The plan is to convert a 700-square-foot wing, now used as a wood shed, into a learning center that can be used for classes, meetings and nature displays.

Bill and Lois McKenzie are now president and vice president, respectively, of the Friends group, and since they also run a contracting company, they have begun construction on the project.

“We are going to turn it into a nature center for children and for anybody to come in and learn about the nature of the park,” Bill said. “There will be exhibits on display at all times and people, hired and volunteers, to explain nature. The park down here has a lot of summer programs for children, and they need the room to expand their programs.”

The response has been enthusiastic.

Mountain credited Christopher Sanborn, who overseas Endicott Park as the town’s director of natural resources, for re-energizing the Friends group.

“Everybody that’s on the board loves Endicott Park,” Lois McKenzie said, “and we want to keep it going and keep it up and help, because the town doesn’t have a big budget. It’s mostly volunteer fundraising and everything down here.”

The park, located at 57 Forest St., is made up of the former Endicott Estate, save for 11 acres of Glen Magna Farms, which is owned and maintained by the Danvers Historical Society.

Bill McKenzie said it was Sanborn’s idea to focus on the nature center. Plans are to create a space that is both air-conditioned and heated, in a style that would match the rest of the historic building.

The carriage house has a conference room, a central area known as Carriage Way where an old horse-drawn carriage is displayed, and the Carriage Room, where many educational activities already take place. But these spaces are not large enough to accommodate all that goes on at the park. The space where the nature center is being built has two large bays that used to accommodate carriages.

The project has been presented to the Historic District Commission, the Recreation Committee, Friends of Danvers Recreation, the Department of Public Works and the Board of Selectmen.

The project’s budget is about $75,000. Bill McKenzie said Town Meeting had already approved a warrant article to fix the sills in the building, money that has been worked into the project.

“They had some money available, not much, but the rest of this we have to raise as a group,” he said.

McKenzie is donating his own labor, and his workers will work at a discounted rate.

Target date to complete the work is June 2016.

Townley and her husband, Dave, acted as stewards of the park for 41 years before retiring Jan. 1, 2014.

The nonprofit Friends of Endicott Park are running a gift brick fundraiser to support construction of the Nature and Environmental Education Center. The engraved bricks will be installed in front of the Townley Family Children’s Barn, which has a ramp that also needs to be rebuilt.

The 4-by-8-inch multicolored clay bricks are being sold for $100 each. The bricks can be personalized with up to three lines of text with 14 characters per line.

To order a brick, go to http://www.endicottpark.donationbricks.com. For more information, you may email Andrea Enos at amenos@comcast.net.