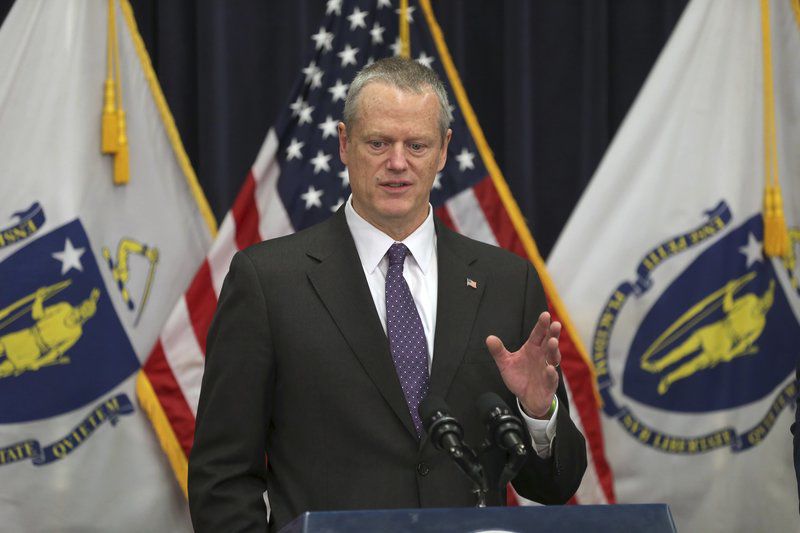 David L Ryan/Globe StaffGovernor Charlie Baker orders closure of all non-essential businesses because of CORVID-19 coronavirus with an announcement at the Massachusetts State House. 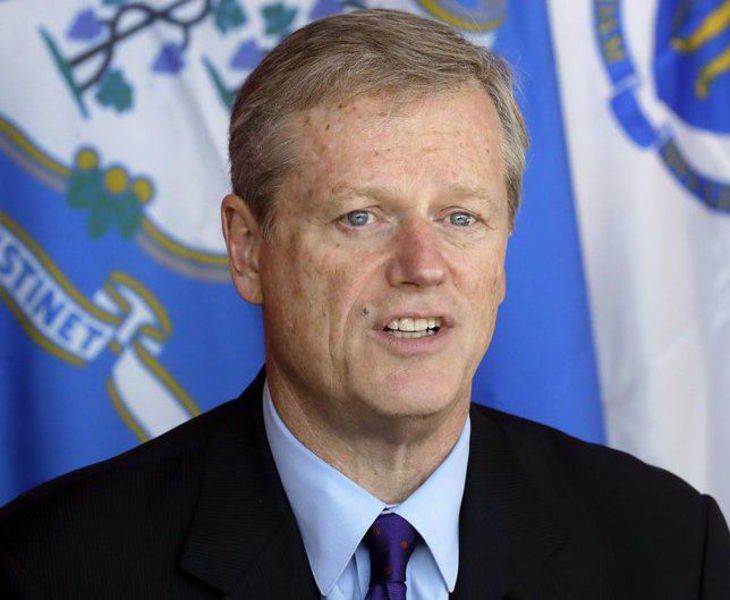 David L Ryan/Globe StaffGovernor Charlie Baker orders closure of all non-essential businesses because of CORVID-19 coronavirus with an announcement at the Massachusetts State House.

BOSTON – Gov. Charlie Baker is ordering all “non-essential businesses” to close for two weeks and advising people to stay home as the state ramps up its efforts to prevent the spread the new coronavirus.

Baker’s order, which goes into effect at noon on Tuesday, requires all non-essential businesses to close physical locations and facilities to customers and the public.

The order affects a wide swath of retail and industry, as well as offices, though the Baker administration issued a long list of exemptions.

Grocery stores, gas stations, pharmacies and first responders, health care workers and others on the front lines of the state’s coronavirus response will remain open under the directive.

Businesses that supply supermarkets – including farms, food manufacturers and packaging plants – are also designated essential services under the governor’s order.

In addition, the governor is issuing a “stay at home advisory” urging people not to leave their homes, but he said he won’t mandate that people stay inside if they need food, medicine or other essential items.

“I do not believe I can or should order U.S. citizens be confined to their homes for days on end,” Baker told reporters at a Monday briefing. “It doesn’t make sense from a public health point of view.”

Both the order and advisory will remain in effect until April 7 at noon, but could be extended.

Baker said the new restrictions are necessary to prevent the further spread of the virus and ensure the state has the resources to respond to the outbreak.

“By taking this action now, we can significantly improve our position in this fight to slow the spread of this virus,” Baker said. “Acting now to prevent more person-to-person interaction and (prevent) spreading the virus will buy us more time, so our health care system can better prepare for a challenge unlike any they’ve seen before.”

The new rules also update the state’s social distancing protocols by banning public events with 10 or more people. The previous limit was 25 people.

Churches, temples, mosques and other houses of worship are exempt from the order, but faith-based gatherings would have to limit gatherings to 10 people.

Baker said people can still do their shopping, get prescriptions and other essential needs, as well as to go to parks and public places, but they should avoid activities that bring them in close contact.

“We want people to know they won’t lose access to food and medicine,” he said. “We will not stop anyone from accessing these essential businesses.”

Travel isn’t barred and the MBTA will continue to operate on a limited schedule, but Baker said the T should only be used for essential travel.

“Our buses, trains and subways will continue to run,” Baker said. “But that doesn’t mean we think it’s a good idea to take the train downtown to meet up with friends.”

Restaurants, bars, and other businesses that sell food and beverages can offer food for take-out and by delivery if they follow the state’s social distancing protocols.

On-premises consumption of food or drink is prohibited.

Package stores will remain open, but recreational marijuana shops will close. Medical marijuana dispensaries will be allowed to remain open. Among other industries deemed essential are communications and information technology, financial services and news media.

Baker said the order will be enforced by local law enforcement. Businesses that violate the new restrictions will face fines and other penalties, Baker said.

Violations of the order can result in a warning for a first offense, a fine of up to $300 for a second offense, and criminal penalties, including fines of up to $500 or imprisonment.

Small businesses have been hit hard by the state’s aggressive precautions to stop the spread of the coronavirus.

State officials are bracing for a surge of unemployed workers who’ve been laid off in the past few weeks.

On Monday, the state received nearly 20,000 claims for unemployment benefits, according to the Executive Office of Labor and Workforce Development.

The state has relaxed rules on benefits to cover more people, and it deployed additional staff to process an anticipated deluge of claims.

As of 4 p.m. Monday, the state had 777 confirmed cases of the coronavirus, which causes a disease called COVID-19. More than 2,000 people were under quarantined. Nine people in Massachusetts have died as a result of the illness.

For most, the virus causes only mild or moderate symptoms, such as fever and cough, but it can be deadly for older people and those with underlying health conditions.

Baker declared a state of emergency on March 10 and imposed a number of aggressive restrictions aimed at preventing spread of the virus.

He also ordered the shut-down of all public schools for three weeks, closed bars and restaurants to dine-in visitors, and banned gatherings of more than 25 people.

But Baker has resisted a complete shut-down of the state despite pressure from some lawmakers and health care advocates.

Several states – including California, New York and Connecticut – have issued “shelter-in-place” orders in recent days to contain the spread of the virus.

Locally, Cities and towns in Massachusetts have broad powers under state law to issue and enforce shelter-in-place orders in the event of an emergency.

Provincetown and Nantucket, which reported its first case over the weekend, have issued stay-at-home orders but it’s not clear if any other communities are considering such a move.

Baker said he’s been relying on guidance from state and federal health officials and other governors, and decided this was the right time to ramp up the state’s response.

“We all have a role to play in this fight,” he said. “Every step we take to cut down on the chances this has to spread is a way to help our communities get through it.”

Christian M. Wade covers the Massachusetts Statehouse for North of Boston Media Group’s newspapers and websites. Email him at cwade@cnhi.com