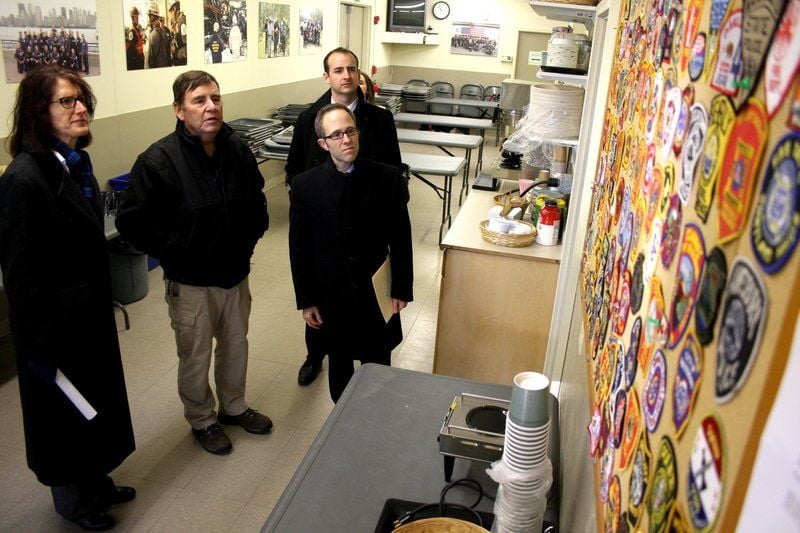 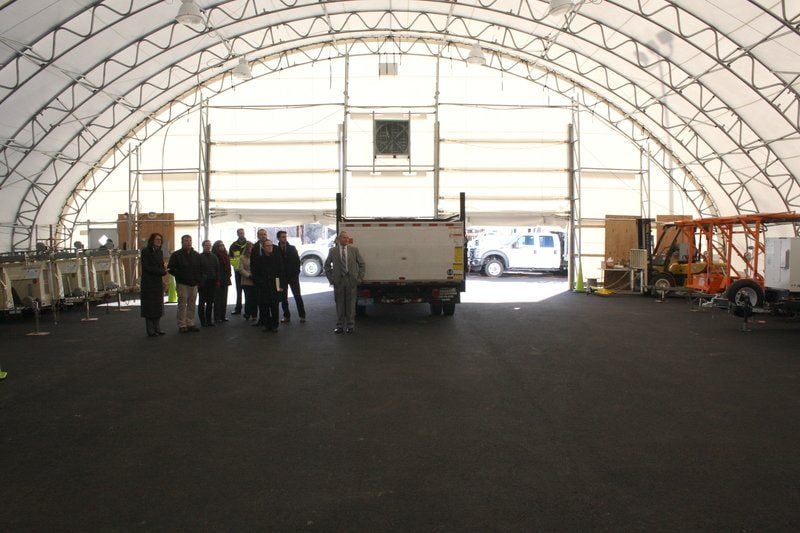 DUSTIN LUCA/Staff photosLocal, regional and state officials walk through a shelter at the Beverly Cache Site, home to emergency responding group Massachusetts Task Force 1. The site is getting a large grant to add solar power generation. 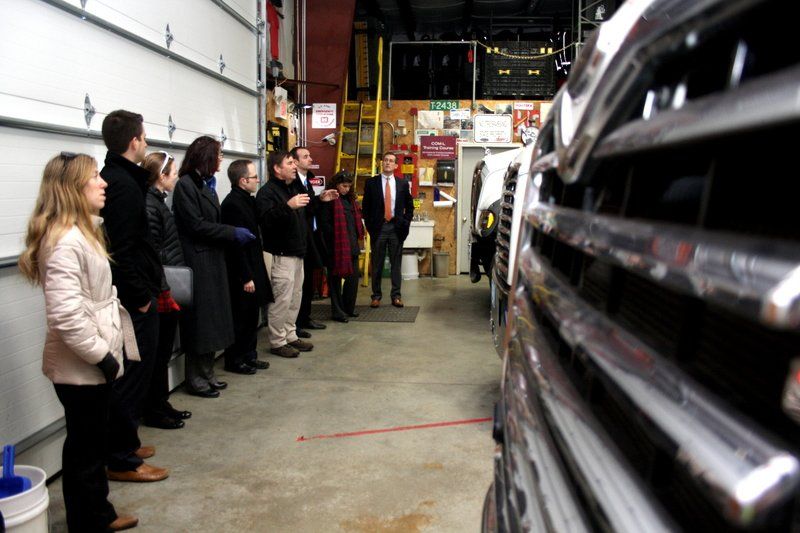 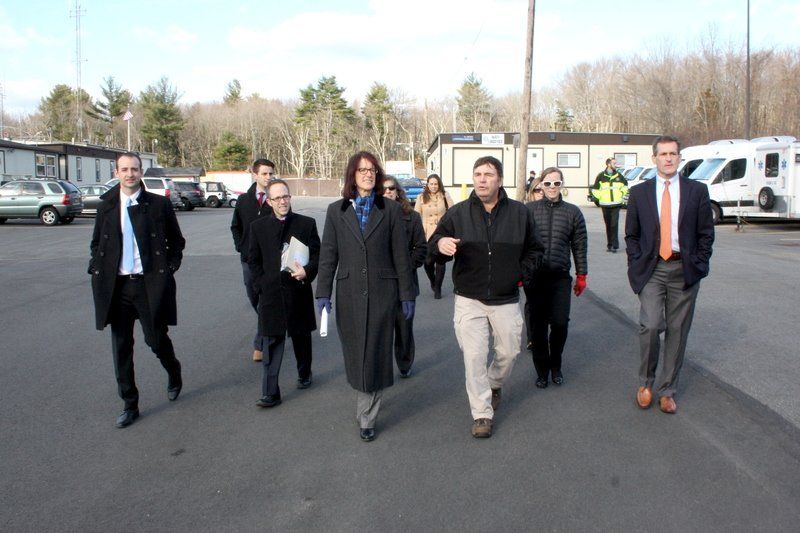 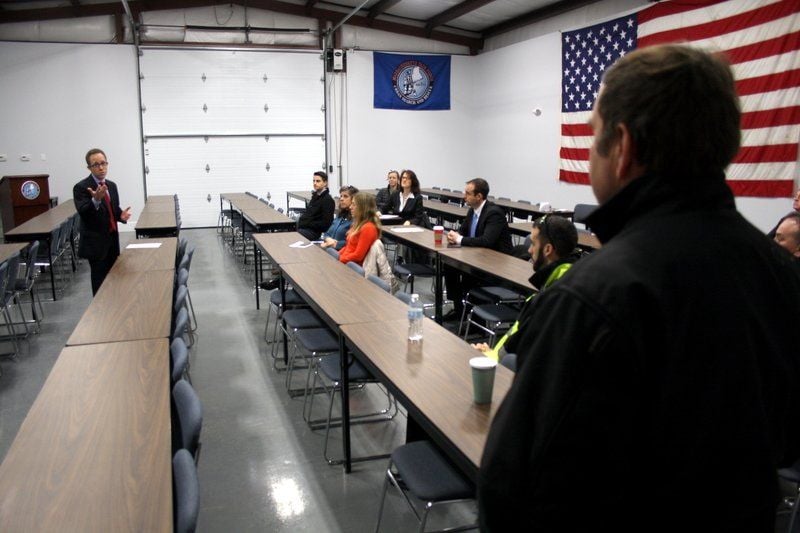 DUSTIN LUCA/Staff photosLocal, regional and state officials walk through a shelter at the Beverly Cache Site, home to emergency responding group Massachusetts Task Force 1. The site is getting a large grant to add solar power generation.

BEVERLY — If the power grid were to vanish for days on end, a “cache site” on Airport Road would become the war room in the battle to get the region back online.

Now, the Beverly cache Site is $526,180 richer as it embarks on the quest to do its work with a little more environmental consideration.

The site is home to Massachusetts Task Force 1, an urban search and rescue team that has responded to crises like the Sept. 11 terrorist attacks and Hurricane Sandy.

“In emergency response, from our perspective, a lot of it is coordinated out of here,” said Mark Foster, director of Emergency Management in Beverly. “If you guys had a major emergency where lots of trees are down and streets are blocked off, you’d really need a command center to be able to work out of, to have significant parking, electricity and Internet.”

The site is able to generate its own power with on-site generators. It also has several buildings for planning and coordination efforts, as well as equipment and vehicle storage.

Officials teamed with the Metropolitan Area Planning Council to secure funding for energy-efficiency upgrades. Those upgrades, announced yesterday, are a small part of more than $18 million in funding awarded by the administration of Gov. Deval Patrick.

The money coming to Beverly will be used to set up solar canopies at the site to draw in and save solar power by charging underground batteries, Foster said.

The money accomplishes three of the state’s missions, according to Energy and Environmental Affairs Undersecretary Mark Sylvia.

“One way for us to help is to provide funding for these organizations to help our cities and towns and private entities — to help [the cache site] keep the lights on,” Sylvia said.

And by generating power without using diesel gas generators, it also cuts greenhouse gas emissions. In doing that, the climate sees less impact and produces slightly smaller natural disasters for Task Force 1 to respond to, according to Sylvia.

Even without an emergency, the upgrade will benefit the greater community by lowering the electricity bill at the cache site.

“Instead of spending money on lights, you can spend it on training or equipment or repairs,” he said.

The state shares the same enthusiasm for the project.

“I get really excited when we talk about solar canopies,” Sylvia said. “You’re creating home-grown, renewable power on site, and you’re not cutting down trees. You’re actually placing generating facilities on top of asphalt, but also protecting assets.”

In all, 13 projects around the state are getting funding in this round of grants. Money is designated for facilities where the loss of power would result in disruption of a critical public safety or life-sustaining function. That includes emergency services, shelters, food and fuel supply, and more.

Also included in the second round of funding is the Greater Lawrence Sanitary District, which will receive $4.4 million toward an effort to turn waste gas into power.

The city of Boston will receive $3.7 million to partner with Boston Medical Center and install a new, 2 megawatt co-generation system.

Amazing Rockport estate leaves nothing to the imagination