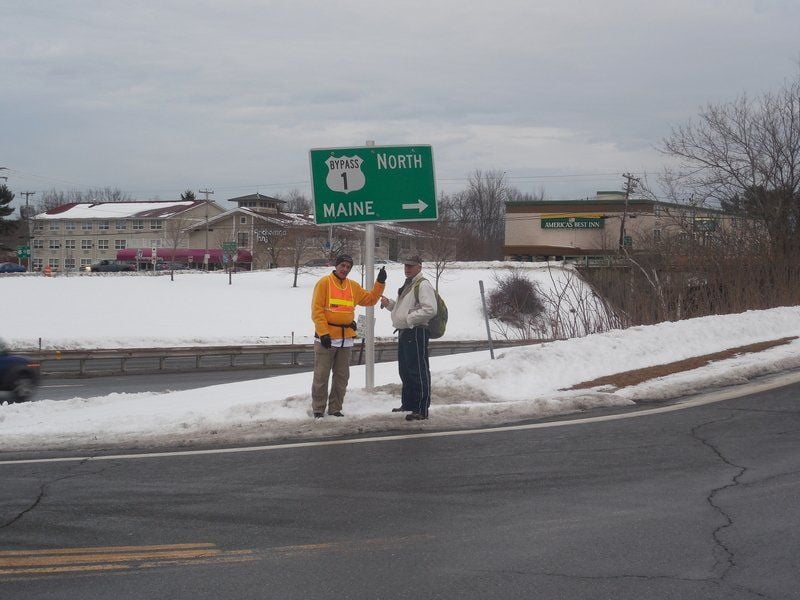 Courtesy PhotoBeverly residents Harry Aldrich (left) and Tom Clay point to a sign while participating in the Winnipesaukee Walk for Wells last year. 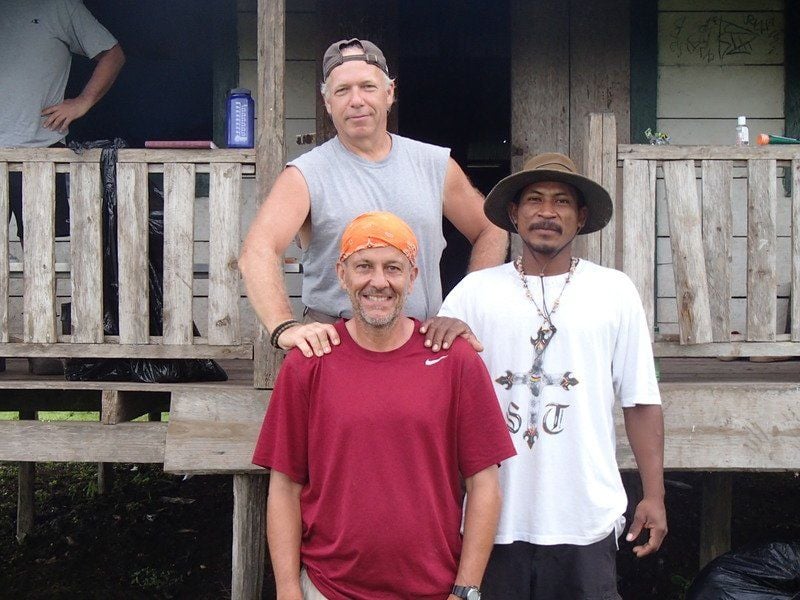 Courtesy PhotoBeverly residents Harry Aldrich (left) and Tom Clay point to a sign while participating in the Winnipesaukee Walk for Wells last year.

Tom Clay and Harry Aldrich will participate in the Winnipesaukee Walk for Wells Saturday to benefit the Beverly-based Peace and Hope Frontier Mission.

The men have traveled to Nicaragua with others from the North Shore Community Baptist Church in the past. They’ve built relationships with locals as they’ve helped make dramatic improvements to the lives of those living deep in the jungle, they said.

Projects have included setting up rice mills, installing rain-water catching tanks and more, according to Clay.

“We’ve done a lot of community projects like that, as well as educational projects for children,” Clay said. “Over the course of the last year and a half, we’ve been really focusing on coming up with a way to provide them clean water.”

More than 85 percent of illness in the area comes from water-borne parasites, Clay said.

“We see this as the biggest need,” he said.

“Once you’ve gone, you see the need and you also bond with the people,” Aldrich said. “That bond is created virtually in every person that goes. Almost everybody who has gone has gone again.”

There are some dangers as well. One comes in the form of sparsely available medical care, according to Clay.

“Any substantial medical help is probably five hours by boat to get out and to some kind of medical facility,” Clay said. “When you’re doing this kind of work out in the bush, accidents can happen. We’ve never had anything horribly serious, but we’ve had a couple situations where we’ve had to get a couple people out.”

There is also danger in the form of ambushes, which the group has yet to encounter, Clay said.

“Two or three years ago, we had to cancel one of our projects and relocate our work,” Clay said. “The boats we travel in are called pangas. A small panga was ambushed, and a bunch of people were shot.”

The group aims to drill about 35 wells over the next three years. They’ll use a drill, capable of digging 200-foot deep wells, that can be broken down and transported by boat, according to Clay.

“There are no roads. You can’t throw it on the back of a truck,” Clay said. “You have to get it on a small boat, up the river.”

The walk this weekend will help raise money to drill the wells and provide other resources to the villages the group works with, according to Clay.

Clay will return to Nicaragua in January, while Aldrich doesn’t have any plans to return to the country in the near future, he said.

The walk on Saturday, however, will go a long way for those making the trip to Central America, according to Clay.

But drilling wells isn’t the only way they’ll help, according to Clay. Flooding recently wiped out the locals rice crop, an absolutely pivotal resource in the area, so they’re sending resources to help with that loss as well.

For more information, or to pledge to the event, visit bit.ly/1F4otro.