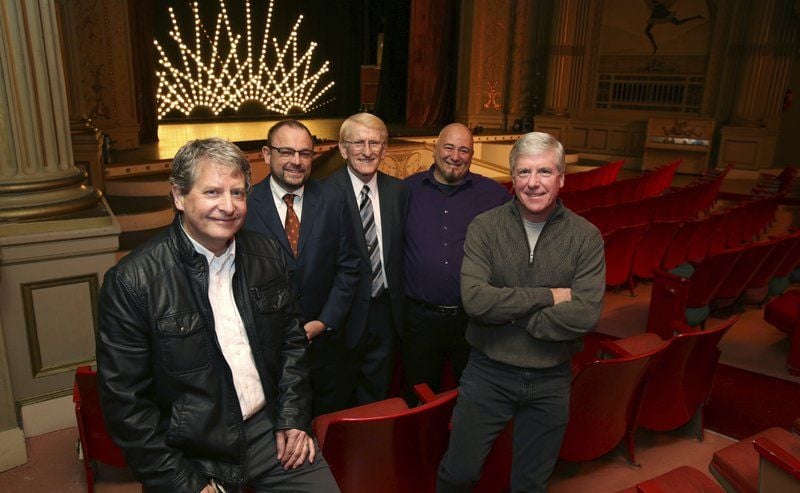 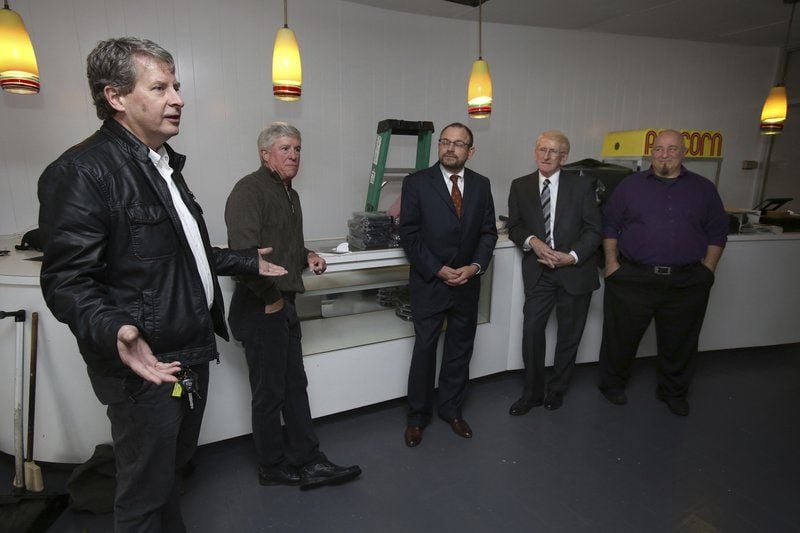 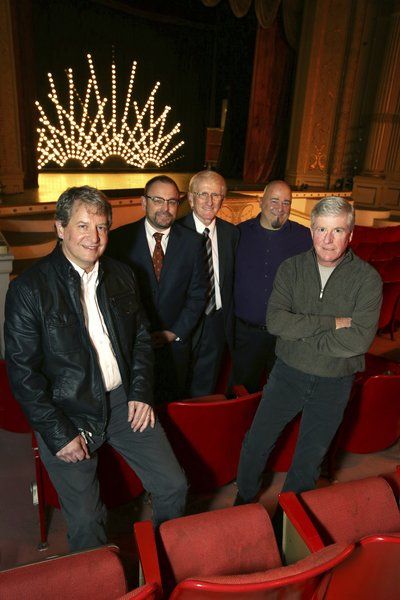 BEVERLY — On Friday, people will again file under the famed Cabot Cinema marquee to catch a movie. Within months of movies returning, a 22-piece orchestra will invite couples to swing and sway on a dance floor.

This is the next generation of The Cabot Theater, a downtown anchor that is being transformed into a performing arts venue by a group of local men with a “soft opening” planned at 4:30 p.m. Friday.

The theater was sold by past owner David Bull to local entrepreneur Henry Bertolon for $1.2 million on Oct. 16 after a sale being in the works for about a year, Bertolon said.

Siemasko, Howard, Marino and Van Ness were brought together by City Councilor Scott Houseman, who connected the four because of the diversity of their backgrounds and their connection to Beverly, he said.

“I was compelled to make sure something good could happen at the Cabot,” Houseman said.  As the four worked together, they connected with Bertolon to see if he could help, he said.

Bertolon assisted by buying the property and leasing the building to the now five-member organization for $1 for 18 months, he said.

The plan now is to develop programming at the theater and renovate it while bringing in crowds. Ownership would eventually be transferred from Bertolon to the organization, the group said.

Cabot brought back to life

Before The Cabot Theater can formally go under the organization’s wing, it must first become a viable entity downtown, Bertolon said.

“We’re a startup,” Bertolon said. “We envision multiple uses and multiple forms of entertainment within these four walls. In the meantime, things will be happening, and things will grow.”

The entrance to the venue has lost its original carpeting, and the walls have been repainted. Beyond that, much of the original Cabot Cinema is still intact.

That includes the original 1,025 seats in the auditorium, which Siemasko said is “job one” as the renovation work begins.

Dozens of rows of red seats go back to a time when comfort standards were different. Every seat will be replaced with wider, more comfortable seats with support for both food and drinks, Marino said.

In time, the theater will also serve alcohol and food, Marino said.

The front rows of seats in front of the stage will be removed to add a flat floor surface ideal for dancing — or mosh pits, in the case of hard-rock concerts, Siemasko said.

“We’re trying to make this place used in any way people can imagine it,” Siemasko said.

Dec. 6 will see the first official music performance at The Cabot Theater, headlined by local bands Exit 18 and Something In Common.

Exit 18 guitarist and vocalist Sean Leahy, 16, said his band was approached to be the premiere performance by Van Ness, after his daughter heard them play.

The first movies will be played this weekend. Drafthouse Films’ “20,000 Days On Earth” will play Friday at 4:30 p.m., and “Mood Indigo” will play at 7:30 p.m. The two movies will also play Saturday with their start times reversed.

Early matinee tickets will be $8.99 for any movies starting before 6 p.m. Movies starting after 6 p.m. will be $10.99 for adults and $8.99 for children, seniors and students with photo ID, Van Ness said.

In time, the group hopes the doors will always be opening at the theater as community groups, bands and more fill the theater’s calendar.

“We do have work to do,” Bertolon said. “It’s not going to happen overnight.”

About 20,000 theaters like the Cabot Theater once existed, but only about 250 are still operating today, Siemasko said.

Many organizations have come forward to save them over time, but not all have succeeded, according to Bertolon.

“The ones that have been successful have only been successful because the community has been behind the effort,” Bertolon said. “And they’re thriving institutions today.”

The group hopes that with its resources, community groups will use the venue as “the center of everything,” Siemasko said.

Cahill thinks they’re the owners to make it happen.

“It’s a dream team of local talent who have invested in the community,” he said. “They’ve got a lot of experience in all the different areas they need to, and they all know Beverly.”

The Cabot Theater will set the trend in the opposite direction, she predicted.

“I can’t wait until people see the marquee that says there’s a movie there on Friday,” Wallace said.

For more on The Cabot Theater, including its program calendar and ticket sales, visit its website at TheCabot.org.

BEVERLY — The show will go on for the long-empty Cabot Cinema.

Cabot Cinema under agreement to be sold

BEVERLY — For 35 years, Le Grand David and His Own Spectacular Magic Company sold an enterta…

Gainesville, GA - Chet died peacefully on Monday, October 26, 2020. Born in Peabody, Chet was a long time resident of Beverly where he and his wife, Myrtle, raised their two children. Chet served in the 82nd Army Airborne Infantry Division where he also played the trombone. Chet was an avid …