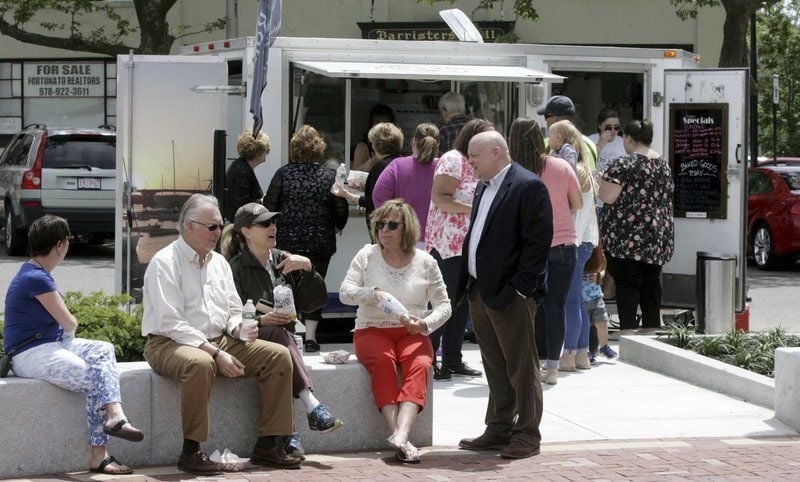 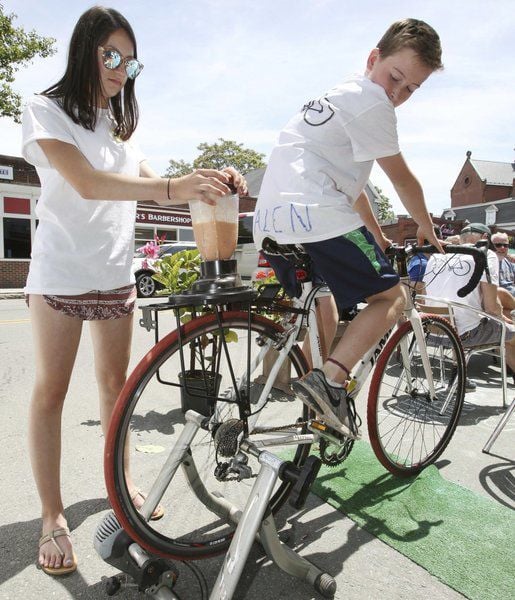 Ken Yuszkus/Staff photo Waring School students Catie Nemeskal, of Danvers, and Nick Van Alen, of Ipswich, make a smoothie in a blender powered by a bicycle on Cabot Street in Beverly. 6/8/17 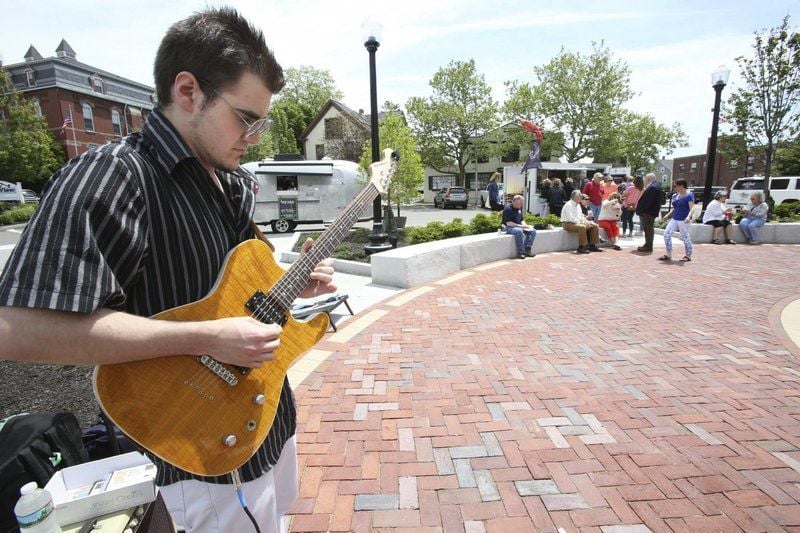 Ken Yuszkus/Staff photo Waring School students Catie Nemeskal, of Danvers, and Nick Van Alen, of Ipswich, make a smoothie in a blender powered by a bicycle on Cabot Street in Beverly. 6/8/17

With new bricks and benches, Ellis Square has a fresh look — one that's ready for a summer of food trucks parked alongside it and more live music.

The kickoff marked the end of a project years in the making; fundraising and money from the city's Community Preservation Committee contributed to the over $300,000 price tag.

Carla Orr and her son, Enzo, 5, enjoyed a lobster roll from the Joe's on a Roll truck as Hacksaw Harney played his electric guitar nearby.

"I'm excited," said Orr, whose family lives within walking distance of the square. "I think it's great to have as many public gathering spaces as we can."

Public spaces are important for "community building," she added.

On a bench nearby, Donald Cushing also enjoyed his lunch. Cushing said he's lived in Beverly since 1959 and he loves it.

"It's probably one of the most exciting cities around," he said.

While Cushing noted that there's a lot of construction happening in the city — new apartments on Rantoul Street, plus road work — Ellis Square is proof of how great the end result of a project can be.

Cushing added that he's also friends with a lot of people visiting the square.

"It's wonderful to be able to share all this stuff," he said.

Along with Joe's on a Roll, Fancy's Snoballs served flavored shaved ice treats from inside a silver food truck. Newcomers to the food truck scene, owner DeShay Boyd said Thursday was the truck's first day serving to the public — Fancy's usually did just private events before.

"It's been good," she said of business.

Fancy's and Joe's on a Roll plan to be at Ellis Square on weekdays throughout the summer as part of a new food truck initiative.

Farther down Cabot Street, students from the Waring School sat outside of Atomic Cafe in lawn chairs situated in what are typically two parking spaces.

A stationary bicycle with a blender attachment allowed them to make free smoothies for passers-by, but the greater mission of the event was to collect bicycle donations for their Bikes not Bombs initiative.

Through the program, the donated bicycles are fixed and sent to children and families in need throughout the world, according to Todd Balf, a member of the Beverly Bike Committee who works with the school on this event.

The school has received between 100 and 125 bikes, according to Jan Lindsay, the school's nurse.

Most of the bikes were collected before the Cabot Street event, but several were dropped off Thursday.

The school started the bike drive six years ago and it has received about the same amount of bikes every year since. There's usually a lot of interest in the drive, Lindsay said.

"A lot of it is our community supporting each other," she said.