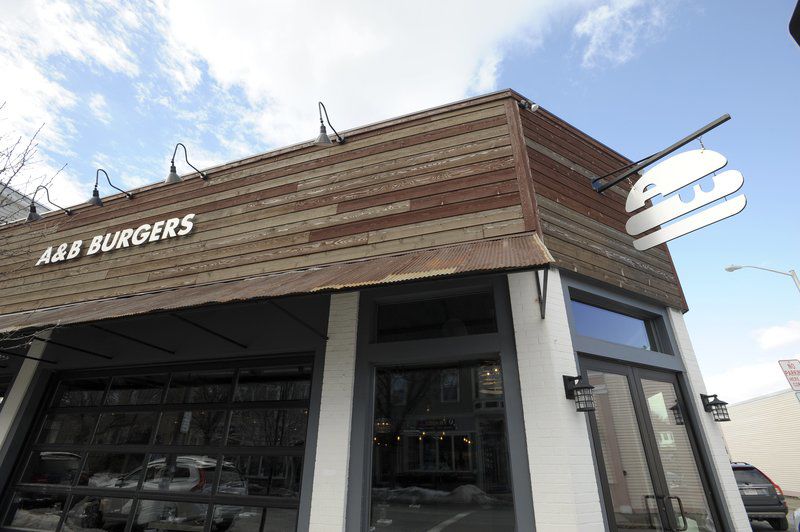 Restaurants such as A&B Burgers in Beverly could be reopen by June 8 under Phase 2 of the plan put out by Gov. Charlie Baker on Monday.Joseph Prezioso photo 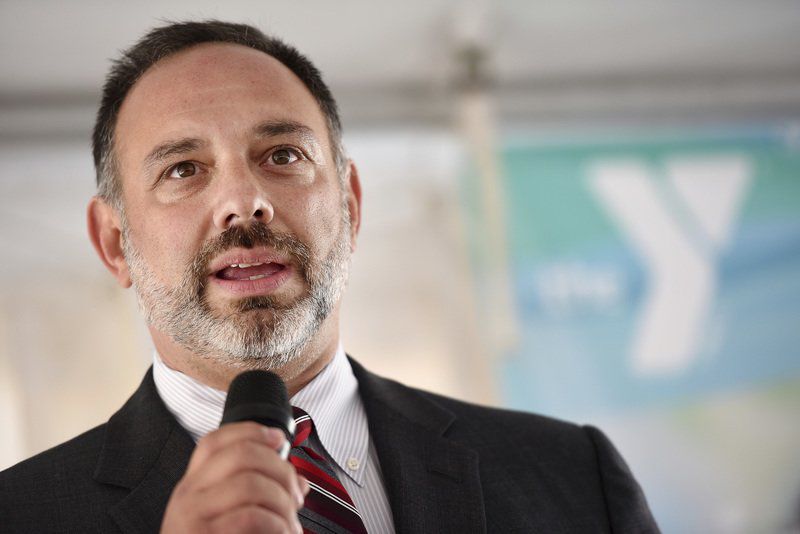 YMCA of the North Shore CEO Chris Lovasco said the Y will be ready to open its camps when deemed safe to do so, which at this point could be in early June.PAUL BILODEAU/Staff photo 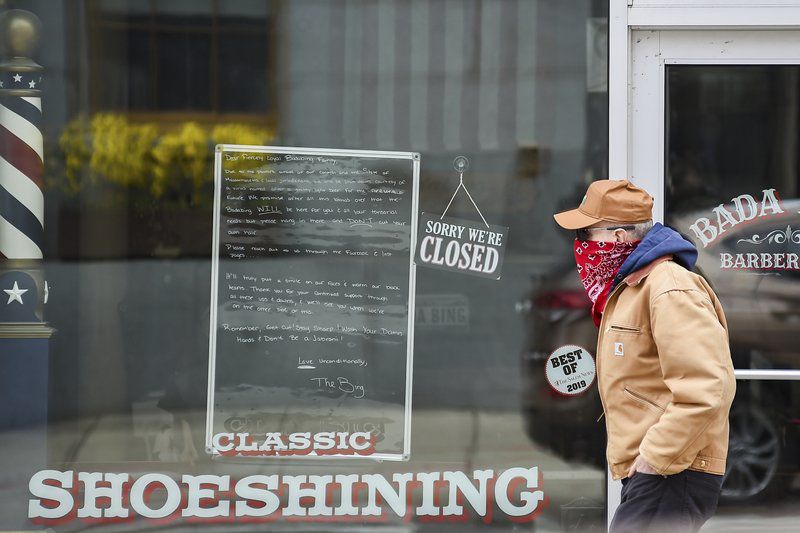 Hair salons and barbershops are among the businesses that will be allowed to open on May 25 as part of Phase 1, but the owners of Bababing Barbershop in Salem say they'll probably open their doors after that date. JAIME CAMPOS/Staff photo

Restaurants such as A&B Burgers in Beverly could be reopen by June 8 under Phase 2 of the plan put out by Gov. Charlie Baker on Monday.Joseph Prezioso photo

YMCA of the North Shore CEO Chris Lovasco said the Y will be ready to open its camps when deemed safe to do so, which at this point could be in early June.PAUL BILODEAU/Staff photo

Hair salons and barbershops are among the businesses that will be allowed to open on May 25 as part of Phase 1, but the owners of Bababing Barbershop in Salem say they'll probably open their doors after that date. JAIME CAMPOS/Staff photo

North Shore business owners on Monday reacted with a mixture of hope and trepidation to Gov. Charlie Baker's plan to reopen the state for business in four phases.

The business owners, many of whom have been shut down for months due to the coronavirus pandemic, said they looked forward to re-opening but were also hoping for more detailed guidelines.

"It's frustrating, but I guess it's the right thing to do," Thomas Holland, owner of A&B Burgers in Beverly, said of Baker's phased approach to re-opening. "Like all of us, they have to make sure we're doing it right."

Restaurants will be allowed to open during Phase 2, which could start on June 8. The state has yet to issue guidelines for restaurants, however. It convened a work group on May 18 to develop those rules.

Holland, who also owns an A&B Burgers in in Boston, said he anticipates that restaurants will only be allowed to open at 25 percent capacity, which for his Beverly restaurant would be about 30 people at a time.

Holland said he is trying to acquire plexiglass to use as protection for the host stand and bartender. He noted that A&B Burgers has the advantage of being able to open the garage door that forms the front of the restaurant, allowing for more fresh air. He's also hoping the city will approve outdoor dining on the sidewalk.

The restaurant staff will be wearing masks and gloves, and customers will have to wear masks until they are seated, Holland said. There will be hand-sanitizing stations throughout the restaurant. Only one person at a time will be allowed to use the bathroom.

"It's going to be a different feeling when you go to a restaurant," Holland said. "You may not be able to see our staff's smiles, but you're going to hear it in their voices."

Hair salons and barbershops are among the businesses that will be allowed to open on May 25 as part of Phase 1. But Lauren Lusardi of Badabing Barbershop and Shave Parlor in Salem, said her business will probably open after that date.

The state is mandating several safety standards for barbershops and hair salons, including spacing chairs at least six feet apart, requiring face coverings for all customers and workers, and taking customers by appointment only.

"Rearranging the shop to meet the guidelines to provide a safe experience for our customers as well as us, and even entertaining the idea of switching to accept credit instead of cash, takes time,” Lusardi said.

Sara Kurpeski, owner of the Moon Baby Hair Salon in Salem, said she wasn't expecting hair salons to be included in Phase 1 and is still trying to get personal protective equipment.

"My employees are pretty scared to come back so early, so I'm not sure when we're going to reopen," she said.

Places of worship can reopen immediately under Baker's plan. But Rabbi David Meyer of Temple Emanu-El in Marblehead said its plan is to "emphasize caution over haste."

A temple reopening task force, made up of some members of the medical advising team, is looking at ways to reopen safely. It is considering such issues as what happens to the dynamics of the musical service if everyone is wearing masks, and the fact that many of the regular congregants on Friday nights are over the age of 65, putting them at a greater risk of the more serious health effects of COVID-19.

Meyer and music specialist Jon Nelson have been streaming services on Facebook Live from an empty sanctuary, with pictures of members placed on the pews. The intent is to have staff come back to the temple to work in staggered hours, the rabbi said.

"This is going to be a lengthy process," Meyer said.

Phase 1 allows retailers to offer curbside pickup and delivery only as of May 25. Phase 2 allows for restricted browsing inside showrooms. But it's not known when the Northshore Mall or the Liberty Tree Mall may reopen, after they shut down in March amid the pandemic.

A statement from Simon Property Group, which owns and operates the two malls, said only that Simon "will comply with all state and local orders and only open properties when permitted to do so."

Summer day camps will be allowed to open during Phase 2, and YMCA of the North Shore CEO Chris Lovasco said the Y will be ready to open its camps at that time.

The state said it will release guidelines for summer camps in the coming weeks. But Lovasco said national guidelines, created by the YMCAs of the United States and the American Camp Association, have already been issued.

Those guidelines include maintaining small group sizes, limiting mixing of groups, and restricting large gatherings. Lovasco said the Y is waiting for specific guidelines regarding face-coverings.

Childcare centers, other than those being used by emergency workers, will not be allowed to reopen until at least June 29, said Stephen Markarian, who along with his wife owns and operates Caterpillar Clubhouse Childcare & Preschool in Beverly.

Markarian said his business cares for about 65 children on a regular day. He doesn't know how many will be allowed when it reopens, since the state has yet to issue guidelines.

Markarian said he and his wife, who have three children, have had no income since being forced to shut down. But he said they do plan to re-open.

"We're definitely going to make a go of it," he said. "This is what we do for our living. We have a lot of families who rely on us."

Granite Coast Brewing co-owner Jeff Marquis said it appears the Peabody taproom will not reopen until Phase 3, which is when bars are slotted to reopen. He said the brewery is hard to categorize because it is a hybrid business as a taproom and a brewery.

Granite Coast continues to offer pickup, walk-in and delivery service of cans and growlers. Even after the taproom is allowed to reopen, Marquis said he and his business partner, Rob Dunn, plan to wait a week "until we can be sure we can open safely."

Manufacturers are allowed to open immediately under the new plan, but Salem Metal Inc. in Middleton never shut down. President and CEO Jason Vining said his metal fabrication company was deemed an essential business because it makes metal parts for medical devices.

Vining said the company has taken steps to prevent the spread of the coronavirus at its new, cavernous 75,000-square-foot manufacturing plant, including restricting access to essential visitors, providing personal protective equipment to employees, and performing extra cleaning.

Destination Salem Executive Director Kate Fox said she was encouraged that the state has formed a restaurant, hospitality and tourism working group to evaluate the correct path forward.

“We just have to remind ourselves that this is all data-driven,” Fox said, “and it depends on the status of the public health crisis, and we have to get through it safely and cautiously.”

Fox said the strategy behind a slow rollout — four phases, three weeks each at minimum — is “important, and really hard.”

“This is a really challenging time, because we’re having to choose — really, make hard decisions — between livelihoods and lives and public health,” Fox said. “You can’t underestimate the challenges that are out there for the business community and our residents.”