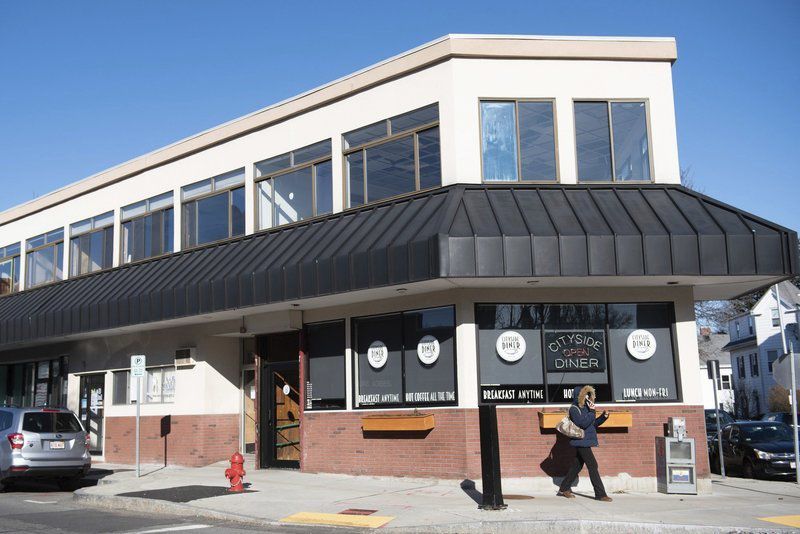 In downtown Beverly on Cabot Street, the Cityside Diner building plans to redevelop the building to include dorms on the second floor for Montserrat College of Art. RYAN MCBRIDE/Staff photo 1/17/20 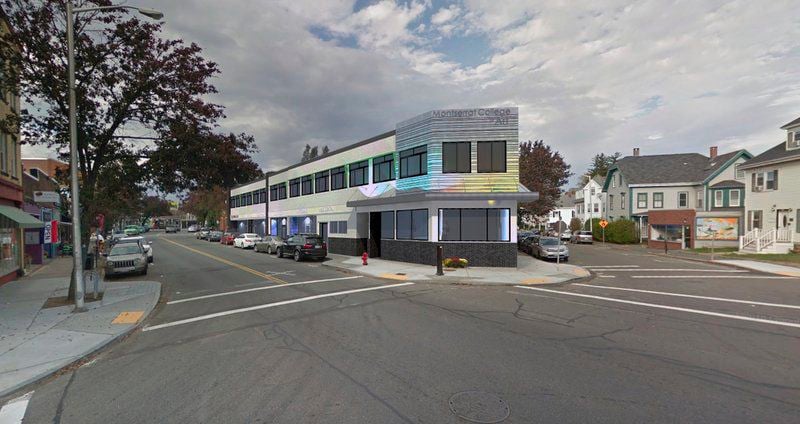 A preliminary rendering of a plan for new Montserrat College of Art dormitories on the second floor of 275 Cabot St. in Beverly. The current businesses on the first floor would remain.

In downtown Beverly on Cabot Street, the Cityside Diner building plans to redevelop the building to include dorms on the second floor for Montserrat College of Art. RYAN MCBRIDE/Staff photo 1/17/20

A preliminary rendering of a plan for new Montserrat College of Art dormitories on the second floor of 275 Cabot St. in Beverly. The current businesses on the first floor would remain.

BEVERLY — A developer is planning to renovate a key downtown corner to include new dorms for Montserrat College of Art.

The corner at 275-283 Cabot St., is home to several businesses, including Cityside Diner, in three connected two-story buildings. The businesses will remain on the first floor and the second floor will be turned into eight dorm-style suites for 42 students, according to developer Peter Lutts.

"I think it's really going to be great for the college as well as really beneficial for the downtown," Lutts said.

Lutts bought the building for $2.67 million in 2018 and approached Montserrat College of Art about the idea of building new dormitories. College President Kurt Steinberg said the college was looking for new dorm space and called 275 Cabot a "prime spot."

"When Peter came to us with the proposal he had me within five minutes," Steinberg said. "I think it's going to give us a nice increased, visible presence on Cabot Street, which has been our home for a number of years."

Steinberg said the college is not looking to grow enrollment. He said the new dorms will replace some existing dorm beds in other locations and will be a net increase of about 18 new beds.

"We're a small college by intention," he said. "Dramatically increasing the enrollment of the school would change who the school is and what it has been for 50 years."

Steinberg said Montserrat will rent the dorm space under a 20-year lease with Lutts, allowing the college to know its rent schedule for the foreseeable future.

"It allows us to start to control costs for our students," he said. "This is a move for us to sort of secure affordability as real estate goes up in Beverly."

Montserrat is also planning to open an art gallery on the first floor of the building that will be open to the public. Steinberg said the gallery and the dorms will provide a link between the rest of the college campus and its gallery at 301 Cabot St.

Montserrat College has an enrollment of about 370 students. It has dorm space in 13 buildings that the college owns or leases in the downtown area, with an average of about 285 beds in any given year. Steinberg said there are no firm plans to move out of any of the current locations. He said the new dorms will provide flexibility for the college to do maintenance on its current dorms.

The project, which Lutts said will cost $1.8 million, will be the latest change to the downtown, and in particular to that corner at the intersection of Cabot, Pond, Knowlton and Winter streets. A micro-hotel opened last year across the street in the former Brown's Bicycle building. Lutts is also building 11 apartments above the Atomic Cafe on another corner of the intersection.

"I'm excited about what it's going to do for downtown Beverly," Lutts said. "Montserrat College and Cabot Cinema are two huge factors in Beverly's downtown. All of us who are invested in the downtown need to keep those entities strong and moving forward."

The second floor of the building where the dorms will be built is former office space and is unoccupied, Lutts said.

He has applied for state historic rehabilitation tax credits for the project, which he is calling Collins Corner in a nod to the historic name for the block. According to the application, the building is located in an area that has been recommended for listing in the National Register of Historic Places, and the oldest portion of the building dates to 1900. The application said the project is eligible for more than $420,000 in state historic tax credits.

Lutts is also planning to apply for federal historic tax credits. He said the project, however, is not contingent on getting the credits.

"The whole building will get a different look," he said. "We're going to try to take it back to the old Collins Corner look. It's basically a renovation of that whole building. It's lost its character. It's really not an attractive building right now."

Lutts said construction should start in a month or so. The scheduled completion date is May 2021.