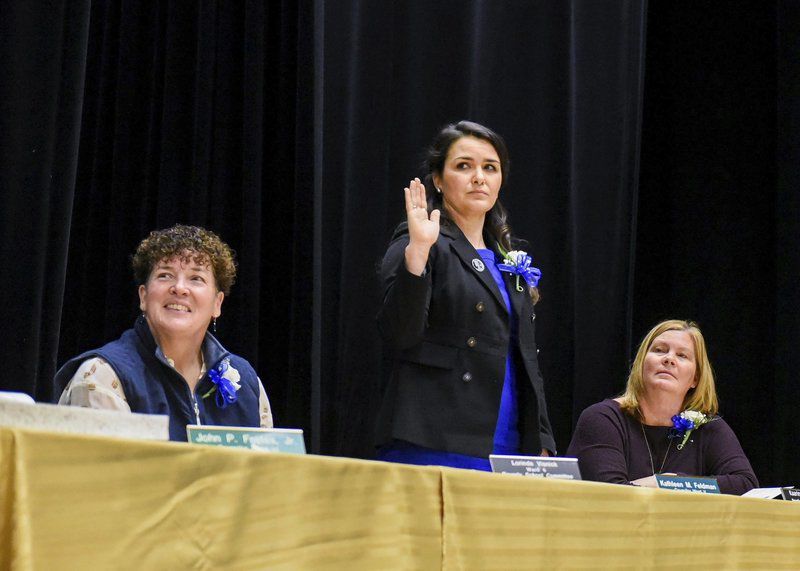 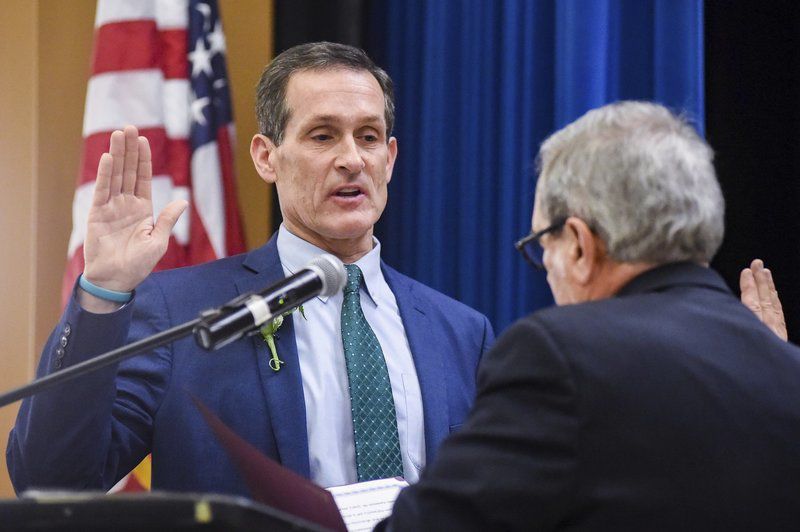 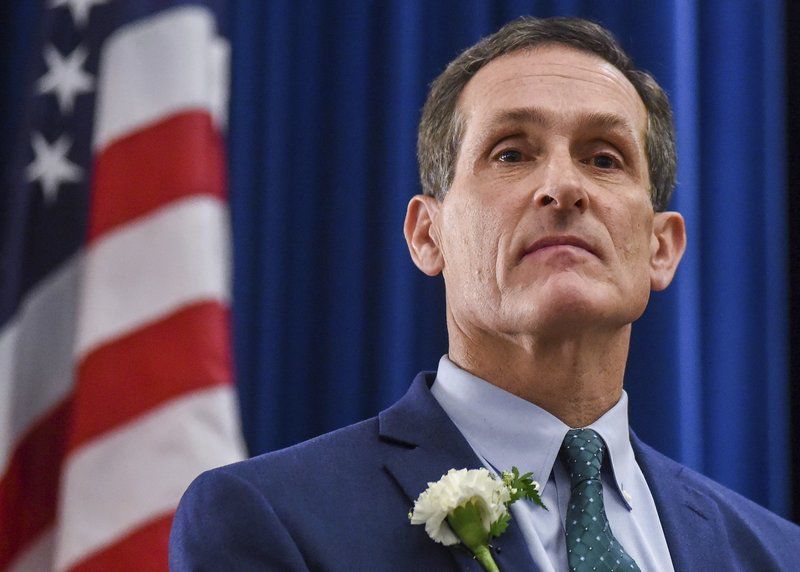 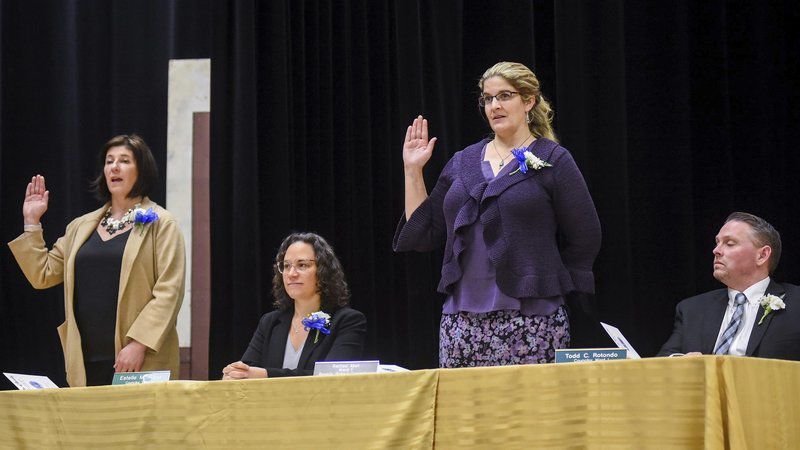 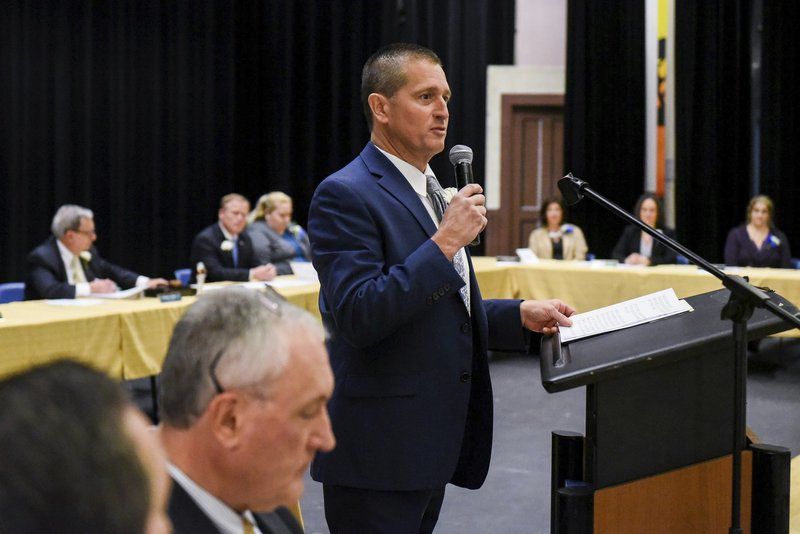 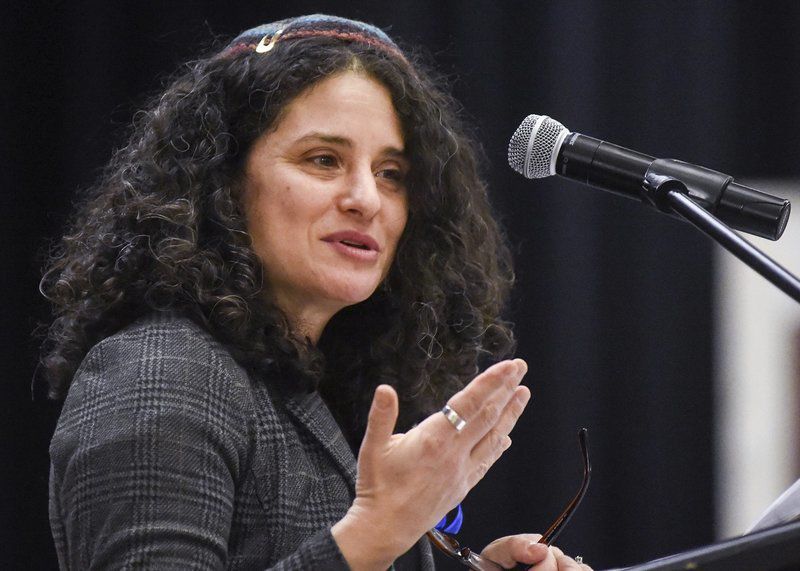 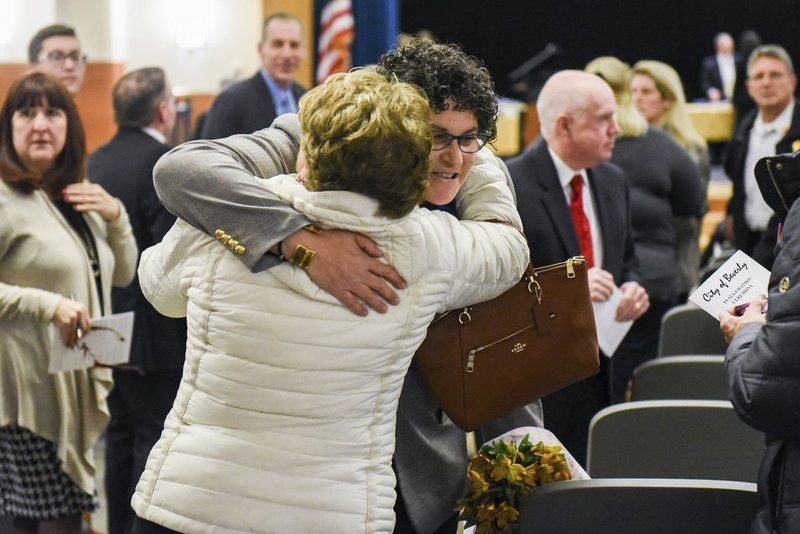 JAIME CAMPOS/Staff photoNew Ward 3 City Councilor Stacy Ames hugs one of her supporters Monday during an inauguration ceremony at the Beverly High School. 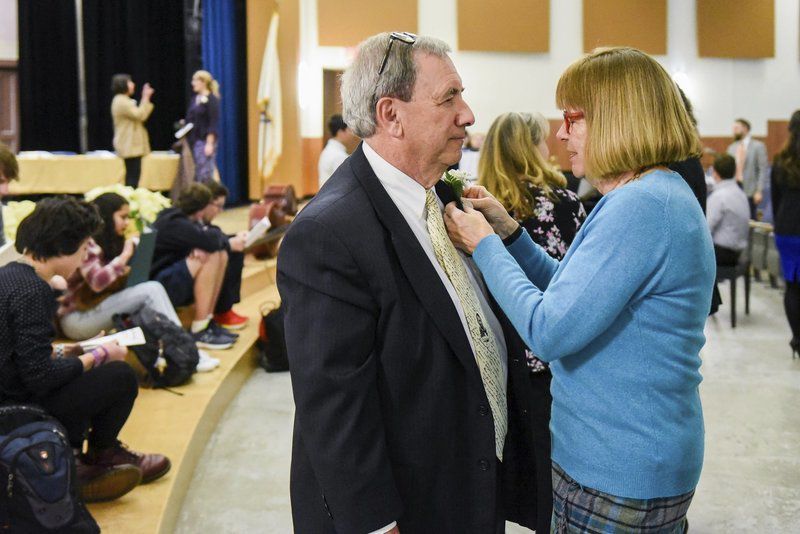 JAIME CAMPOS/Staff photoCity Clerk Wes Slate, left, holds still as his wife, Georgia Bills, pins a flower on his jacket for the ceremony. Slate is retiring later this month. 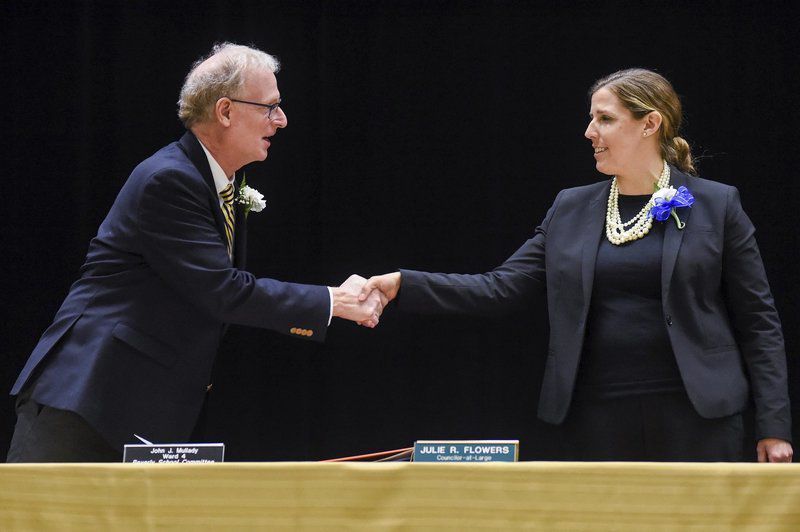 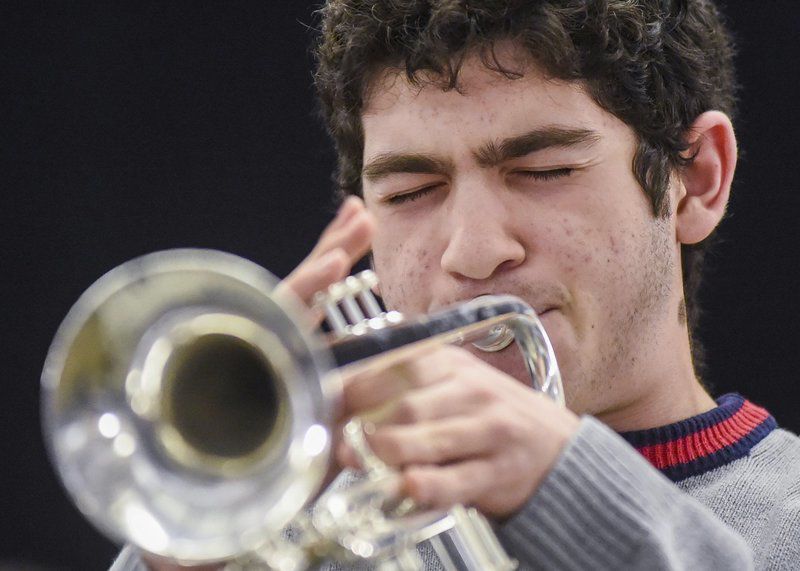 JAIME CAMPOS/Staff photoNew Ward 3 City Councilor Stacy Ames hugs one of her supporters Monday during an inauguration ceremony at the Beverly High School.

JAIME CAMPOS/Staff photoCity Clerk Wes Slate, left, holds still as his wife, Georgia Bills, pins a flower on his jacket for the ceremony. Slate is retiring later this month.

BEVERLY — Mayor Mike Cahill used his inaugural address on Monday to announce plans to help tackle a problem that extends well beyond the borders of Beverly.

Citing recent speeches by United Nations Secretary-General Antonio Guterres and German Chancellor Angela Merkel on the impacts of global warming, Cahill said the city has an obligation to address the issue at the local level.

"It is understandable to ask what impact we can make, as local leaders in one small city on the North Shore of Massachusetts," Cahill said during inauguration ceremonies at Beverly High School. "The reality is that we do matter. Because this world is made up of cities and towns, large and small. We all burn fossil fuels and emit greenhouse gasses, and we all need to do our part."

Cahill said the city has made progress in reducing greenhouse gas emissions, including the purchase of its first electric vehicles for the city fleet, plans for an electric school bus, and the start of construction of a solar array on the city's former landfill.

"However, the need for action is much greater," he said.

About 200 people attended the inauguration ceremony that included the swearing-in of Cahill as well as city councilors and School Committee members.

Five of the officials were being sworn in for the first time — city councilors Stacy Ames, Kathleen Feldman and Todd Rotondo, and School Committee members Kimberley Coelho and Kaarin Robinson.

Cahill, who ran unopposed and is starting his fourth term as mayor, touched on only a couple of issues facing the city in his speech, noting that he will deliver a more comprehensive State of the City address in the coming weeks.

Cahill said the city hopes to have a new master plan, the city's first since 2002, finalized by this spring. The plan would address in part the concerns that have been expressed by many people about the pace of development in the city.

"It is a good thing that so many people want to invest in our great city," he said. "We want to encourage this, as this is not the case in every community. These investments and creation of new economic value are critical. Our challenge continues to be to work together with all willing partners, and to evaluate the appropriateness of all proposals."

Ed Cahill, the mayor's brother, served as master of ceremonies for the inauguration. The BHS Jazz Band provided music, the BHS Vocal Ensemble sang the national anthem, and the BHS ROTC Color Guard presented the colors.