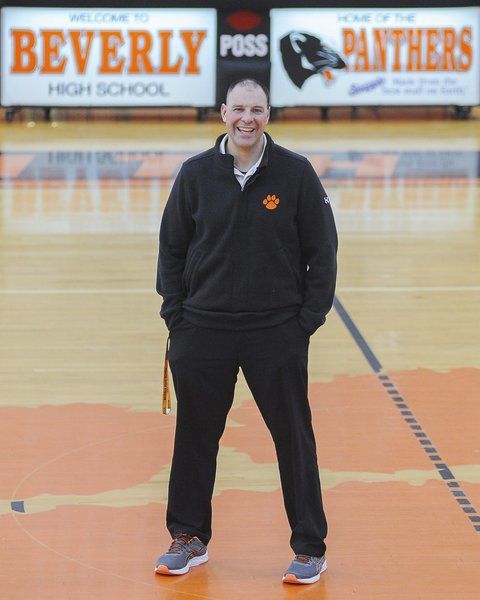 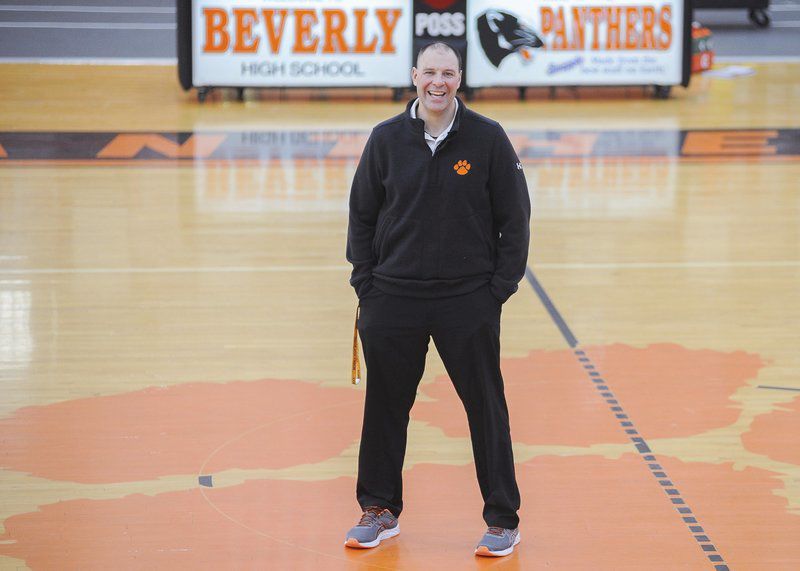 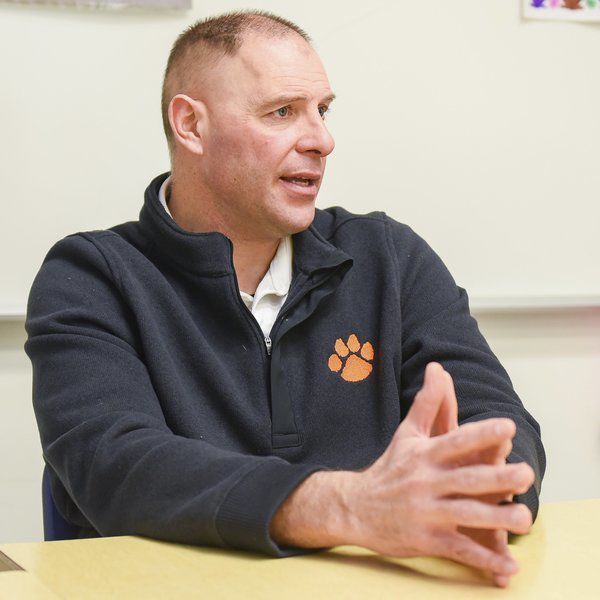 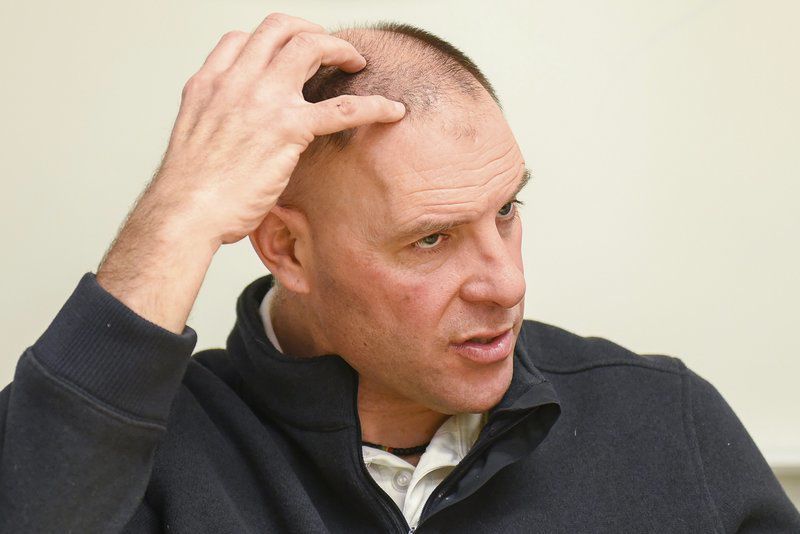 JAIME CAMPOS/Staff photoBen Goodhue points out the area where a tumor was removed from his brain. He shares his story with students as a way of explaining the benefits of physical fitness, which doctors said helped him to survive his illness.

JAIME CAMPOS/Staff photoBen Goodhue points out the area where a tumor was removed from his brain. He shares his story with students as a way of explaining the benefits of physical fitness, which doctors said helped him to survive his illness.

BEVERLY — On the first day of Ben Goodhue's physical education and wellness classes, he likes to show students the "mask."

For six weeks, five days a week, Goodhue wore a mask to stabilize his head while undergoing radiation treatment for brain cancer. He survived the ordeal thanks in part to his physical conditioning, his doctor told him.

"I show them the mask and I tell them, 'This is why our department is important,'" he said. "I talk to them about how I'm living proof of how physical education is beneficial."

Goodhue's battle with cancer is well-known in Beverly, but his perseverance is now getting wider attention. The Massachusetts Association for Health, Physical Education, Recreation & Dance this past Monday selected Goodhue as physical education teacher of the year for Massachusetts.

In a letter of recommendation for the award, parent Carol Augulewicz said Goodhue exemplifies for students how "hardships can be met with fortitude and grace."

"There were no easy solutions, and lots of sacrifices, but Ben returned to the classroom after a short leave of absence for his treatments, and his students were the happiest for him to return," Augulewicz wrote.

Goodhue, now 43, was diagnosed with glioblastoma, a rare form of brain cancer, in December 2017. At the time, his wife, Sarah, was pregnant with their first child, now 19-month-old Maggie.

In a 12-hour surgery at Brigham and Women's Hospital in Boston, doctors removed a part of Goodhue's skull and took out the tumor. He underwent six weeks of radiation treatment, getting rides into Boston from family and friends from Monday through Friday. To compound matters, he suffered a stroke during his recovery and also needed two months of physical and speech therapy.

Goodhue said he is fully recovered and needs to be checked for a recurrence of cancer cells only once a year. He said doctors have attributed his recovery to three factors — his age, his physical conditioning, and his work ethic.

"My well-being and my health and my physical activity level helped me to survive this," he said. "I try to give that message to the kids right on the first day."

Goodhue grew up in Gloucester, where his father worked for the public schools for 35 years in the facilities department. Goodhue earned a master's degree in teaching at Union College and started out as an eighth-grade language arts teacher in Danvers. He went to Springfield College for a second master's degree while serving as a graduate assistant coach for the football program.

After teaching physical education for six years at the middle-school level in Reading, Goodhue came to Beverly High School in 2007, where he currently teaches three sports introduction classes and two fitness courses. He also coaches football in Marblehead and is an adjunct professor at Salem State University.

Rather than traditional sports like football and basketball, Goodhue said he is teaching international sports such as tchoukball, a form of team handball, and nitroball, a volleyball-like game.

"When I was growing up, it was always 12-on-12 softball games in the spring with your teacher," he said. "I don't believe in that because I feel like a lot of kids get lost in the shuffle. Usually the kids who play softball or basketball or football dominate in class. But if you teach things like tchoukball or nitroball or cricket, it puts everybody on a level playing field and it allows students to learn to work cooperatively."

In his wellness classes, Goodhue said, he has been focusing on the opioid crisis and how easily the adolescent brain is affected by drugs.

"It's kind of eye-opening," he said. "The kids really get that message."

Goodhue, who now lives close enough to Beverly High to walk to school, said he has been fortunate to be surrounded by caring colleagues and engaged students.

"We live in a great city with great people and a great school system," he said. "I've been very blessed."