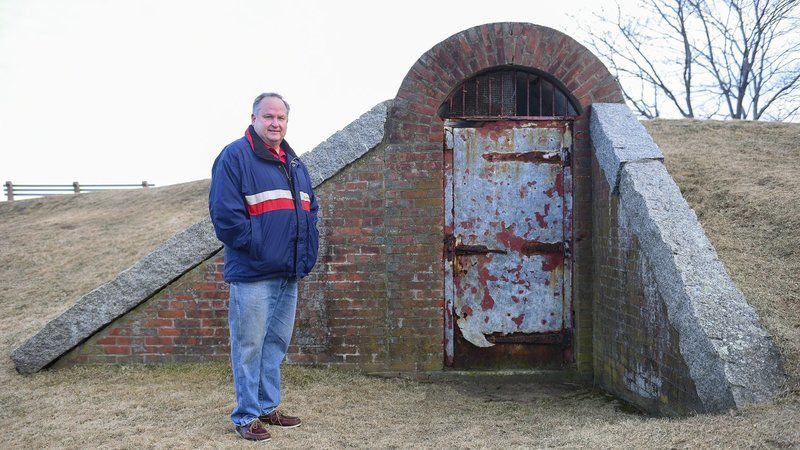 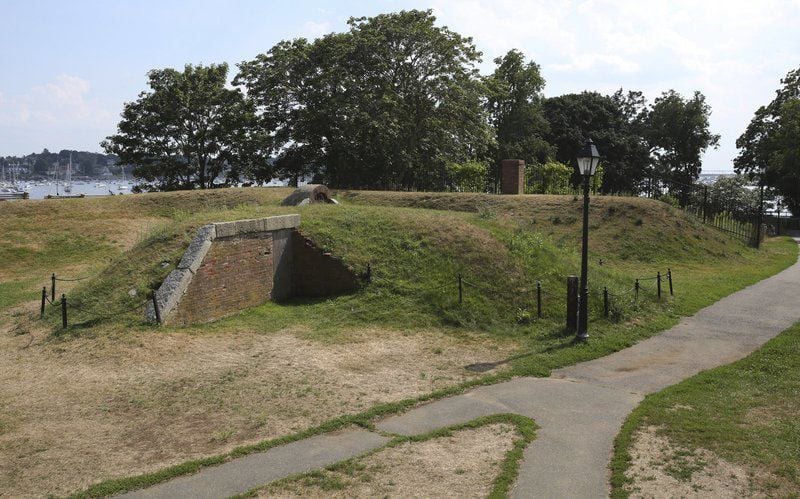 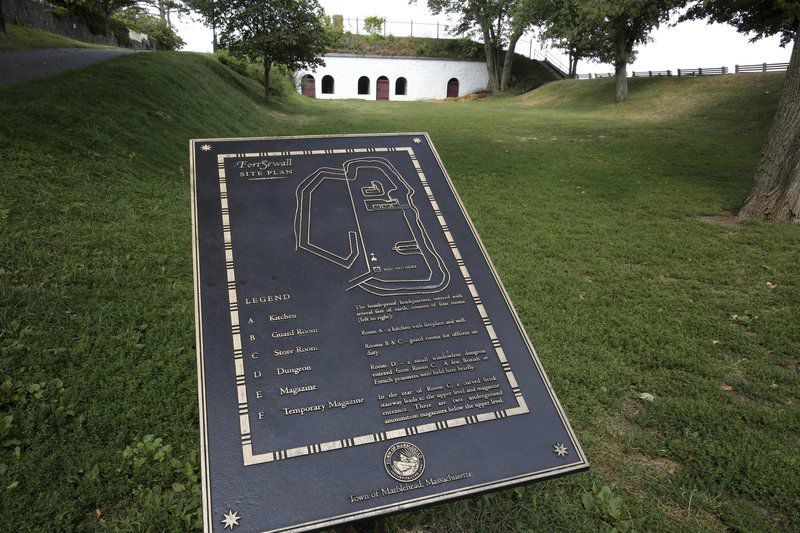 KEN YUSZKUS/Staff photo The plaque with the site plan is in the foreground at Fort Sewall in Marblehead. 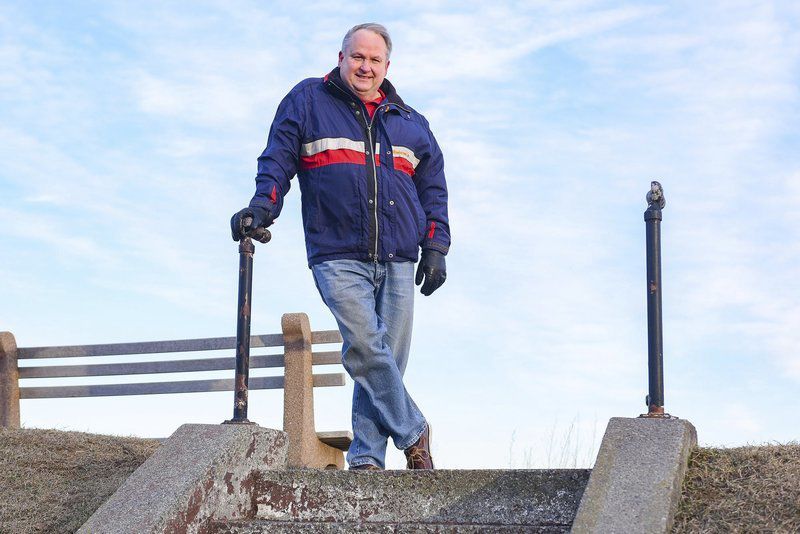 JAIME CAMPOS/Staff photo Larry Sands, chairman of Fort Sewall Oversight Committee, shows one of the many restoration projects such as the safety railings at Fort Sewall in Marblehead. 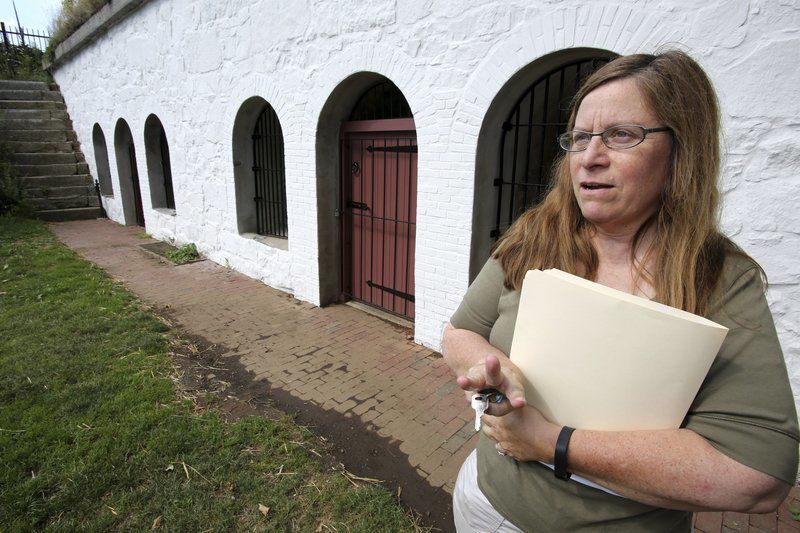 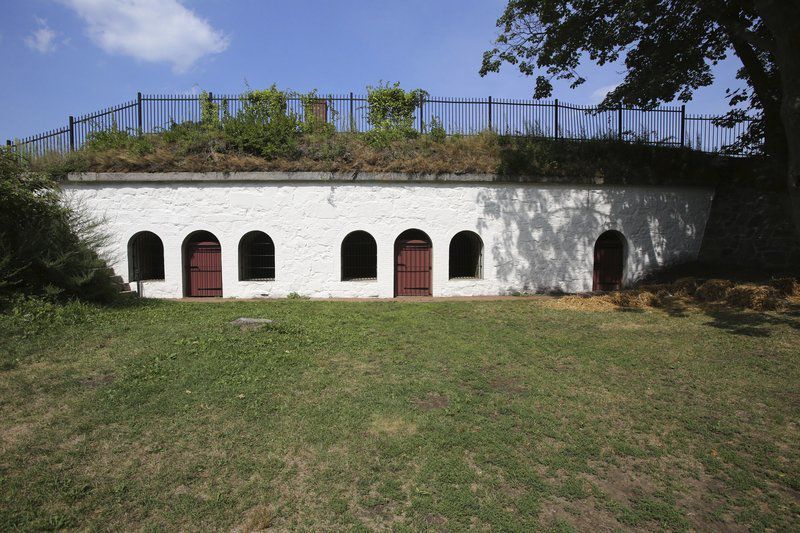 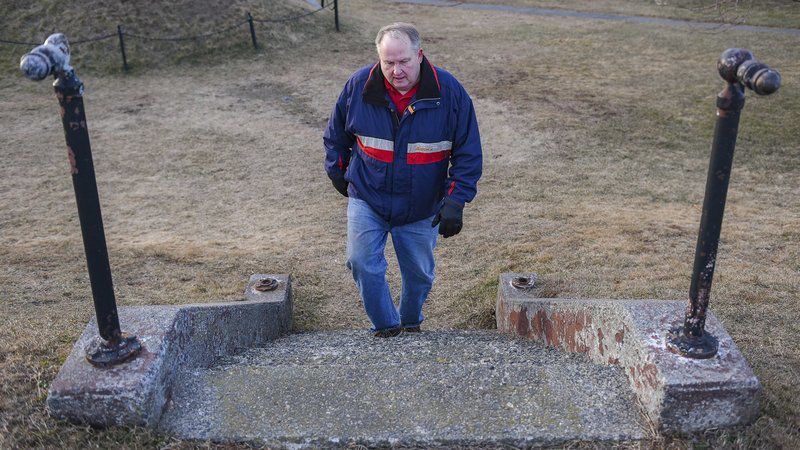 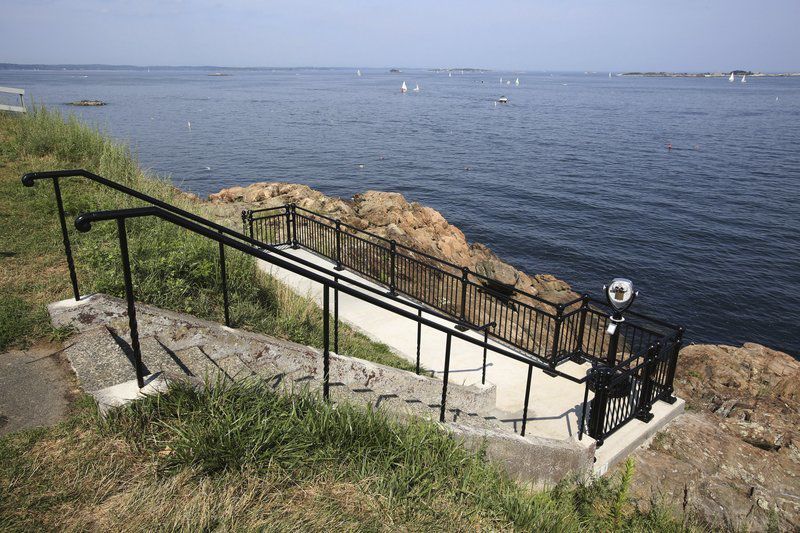 KEN YUSZKUS/Staff photoThe new railing and concrete was part of phase one renovations at Fort Sewall in Marblehead. 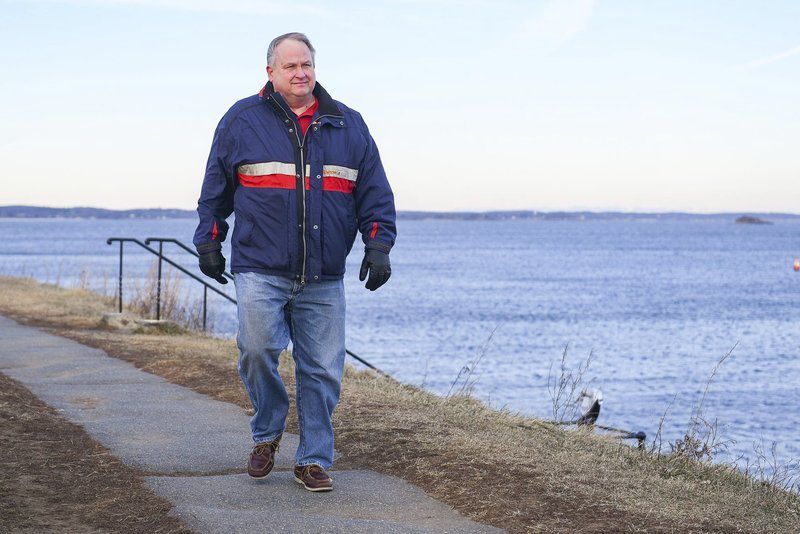 JAIME CAMPOS/Staff photo Larry Sands, chairman of Fort Sewall Oversight Committee, plans on installing chain barriers along walkways next to the water to increase safety at Fort Sewall in Marblehead.

KEN YUSZKUS/Staff photo The plaque with the site plan is in the foreground at Fort Sewall in Marblehead.

JAIME CAMPOS/Staff photo Larry Sands, chairman of Fort Sewall Oversight Committee, shows one of the many restoration projects such as the safety railings at Fort Sewall in Marblehead.

KEN YUSZKUS/Staff photoThe new railing and concrete was part of phase one renovations at Fort Sewall in Marblehead.

JAIME CAMPOS/Staff photo Larry Sands, chairman of Fort Sewall Oversight Committee, plans on installing chain barriers along walkways next to the water to increase safety at Fort Sewall in Marblehead.

The Fort Sewall Oversight Committee kicked off a fundraising drive in December, seeking funds to restore the historic site, built in 1644. Money raised will help pay for internal structural work at the fort, ADA compliant ramps leading up to the ramparts, handrails and other safety upgrades. Markings where cannons stood will also be added to the site, as well as one reproduction cannon built to resemble those that would have been at the fort during the War of 1812.

The Fort Sewall Donation Fund will also support maintenance at the site and a summer internship program at Fort Sewall for a student fort ranger. The intern will act as an informational guide for visitors during the summer, leading people through the fort and sharing its history.

"We want to be able to open the inside of the fort so people can see," said Larry Sands, chairman of the oversight committee.

Once the inside of the fort is restored, it will be furnished to reflect the way it would have looked during the War of 1812, he said.

The restoration is years in the making. McKinley, Kalsow, and Associates and Structures North Construction Engineers put together a plan for the effort in 2014. Grants totaling $24,700, from the Massachusetts Historical Commission and a matching grant from the Curtis Coffin Fund, paid for the plan.

Then, the oversight committee won $285,000 in grants, from the Massachusetts Preservation Project Fund and the Curtis Coffin Fund, to pay for much needed masonry work at the fort, according to Town Planner and oversight committee member Rebecca Cutting. The money also paid for safety upgrades on site, such as new fencing, she said.

The fort was named after Massachusetts Chief Justice Samuel Sewall in 1814. According to the Essex National Heritage Area's website, Sewall was a benefactor of Marblehead before and after the Revolution.

It's estimated that the fort has 50,000 visits annually.

The committee is looking to fund the restoration through equal part private donations, grant funding, and a contribution from the town, according to Sands. Grant applications have already been sent out, he said, and the committee intends to submit an item to the spring Town Meeting warrant seeking approval for a town contribution. Nearly a third of the cost of the plan has already been raised by public donations, he said. Although the fundraiser went public in mid-December, the committee began calling residents and collecting private donations in June, according to Cutting. So far, the group has raised $315,000 in private donations.

Cash-pledges can be paid over a couple years until 2021, when the committee plans on completing work on the site. The goal, Sands said, is for the work to be complete by 2022 to celebrate the 100th anniversary of the day the federal government gave the fort to the town, in 1922.

"We're excited about this program," Sands said. "Fort Sewall is a very popular spot in town. I think it will be great to improve the experience for people that come to visit."

Bette Hunt of Orange Street, a lifelong Marblehead resident, has already donated to the fundraiser. She said the fort "is an important site."

"It's one of the oldest forts in the country and it has not had a lot of tender love and care recently," Hunt said. "It needs to be refurbished, restored, and why not give? It's an important thing to do."

"A lot of people like to go there," she added. "Not just Marbleheaders, but visitors...It's a beautiful site. People have enjoyed that place for centuries and people will be able to enjoy it now."

Selectwoman Judy Jacobi has also donated to the fundraiser, as a private citizen in memory of her husband, Gene.

"What excited me...I've been a selectman for almost 20 years," Jacobi said. "This to me is a perfect example of a partnership with the town paying for some, grants paying for some, and private donations. It's been very heartwarming to see how many people love Fort Sewall."

Donors who contribute $1,000 or more to the fund will be recognized on a plaque in the fort. Donations and pledges of all sizes will also be recognized in a Fort Sewall Commemorative book and public ceremonies.

Private donations to the Fort Sewall Donation Fund can be made by check and pledges can be made to the Selectmen’s Office at Abbot Hall, 188 Washington St., Marblehead, MA 01945. Checks should be made out payable to Town of Marblehead and note FSDF on the memo line.