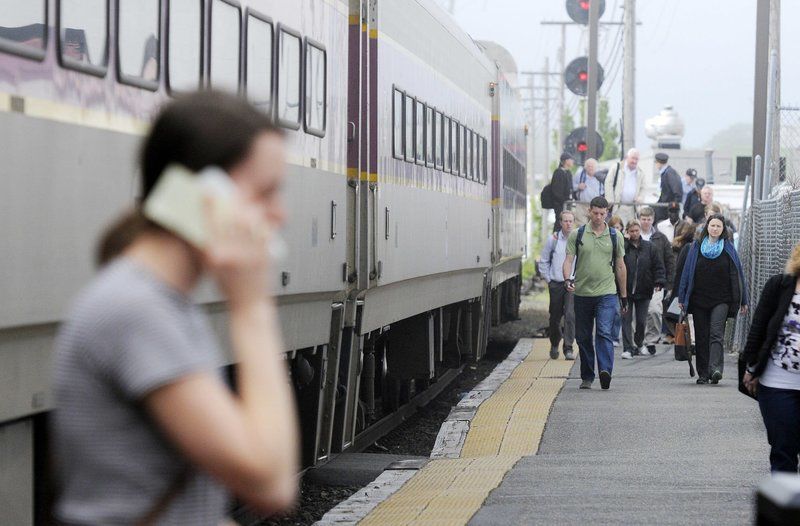 PAUL BILODEAU/Staff photoCommuters exit trains at Beverly Depot on Wednesday afternoon. The MBTA will be holding community meetings next week in Beverly, Gloucester and Newburyport to inform riders of plans to mitigate problems. 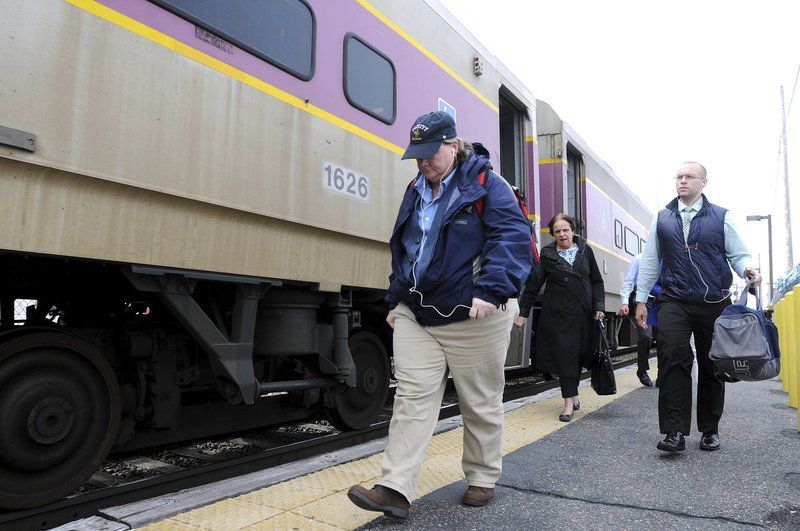 PAUL BILODEAU/Staff photoCommuters exit trains at Beverly Depot on Wednesday afternoon. The MBTA will be holding community meetings next week in Beverly, Gloucester and Newburyport to inform riders of plans to mitigate problems.

Train commuters at risk of being left stranded by service shutdowns this summer will be offered bus rides to help them get to their destination, the state announced this week.

Officials with the state's Department of Transportation will host meetings throughout the region next week to unveil details of the plan, made necessary by two separate work projects.

From July 17 to Aug. 13, weekday train service will be shut off for all Newburyport- and Rockport-bound trains beyond the Salem MBTA garage, as the state makes upgrades to the rail bridge between Beverly and Salem.

To address this, free bus shuttles will run in communities north of Salem, taking commuters throughout the commuter line to the Witch City to get to the train, according to early details released yesterday by the MBTA.

Meanwhile, weekend train service will be shut down completely between July 8 and Sept. 30, as the MBTA makes federally mandated safety upgrades along the tracks. Bus service will replace trains during this time.

More information on the plan will be available at public meetings next week in Beverly, Gloucester and Newburyport.

"I'm very pleased with the way this has turned out," said state Rep. Paul Tucker, D-Salem. "The MBTA has done as comprehensive a job as they could under the circumstances. It isn't going to be a flawless situation, and it won't move people quickly — but you have to remember, the alternative was 'not doing anything.'"

State Sen. Bruce Tarr, R-Gloucester, said aggravated riders have "made tremendous progress, and I'm very appreciative of the effort that has gone into this to get the MBTA's attention and seek a plan."

But the work isn't over.

"There's still some details we're trying to work out on passes, and which ones will be available to folks," Tarr said.

There's also a lack of information at this point, which Tarr said "can be improved upon substantially."

"We're hoping, by June 5, to have the bus schedules in place so we can let people know at least a month ahead of time so they know what to expect," he said.

Regardless of how a commuter feels about the shutdowns and impending options, there's a larger moral to the story, Tarr said.

"This experience proves how important it is to have public participation," he said. "The meeting we had in Gloucester and the subsequent one in Beverly really provided an opportunity for people to emphasize how important it was to have a mitigation plan. It may not be perfect, but it'll be substantially helpful to folks, and significantly better than what we otherwise would've had if everybody chose not to get involved."