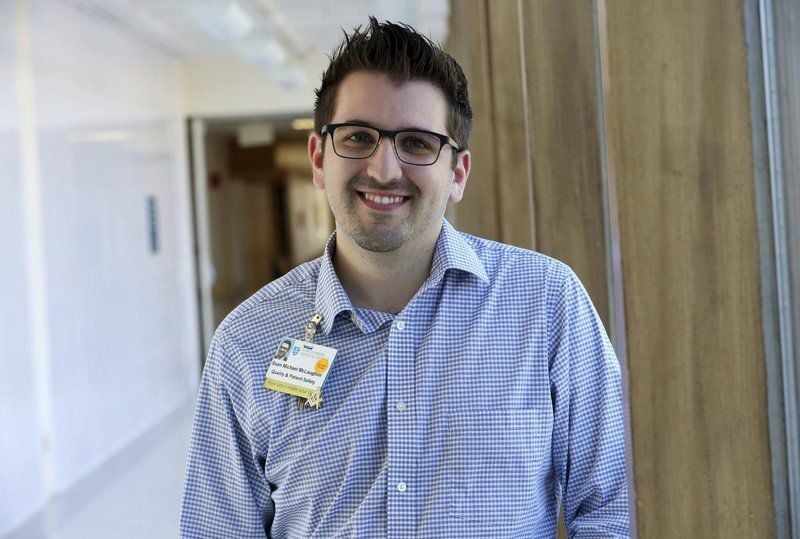 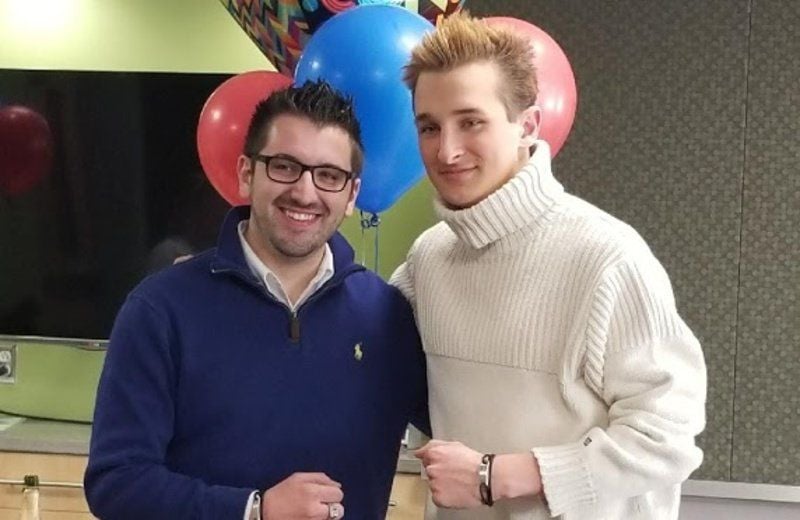 Courtesy photoBone marrow donor Sean McLaughlin of Salem, left, got the rare chance to meet his recipient, Jackson Taylor of Toronto, Canada, in January at the National Institutes of Health Clinical Center in Bethesda, Maryland. Taylor had been battling Hodgkin lymphoma before he received the bone marrow. 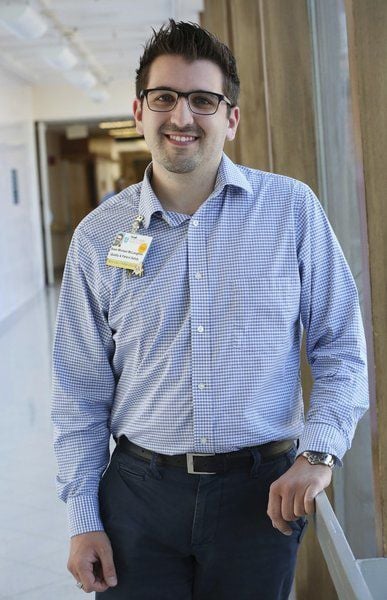 Courtesy photoBone marrow donor Sean McLaughlin of Salem, left, got the rare chance to meet his recipient, Jackson Taylor of Toronto, Canada, in January at the National Institutes of Health Clinical Center in Bethesda, Maryland. Taylor had been battling Hodgkin lymphoma before he received the bone marrow.

SALEM — When Sean McLaughlin had his cheek swabbed during a bone marrow drive in 2014, he had no idea the decision would save a Toronto teenager's life more than two years later.

After becoming part of a donor registry, McLaughlin, 24, of Salem, learned in September 2016 that he might be a match for someone in need of a bone marrow transplant. Several rounds of tests confirmed it, and a couple of months later, McLaughlin traveled to a Washington, D.C., hospital to give his bone marrow to someone he had never met.

Anonymity is an important part of the donor process for those who are unrelated. But in January, McLaughlin finally met the recipient, Jackson Taylor, in what McLaughlin described as a tear-filled meeting at the National Institutes of Health Clinical Center in Bethesda, Maryland, where Taylor's transplant surgery took place.

Taylor, now 18, had been battling stage 3 Hodgkin lymphoma, a type of cancer that affects the immune system. The transplant would rid him of the disease.

'There at the right time'

McLaughlin, a quality data analyst at Salem Hospital, became a registered donor through a bone marrow registry drive at the Northshore Mall for a Peabody family looking for a match. The drive was sponsored by Be The Match, which operates the nation's largest stem cell and bone marrow registry.

He had to fill out a questionnaire and endure a quick cheek swab. McLaughlin, who was 19 at the time, said he was "just there at the right time."

Two years later, after undergoing months of blood and genetic tests and physicals, McLaughlin was flown down to Georgetown University Hospital in Washington, D.C., to make the donation. The procedure, which left him sore but with no lasting effects, harvested bone marrow from both sides of his hip bones.

Little did McLaughlin know that at the time, Taylor was just 10 minutes away, at the NIH Clinical Center, being prepped for transplant surgery after a couple of weeks of chemotherapy. It was something they figured out after they met, McLaughlin said.

After all he went through, with the testing and the donation, McLaughlin was curious about who wound up with his bone marrow.

Program rules state donors and recipients can't meet for one year, but they could write each other anonymously through a third party. Letters could not have any identifiers.

They had both sent anonymous letters to each other on the day of the bone marrow donation.

"We both said to each other, like: 'I hope it goes well' ... I said something like, 'I hope this is what you need and this will work,'" McLaughlin said.

For a year, the pair exchanged a number of letters, and both said they wanted to meet.

That's when the care team at NIH had the idea to unite the pair. McLaughlin traveled to the clinical center at the same time Taylor was there for his one-year followup; the meeting was a surprise for Taylor.

McLaughlin said the care team brought Taylor to a room and showed a video about him. The last slide had McLaughlin saying he could not wait to meet Taylor.

"And then that's when I opened the doors and I walked in and we all started crying," McLaughlin said.

The pair, who now share an immune system, think of each other as brothers.

"I will always be grateful for Sean, and I will forever be in his debt. He saved my life," Taylor said.

McLaughlin said he wanted to share his story to raise awareness of the donor process.

"It's so simple to get on the registry," he said, "that it's almost like why wouldn't we do it?"