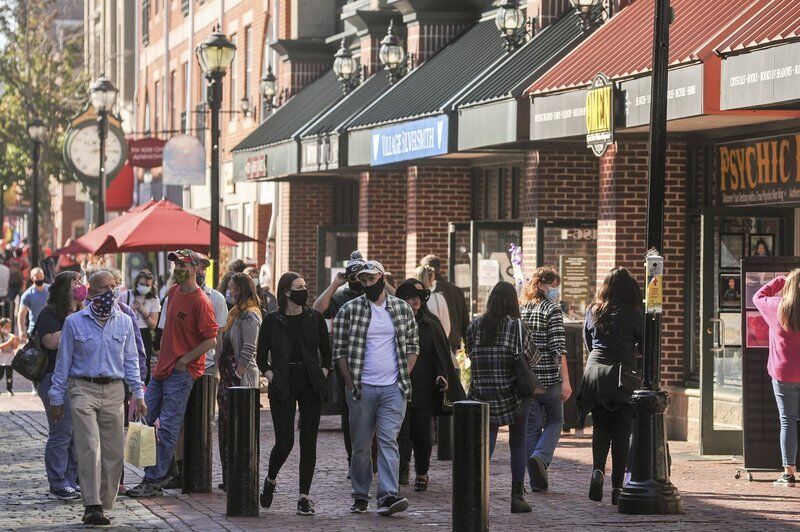 Despite the coronavirus pandemic, the number of visitors and tourists in Salem are just about the same Wednesday as they would be in a typical year. JAIME CAMPOS/Staff photo 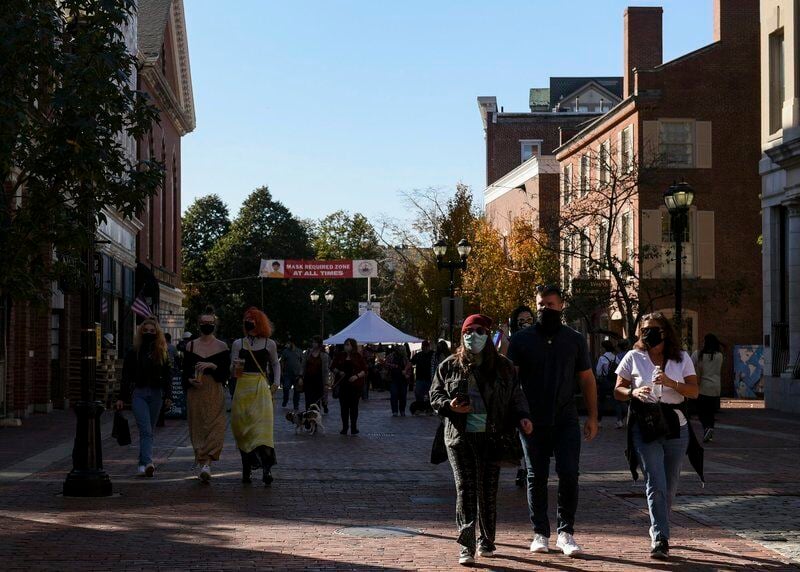 Visitors to Salem look for some Halloween fun Wednesday despite the coronavirus pandemic. JAIME CAMPOS/Staff photo

Despite the coronavirus pandemic, the number of visitors and tourists in Salem are just about the same Wednesday as they would be in a typical year. JAIME CAMPOS/Staff photo

Visitors to Salem look for some Halloween fun Wednesday despite the coronavirus pandemic. JAIME CAMPOS/Staff photo

SALEM — The city's past success in marketing itself as a safe, fall family destination is putting officials against the wall this season, as thousands from all over are visiting for Halloween despite the ongoing pandemic.

"It's been a challenge to get people not to come, despite (us) advising not to come, discouraging visitors in October — especially on the weekends," said Mayor Kim Driscoll. "That, in and of itself, isn't enough to keep people out."

After a long weekend that saw tourists turn out in what officials say are far greater numbers than they are comfortable with, city officials met with businesses along the Essex Street pedestrian mall Wednesday afternoon to discuss strategies for the coming weekend.

Among the ideas: setting up barriers to force lines to queue on the edges of the pedestrian mall, which would keep the center open for foot traffic.

During the meeting, Driscoll pointed to the ticketing systems several businesses have put into place to limit shoppers or diners waiting in line.

"I think about Count Orlok's, Village Tavern. Both had reservation systems, and if you had people waiting, they were moving through," she said.

That said, "we still have some challenges with businesses who don't," Driscoll said, "and they just don't have adequate space for queuing anyone."

The pedestrian mall, a popular brick-laden road that only allows foot traffic, has been an area of concern throughout the fall tourism season. The walkway, which runs between downtown Washington Street and Peabody Essex Museum, is dotted with shops, tourist attractions and eateries. At the height of Haunted Happenings, crowds in the pedestrian mall are shoulder-to-shoulder — which these days would make social distancing virtually impossible.

In an effort to cut down on the crowds over the weekend, police blocked off the pedestrian mall entrance at the Peabody Essex Museum.

"That did help thin out the crowd in the afternoon, and this weekend, we'll try to do more of that," Driscoll said. "The casual strolls through, it prevented that from happening at that entry point, and you could definitely see a difference."

During the Board of Health meeting Tuesday night, health agent Dave Greenbaum said Salem should be able to handle visitors who have already scheduled appointments or made reservations. It's those who are coming to the city without planning their trip in advance who are causing problems.

"It's amazing that people don't think there's anything wrong with gathering in crowds the way they are in Salem," Greenbaum said. "If we can eliminate some of that day-tripping, it wouldn't be so bad."

This past weekend, officials issued 168 parking tickets in residential parking areas, and more than 20 cars were towed, according to Driscoll. About 115 tickets were issued for the first weekend of the month.

As for Halloween weekend, officials on Wednesday shared potential crowd control strategies. Those include the possibility of downtown businesses being required to close early on Oct. 30 and 31, an idea that Driscoll said would likely be announced in greater detail next week.

"This isn't the place to be this Halloween. We don't want more people coming to our community," Driscoll said. "Stay tuned, more coming on that front."