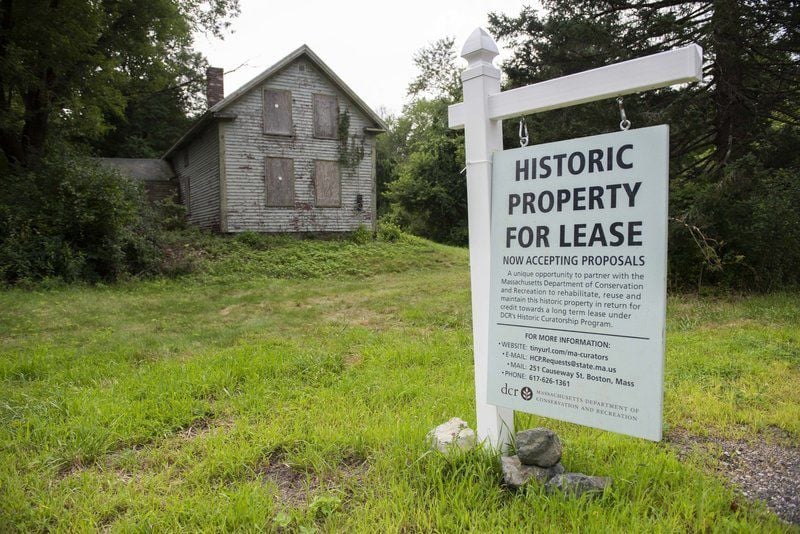 RYAN MCBRIDE/Staff photoA sign outside the Whitehead House on the edge of Willowdale State Forest in Ipswich calls for proposals from potential curators for the property. 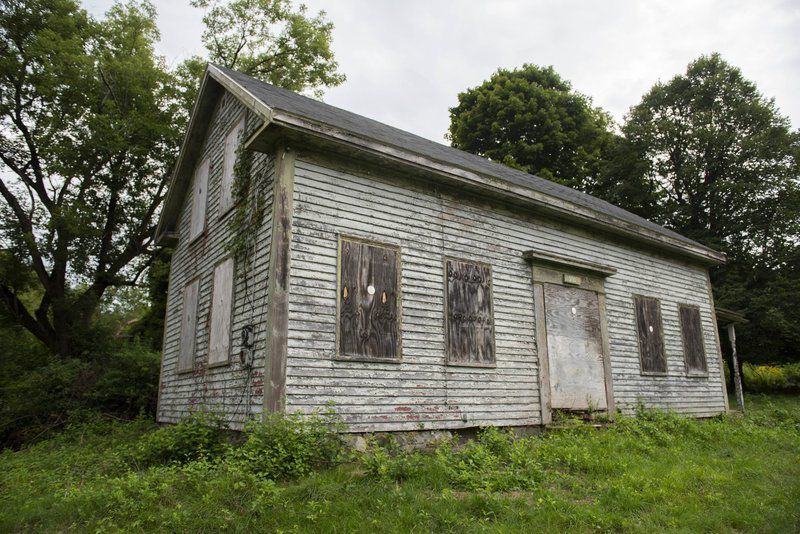 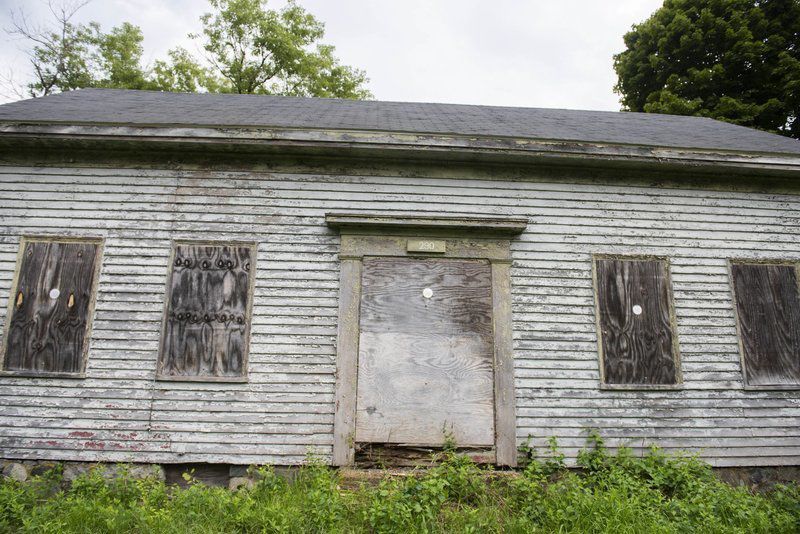 RYAN MCBRIDE/Staff photoThe state Department of Conservation and Recreation is looking for a curator to rehabilitate and maintain the historic Whitehead House at Willowdale State Forest for the next 30 years. 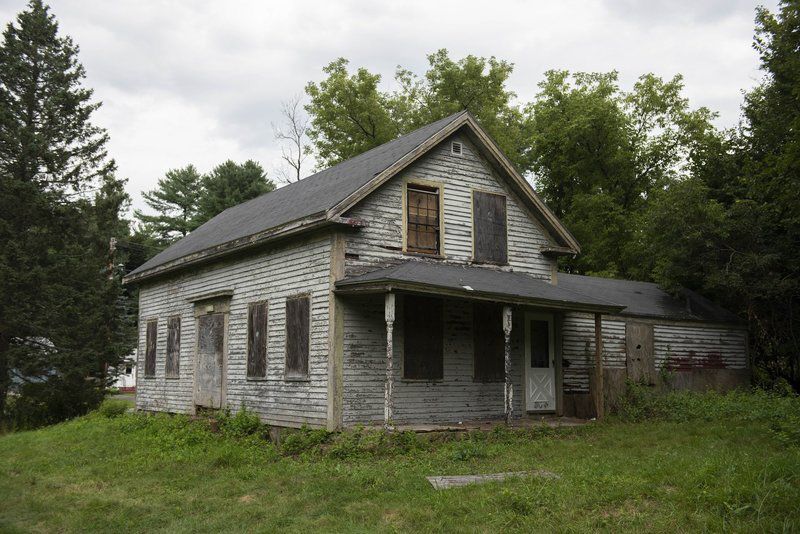 RYAN MCBRIDE/Staff photoThe state is looking for a curator to renovate and maintain the historic Whitehead Farmhouse in Ipswich on Linebrook Road. The 1840s farmhouse is on the edge of Willowdale State Forest. 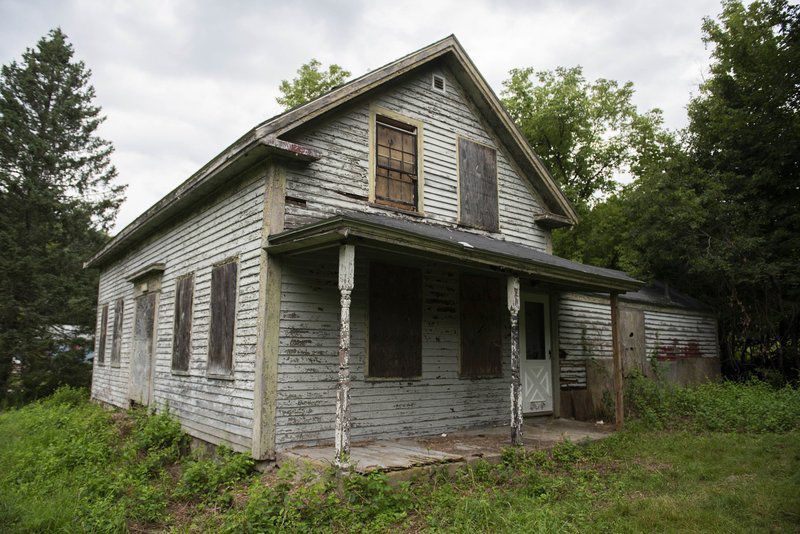 RYAN MCBRIDE/Staff photoThe Whitehead House dates back to the 1840s and once served as the headquarters and residence for the park superintendent at Willowdale State Forest.

RYAN MCBRIDE/Staff photoA sign outside the Whitehead House on the edge of Willowdale State Forest in Ipswich calls for proposals from potential curators for the property.

RYAN MCBRIDE/Staff photoThe state Department of Conservation and Recreation is looking for a curator to rehabilitate and maintain the historic Whitehead House at Willowdale State Forest for the next 30 years.

RYAN MCBRIDE/Staff photoThe state is looking for a curator to renovate and maintain the historic Whitehead Farmhouse in Ipswich on Linebrook Road. The 1840s farmhouse is on the edge of Willowdale State Forest.

RYAN MCBRIDE/Staff photoThe Whitehead House dates back to the 1840s and once served as the headquarters and residence for the park superintendent at Willowdale State Forest.

IPSWICH — In the years following World War II, Jim Tedford remembers his mother heating up a cast iron pan, wrapping it in newspaper and placing it on the foot of his bed.

The old farmhouse he lived in for nearly four years was always cold, he said, “but it was home.” The Whitehead House, which sits on the northern edge of Willowdale State Forest in Ipswich, had its own chicken coop, barn and large elm tree outside its door.

Tedford, 76, who previously owned Tedford’s Building Materials and Hardware, resides near his old home, which is now owned by the Massachusetts Department of Conservation and Recreation. He recently drove by the dilapidated property, seeing its peeling paint and overgrown landscape firsthand.

“We had good years there,” he reminisced of his childhood home. “It was pretty sad seeing how far gone it is now.”

In July, DCR announced a request for proposals seeking a curator to rehabilitate, manage and maintain the 1840s two-story farmhouse, which has been abandoned for more than 20 years.

As part of DCR’s Historic Curatorship Program, the desired curator will live and work in the house rent-free on a 30-year lease, says Kevin Allen, manager of the program.

Based on assessments of the property, Allen said the long-term lease is justifiable because of the substantial amount of work the house needs. While the interior is generally in good condition, he said, the farmhouse needs all new electrical, plumbing, heating, a septic tank, a new bathroom, and a number of smaller ticket items. DCR estimates the repairs will cost roughly $480,000.

“All preservation is an uphill battle,” added Allen, saying many developers would rather build new.

The two-bedroom, 1,400-square-foot house is known for its style of Greek Revival architecture, according to DCR. In the early 1900s, noted Boston attorney Bradley Palmer purchased the property from the Small family and incorporated the house into his expansive country estate. The house later served as the headquarters and residence for the park superintendent at Willowdale State Forest.

The forest contains 40 miles of trails in Ipswich, Hamilton, Topsfield and Boxford, and is bordered by Bradley Palmer State Park in Hamilton and Topsfield.

Allen said it’s rare to find a property like the Whitehead House that hasn’t been completely lost or dramatically changed in appearance.

“Somehow this little house has survived,” he said of the nearly 170-year-old home. “To preserve that legacy is important.”

Today, the challenge is finding the right person to pour much of their time and financial resources into the property, with no return on investment.

“It’s still a great house; most people just get overwhelmed,” Allen said of the home, which sits on 2,400 acres of undeveloped state forest land. “Those miracle workers are out there. The hard part is finding them.”

Interest in preserving the house dates back nearly a decade, when Allen said a group of neighbors requested the property be considered for the Historic Curatorship Program. DCR extended its deadline for proposals to rehabilitate and maintain the Whitehead House, but received no qualified offers. Allen said the request was put in three more times, and still met with no interest.

On Aug. 3, DCR held an open house at the farmhouse, where Allen said around a half-dozen perspective curators toured the site. Through a competitive process, he explained how curators are selected based on the quality of their proposals, experience in restoration and historic preservation, and financial resources.

The deadline for proposals is Tuesday, Sept. 17.

“There needs to be some personal connection,” he said for a potential homeowner to take on such a challenge. “We’ll keep trying until we find the right person to put the passion and love back into it.”

Since its establishment in 1994, the Historic Curatorship Program has preserved 24 historically significant properties in the state, according to Allen, amounting to more than $24 million of outside investments. About one third of the properties are located on the North Shore, he added, including the Willowdale Estate, which is now a popular wedding and special event venue.

There are three nearby Historic Curatorship Program properties, all in Bradley Palmer State Park — the Lamson House and Willowdale in Topsfield, and the Dodge House in Hamilton — that have also been considered subject to property taxes. But that won’t be the case with the Whitehead House — Ethan Parsons, Ipswich’s planning director, said that since the house sits on state-owned land, the city will not assess property taxes on this home.

Parsons added how important it is to continue preserving historic properties within town. But those completing the restoration work deserve much of the credit, he says, for their “labor of love.”

The town of Ipswich contains the most “First Period” houses, or Colonial architecture spanning from about 1626 through 1725, than any other city or town in Essex County, says Ipswich town historian Gordon Harris.

The historic Whitehead House, he says, is part of the Linebrook Parish historic area, which was a section of Linebrook Road following an old Native American trail that connected the town with Lake Cochichewick in North Andover. From there, Harris said, settlers populated the land for its agricultural land, like this old farmhouse.

“It’s important to us to preserve historic structures and the feel of the town,” he said. “When the houses are gone, the stories disappear.”