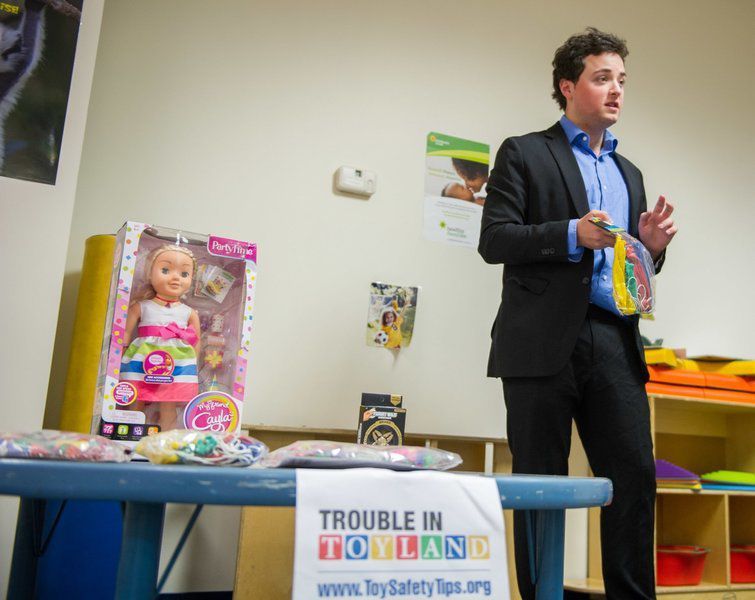 AMANDA SABGA/Staff photo.Jacob Munroe speaks during a news conference to release the MASSPIRG's 32nd annual Trouble in Toyland report and list of dangerous toys at the Salem Child Care Center.11/21/17 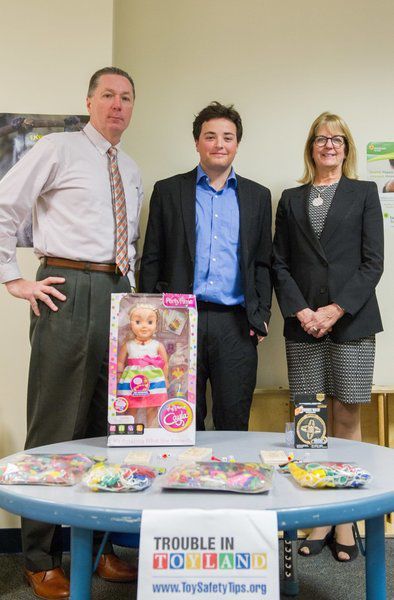 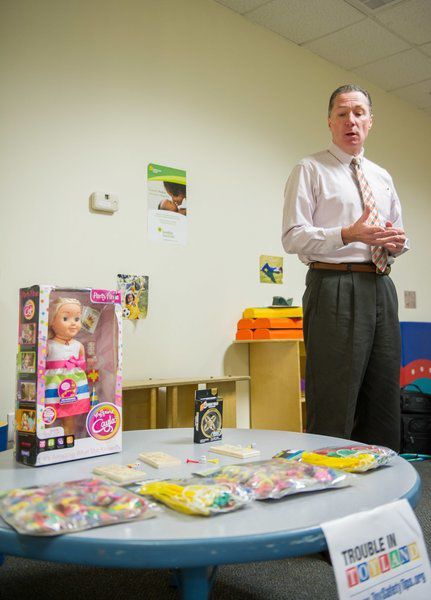 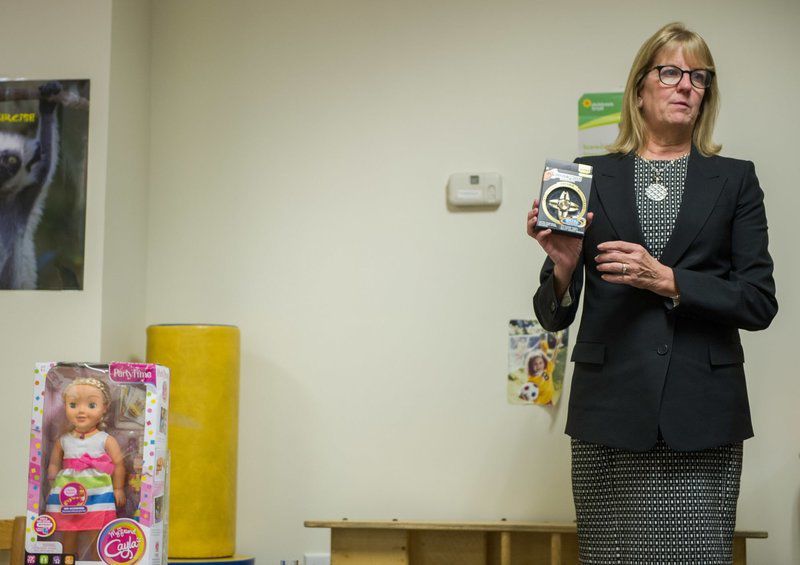 AMANDA SABGA/Staff photo.Jacob Munroe speaks during a news conference to release the MASSPIRG's 32nd annual Trouble in Toyland report and list of dangerous toys at the Salem Child Care Center.11/21/17

SALEM — A doll that connects to the internet and talks to your child and a fidget spinner that contains 300 times the amount of lead allowed are among the toys the U.S. Public Interest Research Group found that could be harmful to children.

With the holidays around the corner, the organization wants parents and caregivers to carefully consider their gifts and stocking stuffers.

"Our No. 1 priority is to make sure we protect young consumers from hazardous or possibly poisonous toys that are on the market," said Jacob Munroe, an organizer with PIRG's Massachusetts chapter.

PIRG has helped with the recalls of more than 150 child-related products over the last three decades.

The research group found hazards at a variety of retailers — from dollar stores to big name stores — and they weren't limited to a certain price range.

In a world where technology and privacy concerns go hand in hand, the "My Friend Cayla" doll is susceptible to hackers. The doll uses Bluetooth to connect to nearby devices, and when connected to the internet, "can answer almost any question."

While software used by the doll claims to protect children from vulgar language or photos, consumer complaints cited in PIRG's report indicate that its Bluetooth connection isn't secure. The toy has already been banned in Germany.

"It does pose a threat to your child's privacy," Munroe said.

The FBI warned parents this past summer about toys that connect to the internet, noting that they could collect information about children.

Studies found the "Fidget Wild Metal Series" fidget spinner contains "over 300 times the legal limit" for the acceptable amount of lead in a toy, per related laws. PIRG contacted Target, which stocked the toy, after receiving the lead test results. The store has since pulled the item from its shelves.

While lead exposure and potential invasions of privacy are concerning, choking is still the No. 1 killer of children when it comes to deaths related to toys between 2001 and 2015, representing 40 percent.

Balloons were most lethal while marbles and balls, plus a toy or a toy part were also responsible.

Other deaths occurred from toy boxes or toys kids can ride on, like scooters.

Tucker and Lovely both advised parents to be careful when choosing toys.

"When we look at things like this, these fidgets, very, very popular items, but who knows what the hidden dangers are?" Tucker said. "These toys should be fun ... but it's important that we're aware."

Lovely commented on how when her children were young, they may have gravitated to the talking doll. She said as a parent, she used PIRG's studies from the last 32 years.

"I wouldn't have known," she said.