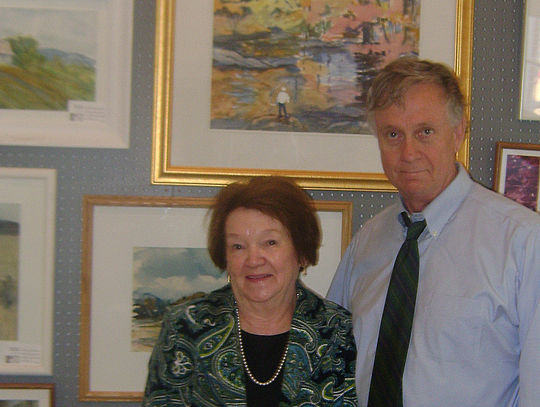 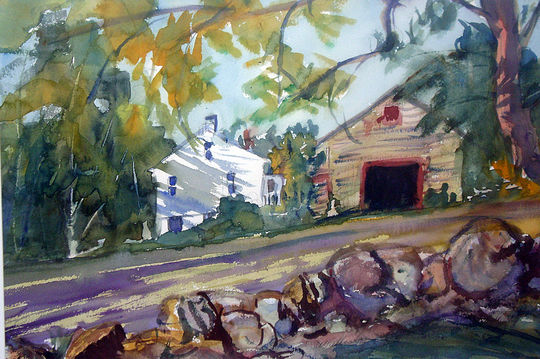 "Sun and Wind" by Ann Williams, on display and for sale at Danvers Art Association during the month of June.

"Sun and Wind" by Ann Williams, on display and for sale at Danvers Art Association during the month of June.

DANVERS — Up until this weekend, many of the late Ann Williams' paintings had only been exhibited in her home — under her bed, to be exact. The largest collection of Williams' work to date will be showing at the Danvers Art Association for the month of June.

Before Ann's passing in January 2009, she was a resident of Manchester for over 50 years, and a knowledge and love of the local landscapes are present in her award-winning artwork. Ann did not attend art school, but she honed her skills throughout her life by working under many artists on the North Shore. She mostly painted in watercolors, in both representational and abstract styles.

"She was a bit peculiar," he said, "and just as funny as you could be."

Archer, who owns an insurance company in downtown Beverly, befriended the quirky painter years ago when she would paint on Cabot Street.

"She was really a true artist," Archer said. "She had a real command in her work."

The Danvers Art Association is housed in a red brick schoolhouse built in 1916 on Route 62. Ten years ago the unused building was set to be demolished, but the Town of Danvers awarded the Art Association a lease on the building if they restored it. The building was originally designed by Lester C. Couch, the same architect behind the Peabody Institute Library in Danvers and the original section of the Danvers Savings Bank building.

The Danvers Art Association now uses the building for a permanent fine arts and crafts exhibit, as a place for its painting group to meet and for its occasional fairs and auctions.

In one of the old classrooms hang Ann Williams' scenes of lighthouses, coastlines and snow, as well as vibrant abstract pieces that Williams created with a blowing technique that Archer described as "gutsy."

Archer, who is also a painter, said, "She tackled difficult subjects."

Pointing to a painting of a rocky shoreline with brown tones, he said, "This may not be something that people want to put in their homes, but rocks are really tough to paint."

Williams never married or had any children so, when she died, her cousin, Pat Cassola, was named her next of kin. Cassola said the two of them never had a close relationship, there being a nine-year age difference between them, but she inherited Williams' paintings nonetheless.

Cassola, corresponding secretary of the Danvers Art Association, said that when she discovered her cousin's artwork, none of it was framed, and many pieces were shoved under the bed. Thanks to Cassola and the association, the paintings are finally being properly displayed. All of the pieces are for sale, with proceeds going both to Danvers Art Association and Cassola's family.

There will be a wine and cheese reception celebrating both the art and life of Ann Williams on Friday. The collection will begin showing on Saturday, June 5, and the Danvers Art Association will be open every weekend in June from noon to 4 p.m.

What: Wine & cheese reception celebrating the art of the late Ann Williams