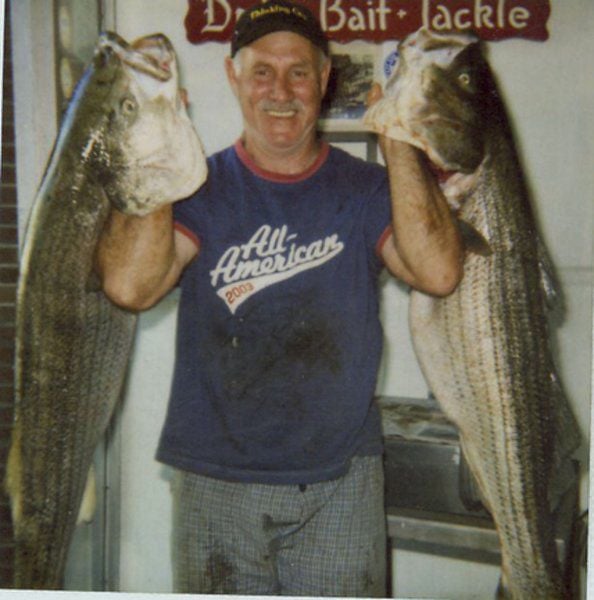 Roger Brisson of Danvers, pictured in 2009 with two stripers, had his arm punctured by the dorsal fin of a shark. Brisson, who fishes alone, had to call the Coast Guard for assistance. 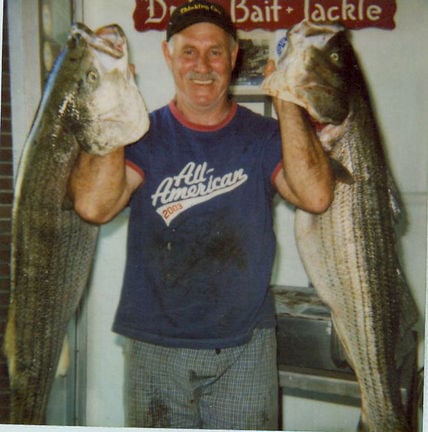 Roger Brisson of Danvers, pictured in 2009 with two stripers, had his arm punctured by the dorsal fin of a shark. Brisson, who fishes alone, had to call the Coast Guard for assistance.

DANVERS — Roger Brisson was having a pretty good day fishing Tuesday, hauling in a cod and some haddock, when things took a decidedly different turn, courtesy of a dogfish on one of his lines.

Brisson, a resident of Danvers who fishes out of Gloucester, was alone aboard his 26-foot boat Miss Molly about 16 miles off Gloucester when he landed the dogfish, a type of shark, on his hook.

"As I went to get him off the hook, he twisted around and punctured my arm with his dorsal fin," Brisson said Tuesday afternoon. "It went in about three or four inches, about a foot above my wrist."

Brisson, 69, a veteran fisherman, said he grew increasingly worried when the wound started swelling and contacted the U.S. Coast Guard watch station around 10 a.m. to ask for assistance.

"It just started to blow up," Brisson said, after being released from Addison Gilbert Hospital in Gloucester. "It was just one big swelling."

The Coast Guard dispatched a 29-foot rescue boat from Station Gloucester that included two members of Gloucester's Emergency Services squad. They arrived on the scene at 10:45 a.m.

The crew transferred Brisson to the Coast Guard boat, administered fluids and other treatment and transported him back to Station Gloucester, where an ambulance waited to take him to the hospital.

"I can't say enough how great the Coast Guard was," said Brisson, who was released from the hospital by mid-afternoon. "They were so kind and professional, very efficient. I was really impressed. And they brought my boat back in."

The Coast Guard said two of its personnel returned Brisson's boat to the Jodrey State Fish Pier and tied it up.

Brisson said he was prescribed antibiotics and expects to be back on the water "in a couple days." He was asked if he managed to salvage the cod and haddock.

Fisherman's call to the Coast Guard