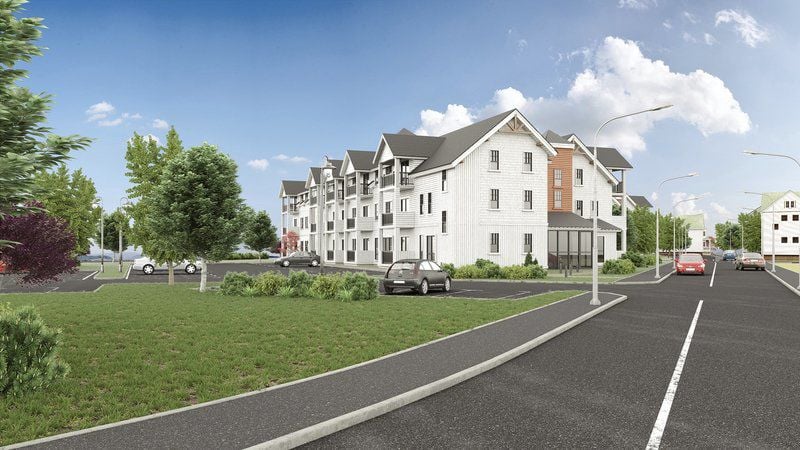 Courtesy renderingA rendering of what the new development will look like off Congress Street in Beverly. Sixty-two apartments are planned for the former Ventron site, with fitness centers, fire pits, a sports lounge, loaner kayaks and other amenities. 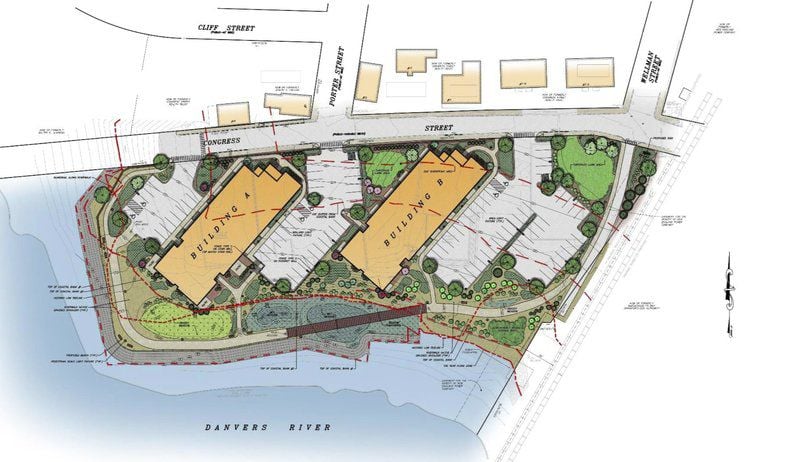 Courtesy renderingPlans for a new development at the former Ventron site in Beverly call for 62 apartments, with fitness centers, roof decks, fire pits and other amenities.

Courtesy renderingA rendering of what the new development will look like off Congress Street in Beverly. Sixty-two apartments are planned for the former Ventron site, with fitness centers, fire pits, a sports lounge, loaner kayaks and other amenities.

Courtesy renderingPlans for a new development at the former Ventron site in Beverly call for 62 apartments, with fitness centers, roof decks, fire pits and other amenities.

BEVERLY — A long-vacant piece of waterfront property has sold for $3.5 million and will be soon be home to 62 new apartments.

Procopio Companies, a Saugus-based developer, purchased the so-called Ventron site on April 1 and plans to start work there "immediately," according to company vice-president Mike Procopio.

"We're excited about it," he said.

The land at 10 Congress St., located on the Danvers River next to the Beverly-Salem bridge, has been slated for housing since 2007, when the city first approved a developer's plan for 72 condos.

That project never materialized, and the developer, Dennis Pantano, put the property up for sale last November. Pantano said previously that he had received 12 offers. The sale price of $3.5 million was above the listed price of $2.9 million.

The 3.7-acre site was home in the 1940s to a company called Metal Hydrides that converted uranium oxide to uranium metal powder as part of the Manhattan Project to make the world's first atomic bomb. The company later changed its name to Ventron. The federal government spent $11 million to clean up the site in the 1980s, and Procopio said his company will do more clean-up work, such as removing left-over asbestos tiles and an asbestos-lined pipe.

"That site has had more government agencies and more third-party eyes look at it than any site we've looked at," he said. "Everybody's looked at it and nobody has issues with it. All of the readings on the site are below all the safety and health-risk categories."

Procopio said permits previously granted by the city and the state to build on the property are still in effect and will allow construction to begin almost immediately. The plan is to open the apartments by the third quarter of 2020, he said.

The $20 million project will include a total of 62 apartments. Monthly rents will be from the "low to mid $2,000 range," Procopio said, "comparable to what they're getting on Rantoul Street."

The buildings will include fitness centers, roof decks, club/library space, fire pits and outdoor cooking, a sports lounge, and loaner kayaks and paddle boards for residents, he said.

The development will also feature a public boardwalk along the waterfront that was required as part of the permitting process. Procopio said the boardwalk will include lighting and public parking. The company will also contribute $385,000 to the Beverly Affordable Housing Trust, he said.

"We really like Beverly," he said. "We see a huge shift in downsizing baby boomers who want to still live on the North Shore, live on the water and have the conveniences of rental but with some of the amenities of a single-family home."

Ward 2 City Councilor Estelle Rand, who lives in the neighborhood, said the development will be a "big change" for residents after years of living near an abandoned site.

"It's really going to change the feel of Congress Street," she said. "That's a couple of hundred more people than we're used to in the area. But we need more housing in the city. I understand that feeling of not wanting more people, but at the same time, who am I to say, 'I live here. No one else can.'"

Rand noted that the development will provide public access with the waterfront walkway, and could lead to improvements to a small beach area at the end of Congress Street, where people could launch kayaks. The developer is also planning to repair the seawall.

The site now is often used as a place to dump large pieces of trash, like furniture and TVs, Rand said.

"There's a lot of good things about developing that space," she said.

Rand noted that the project was permitted in 2016 — when Windover Development was planning to buy the site and build apartments — so the public process has already taken place.

"I think a lot of us thought it was never going to happen," she said.