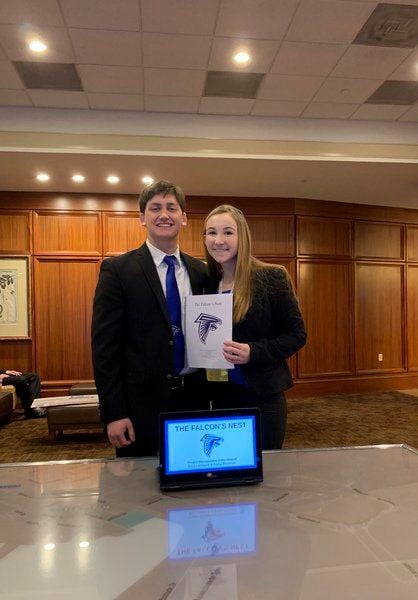 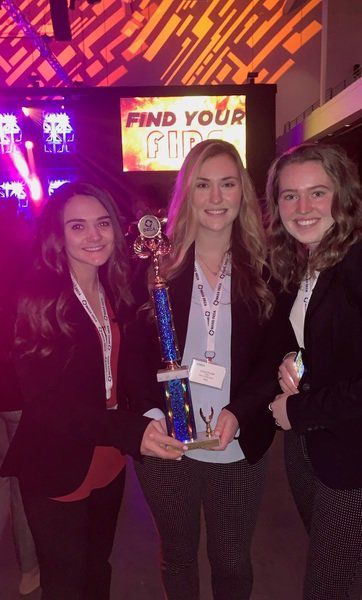 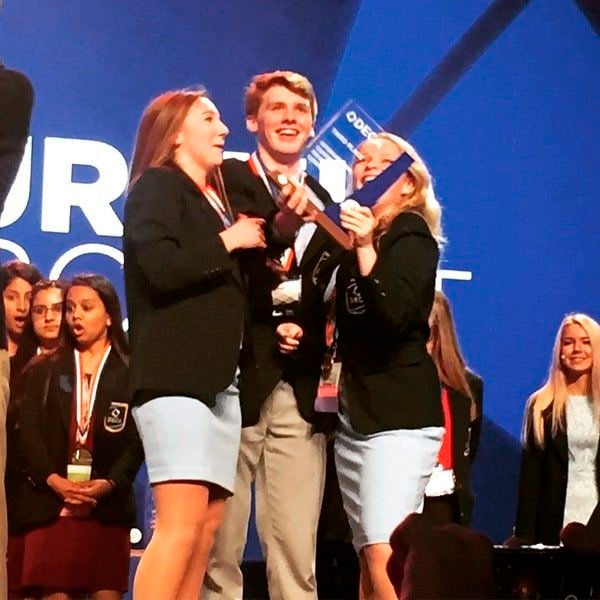 From left, Colby Thomson, Jack O'Neill and Reagan O'Shea after taking third place in ICDC in Atlanta in 2018. Courtesy photo 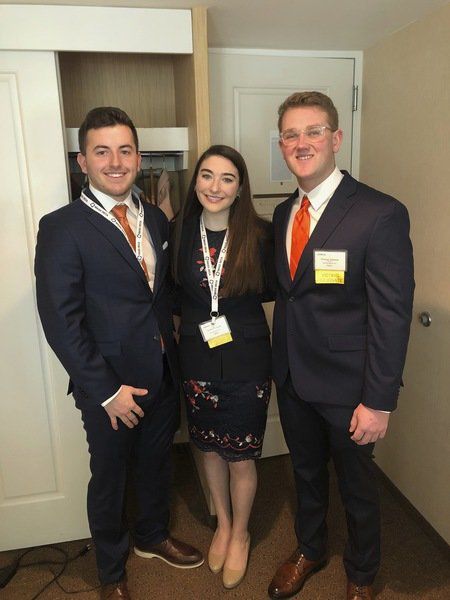 From left, Colby Thomson, Jack O'Neill and Reagan O'Shea after taking third place in ICDC in Atlanta in 2018. Courtesy photo

DANVERS — The coronavirus pandemic shattered the dreams of Danvers High DECA Club seniors of winning "glass" at this year's nationals in Nashville.

"Glass" refers to the glass trophies that the top three award winners are given in each category at the end of the international competition for high school business and marketing students.

On March 13, out of concern for participants health and safety, the conference scheduled from April 29 to May 2 was canceled. That meant 36 Danvers High students would not be heading to the Music City Center in Nashville.

Business teacher Meghan Symmes Beaulieu has about 250 students in the club, which focuses on developing emerging leaders in entrepreneurship, marketing, management and finance. Three seniors spoke about their DECA experiences by video conference on Friday.

Seniors Colby Thomson, 17, worked on a sales project, while Elodie Poussard, 18, worked on a project in career development with fourth graders.

"Four years ago in Nashville ... we won 'glass' for the first time," Symmes Beaulieu said. "It meant that they got first place in the world."

The next year, in Anaheim, two Danvers High groups placed second and another group placed third. In Atlanta, a group Thomson was a part took home 'glass' by placing third.

She said it was her opinion and that of math teacher Jeff Avigian (an assistant to Symmes Beaulieu) that this was the strongest bunch from Danvers High ever headed to nationals.

Poussard partnered with seniors Tom Walfield and Niko Nadeau on a career development project in which they taught Thorpe School fourth graders about public speaking, professional dress and creative thinking. At the end of eight weeks, they held a Shark Tank Jr. competition before a packed audience in the Danvers High auditorium.

"We were going to compete this and we were super excited. But what can you do?," said Poussard, who has been part of the DECA club for four years. She made it to nationals in her sophomore year and competed at nationals last year. She plans  to attend the University of New Hampshire to study business or entrepreneurship.

"Senior year competing would have been awesome," she added. "It was my favorite project I ever had."

Thomson went to nationals for three years, and in her sophomore year her group placed third and won glass. Last year, Poussard, Lombardi and Thomson competed together in Florida.

"I've had a lot of great experiences in DECA," said Thomson, plans to go to Roger Williams University to study marketing and a minor in data analytics. "It was definitely the highlight of my high school career just being able to travel, being in this sort of competition and just learn more about myself."

Cash partnered with Avery Purtell and Sam Pelletier on a financial literacy fair called "Credit for Life, held at the field house on Feb. 25. It's a program that has been held at North Shore Community College in the past. The event took place two days before the state DECA competition. That meant the event's results did not make it into their paper, but through their hard work and organization they placed first in their paper and overall for their project, Symmes Beaulieu said.

But Credit for Life won't be heading to Nashville for a chance at glass.

"It's definitely disappointing because I think we definitely had a chance of doing well," said Cash, who plans on attending Bentley University in the fall.