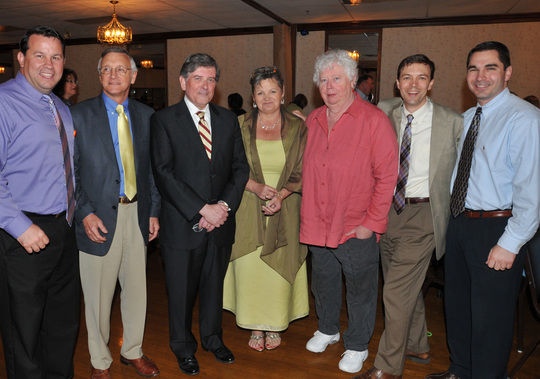 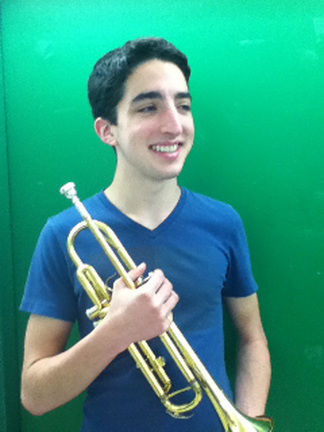 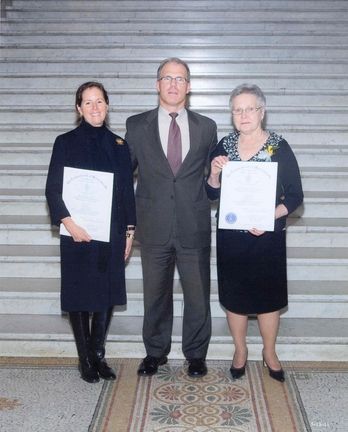 Leslie Tuttle, left, and Eleanor Soucy were honored last week at the Statehouse with "Unsung Heroine" awards. Above, the award recipients pose with state Rep. John Keenan of Salem.

Leslie Tuttle, left, and Eleanor Soucy were honored last week at the Statehouse with "Unsung Heroine" awards. Above, the award recipients pose with state Rep. John Keenan of Salem.

SALEM — Not long ago, the city rebranded itself with a new slogan: "Salem. Still Making History."

They even came up with a symbol that looks like a cross between a witch's hat and a sailboat. Kind of Bewitched meets Gilligan's Island.

Branding is the hip, new thing these days. Businesses hire consultants and pay them big bucks to come up with a new name and image. That's why the Peabody Essex Museum is now "PEM." The Salem Mission probably didn't hire consultants, but the homeless shelter folks rebranded as "Lifebridge."

Anyway, the subject came up last week at a board meeting of Destination Salem, the city's tourism office.

Salem Witch Museum Director Tina Jordan, a board member, brought along a newspaper clip from a 1925 Salem Evening News that had this headline: "Who Can Think Of A New Trade Mark For Salem."

Amazing. Almost a century ago, they were talking about re-branding.

"'The Witch City' is a fairly good trade mark," the article begins, confirming Salem was calling itself "The Witch City" back in 1925.

The article suggests other possible names for Salem.

That suggestion comes from the connection to the Naumkeag cotton mills, a big sheet maker, which was located where Shetland Park is today.

"Where We Make Your Sheets" has a certain ring to it. And it can change with the times.

When the Salem Laundry — now Derby Lofts — was a big employer, we could have been "Where We Wash Your Sheets."

If we keep handing out home rule petition liquor licenses like a drunken sailor, we could become "Salem. Four Sheets To The Wind."

If you're interested, the Hawthorne Hotel posted the 1925 article on its blog, Daily Diary.

The Massachusetts Commission on the Status of Women honored two local women last week. Leslie Tuttle and Eleanor Soucy received Unsung Heroine awards for 2011 in a ceremony at the Statehouse.

Tuttle is co-president and founder of Salem Community Gardens, chairwoman of the Park and Recreation Commission and a member of the Winter Island Master Plan Committee.

Soucy is a longtime supporter of the Woman's Friend Society and Emmerton House, and current board president of The Brookhouse Home for Women, a residence for elderly women on Derby Street.

Soucy, who recently led a major building project, was cited for her "unselfish dedication, inexhaustible energy and personal commitment" to the women who call Brookhouse home.

Rumor has it a new gift shop will be opening on Derby Street next to "In A Pig's Eye" restaurant.

The Pig Next Door.

They threw a party last week for Nancy Pelletier, who is retiring as principal of the Bentley School.

A big crowd turned out at the Knights of Columbus for Pelletier, who headed Bentley the past four years. Before Bentley, she was assistant principal and a curriculum coordinator at Collins Middle School.

"She has a passion for making sure underdog kids get what they need," said Collins Principal Mary Manning.

She also was probably the School Department's best knitter.

Pelletier, who battled illness the past few years, is hosting a "Nancy's Stand" fundraiser for cancer research June 16 at Hamilton Hall.

It's not easy being a golfer in Salem.

The 2011 season at Olde Salem Greens opened with everything a golfer could want — except food and drink.

Last season's purveyor, Engine House, decided not to rebid on the concession contract. When the city went looking for a new concessionaire, nobody applied.

Then a call came from a butcher shop and restaurant in Lynn. The city has since signed a contract with Lynn Meatland, which is in the process of getting a liquor license for the course.

So, ladies, if your husband comes home Saturday and doesn't want dinner, it could be because he had spare ribs on the second tee, lamb chops in the bunker on the fourth hole, and a leg of mutton on the eighth fairway.

Lynn Meatland ... the name doesn't have quite the cache of Tavern on the Green.

Just so we don't get sued, Lynn Meatland is a popular sandwich shop that once handled concessions at a local country club.

Although athletes grab the headlines, this might really be the city of musicians and performers.

Did you know that the school's color guard, which was down to three members three years ago, recently won the New England Scholastic Band Association Championship? Those 19 color guard members did a great job.

And, earlier this month, 84 SHS students returned from the Heritage Music Festival in Chicago with the grand prize out of 17 schools from the U.S. and Canada.

WitchPitch, the new a cappella group, and the jazz band won gold medals and were the highest-scoring choral and instrumental groups at the festival.

Simonetti, with junior Jabari Tovar, took part in all six musical groups, and won his Maestro awards for a trumpet solo with the jazz band and for vocal arrangements for WitchPitch.

Talk about a star.

Rumor of the week

Did you hear Charlie Walsh, the former Carlton principal, may be running for City Council?

Isn't there a local quota on the number of Walshes that can hold elective office at one time?

Congressman John Tierney's legislation to designate Salem as the birthplace of the National Guard passed the U.S. House of Representatives yesterday as part of the National Defense Authorization Act. The measure must now pass the Senate and then be signed into law by the president.

The nation's first militia, which was the foundation for what would become the National Guard, first mustered on Salem Common in 1637. The Salem City Council unanimously adopted a resolution naming Salem as the birthplace of the National Guard in 2007. The state Legislature adopted a similar resolution last year.

In an era of mega-plexes, the little theater that could is quite a story. It will celebrate its fifth birthday with $5 ticket prices.