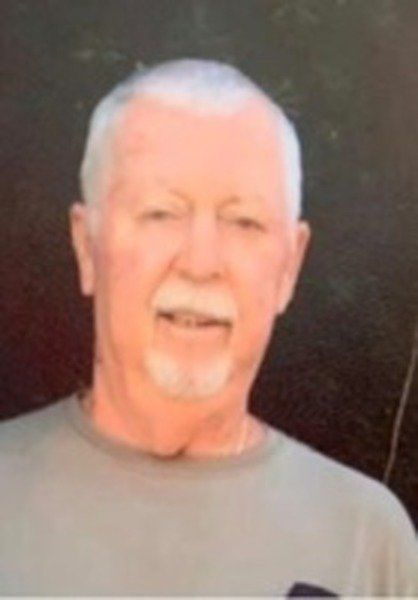 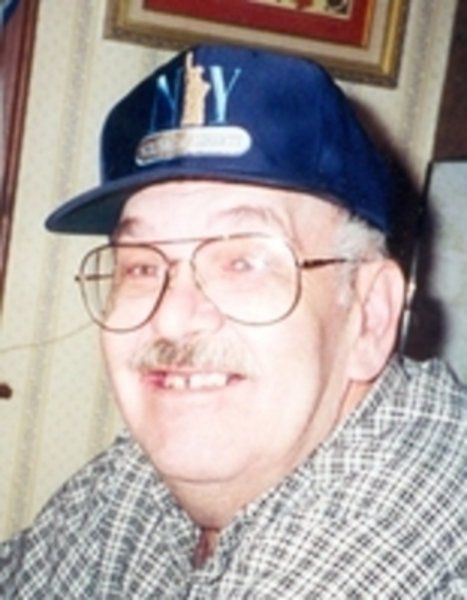 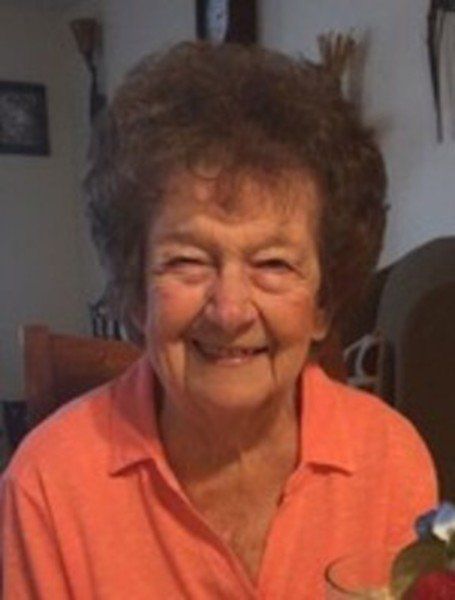 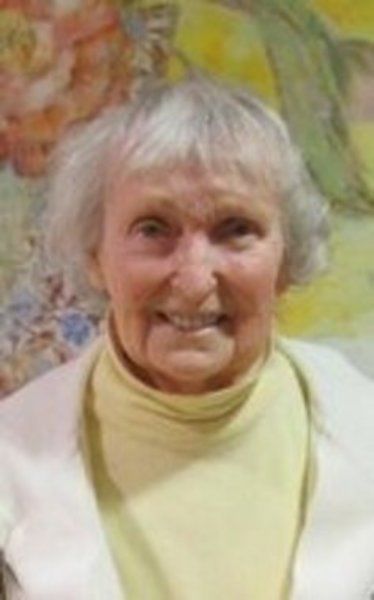 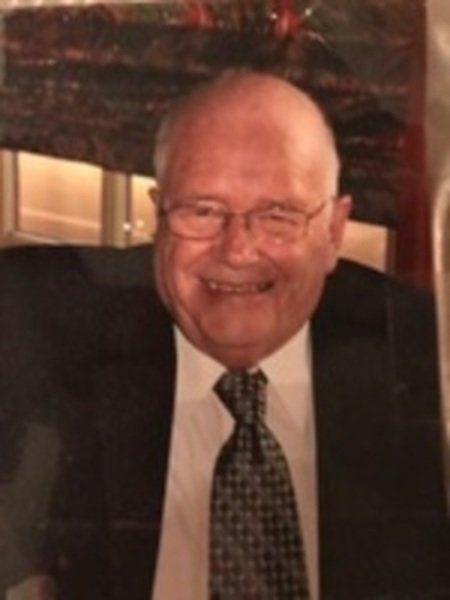 The daily numbers are relentless and numbing. In the United States, more than 55,000 people have died due to COVID-19, the disease caused by the cornoavirus. In Massachusetts, it's more than 3,100. In Essex County, more than 380.

Their deaths are mostly taking place in isolation, with families unable to visit, funerals limited to a few close loved ones, celebrations of life delayed until a safer time.

The Salem News today remembers the lives of a few of the local victims of the pandemic.

Frederick Proulx Jr. was deaf in one ear, so he wasn't allowed to be on the front lines while serving for the U.S. Army in the Korean War. But Proulx had a way of making himself useful in any circumstance, so he became a cryptographer, decoding messages in a communications hub outside of Seoul, South Korea.

When he retired after a long career at the United Shoe Machinery Corp. in Beverly, Proulx reinvented himself as a docent at the Ipswich River Wildlife Sanctuary. He and his fellow volunteers formed a club called Crepusculo Anonymous, named after the Spanish word for twilight, and would meet at night at each others houses to discuss the great outdoors.

"He was self-educated about nature," said his son, also named Frederick. "He had a library of books on birds, flowers, plants. Anything he was interested in, he devoured a ton of material."

Proulx died on April 13 at Chelsea Soldiers Home in Chelsea, where he had lived for the last two years and received exceptional care, his son said. Proulx was moved into a separate ward for coronavirus patients after he tested positive. In order for him to be able to talk to his family, a nurse put her cell phone in a Zip-Loc bag, to prevent the spread of the virus, and let him use it.

"We got to tell him we loved him," his son said.

Proulx died two days later. His funeral was held on a cold, rainy day with snow on the ground, at St. Mary's Cemetery in his hometown of Beverly. Only immediate family members were allowed to attend. His coffin was draped with an American flag. Before Proulx was buried, next to his wife, two soldiers in dress uniform neatly folded the flag and gave it to his son.

"Then we all went home," he said. "We're planning a celebration of his life for later."

For more than 30 years, Helen Tanguay put in long hours as a nursing assistant at the Pilgrim Nursing and Rehabilitation Center in Peabody, then came home to take care of her four children.

"She had physically hard work at the nursing home, but she never complained," said daughter Gail Goodwin. "She was dedicated."

Tanguay died on April 20 at Beverly Hospital due to congestive heart failure and suspected complications from COVID-19, according to Goodwin. In the weeks before her death, she was quarantined at Brightview Assisted Senior Living in Danvers, where her family visited with balloons to celebrate her birthday from outside the window.

Tanguay was born in Salem and raised her family in Peabody. She was married to her husband, the late Leo Tanguay, for more than 60 years.

Helen and Leo were partners in more ways than one. Leo liked to build miniature doll houses by hand, which he gave to his grandchildren and donated to nonprofits and school fund-raisers. Helen would decorate the houses, picking out the wallpaper and matching rugs.

"She was just a wonderful spirit," Goodwin said. "She had a kind word for everyone. She was a beautiful person inside and out."

For the Forsythe family, death in the middle of the coronavirus pandemic meant heading straight from the funeral to the nursing home.

Sally Forsythe, 83, died on April 2 after suffering a heart attack. But her family did not inform her husband, Emery, of his wife's death because he was in a nursing home and wouldn't have been able to attend her funeral.

So when Sally Forsythe was buried at Cedar Grove Cemetery in Peabody, his family gathered up funeral flowers, a prayer card, and the basket of roses surrounding a crystal cross that had been placed on her casket and brought them to the Rosewood Nursing Home.

The nursing home staff brought the flowers to Emery's room and held up an iPhone for him to speak to his family, who remained in the lobby. "That's when I told him my mother — his wife — had passed," said their son, Tracy Forsythe.

Tracy Forsythe described his parents as people who worked hard to provide for their three children growing up in Lynn and Peabody. Emery worked for Essex Electric; Sally was a nurse at J.B. Thomas Hospital.

"Family always came first before an extravagant vehicle or vacation," Tracy Forsythe said. "They tried to stay positive through life."

As a long-time employee for the Beverly Public Works Department, Richard Kiddle took his share of blows. One day he got hit in the head with a backhoe and needed 27 stitches. Another time, he almost died after a metal bar went into his side.

But Kiddle was a hard man to keep down. He exercised every day either by walking, riding his bicycle, lifting weights, or shadow-boxing in the living room.

"He would always say, 'I'm like a bull,'" said Sandra LeClaire, his long-time companion.

Kiddle was a big fan of boxing. He had hundreds of books on the sport and liked to visit the Boxing Hall of Fame in New York. He loved to tell stories about plowing the streets during the Blizzard of '78, and he never missed a Beverly-Salem Thanksgiving football game.

When he was near death with COVID-19 at Beverly Hospital, a priest gave him last rites over the telephone, even though Kiddle was unconscious.

"At least he's at peace, I hope," LeClaire said.

Elaine Bolgatz was a familiar face around Beverly, where she and her husband had lived since 1956. She helped produce the show "Living the Good Life" on BevCam, the local cable station. She was a volunteer teacher of English learners at Beverly Bootstraps. She was a regular golfer at Beverly Golf and Tennis Club, attended services at Temple B'nai Abraham, and for 25 years sat in on art history classes alongside college students at Endicott College.

Under normal circumstances, the death of a community member like Bolgatz would have resulted in a large turnout for her services. Instead, only eight people were allowed to attend her burial due to the coronavirus pandemic. One of her sons and grandsons watched via FaceTime on her granddaughter's phone.

"It was very surreal," said her daughter, Ivy Mahan. "I wasn't even allowed to stand at the grave. We had to wait for them to lower my mother into the grave before we could walk over."

Mahan said the most difficult part of her mother's death was the fact that she died with no family by her side. A social worker at Lahey Hospital in Burlington held up a cell phone so that Mahan could speak with her mother in her final moments.

"They put her on the phone and I tried to offer comforting words," Mahan said. "I told her, 'Pretty soon you're going to see daddy, your brothers."

Mahan said her mother was a "loving woman" who led a "blessed life." She said she is thankful for the compassionate care she received in her final days, and for the many people who have reached out to the family.

"It's just so hard to grieve and stay positive when the world is in such a difficult place," Mahan said. "It just shifts to much of what we take for granted."